The arrival of newcomers in the country poses a risk to “social cohesion and integration,” the secret memo reportedly said

The arrival of tens of thousands of Ukrainian refugees in Ireland risks undermining “social cohesion and integration” in the country, a secret cabinet memo to the government has reportedly predicted.

According to an article published by the Irish Independent on Saturday, the country’s ministers were told that the current level of Ireland’s humanitarian response to the conflict in Ukraine could become unsustainable in the coming weeks. The memo reportedly stressed that there was a risk that the newcomers would be left without accommodation, education, income support or employment in Ireland.

Particularly dangerous was the situation in “deprived communities” where the arrival of Ukrainian refugees could undermine “social cohesion and integration.”

The paper described the memo as the “first evidence of concerns at the highest levels of government about the impact of this crisis on communities across the country,” which have recently faced a massive influx of newcomers. 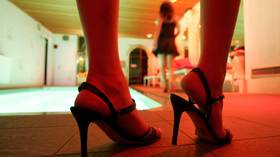 Among the areas likely to feel the brunt most, the Independent claimed citing the memo, are Ireland’s public services, as well as transport, travel and the tourism industry. The effort to support the refugees may have an impact on the “wider population,” according to the memo, including “the unsustainability of that very model of humanitarian response, additional budgetary pressures, and increased demand for public services” – some of which already have “unmet demand.”

As many as 5,000 people could reportedly end up without accommodation in the near future, assuming that around 250 refugees arrive daily in the Emerald Isle. Waiting times for accommodation are also reportedly projected to increase.

All in all, more than 30,000 people arrived in Ireland from Ukraine since Russia launched its large-scale military operation against Ukraine in late February. More than 21,000 of them are seeking accommodation from the state, according to the report. At the same time, fewer than 2,000 of the refugees who have arrived in Ireland have active employment.

More than 6.4 million people have fled Ukraine since the fighting broke out, according to UN data. The vast majority of them, nearly 3.5 million, went to neighboring Poland. Romania and Russia became two other major destinations for Ukrainian refugees, with around 900,000 people going into each country.

Wendy Williams speaks out on battle with Wells Fargo over money