MANILA, Philippines — National University PEP squad coach Ghicka Bernabe stressed she is not questioning their third place finish that ended its two-season reign, but she couldn’t stop wondering about the change in the judging system of the 2022 UAAP Cheerdance Competition.

Long regarded as the standard of the midseason extravaganza after winning six of the last seven seasons with its fast-paced stunts, the NU PEP Squad failed to complete its “three-peat” and settled for bronze on Sunday at Mall of Asia Arena.

But for the multi-titled coach, her team did well.

“I think my team did really well. If there’s a wobble in the segment of our stunts, I don’t think it will affect the routine entirely. I’m just being honest. Being in this industry for how many years, I don’t want to question the results but I believe my team did well,” Bernabe lamented.

The NU PEP Squad scored 681 points with six-point penalty and  deduction. FEU Cheering Squad ranked first in every scoring department with a total of 727.5. points had no penalties and deductions in its clean routine, while  Adamson PEP Squad also didn’t get any deductions as the runner-up with 688.5 points. 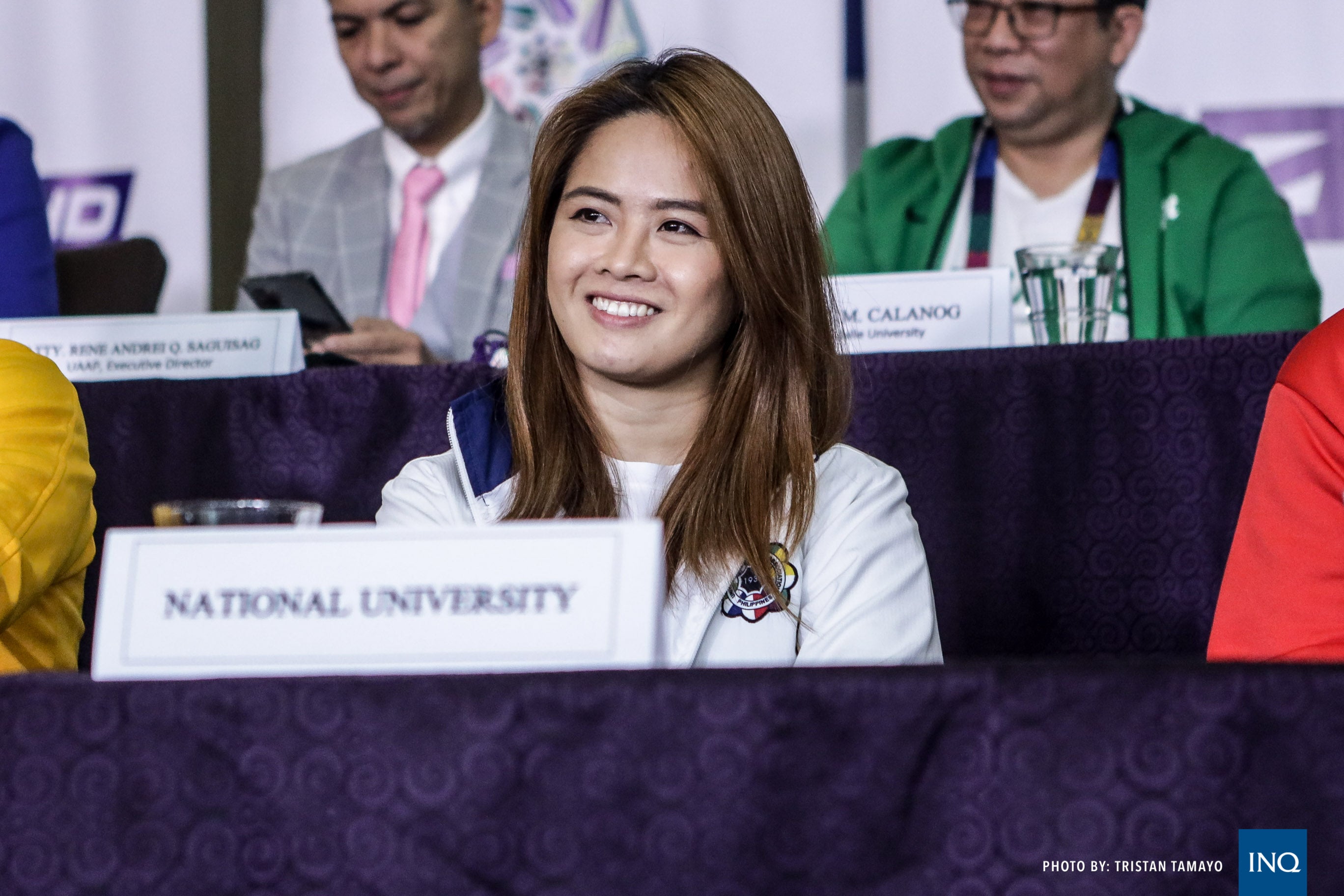 Bernabe admitted she couldn’t understand the judging in this unique cheerdance competition, which was limited to only 15 performers and a three-minute performance without the presence of the drummers.

“I think recently, there’s a change in the (judging) system or their basis. Now I am analyzing what should I do – do I still have to ask them to execute death-defying stunts and pyramids? Or will we just somehow [do something] that is safe,” Bernabe said. “Honestly, I’m confused. All of the coaches are confused, even my kids (cheerleaders). Should I push them more?”

“Kulang na lang paliparin ko, ibato ko na lang sila mag-isa or should I say okay na to? (I was close to tossing them up myself.) I can’t explain. I’m still weighing the standard,” she added.

Bernabe stuck to their high risk, high reward fast-paced routine because it worked wonders in the past two seasons and helped them dominate in the 2010s.

“We want to gather, we want to collect, we want to earn points, even if there’s a wobble the points are still there. If that’s the basis next time, then we will just change the formula,” she said.

“For me, it’s close to perfect performance. If there’s a wobble, as far as I remember, it wasn’t a fall in our Stunts II. Maybe it’s just two points, there’s a touch down in our landing. But still, my hopes were high,” she added.

The NU coach congratulated the winners, especially her alma mater FEU and her close friend, Adamson coach Jam Lorenzo. But she admitted that she didn’t watch their performances because they are not focusing on other performances.

Bernabe also revealed that they changed one player, which she didn’t name, after he or she ruled ineligible due to lack of a document.

“Three days before the competition, unfortunately, we changed one player because one document (he or she) lacked. We made a lot of adjustments, especially in one pyramid,” she said. “We did not expect that the player would be ineligible. So there’s a sudden change and it was really challenging.”

Despite the end of their reign, Bernabe is still proud of her pep squad for living up to their supporters’ expectations.

“NU Pep Squad lived up to the expectations of our supporters, especially with the level of difficulty with the breath-taking performance. They did really great, amazing,” she said. “Unfortunately, we did not win the title, maybe I’m still shocked. I can’t still process at this moment but I told my team that you did great and as your coach I am still your number one fan. They are fearless.”

Giants get torched by Justin Herbert in ugly loss to Chargers