All the Must-See Shows, Fairs, and More

For the first time in what feels like ages, there are simply too many options when it comes to a day (or night) of taking in art. The Whitney and Venice biennials are back at long last, and in May all eyes will be on the newly minted New York Art Week, followed by the Frieze art fair. Between all that and the resurgence of gallery openings and blockbuster exhibitions all over the world, it’s hard to know where to begin. Here, a guide to all the goings-on you’d do well not to miss this spring.

It’s a testament to just how beyond prolific Virgil Abloh was that he’s had more projects roll out since his untimely death last November than seemingly anyone else in fashion. In keeping with his egalitarian ethos, his latest, on view at Greenpoint Terminal Warehouse in Brooklyn from May 21 to 31, is open to the public and free of charge. Abloh loved a collaboration, and one of his last—47 of his takes on Nike’s iconic Air Force 1 sneakers, in the capacity of his role as head of Louis Vuitton’s menswear—will give you a good idea of what you may have missed. Yes, the exhibition is highly Instagrammable; the floors light up, and there’s a treehouse in nod to Abloh’s childhood. But the inspirational quotes peppered throughout will also get you thinking. In addition to so much else, Abloh was a pro at dispensing wisdom.

Louise Bourgeois at the Metropolitan Museum of Art

Louise Bourgeois was studying painting in 1930s-era Paris when one of her teachers—none other than Fernand Léger—suggested that she take things three-dimensional. She didn’t do so immediately, and the canvases she made in the years that followed are getting their due in an unprecedented survey that opens April 12 at the Met. 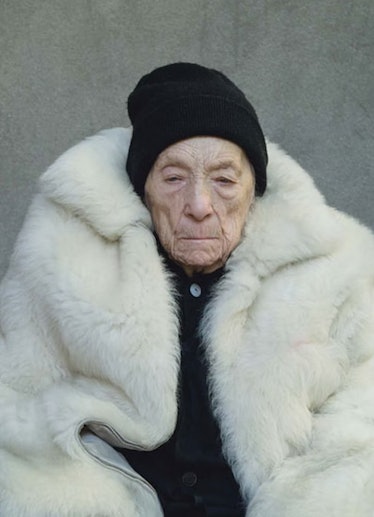 On April 12, at David Zwirner’s London location, American abstractionist Susan Frecon debuts a new series of oil paintings and works on paper that continue her investigation into color as something to be experienced rather than looked at. In an upstairs space, “Drawn to Remember,” the Indian artist Mahesh Baliga’s first solo exhibition outside of his home country, features slightly surreal, semi-autobiographical paintings of figures in seemingly quotidian situations that feel emotionally supercharged. Their small scale (the artist refers to them as “lap-sized”) invites close viewing and contemplation. 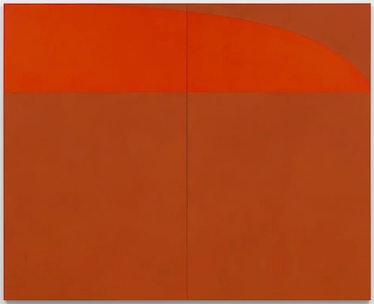 Deana Lawson’s intimate portraits of Black life are somehow both stark and lush, personal and stunningly universal. The first museum survey of the 43-year-old artist’s work, on view at MoMA PS1 from April 14 to September 5, features 50 photographs taken over the past 18 years, including images from her family album, as well as studio and documentary pictures. Anyone who has ever caught themselves staring at the album art for Blood Orange’s Freetown Sound (Lawson’s “Binky and Tony Forever”, 2009) will be delighted to step into her world. 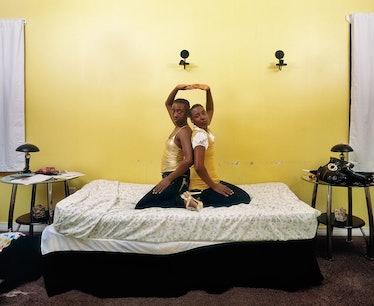 Westbeth, a building in New York’s Greenwich Village that was converted into affordable housing for artists and their families in 1970, has a storied history. It was the site of Keith Haring’s first solo exhibition, and headquarters for Martha Graham and Merce Cunningham’s dance companies. From April 21 to May 27, in the still-thriving colony’s gallery space, the roving curatorial outfit Bungalow is holding a punchy group show that will showcase work by contemporary artists alongside that of former Westbeth residents. Also part of the dynamic mix: a selection of design pieces, including ceramics and decor.

Henri Matisse at the MoMA

The Museum of Modern Art is putting Henri Matisse’s The Red Studio (1911) front and center in an exhibition of the same title opening May 1. For the first time since the artist painted it at his studio in Issy-les-Moulineaux, the canvas will be reunited with the six paintings, three sculptures, and one ceramic work it portrays. There will also be photographs and drawings that illuminate the artwork’s backstory, including the rejection from the patron who commissioned it. 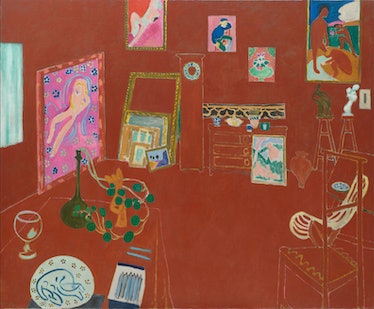 From May 5-12, the satellite fairs that too often get overlooked during Frieze’s East Coast edition are stepping into the spotlight with New York Art Week. Altogether, Independent, NADA, the Future Fair, and TEFAF will feature more than 350 galleries, and they’re only four of the 23 total founding participants. Christie’s and Sotheby’s have aligned the dates of their Contemporary Art sale previews, and institutions such as the Guggenheim, the Studio Museum, the New Museum, and the Brooklyn Museum are highlighting their current and upcoming exhibitions. (Make sure to catch the latter’s wide-ranging Warhol exhibition before June 19.) 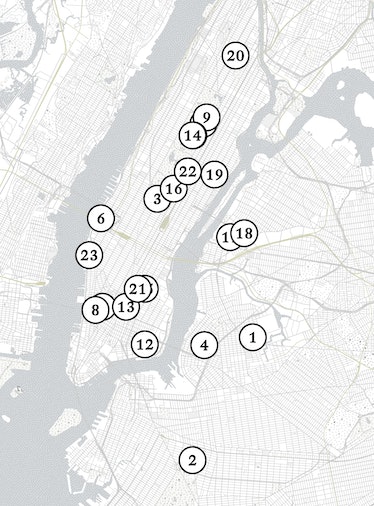 Having established himself as instrumental in elevating Los Angeles to an art world capital, David Kordansky is expanding his focus to the East Coast. His namesake gallery will officially join the Chelsea scene on May 6, when Lauren Halsey will inaugurate the space with her first solo exhibition in New York City. Kordansky has again teamed up with wHY Architecture’s Kulapat Yantrasast, who was notably behind the gallery’s major L.A. expansion in 2020. 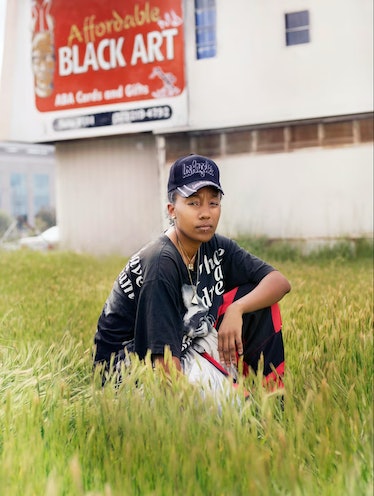 Currently under major renovation to improve its accessibility, the Brooklyn-based arts and community center Pioneer Works is taking its beloved Supper Club series on the go. Locations include its neighbors Red Hook Labs and the Brooklyn Grange, as well as the James Beard House in the East Village. The roster of chefs that will take charge from April 26 into the fall includes Jen Monroe of Bad Taste and Tony Ortiz of Chile Con Miel.

“In America: An Anthology of Fashion” at the Met

Between the action-packed red carpet and the star power, it’s easy to forget that the Met Gala is technically about the Costume Institute’s annual exhibition. The 2022 edition, which opens May 7, is the second part of a deep dive into American fashion. This time around, curator Andrew Bolton has enlisted eight directors—Sofia Coppola, Martin Scorsese, Regina King, Chloé Zhao, Janicza Bravo, Autumn de Wilde, Tom Ford, and Julie Dash—to complement the nearly 100 garments on view with cinematic vignettes.

Courtesy of the Metropolitan Museum of Art 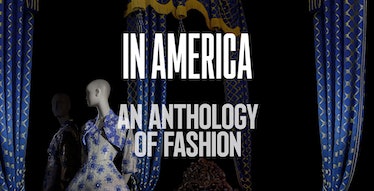 52 Walker, the Tribeca outpost of David Zwirner helmed by Ebony L. Haynes, has a little something for the homebodies. Send an email to [email protected], and you’ll receive an application for a library card that will grant you access to a selection of titles that can be checked out for four weeks at a time. (Others can be reviewed on-site.) Highlights from the collection include the Kim Gordon collection Is It My Body? and a wide selection of readers from the artist Kandis Williams’s publishing imprint Cassandra Press on topics such as reparations, white saviors, Get Out, and misogynoir. 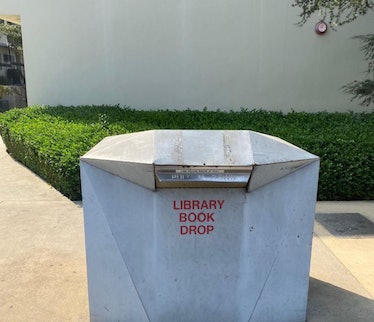 This article was originally published on 04.13.22

Defending Carrie Bradshaw’s New Looks on And Just Like That

Choosing the Best Way to Calculate Cost Basis on Crypto