The Jets’ complete 2022 schedule was released Thursday night. Here are the highlights and what to expect from Weeks 1-18 this season.

The Jets have not won a season opener since 2018 and it feels like that won’t change this year. The Ravens are primed for a bounce-back season after an injury-filled 2021. The new-look Jets defense will get an immediate test from Lamar Jackson.

Denver has traditionally been a tough place for the Jets to play. They have been outscored 49-0 in their last two trips there, including last year’s 26-0 debacle. Now, the Broncos have Russell Wilson at quarterback. This one could be painful to watch for Jets fans.

Buffalo enters this season as a Super Bowl favorite and this will be a great test for the Jets. It’s never fun to play in Buffalo in December and the Bills will probably be fighting for the playoffs. The Jets have talked about playing meaningful games in December. They can start with this one. The Jets are 0-12 against the AFC East in the last two seasons.

You have to go deep into the schedule to find an “easy” game. The Bears are in full rebuilding mode with a new coach and general manager, and quarterback Justin Fields had a shaky rookie season.

The Jets should be thankful for the bottom feeders in the NFC North. Detroit may be improved from last year but they still do not look very formidable.

The Jets’ lone prime-time appearance of the season comes against Trevor Lawrence and the Jags. Urban Meyer is out and Doug Pederson is in. The Jets beat Jacksonville near the end of last season. Can they do it again a few days before Christmas?

The question here is simple: Who is at quarterback for the Browns? Deshaun Watson may be suspended for this one and that would change the complexion of this game dramatically. The Jets have not won a game in September since 2018. A Watson-less Browns may be their best chance.

One of the most shocking results of the 2021 season was when the Jets beat the Bengals, who then went on to win the AFC. Cincinnati will be motivated for this one. New Jets C.J. Uzomah and Carl Lawson will get to face their former team. Maybe Mike White should start this one. 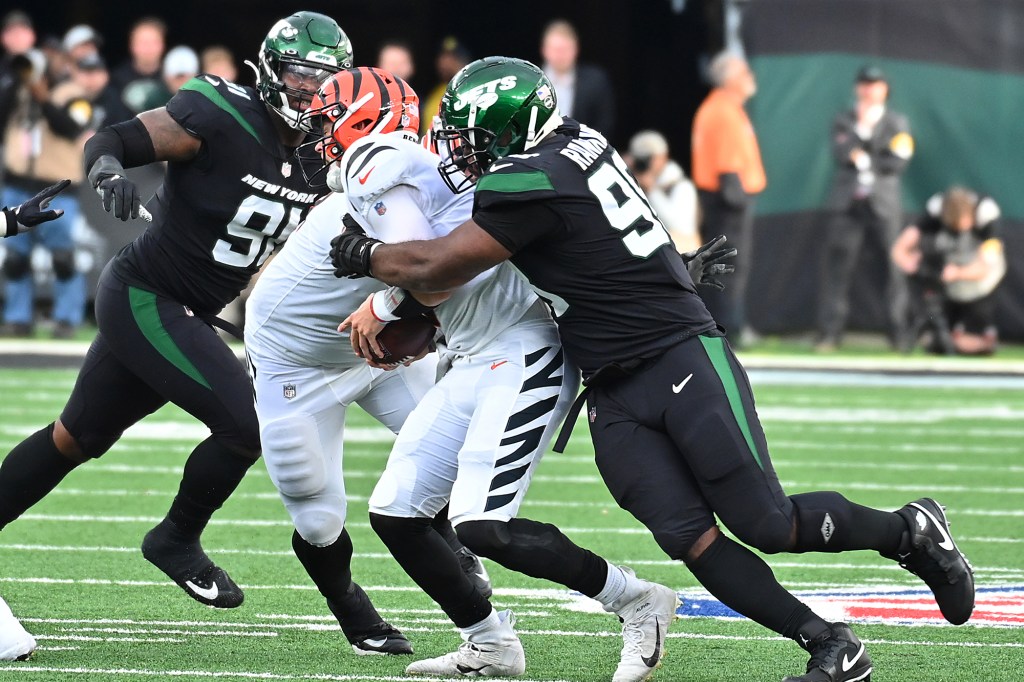 The Jets upset the Joe Burrow and the Bengals last season. Robert Sabo

The Jets tried to swing a trade for wide receiver Tyreek Hill in March but he landed in Miami instead. Now, the Jets have to cover him. That will be a fun storyline to watch in this one.

The Jets get the bye in Week 10, which feels like a really good spot. It is a little beyond the halfway point. It should give the Jets a good chance to get healthy and regroup after a tough first-half schedule.

The Jets have a brutal schedule to start the season. In the first nine weeks, they play five teams that made the playoffs last year, two other teams that traded for marquee quarterbacks and a Ravens team that should be ready to bounce back. The Jets are a better team than last year on paper but this season could spiral away from them quickly.

Dell, Cisco, and HP vs. Apple and the hybrid-work test

First Flight Delay Due to Inclement Weather on Another World