Another enthralling Premier League season is nearing its end as Manchester City and Liverpool battle it out for the crown.

Only one point separates the two most dominant teams in football today with four games left for each.

As this list by FootballToday shows, these two teams have shared the last four Premier League trophies. While Pep Guardiola’s men bid to win back-to-back Premier League titles for the second time in five seasons, the Reds are seeking their second domestic triumph in three years.

Despite lagging narrowly behind the Etihad outfit, Jurgen Klopp’s high-flyers seem to be in better shape to conquer the league and maintain their dream of a historic quadruple.

Liverpool have barely put their foot wrong in the second half of the season and have momentum firmly on their side after qualifying for their third Champions League final in five years.

Ahead of the highly anticipated Champions League final against Real Madrid, Mohamed Salah named the Reds the ‘best team in Europe,’ as relayed by the Daily Mail.

Here, we assess the runners and riders in the battle for supremacy in England’s top division.

The Merseyside heavyweights can ill-afford to drop a single point between now and the end of the season if they are to pip Man City to the title.

Klopp’s men head into the business end of the season with their confidence at a historic high following a 5-2 aggregate triumph over Villarreal in their Champions League semi-final tie.

Tottenham Hotspur’s upcoming visit to Anfield will put Liverpool’s title credentials on a stern test, but the Reds’ imperious domestic form suggests it could be a mere formality.

Since losing 1-0 at Leicester City in late December, Liverpool have gone unbeaten in their subsequent 15 Premier League matches (W13, D2), winning the last three in a row by an aggregate score of 7-0.

After meeting Spurs at the weekend, the Reds will face Aston Villa, Southampton and Wolverhampton Wanderers in the remaining three league fixtures, all of which look more than winnable. 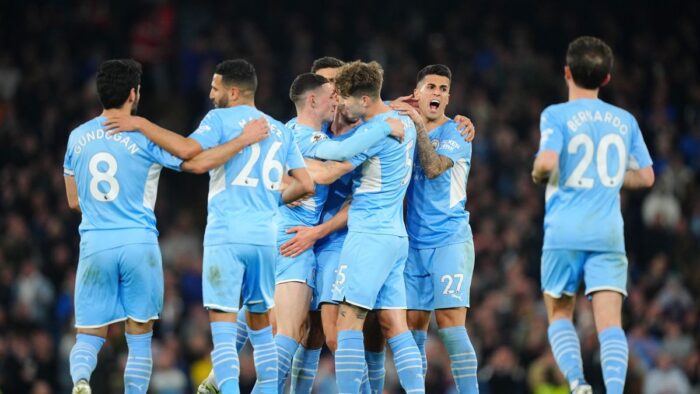 Man City appeared on the verge of defending the Premier League trophy at the turn of 2021, but the title run-in has taken several major twists in the second half of the season.

An underwhelming 3-2 home defeat to Tottenham in mid-February, coupled with a pair of draws with Southampton and Crystal Palace, pulled Liverpool back into the title race.

The reigning English champions suffered a morale-crushing Champions League elimination to Real Madrid last time out, squandering a 2-0 aggregate lead in the stoppage time at the Santiago Bernabeu.

Though they should be no match for the Cityzens in normal circumstances, there is no doubt that another heartbreaking Champions League exit has taken the wind out of City’s sails. 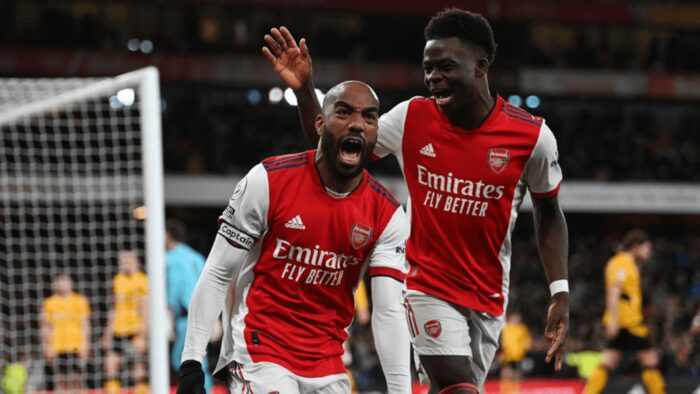 The Gunners have picked themselves up from a dreadful start to the season to mount the most genuine top-four bid in the post-Arsene Wenger era.

Mikel Arteta’s men have roared back to leapfrog Manchester United and Tottenham in the Premier League standings, and underperforming Chelsea could be the next to fall victim to Arsenal’s rich vein of form.

Inspired by a run of three consecutive league triumphs over Chelsea, Man United and West Ham, the Londoners now aim to beat the Blues to a third-placed finish.

Arsenal will take on bottom-half Leeds United at the Emirates Stadium on Sunday, looking to capture another win and potentially reduce a three-point deficit on Thomas Tuchel’s side.

With Chelsea experiencing a rotten spell of form, we back the Gunners to finish third and return to the Champions League for the first time in six years. 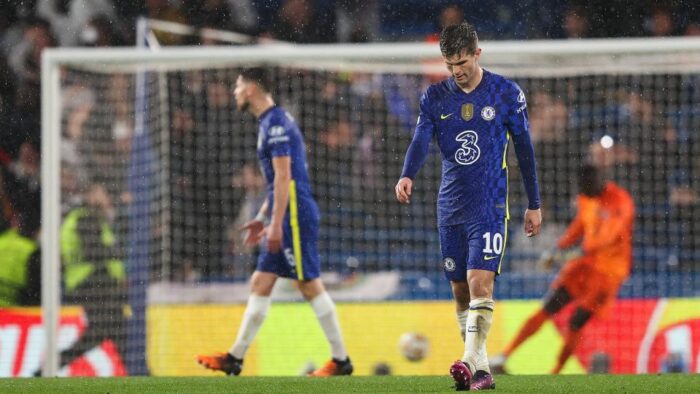 Not long ago, the Blues looked destined to join Man City and Liverpool in next season’s Champions League group stage from third, but it is now longer the case.

A return of one win from their last four Premier League outings (D1, L2) have seen Chelsea’s lead on closest followers Arsenal melt down to three points.

On the bright side, Tuchel’s men have matches against Wolves, Leeds, Leicester and Watford waiting in the wings down the final stretch, with none of their upcoming rivals enjoying the best of times.

Two victories in the four remaining rounds should do the trick and we expect Chelsea to make it happen. 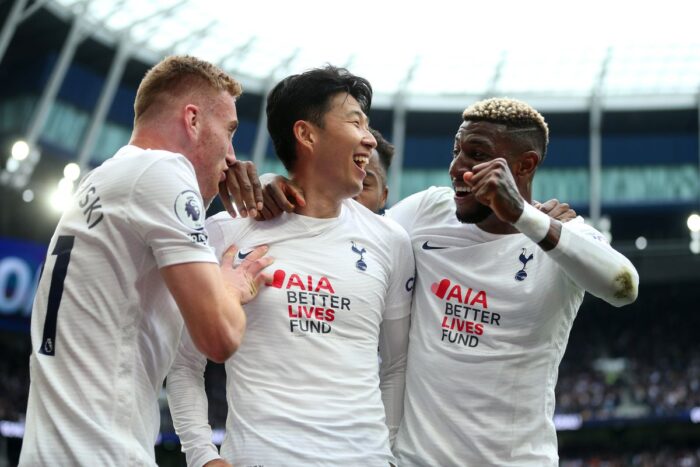 Despite Antonio Conte’s utmost attempts to get Tottenham’s stuttering domestic campaign back on track, Spurs will likely fall short in this keenly-contested top-four race.

The north London powerhouse made light work of understrength Leicester last time out, running out 3-1 victors to end a run of consecutive league games without winning (D1, L1).

Spurs were seemingly on the cusp of pipping Arsenal to a fourth-placed finish following a run of four straight Premier League wins, but things have gone south since mid-April.

Conte’s team failed to land a single shot on target in back-to-back league clashes against Brighton & Hove Albion and Brentford, causing them to lose ground on the Gunners.

Despite getting back to winning ways against Leicester last weekend, Tottenham have one hell of a schedule awaiting them in the final four rounds.

After a daunting trip to Anfield to meet Liverpool, Spurs will lock horns with Arsenal in a top-four six-pointer at home, hopeful of avenging a dismal 3-1 defeat in the reverse fixture.

Burnley’s visit to the Tottenham Hotspur Stadium on the penultimate matchday could prove equally tricky, given the Clarets’ recent upturn in form.

Spurs should have no problems overcoming already doomed Norwich City on the final weekend, but it could be too little too late for them to return to the Champions League after a season-long absence. 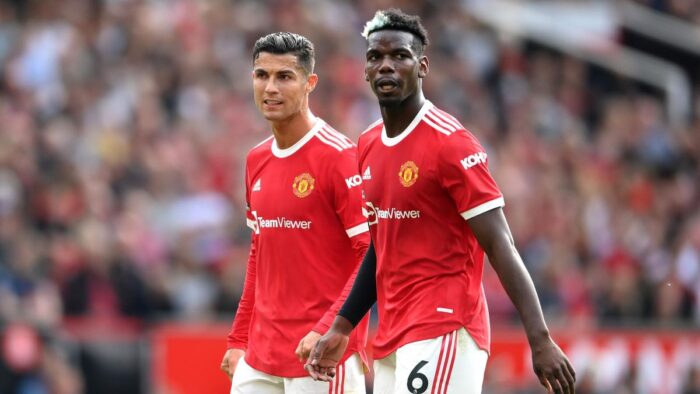 It has been another humiliating season for Man United, who will end a fifth successive season without a trophy.

The club find themselves at yet another crossroads as Ralf Rangnick’s men have to settle for an unsatisfying sixth-place finish and a berth in next season’s Europa League group phase.

The summer signings of Jadon Sancho, Raphael Varane and Cristiano Ronaldo fuelled the Red Devils’ hopes of challenging for their first Premier League title since Six Alex Ferguson’s departure in 2013.

Humbled in virtually every high-profile fixture this season, including multi-goal margin defeats to Arsenal and Liverpool in April, Man United are set for another lacklustre finish.

Potential victories over Brighton and Palace on the last two matchdays will hardly settle the fans’ nerves, but it would be a good way for Rangnick to wave goodbye to the Old Trafford crowd.

Can Trump Power a Carpetbagger to Victory in West Virginia?