PHILADELPHIA — In need of offense on a chilly day, the Mets turned it over to their resident Polar Bear on Sunday.

Pete Alonso homered in the first inning of this doubleheader’s nightcap. He roared even louder with a fifth-inning blast that screamed off the bat at 111 mph and built the Mets a formidable advantage.

In the end it helped get the Mets a 6-1 victory and split against the Phillies at Citizens Bank Park. The Mets were cold offensively in Game 1 and lost 3-2.

Alonso totaled five RBIs with his two homers, allowing the Mets (20-10) to win the series. Chris Bassitt allowed only one earned run over 5 ²/₃ innings in the nightcap.

Francisco Lindor delivered a two-out single in the first before Alonso cleared the left-field fence against Cristopher Sanchez. With the Mets ahead 2-1 in the fifth, he launched a two-out blast against Nick Nelson with Brandon Nimmo and Mark Canha aboard. Alonso’s seven homers and 26 RBIs both lead the Mets.

After two straight rainouts, the Mets were waterlogged at the plate during Game 1.

The Mets went 1-for-6 with runners in scoring position, most notably missing an opportunity in the seventh after receiving walks from Alonso and Eduardo Escobar to begin the inning against Jose Alvarado. The lefty Alvarado struck out the next three batters: Dominic Smith, Starling Marte and Luis Guillorme.

Max Scherzer succumbed to weak contact in allowing three earned runs on 10 hits over six innings. Nine of the hits against Scherzer were singles, and seven of them had an exit velocity of 77 mph or less. The loss was Scherzer’s first in his last 25 regular-season starts. Jake Arrieta (2015-16) was the last MLB pitcher to go 24 straight starts without a loss. 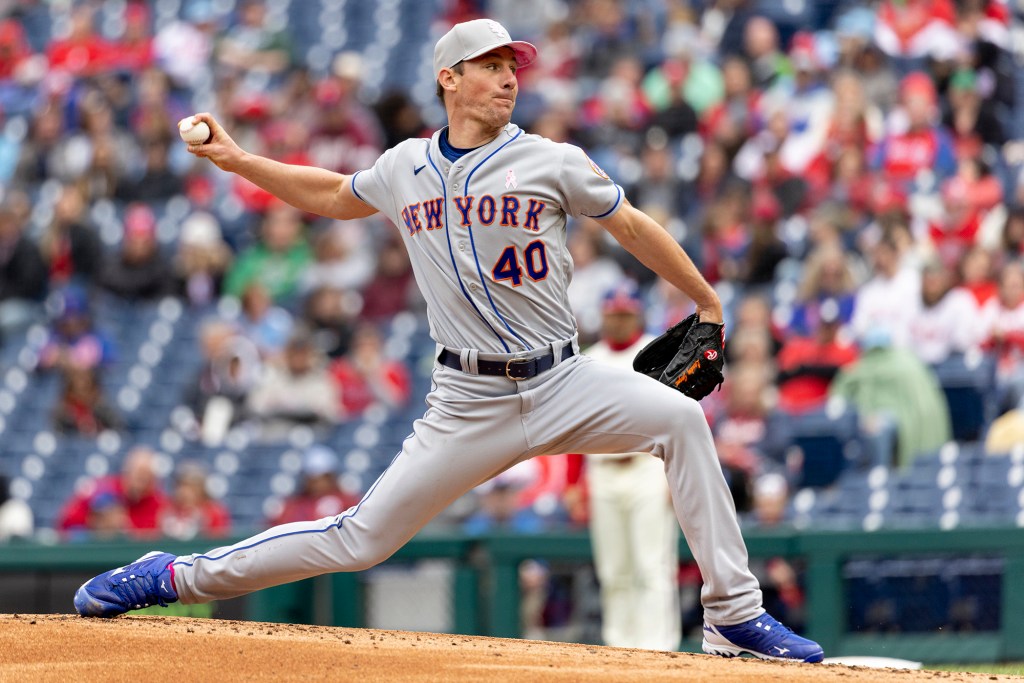 “Heck of a run,” Scherzer said. “Obviously it takes your teammates to do that, but it’s also cool to be a part of it. You have got to go out there and give your team a chance to win. That’s your job as a starting pitcher … I feel like over the last handful of starts here, I have been doing that, at least giving the team a chance to win and they have been picking me up. It’s kind of a team stat, but it’s good to have a role in it.”

Bryce Harper hammered a 94 mph fastball that was left over the plate for a homer in the first inning that gave the Phillies their first run. Harper also homered against Scherzer last Sunday night at Citi Field. 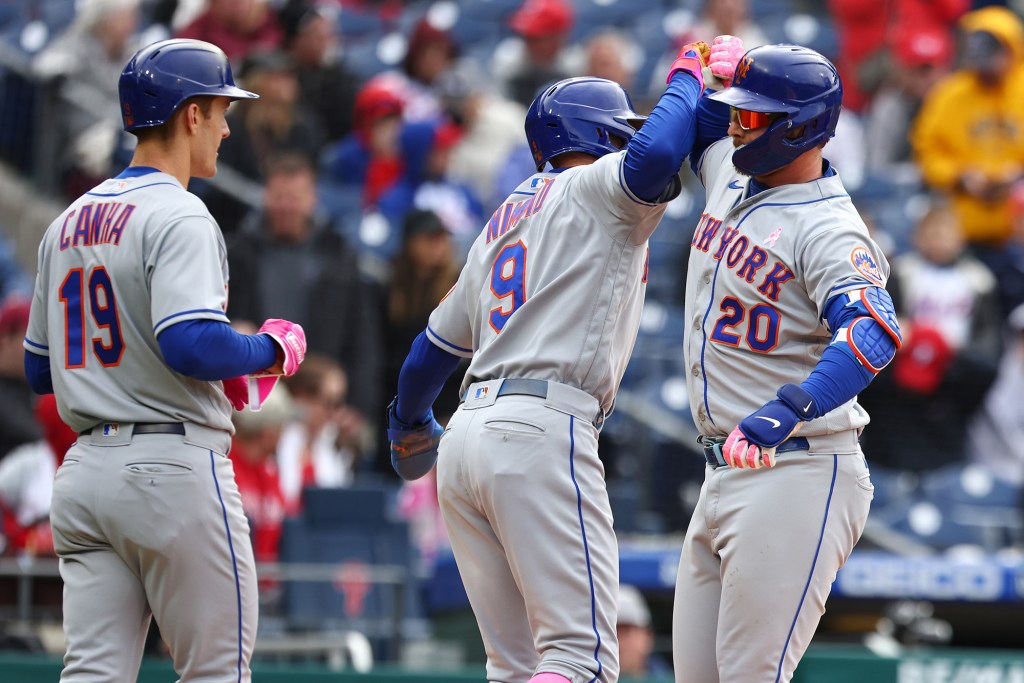 Pete Alonso celebrates his second home run in the Mets’ Game 2 win over the Phillies on Sunday.Getty Images

Three straight singles against Scherzer — the last of which was delivered by Harper — extended the Phillies’ lead to 2-0 in the third. In the fourth, Bryson Stott’s RBI single widened the Mets’ deficit to 3-0. The single was the Phillies’ fourth of the inning.

“Today was just a grind,” Scherzer said. “I tried to navigate their lineup again — I made a mistake to Harp — but I was executing pitches. It’s part of baseball for them. It felt like they got a lot of singles to fall in, but that is just part of the game.”

In his previous start, Scherzer allowed four earned runs over six innings against the Phillies.

Marte’s leadoff double in the sixth led to the Mets scoring their first run of the game against Kyle Gibson, on James McCann’s double-play grounder. Lindor stroked an RBI double that pulled the Mets within 3-2 after Brandon Nimmo’s two-out single.

Cheesy Stuffed Mushrooms that are Classy and Delicious!