Replay reviews designed to ‘get it right’ lead to more nonsense

Perhaps those of us born at night were born last night.

It is now nearly impossible to tune to any sports event without suffering the removal of common sense from our ability to discern it from nonsense.

The Rangers likely lost Game 1 of their Stanley Cup series Tuesday against Pittsburgh to another unintended application of all sports’ replay rules. That occurred when a goal late in regulation was disallowed by the microscopic, freeze-frame triumph of “perhaps” over “maybe.”

The call on the ice of a goal was not reversed due to clear evidence of interference on the goalie, which initially led to a conspicuously wrong decision. Instead, there was a lengthy delay to inspect video in order to reach a second opinion, one that as easily could have been the first opinion before it, too, was reversed by a second opinion.

I don’t know which call was correct, but the second guess was given time for forensic examination and consensus from a video nerve center in Toronto, where a second-guess conclusion was reached. Was there a vote?

Regardless, it was more replay nonsense poorly posed as “getting it right.” 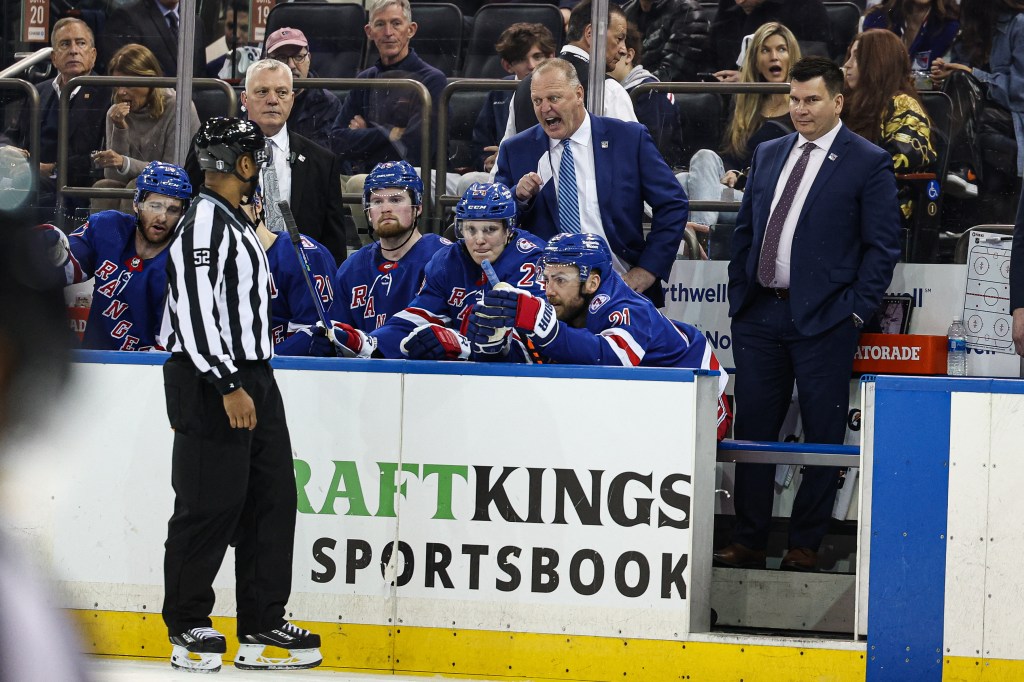 Monday, after the Mets cut expensive bad idea Robinson Cano, the telecast of their game on SNY hadn’t yet begun when Gary Cohen and Todd Zeile began an anticipated, insulting lament:

Despite Cano’s drug suspensions this was “a sad” ending, especially, ugh, as Cano was so “good in the clubhouse,” a frequent claim supported by no evidence and, on the field where it most counts, only by evidence to the contrary.

And I suspect Cohen and Zeile knew better. How could they not?

Cano is 39 and receiving nearly $40 million in “severance,” so cry me a river.

How could a player who chose to jog to first — even on double-play balls — be “good in the clubhouse”? After games, did he make the rounds to tell young players to jog their way to success?

Further, logic tells us that Cano’s two PED busts did not occur on those days he first chose to cheat, that his illegal drug use both times began weeks, months and perhaps even seasons before it was detected. He was an eight-time All-Star? How many times when he was clean?

And yet we’re told by local media that Cano deserves our sympathy? He has earned nothing better than “good riddance.” Intelligent fans have know this for years, back to his last Yankees seasons, so why are they served such nonsense? 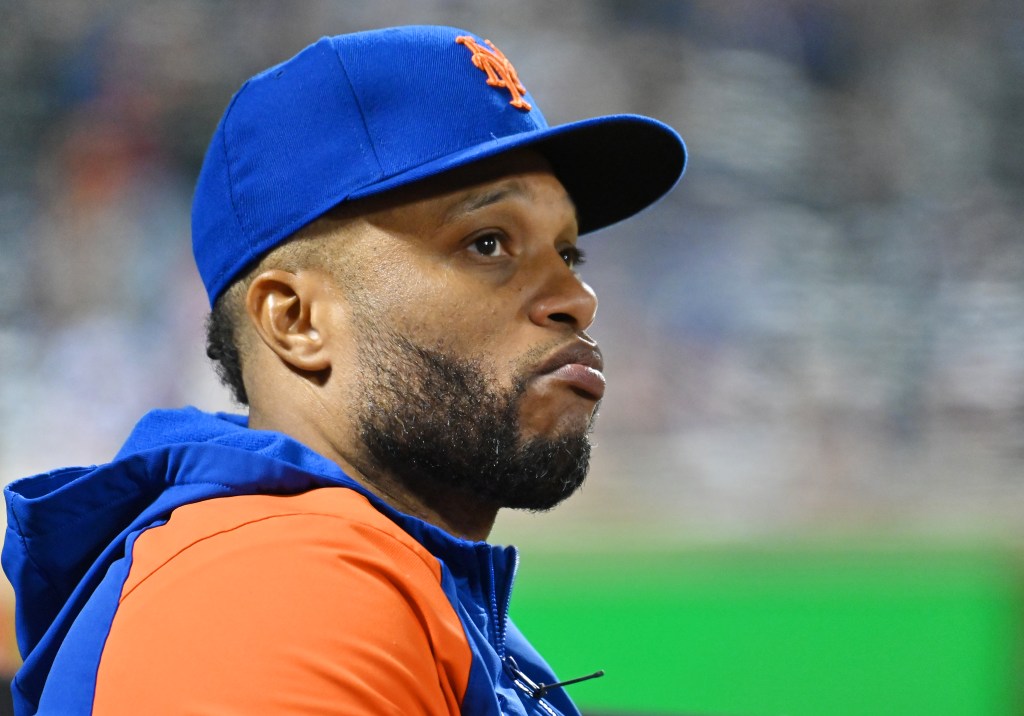 The Mets cut Robinson Cano on Monday. Robert Sabo for the NY POST

This week, John Sterling magnanimously lifted his annual self-assigned, self-smitten embargo on giving players’ batting averages as he has decreed that providing such info in the first month of the season is to note the irrelevant.

That players are sent down for failure to hit in April makes no difference based on his judgment — and we’ve known for years that Sterling’s judgments as the “Voice of the Yankees” make for pathetic comedy.

And another abomination as the same trio, led by non-stop yakker Melanie Newman, that destroyed the Mets’ second game of the season, was back to destroy another in endless, needless observations, conversations and visual detritus that should never have been considered for consumption.

Either Apple, with MLB’s urging, made no attempt to even minimally improve the production or both were happy with what was again presented as paid-subscription fish chum. Did Manfred watch? Did he approve? Does he know bad from awful? Does he care?

Reader Stewart Summers: “The [Apple TV+] commentators for the Yankee game were so bad I muted and tried to listen to Sterling’s call. Then I came to my senses and watched in my new favorite language — silence.”

Wish I had that option.

Then there was the Sunday night Phillies-Mets game, during which ESPN provided the choice of watching and listening to Michael Kay and Alex Rodriguez as they watched the game on ESPN 2.

If Rodriguez’s transparent baloney, frequent contradictions and presence as a two-time drug cheat and liar were such a turnoff as the analyst on primary Sunday night telecasts, what made ESPN think fans would be drawn to him on a secondary telecast?

Sunday night, Mets radio voice Howie Rose further attested to MLB’s money-lust: “Sunday night is a crowd-killer. This is the smallest crowd in this series against the Phillies.”

The Yankees-Rangers game Friday night appears on Amazon Prime Video — exclusively. The Kings were in the counting house, counting out their money …

And the Cup goes to …  the NHL

Our Cup runneth over … then overtime: The NHL and its TV partners have done well to stagger the starts of Stanley Cup playoff games by a half hour, giving ESPN and TBS/TNT viewers a shot to watch much of both games in progress.

ESPN’s Stanley Cup studio group of Steve Levy, Mark Messier and Chris Chelios have been strong, with more substance than the forced belly laughs from ESPN’s NFL, NBA and college studio shows. Chelios, who had a rep as a miserable guy for media to deal with, has been surprisingly into it. 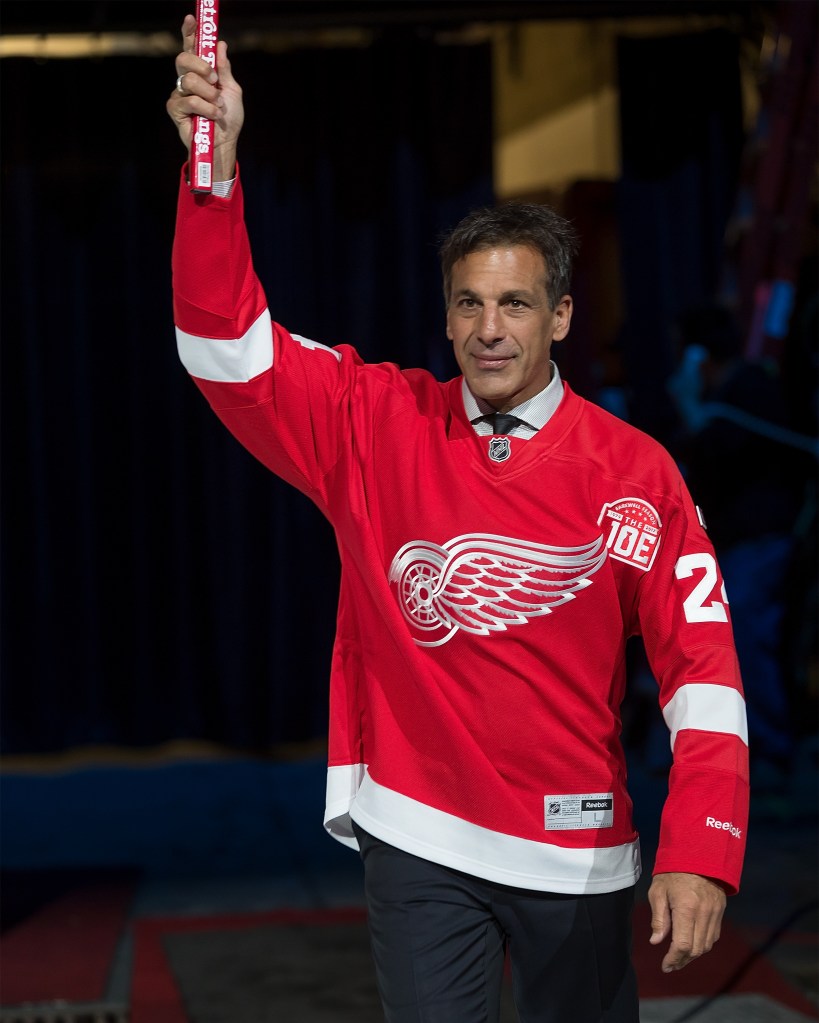 From reader Richard T. Monahan, Tuesday night: “Pens-Rangers are heading to a third OT. That’s five periods of hockey, four intermissions, and it’s only 11:30. Really sheds light on the length of MLB games.”

One gripe: Many high, wide shots of live play on ESPN have been too high and wide. Sometimes the near boards have to be partially lost to best show action.

Oh, and “fans” who smack the glass as the puck is contested in front of them should be summarily executed.

Should’ve known better. Looking forward to Game 1 of Bucks-Celtics on ABC/ESPN, Sunday was a waste of anticipation. To have called this a basketball game would be like calling the fire department to deliver a pack of matches.

In their 101-89 loss, the Celts totaled 84 field-goal attempts, 50 of them (60 percent!) 3-point shots, creating an unreasonable facsimile of a basketball game. Even fast breaks ended with far flung bombs.

The only thing that resembled basketball was the ball. Strategy? Five-man play? Red Auerbach?

ESPNer leads off with pitch waaay outside

During a recent Michigan-Minnesota women’s softball telecast, ESPN’s Lisa Byington advised, “The last thing you want to do is walk the leadoff hitter, especially with nobody on base.”

(Thanks to reader Ken Mortenson for the clip.)

John Flaherty, on YES, told a good, useful anti-analytics story about catching Mike Mussina when both were Yankees. 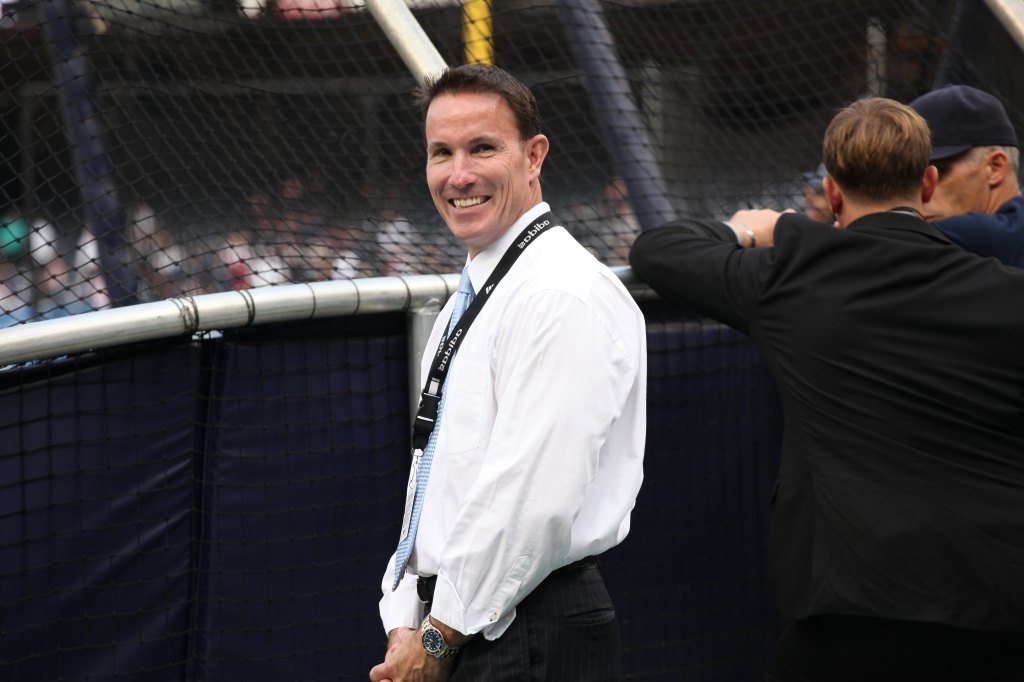 Before a game, Flaherty asked Mussina for his plan. Mussina told him to wait until he came in from warming up in the bullpen “to see what I have.”

Of course, the story of that Blue Jays’ fan who gave that kid in Toronto who was wearing the Aaron Judge shirt Judges’s home run ball was a sweet one. So was Judge meeting with all the next day. Yet commissioner Rob Manfred and MLB Network endorse bat-flipping and home plate-posing as the way to attract kids.