After days of smirking, joking, and self-indulgent testimony, Johnny Depp is laughing no more.

Oh, excuse me: There was that incredible moment he was caught smirking on camera as ex-wife Amber Heard recounted the moment Depp cornered her in a trailer — a trailer he’d just smashed up — ripped off her dress, grabbed her breast, tore off her underwear and, as Heard testified, “proceed[ed] to do a cavity search. He said he was looking for his drugs, his cocaine . . . [he] just shoved his fingers inside me . . . He twisted his fingers around.”

The rest of us recoiled. Johnny Depp smirked.

That tells you everything you need to know.

Whether you think Heard engaged in mind games and physical violence too — and I do — today’s testimony was beyond damning.

Heard was composed and cogent. She gave numerous, detailed examples of Depp’s abuse, scenarios in which she placed eye- or ear-witnesses, making her testimony all the more credible: Why tell stories that could so easily be refuted?

Heard testified that Depp’s then-14-year-old daughter Lily Rose was so scared by her father’s behavior she had a panic attack and fled her father’s private island in a helicopter with Heard.

“There’s no ‘off’ button with Johnny,” Heard said. Depp, ostensibly sober, had been drinking in front of her and his children, sneaking booze into his coffee cup.

Surely I’m not alone in suspecting Depp’s ever-present silver mug, from which he gulped during Heard’s testimony, contains something stronger than caffeine. His own testimony, in the most riveting celebrity court case since O.J., makes that a given. 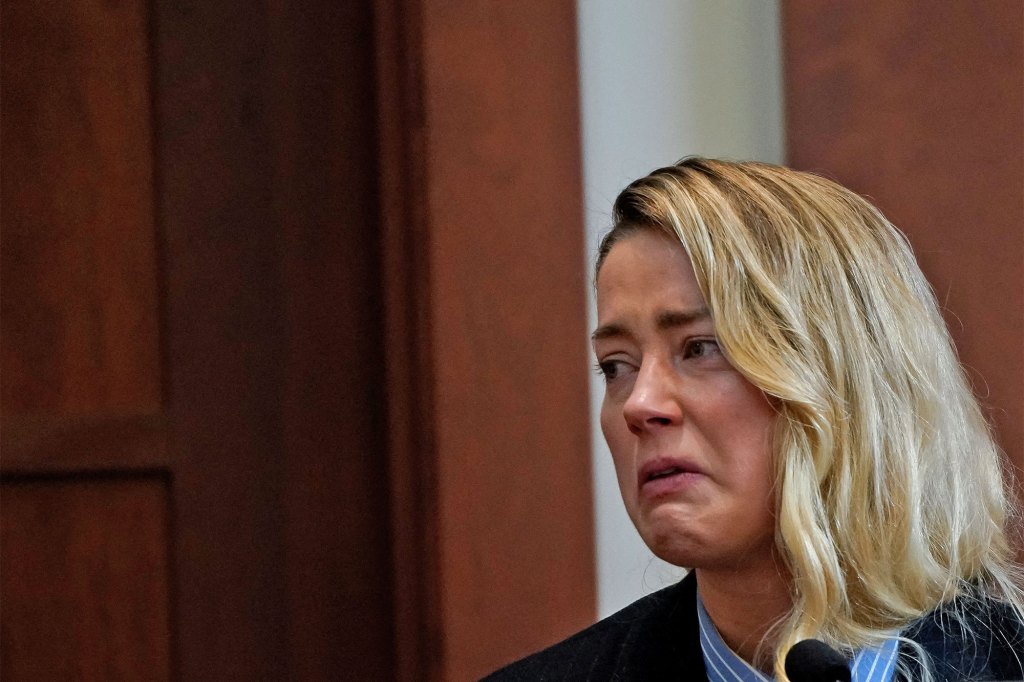 Heard shared the abuse she faced in her relationship with Depp.Reuters/ Elizabeth Frantz 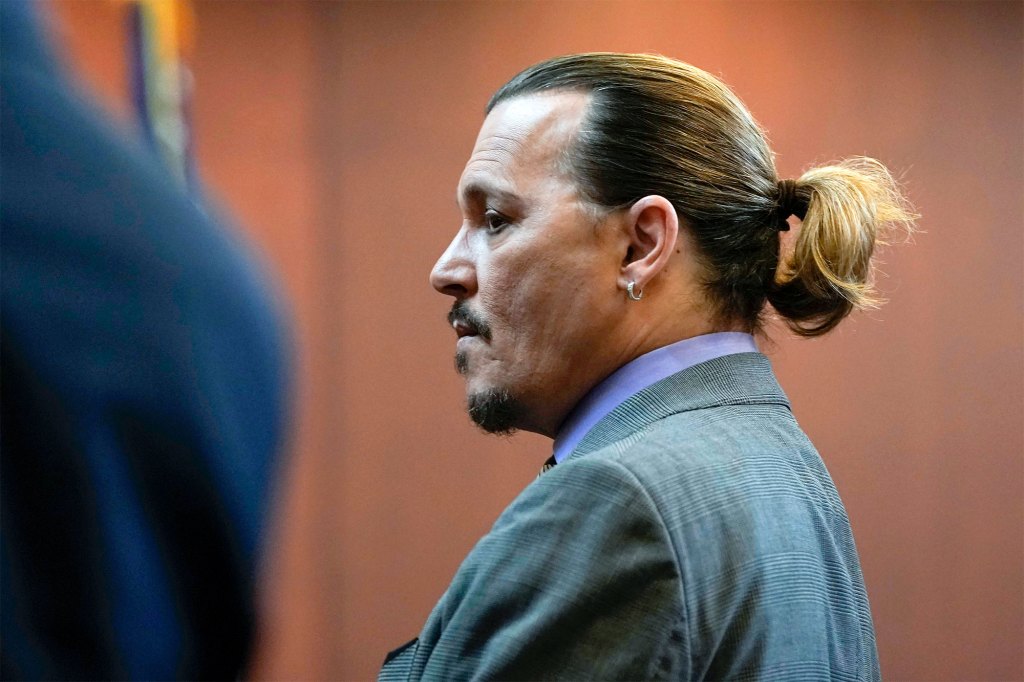 No smiles or smirk from Johnny Depp in the courtroom. AP/ Elizabeth Frantz

Who can forget Depp asking, “Isn’t happy hour anytime?” after admitting to using drugs with his good friend Marilyn Manson — you know, Manson, the guy with multiple accusations of sexual assault, who bragged to at least one other celebrity about having a “rape room” in his house.

Hey: You are the company you keep.

Remember the Johnny of two weeks ago, the proper Southern gentleman who said his abusive childhood made him the kind of parent who knew how to do just about everything right?

If that guy ever existed, he is long gone.

Heard testified that on July 9, 2013, Depp, angry that he was in debt and forced to sell his yacht to J.K. Rowling — folks, despite his on-stand demeanor, don’t be duped that Depp’s just one of us — got inebriated and, taking a messy dive off the boat, scared his children. His then-14-year-old daughter Lily-Rose, Heard said, started to cry.

Back on board, Depp, in Heard’s testimony, told his daughter to leave, then “slams me up against the wall of the cabin . . . slams me up by my neck. Holds me there for a second and tells me he could f—king kill me. [That] I was an embarrassment . . . I made him feel sick.”

Heard said she was more upset that Depp was embarrassed by her — “I was very much in love with this whole family now” — than by his threat to kill her. That, Heard said, she rationalized as hyperbole.

She sounded very much like an abused woman: Not wanting to leave Depp despite the abuse, but “wanting to want to leave.” She talked about Depp love-bombing her in the beginning, buying her expensive rare books, guitars, a horse, telling her she saved his life. 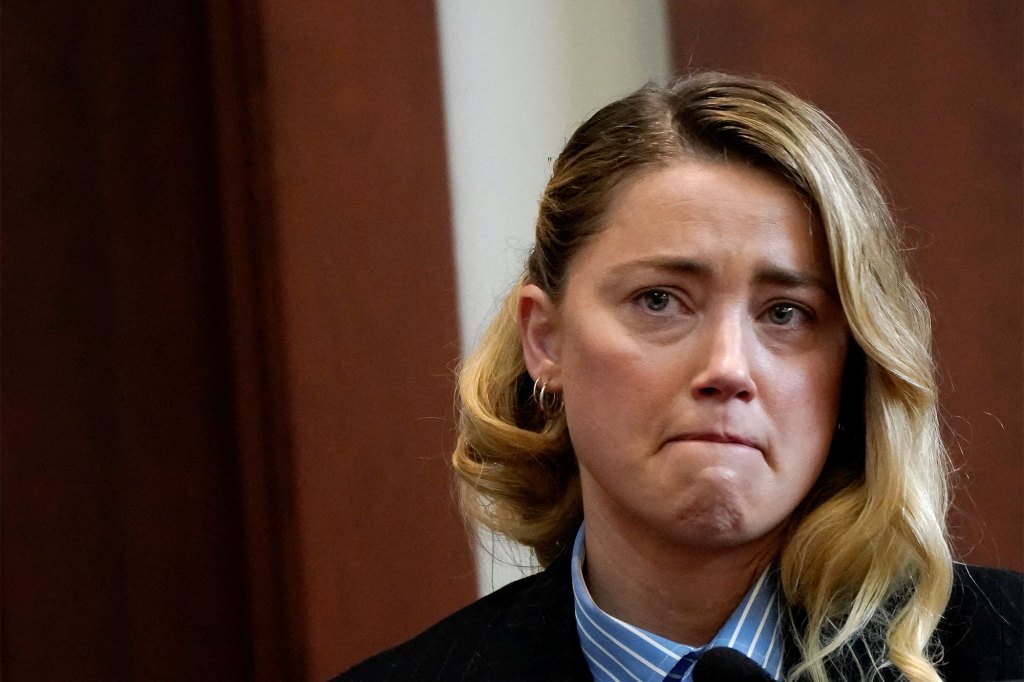 Heard and Depp both played a part in their abuse and toxic relationship.Reuters/ Elizabeth Frantz

Within weeks he made it clear he wanted to marry her. One of the most famous men in the world, as she noted. Super-heady stuff for a young starlet.

Depp would spend days with Heard holed up in her house, she said, drinking wine, smoking cigarettes, listening to music — and then disappear for weeks, no word, no way for Heard to reach him.

He’d inevitably come back, claim he was “clean and sober,” in her words, “and he would go back to this wonderful . . . unbelievably nice, sensitive, kind, warm, generous, interesting, funny man that I loved.”

The first time Depp hit her, Heard said, “I will never forget . . . it changed my life.”

They were sitting on a couch, she said, “a jar of cocaine sitting on the table — an actual vintage jar” — that is such a Depp-specific detail, all that Hot Topic faux-goth crap he still thinks is cool — when she asked him about one of his tattoos, the “Winona Forever” he’d modified to “Wino Forever.” 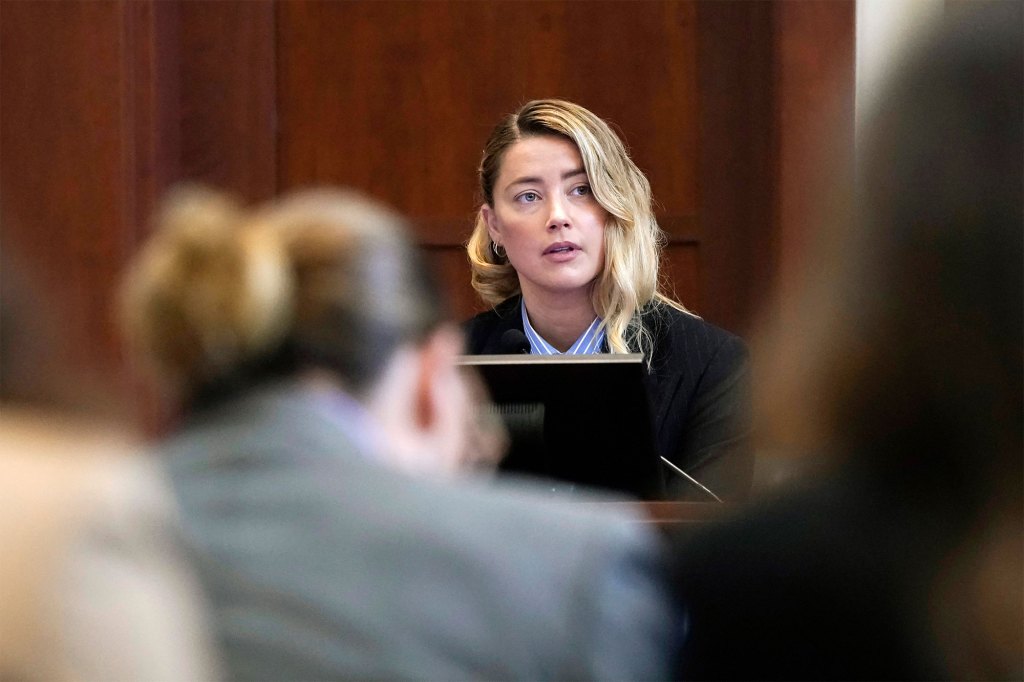 She held her composure as she testified, providing a thorough review of the events. AP/ Elizabeth Frantz

Heard thought the tattoo was a joke. She had no frame of reference — she was in her mid-20s then, half Depp’s age. She had no idea about the iconic Gen X romance that was Johnny Depp, 26, and Winona Ryder, 17 and then, by her own account, a virgin.

Think that age gap would ever fly today?

Also: Think Johnny Depp can laugh at himself? Think again.

“He slapped me across the face,” Heard said.

What she describes next, again, is classic victim thinking: Heard says she knew she should walk out of the room but couldn’t. She didn’t cry.

Instead, she said, she laughed.

“I laughed because I didn’t know what else to do. I thought, ‘This must be a joke,’ . . . [I was] thinking that he was going to start laughing too.”

Instead, Depp said, “You think that’s funny, bitch?”He slapped her again, Heard testified, so hard she lost her balance.

Of course, he immediately got down on his knees, begged her forgiveness and promised it would never happen again.

Heard talked about Depp, high, holding a small dog out of the window of a moving car. Multiple witnesses.

She testified that Depp would get so drunk or high that he’d pass out in his own vomit or lose control of his bowels. She said his security team would clean up after him, or Heard herself.

Heard has moved on with her life, but Depp keeps dragging her into courtrooms, forcing contact, attempting to kill her career, his demented fans (and rumored bots) clogging up online forums and email inboxes, mine included, with ungrammatical missives of misogyny and hate

.It’s all another form of violence. It was notable that Depp, through the bulk of Heard’s testimony, couldn’t look at her — instead looking down, no more gummy bears and winks to the jury, his forehead lined with worry.

As well it should be. Goodbye to Johnny Depp, once Gen X’s most romantic hero — a better actor than we even knew.

Sunny Hostin blames Trump for Chappelle attack on ‘The View’

Six Days Afloat in the Everglades