Johnny Depp abused Amber Heard with a bottle, forced her to give him oral sex and subjected her to “cavity searches” during their relationship, a psychologist testified Tuesday — as the actress finally began presenting her side in the couple’s defamation trial.

Dr. Dawn Hughes, the first witness to be called by Heard’s defense team, said the 36-year-old “Aquaman” star suffered from post-traumatic stress disorder after her marriage to Depp due to the alleged abuse she suffered at his hands.

“When Mr. Depp was drunk or high, he threw her on the bed, ripped off her nightgown and tried to have sex with her,” said Hughes, referring to alleged incidents Heard had reported to her.

“There were times when he forced her to give him oral sex when he was angry at her.”

In more graphic testimony, Hughes described how Depp allegedly performed “a cavity search” of Heard’s private with his fingers — and said the actress “disassociated” herself when Depp allegedly abused her with a bottle.

Hughes, who specializes in “interpersonal violence abuse,” said the actress was particularly vulnerable after growing up in an abusive household, where she learned “to love someone who hurt her.”

A psychologist testified that Amber Heard was subjected to “cavity searches” during her relationship with Johnny Depp.Jim Watson/Pool via REUTERS

“Love and normalcy are almost always in these relationships,” Hughes, who was an expert witness at the trials of disgraced rapper R. Kelly and Nxivm sex-slave cult leader Keith Raniere, testified at the Depp trial.

“When you’re in a lull and the violence isn’t happening, you’re back with the man you fell in love with. It creates a trauma bond,” she said.

Heard appeared to be on the verge of tears during testimony about her childhood with an abusive father, which Hughes said made her more susceptible to be victimized again. 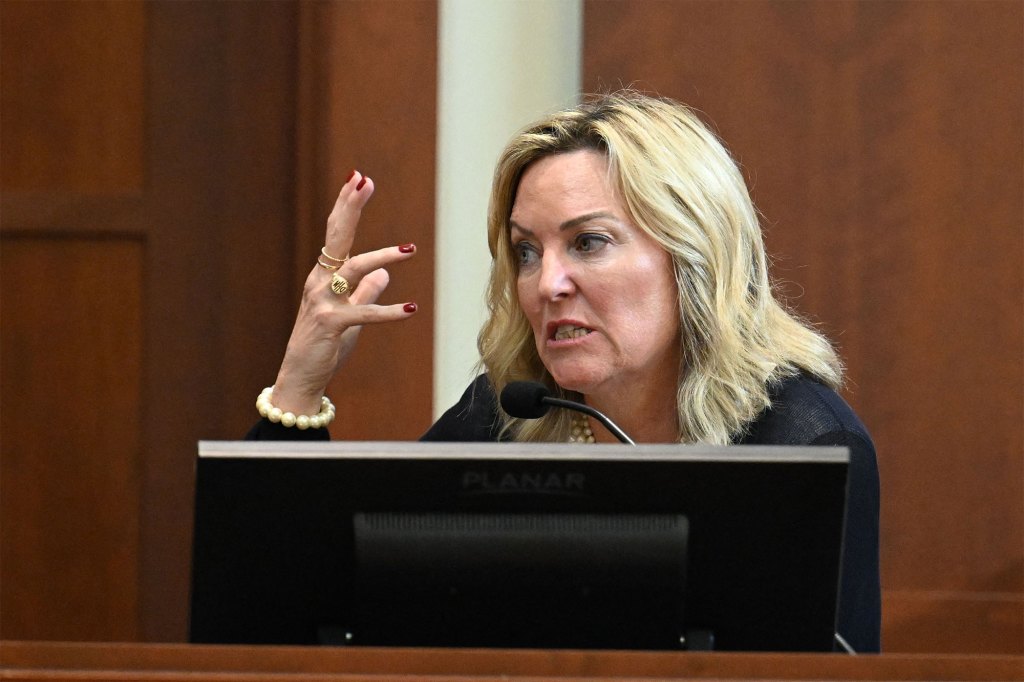 Forensic psychologist Dr. Dawn Hughes said Heard was particularly vulnerable after growing up in an abusive household.POOL/AFP via Getty Images

“She learned from a very early age how to be a caretaker,” Hughes said. “She learned that she can love someone who hurt her.”

The psychologist said Heard believed she could “fix” Depp — “just like she tried to fix her father.”

“She truly believed she could fix Mr. Depp and rid him of his substance abuse problems, but that did not work,” Hughes said.

Depp, 58, claims in the $50 million defamation lawsuit that it was Heard who was abusive and that her claims to the contrary have damaged his career and income.

In other testimony Tuesday, Erin Falati, a private nurse once hired by Heard, said the actress had struggled with anxiety, bipolar disorder and substance abuse.

“I have a generalized memory of there being … jealous and anxiety issues, including mistrust within the relationship,” Fatalti said in a pre-recorded deposition. 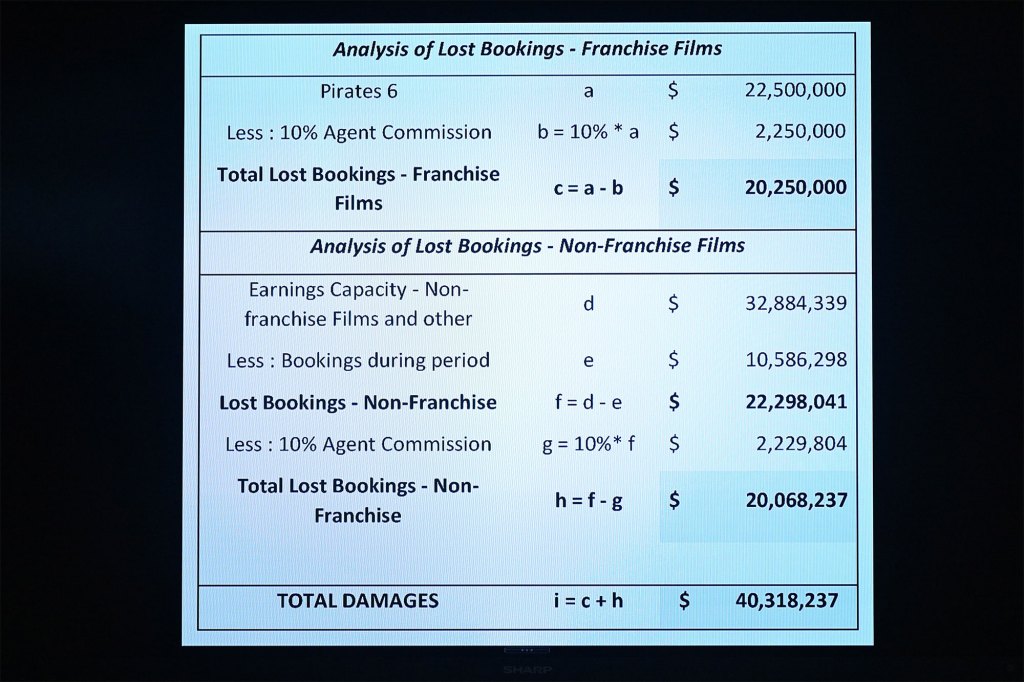 A forensic accountant said that Depp lost as much as $40 million following Heard’s op-ed.EPA/JIM WATSON / POOL

“I have a vague sense of those issues popping up throughout the years, but I wouldn’t say that was a constant theme,” she said. 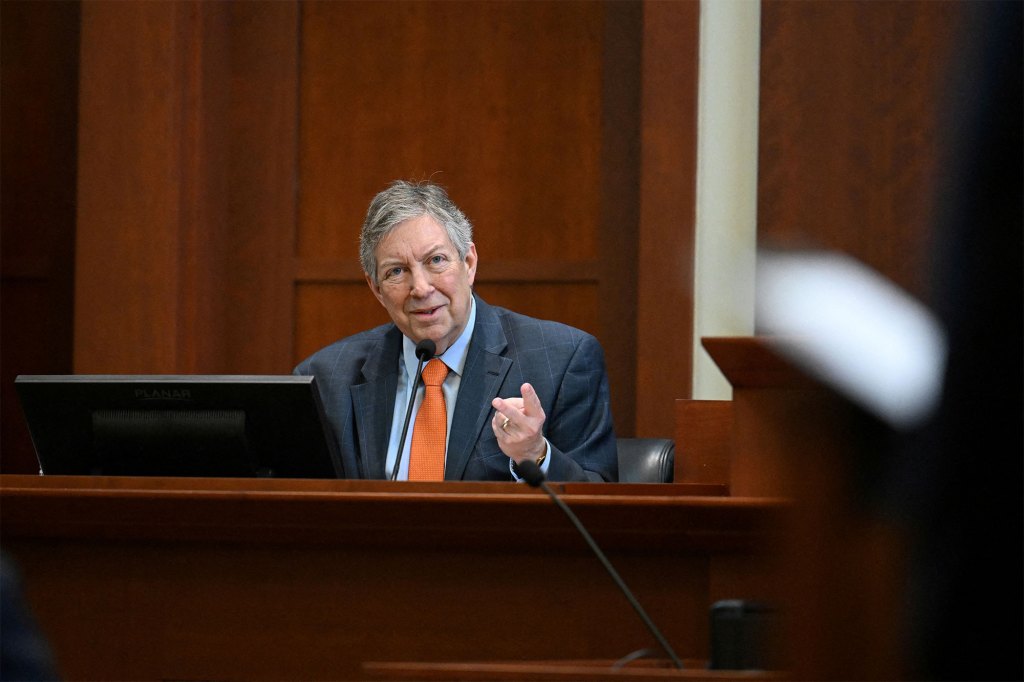 Michael Spindler admitted that he did not take Depp’s alcoholic tendencies into account when he ran the figures.Jim Watson/Pool via REUTERS

Spindler, however, conceded on cross-examination by Heard attorney Benjamin Rottenborn that he did not take into account Depp’s alleged drug and alcohol abuse and his “worsening performance at the box office” when he made the calculation.

Nonetheless, Judge Penney Azcarate denied a motion by Heard’s lawyers to dismiss Depp’s lawsuit after his side rested its case.

The actress is now expected to take the stand in her own defense when the trial resumes on Wednesday. 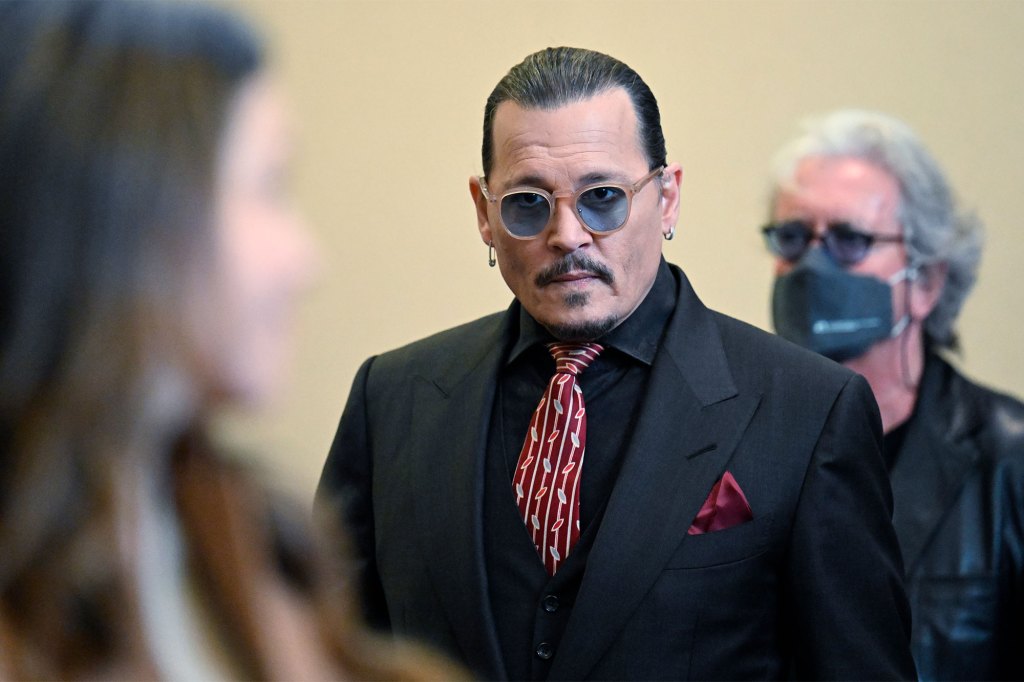 Depp has denied all allegations that he physically or sexually abused Heard.Jim Watson/Pool photo via AP