Walmart Confirms Its Next PS5 Restock: Here’s How to Get Yours

Sherlock Holmes: Chapter One, an ambitious detective game from Kyiv-based developer Frogwares, launched on the PS4 last week. It’s one of several major releases from the Ukrainian studio in as many weeks, with Sherlock Holmes: Crimes & Punishments also launching on the Nintendo Switch, and a DLC pack for the PS5 version of Chapter One deploying as promised. In ordinary circumstances, these releases would not be remarkable, but considering the studio’s country has been under attack for the past few months, it speaks to the spirit and determination of the developer that it’s continued to do what it loves most: make games.

We caught up with community manager Sergey Oganesyan to understand a little more about how Frogwares has been so productive under unprecedented circumstances. Before we get into the interview, however, everyone at Push Square would like to extend our heartfelt wishes to the team at Frogwares, and indeed all the people of Ukraine, during this time.

Push Square: Firstly, I just wondered if you could describe the situation at Frogwares over the past few months. You’re obviously based in Kyiv, so I’m just curious if you can elaborate a little more about what your approach to work has been and how you’ve even managed to finish Sherlock Holmes: Chapter One on PS4. 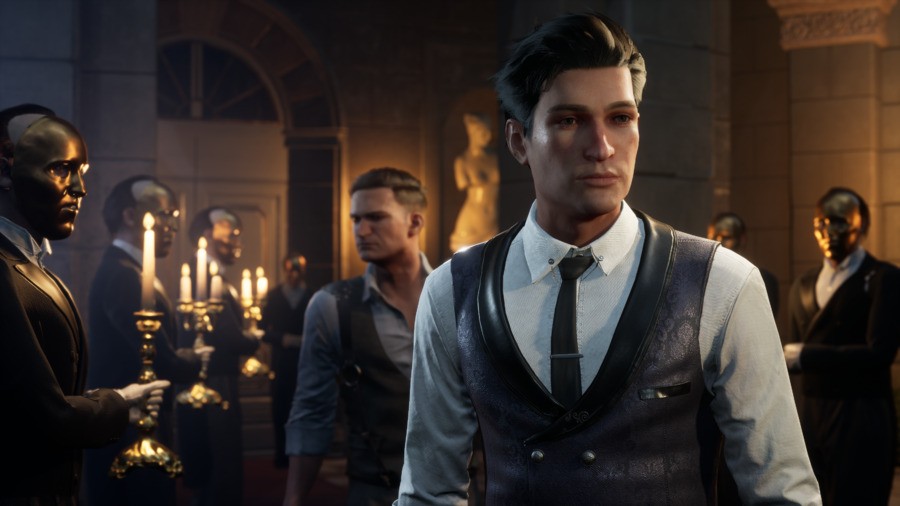 Sergey Oganesyan: To be honest, when the war began, it was quite a shock. The first thought was safety. Those that could, and wanted to, left for safer places either within Ukraine or to other countries in the EU. Once the shock gradually subsided, we began doing what we can to introduce some sort of normality to our lives. Work was one of those normalities. We began to work on our projects in a remote capacity, which we got rather good at back from the COVID lockdown days. Once we got into the working groove, the projects started moving forward. And being able to talk to one another raised our spirits; when one is down, the other lifts them up. With our team united online, so to speak, we were able to finish our projects and bring them out to the players. And in all honesty, those releases felt good.

From the outside looking in, it seems like you were having trouble getting Sherlock Holmes: Chapter One to run on the PS4 anyway. Obviously, recent events have made that even more difficult and you’ve ended up putting the Xbox One version on hold. Where does this project rank among your most challenging?

Every project that we did possessed some type of challenge — nothing worth chasing in life comes easily. And as a studio, there are many challenges that you can come across in your lifetime: technical, business, strategy, and loads more. But as they say, it’s not about the problem that you’re facing, but how you face it. Optimising a game from current-gen to old presented us with a few hurdles. Although the PS4 is a great console, you can feel the power difference if you compare it with the PS5. How does Sherlock Holmes: Chapter One optimisation rank compared with other titles in terms of challenge? That’s a bit hard to tell. We’ve been around for over 20 years, so we’re used to seeing jumps from one generation to another. However, the war was certainly a factor that made an impact on us, and not just as a business, but as people. It’s not something that you experience a lot in your lifetime. Actually, we hope that no one will ever experience it in their lifetime, ever. 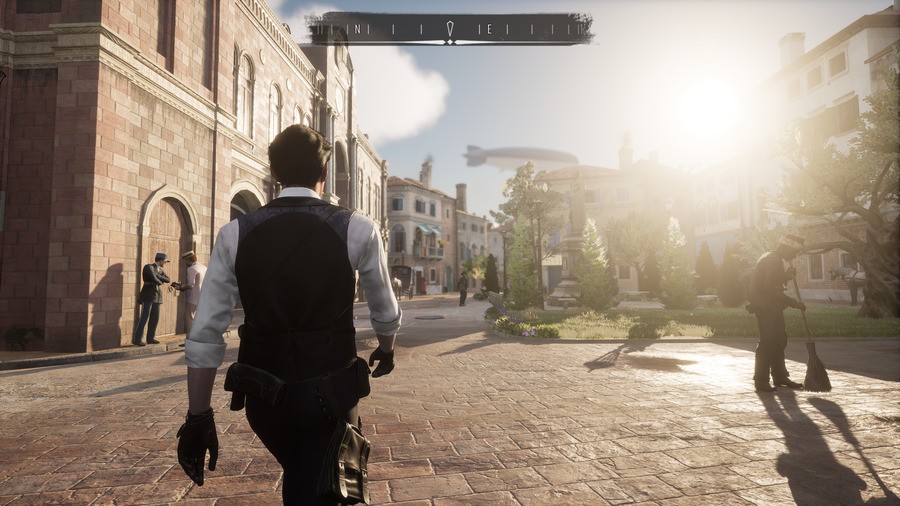 Can you talk a little more about what compromises you’ve had to make to get Sherlock Holmes: Chapter One running on PS4? Is it the same experience as on PS5, or have you had to scale back its ambition somewhat?

From the very beginning when we spoke about the PS4 and PS5 versions, we wanted both sets of players to experience the same story and content. So cutting on dialogue, story, gameplay features or cases was out of the question. The story and the core experience must remain the same. What we needed to do is make the game more compact and optimise it in a way that those compromises will be as least noticeable as possible. One of the ways we achieved that is by optimizing the map, the island of Cordona.

Now, the island itself is exactly the same as the one on the PS5, with all its major landmarks intact. However, on the PS4, there aren’t as many alleyways or shortcuts that you can wander through. Having fewer streets allowed us to relieve some performance pressure from the system. We’ve also played around with the lighting and the draw distance, too. Little technical tricks like these helped us squeeze in as much of the game as we can into the PS4, while leaving the core experience the way it was intended. 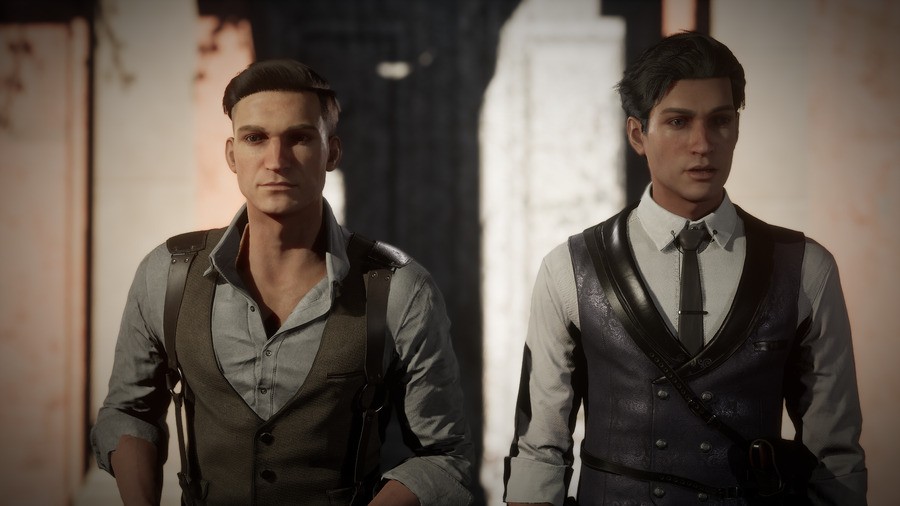 You’ve also released Sherlock Holmes: Crimes & Punishments on Nintendo Switch and, we believe, a DLC pack for Chapter One on PS5 since the invasion started. To be so productive under such unprecedented circumstances is truly remarkable. Would you say that’s a reflection of the sheer spirit and determination of your studio?

That is definitely one part of the puzzle. As you may have noticed, Ukrainians have a pretty high tolerance for challenges. What we did wasn’t easy: it was rather extraordinary. We released games while being in a warzone. Probably not many publishers are able to have that written in their track record.

We’re also pretty adapted to being a remote studio. We’ve had systems and procedures put into place for remote work for quite some time. When the war started, and we dispersed all around Ukraine and Europe, we knew how to work with each other in a remote scenario. It’s a system that we know and are used to. 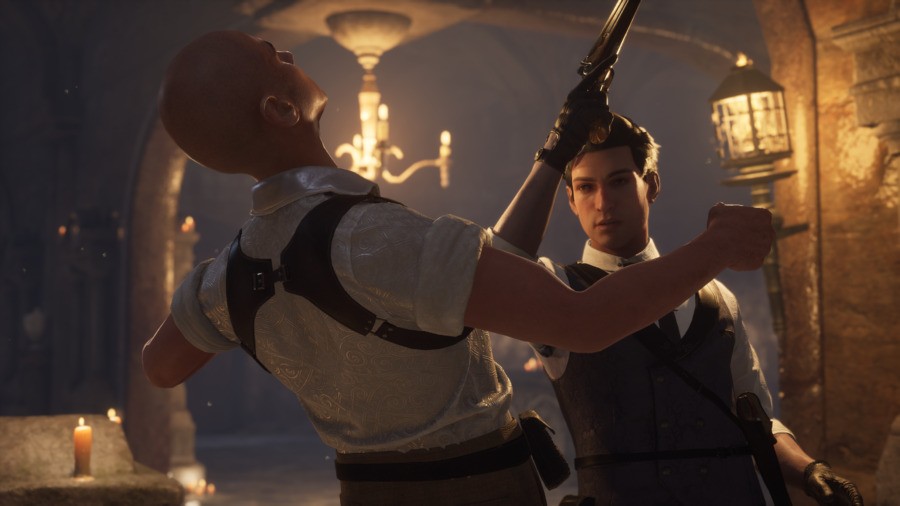 Kyiv has an incredibly robust game development scene, with major global publishers like Ubisoft running studios in the city, as well as many smaller independent developers. Have you been in contact with your fellow game makers during this difficult time? How do you expect recent events to change the approach of game developers in your city moving forwards?

To be honest, we haven’t been in touch. However, we’ve seen what the other studios are doing through their social media channels and we’re really happy to see that they are okay and continuing to work on their titles. Their success is ours too. We are all Ukrainians. Once the Russian forces are driven out of our country, perhaps we can meet in person yet again. That would be a great occasion to do so actually. And how will this war impact us and our industry in the future? Honestly, I don’t know. But pain and emotions have a way to come out through the stories you tell. Who knows what stories we will share with the world once all of this is over.

Once more we’d like to extend our thoughts to the team at Frogwares, and the people of Ukraine. We’d also like to personally thank to Sergey Oganesyan for taking the time to answer our questions. Sherlock Holmes: Chapter One is available for PS5 and PS4 now, and you can also get Sherlock Holmes: Crimes and Punishments for Nintendo Switch.

Trouble ahead for Dems: A barrage of attacks over the economy