The start of May has seen a continuation of the weakness in crypto and equities markets and at the moment, there is no indication of any short-term factors that could reverse the bearish trend.

Equities markets are also in a downtrend and according to researcher Clara Medalie, the price of stocks from companies with exposure to Bitcoin (BTC) have also taken a notable hit.

“Block, Tesla, Microstrategy and Coinbase are down between 20%–50%.”

Data from Cointelegraph Markets Pro and TradingView shows that an early morning attempt by Bitcoin (BTC) bulls to rally above $39,000 was easily defended by bears, resulting in a pullback to the $38,200 level. 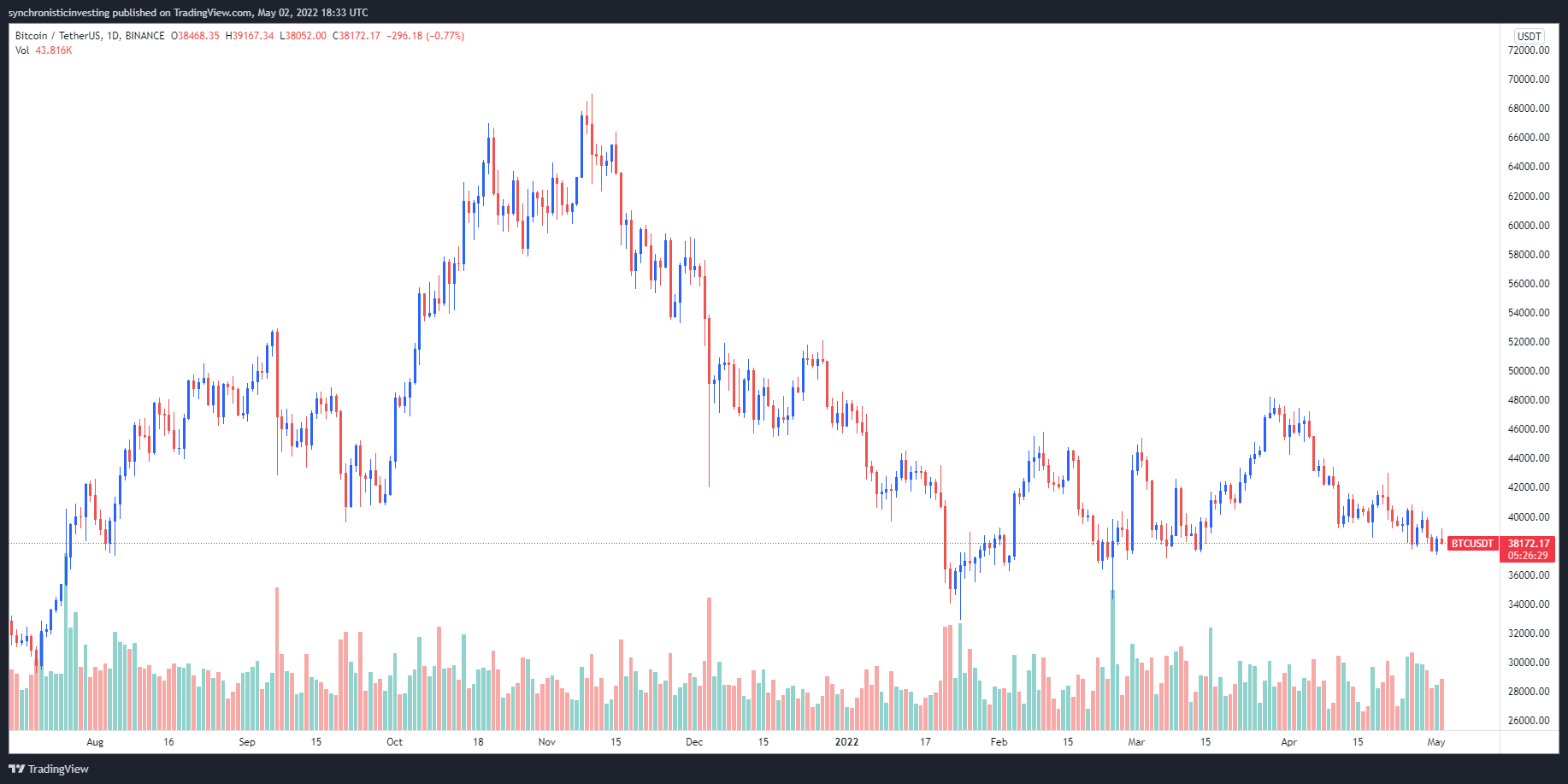 Here’s a look at what several analysts are saying about the current price action and what lower levels to keep an eye on in the case of further decline.

More downside until the 200-EMA flips to support

According to independent market analyst Rekt Capital, watching for a close above the 200-day exponential moving average (EMA) is an easy way to assess the current weakness of Bitcoin. The analyst described the metric as an “indicator of long term investor sentiment towards Bitcoin.” 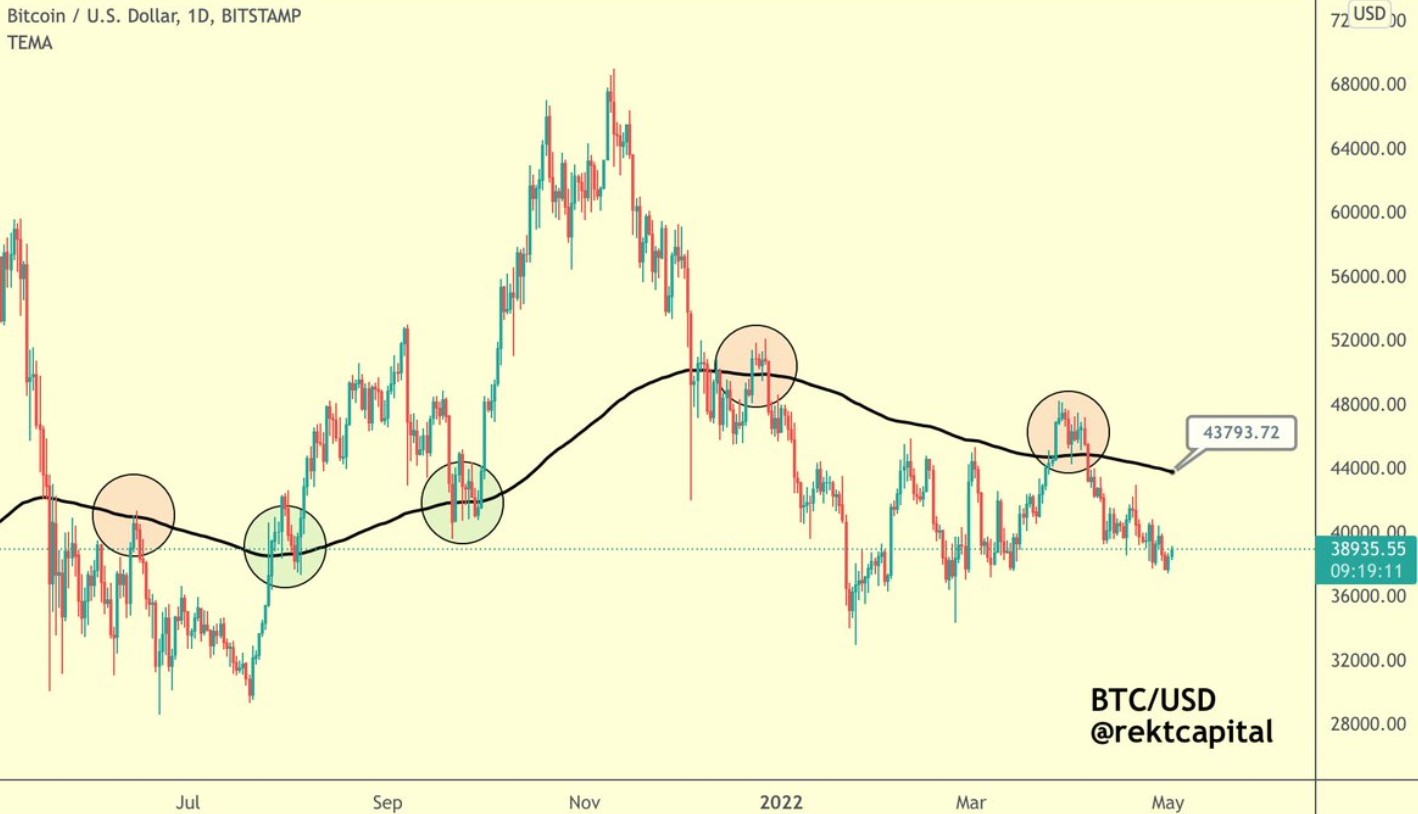 “Since mid-2021, BTC hasn’t been able to hold above the black 200-day EMA for too long. Every time BTC would break above the EMA, it would swiftly lose it as support and retrace lower.”

Insight into what could come next for the BTC price was touched on by crypto trader and pseudonymous Twitter user ‘Cantering Clark’, who posted the following chart highlighting the similarities between the current price action and BTC’s price action in July 2021. 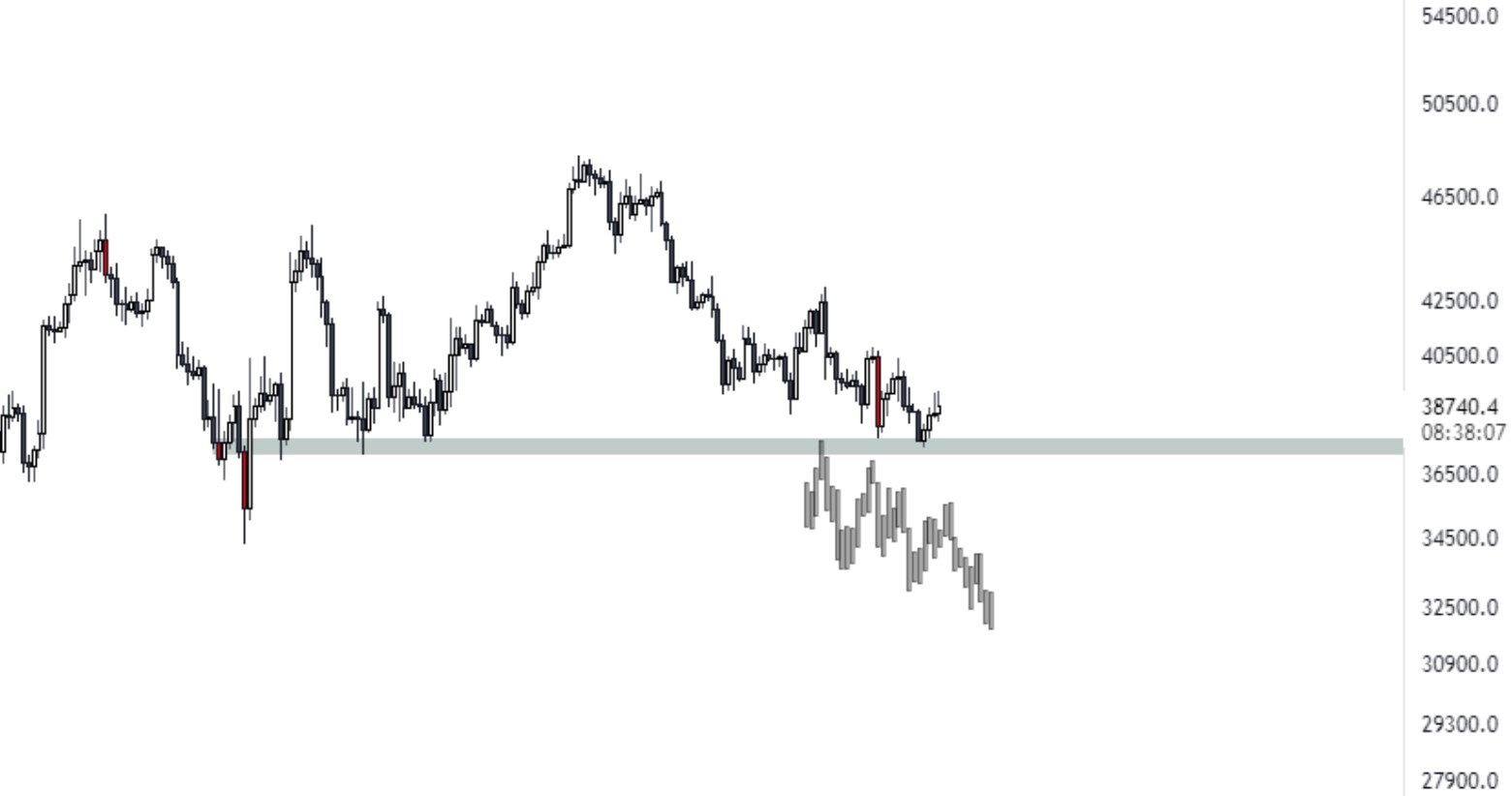 “Similar pattern of forceful sell-offs followed by weak attempts to pop upward as we saw in July 2021, again after a longer-term sideways range had forms and lows began to be favored. Possible trap setup.”

Veteran trader Peter Brandt also shared a similar sentiment, noting that the Bitcoin price could break down to new lows if the current “bear channel” plays out. 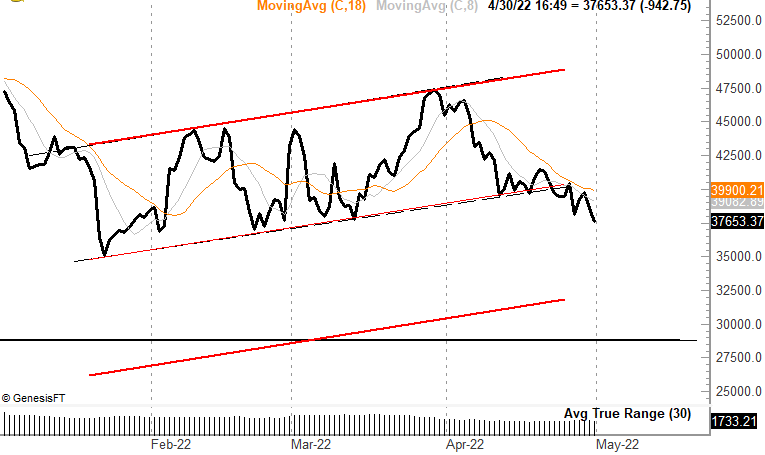 Despite the current downtrend, data from glassnode suggests that BTC accumulation continues to increase, a fact highlighted by Twitter account Negentropic. 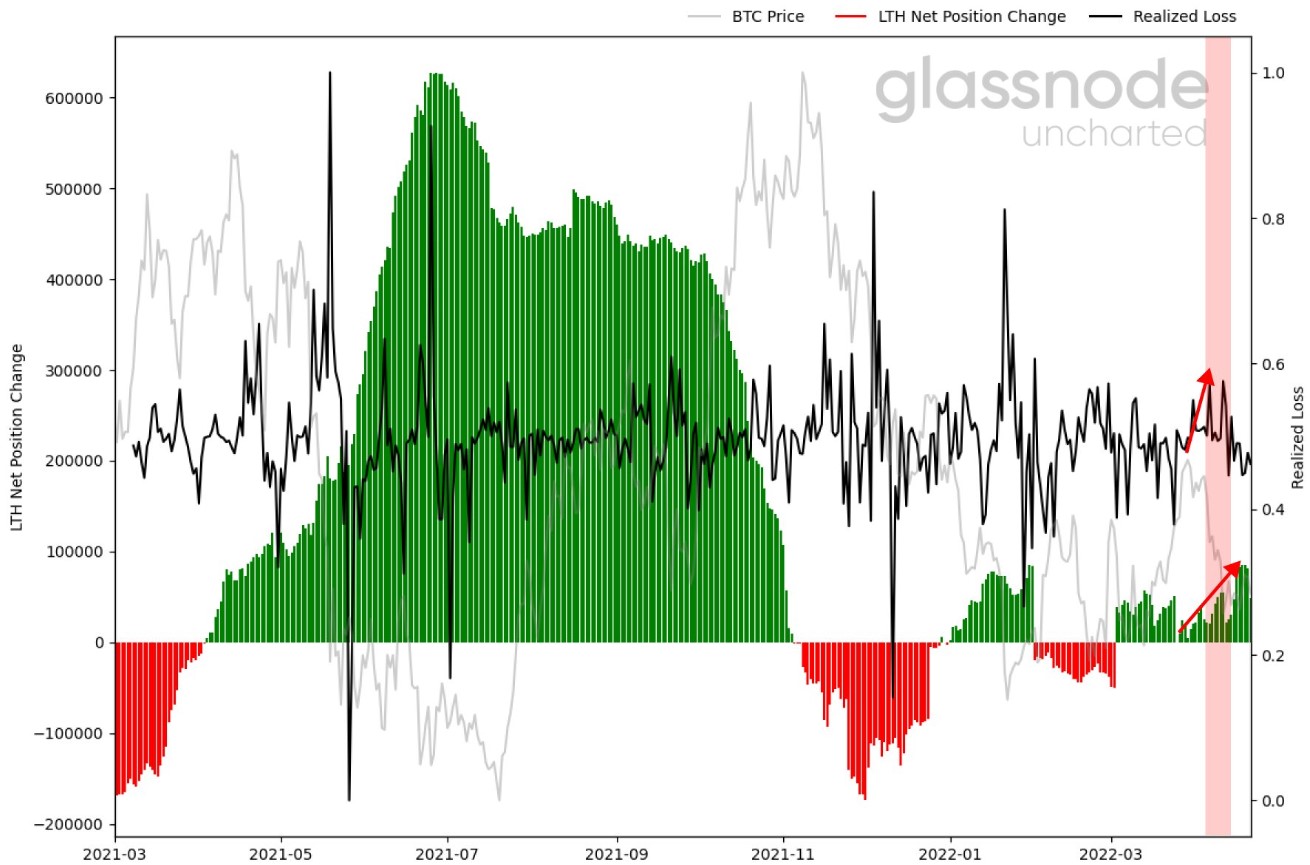 Our Guide to Every Kitchen and Home Sale Happening This Weekend