Audemars Piguet’s Royal Oak is celebrating its 50th anniversary this year, and John Mayer is in on the festivities. For the occasion, AP released a whole collection of new takes on its immortal Royal Oak design, adding all sorts of fun bells and whistles befitting a birthday party of this magnitude.

Much of the Royal Oak’s success can be attributed to the way it nails the details: the perfectly weighted “bathtub” hour markers, the handsome dial designs, the nearly-as-beloved-as-the-watch-itself bracelet. For its 50th anniversary, though, AP put aside the details and went big, releasing statement-making versions of its Royal Oak with tourbillons, special-edition faces, and openworked dials.

Mayer broke out a special-edition from the 50th anniversary collection with a tourbillon and a sandblasted dial, a representative from the brand confirmed. It looks cool, obviously, but it also means something: the Royal Oak almost exclusively comes with what the brand calls a “Tappisserie-style” dial, that famous raised square design. The sandblasting effect here makes it immediately obvious that this isn’t just any Royal Oak. This isn’t Mayer’s first special-edition Royal Oak with a tourbillon, either—he owns one in pink gold, too. He explained why he loves a tourbillon in a video with Hodinkee in 2019. “I love a tourbillon because it is a bunch of technology to be a wall clock,” he said. “It does nothing more than tell you the hours and the minutes, but the process to that is so Rube Goldberg device. I love it.” Also to love this week: Jimmy Butler, NFL draft picks, and more Tiffany-blue dials. 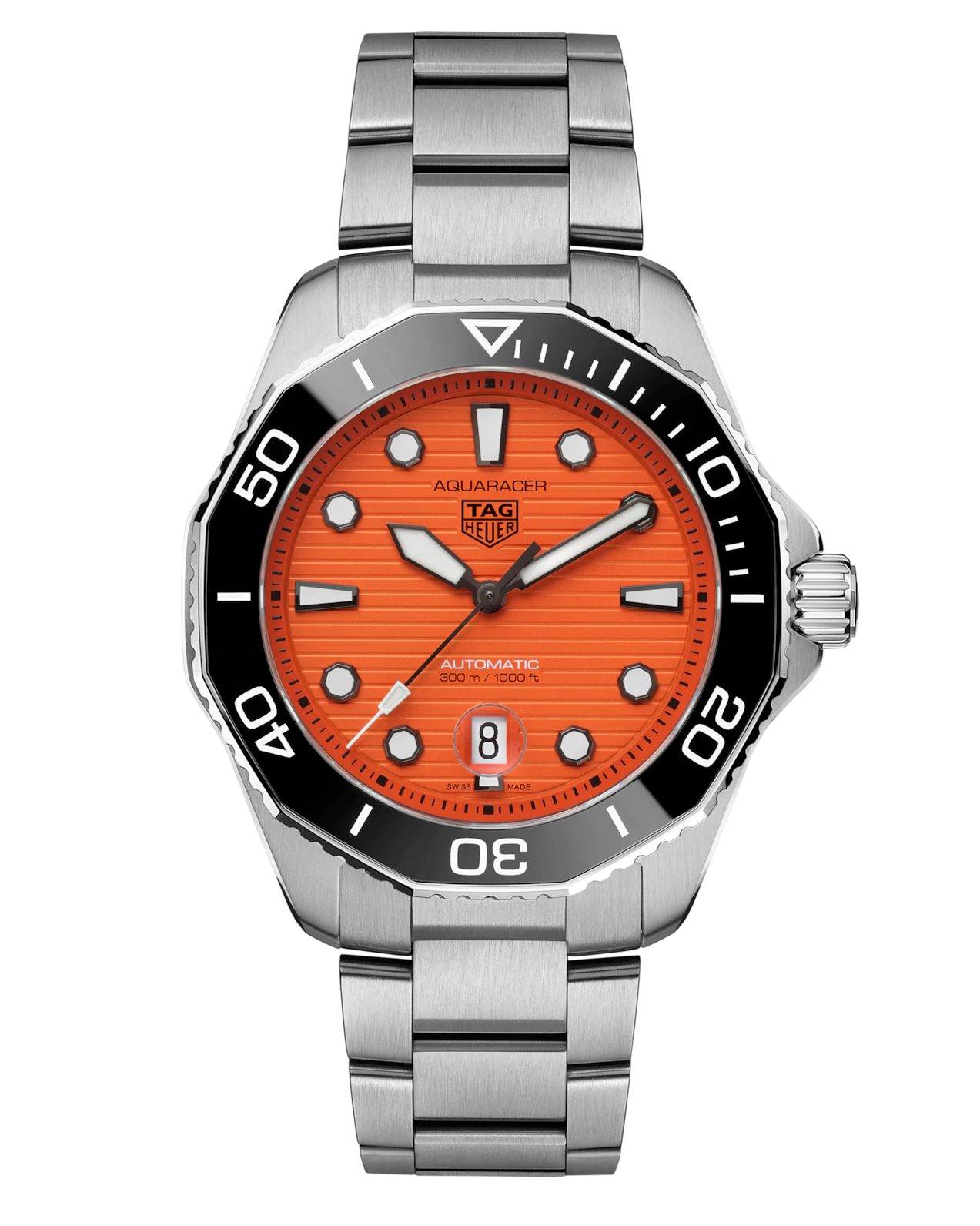 Even with Butler sitting on the bench, the Miami Heat were still able to pull off a gentleman’s sweep of the Atlanta Hawks. This was a win-win situation for Heat fans and watch lovers: Miami won the series, and we got to see Butler in street clothes and an awesome new watch. The very orange Aquaracer was one of my favorite new releases from Watches & Wonders this year. 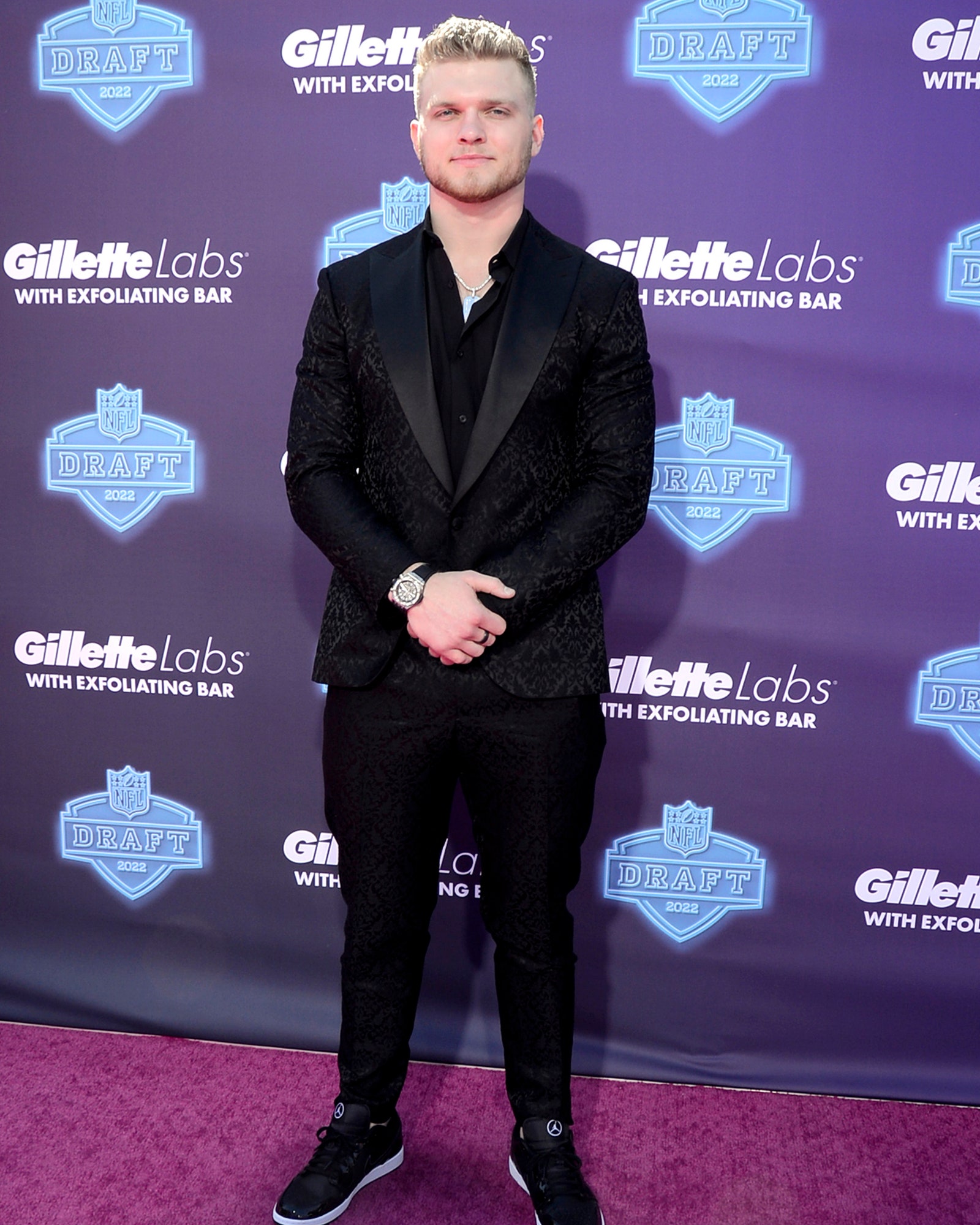 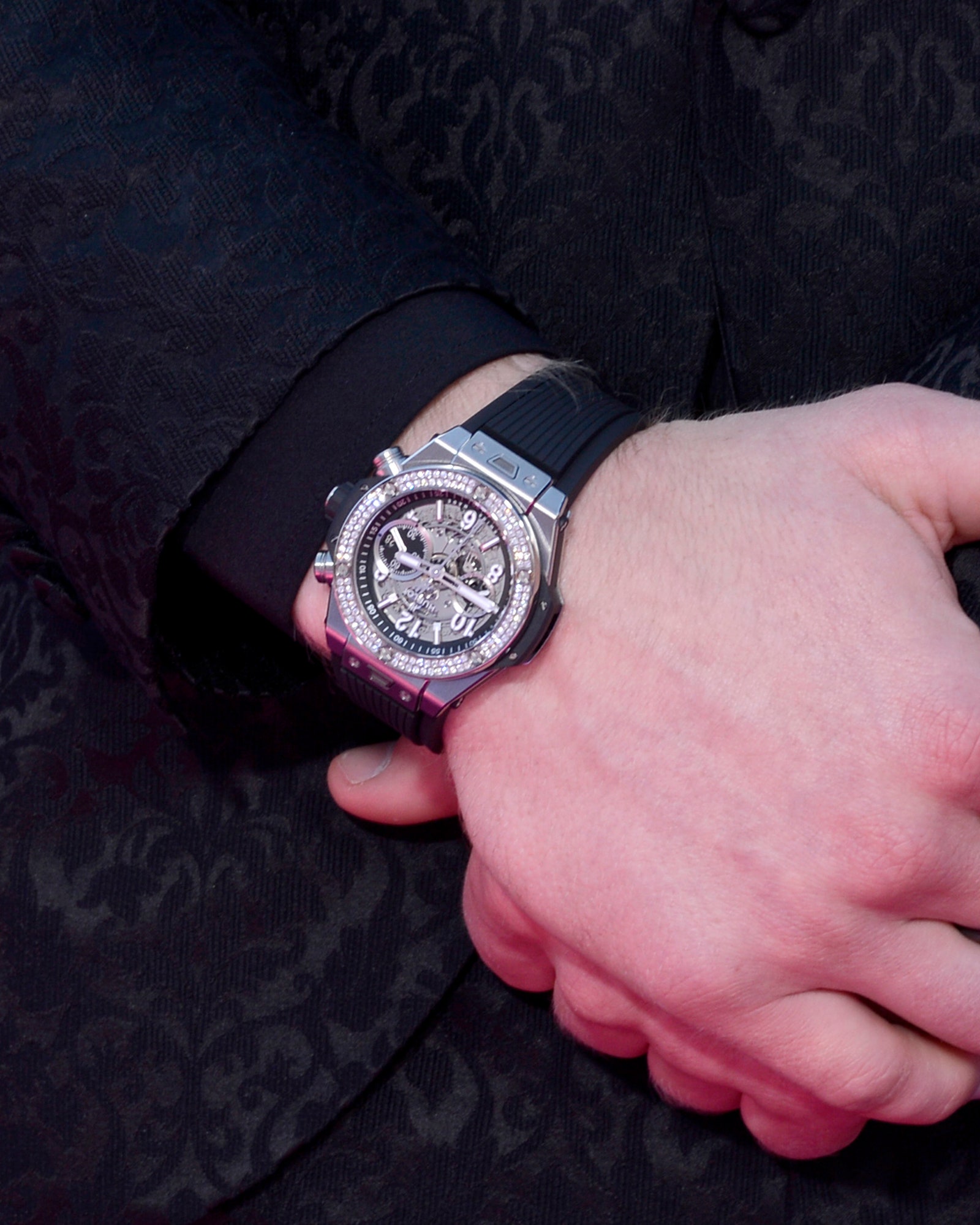 Hublot was a big winner at Thursday night’s NFL draft. Malik Willis, Ikem Ekwonu, and second overall pick Aidan Hutchinson all wore different pieces from the brand to Vegas. The future Detroit Lion may have kept his draft-night suit simple compared to his peers, but his watch does a lot of talking for him. This Big Bang with a pavé diamond bezel is a serious first timepiece. 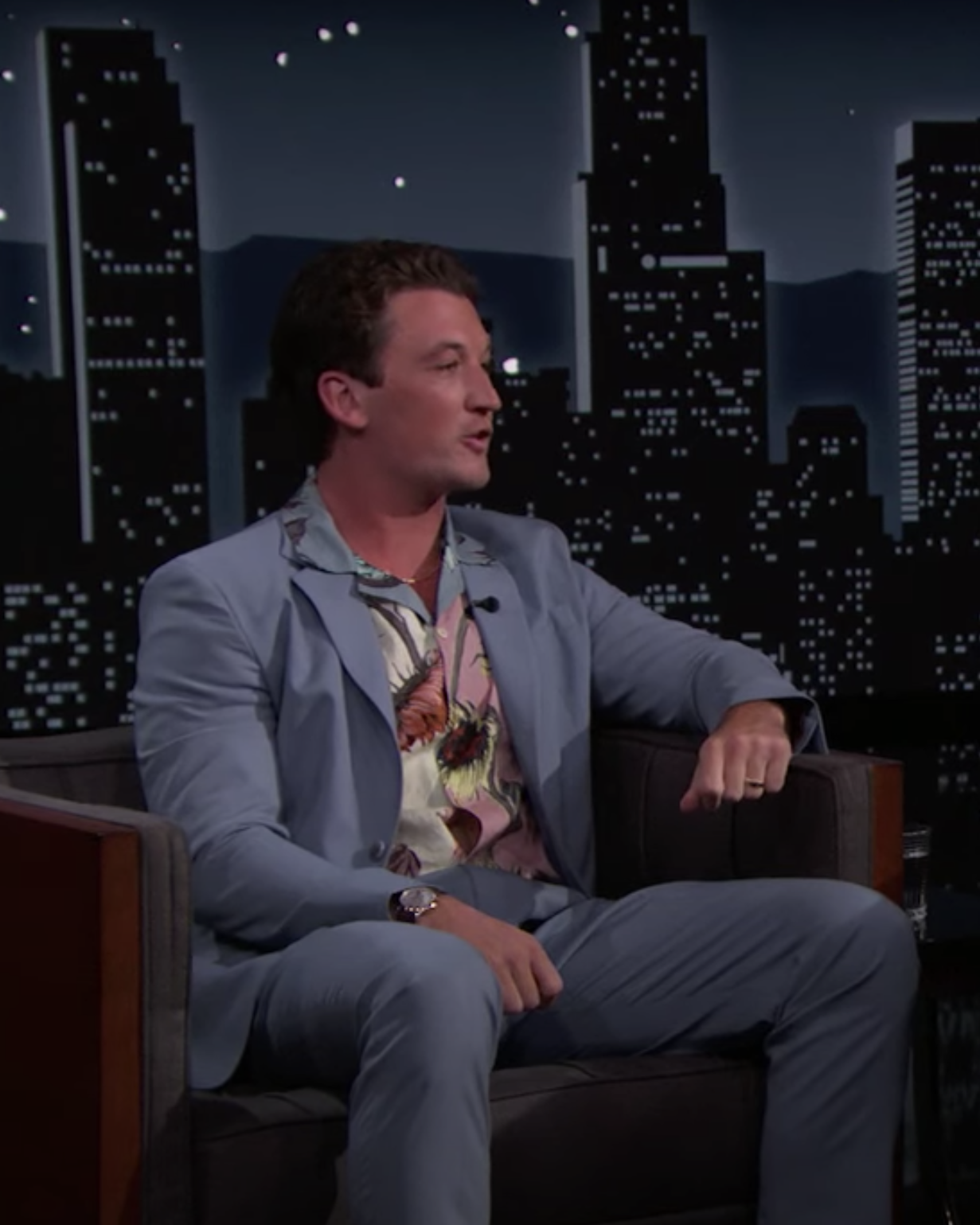 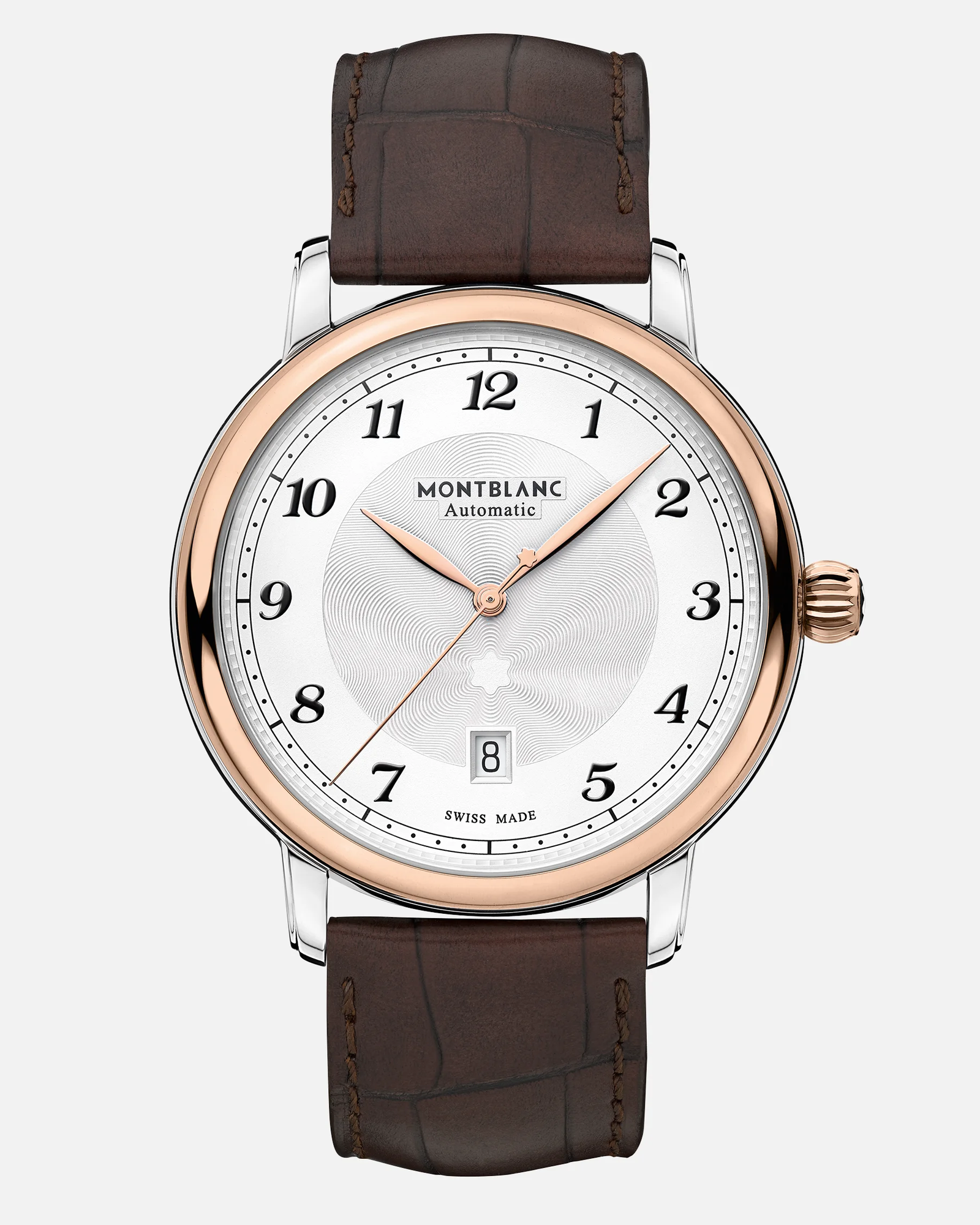 Miles Teller said enough with the outrageous sport watches. On Jimmy Kimmel this week, Teller wore this pretty 20-anniversary edition Montblanc. This watch checks the boxes you want from a dress piece: 18-carat pink gold case and alligator-leather strap. Who ever decided there was anything wrong with a guy in a suit wearing a great dress watch to talk up his latest movie? 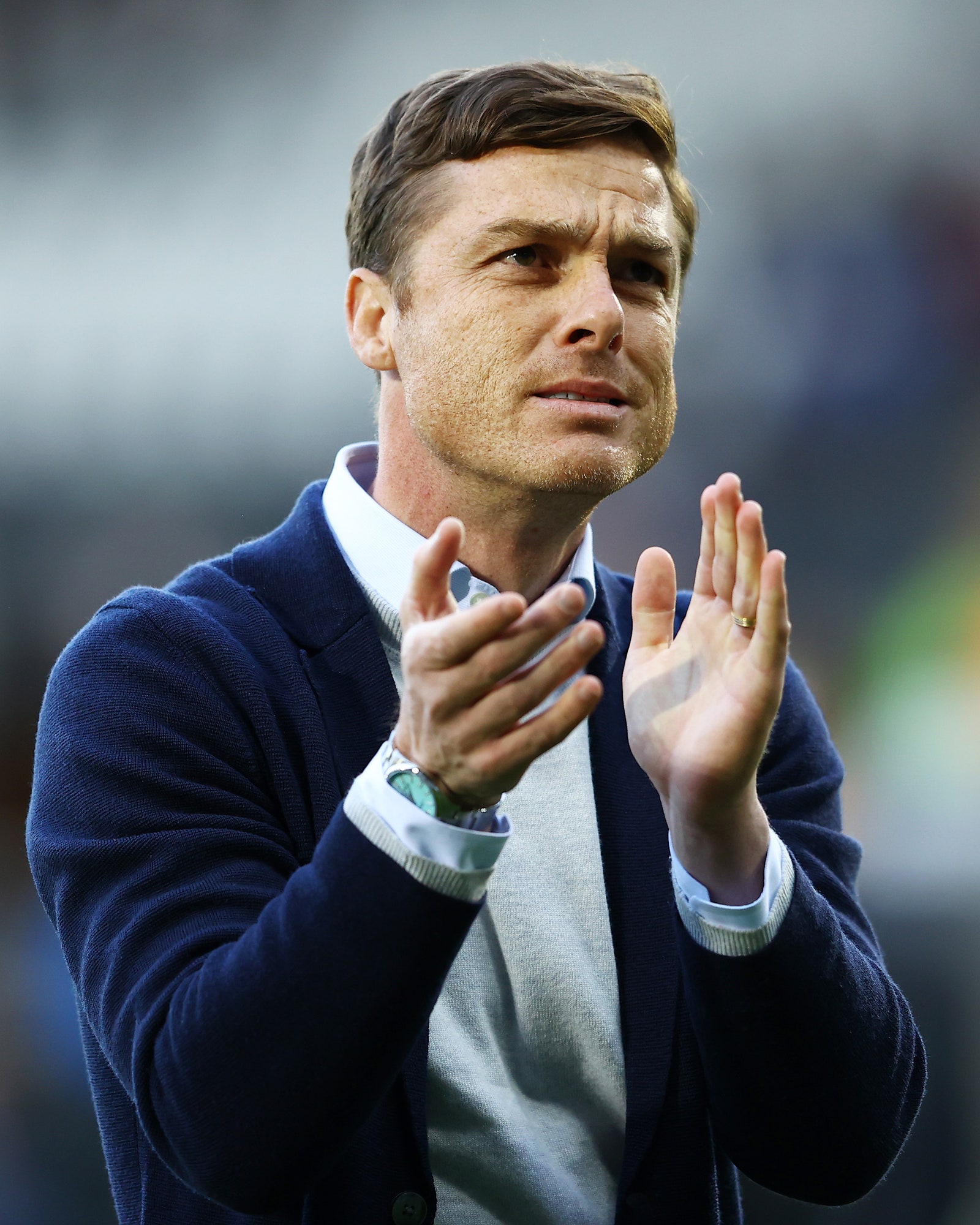 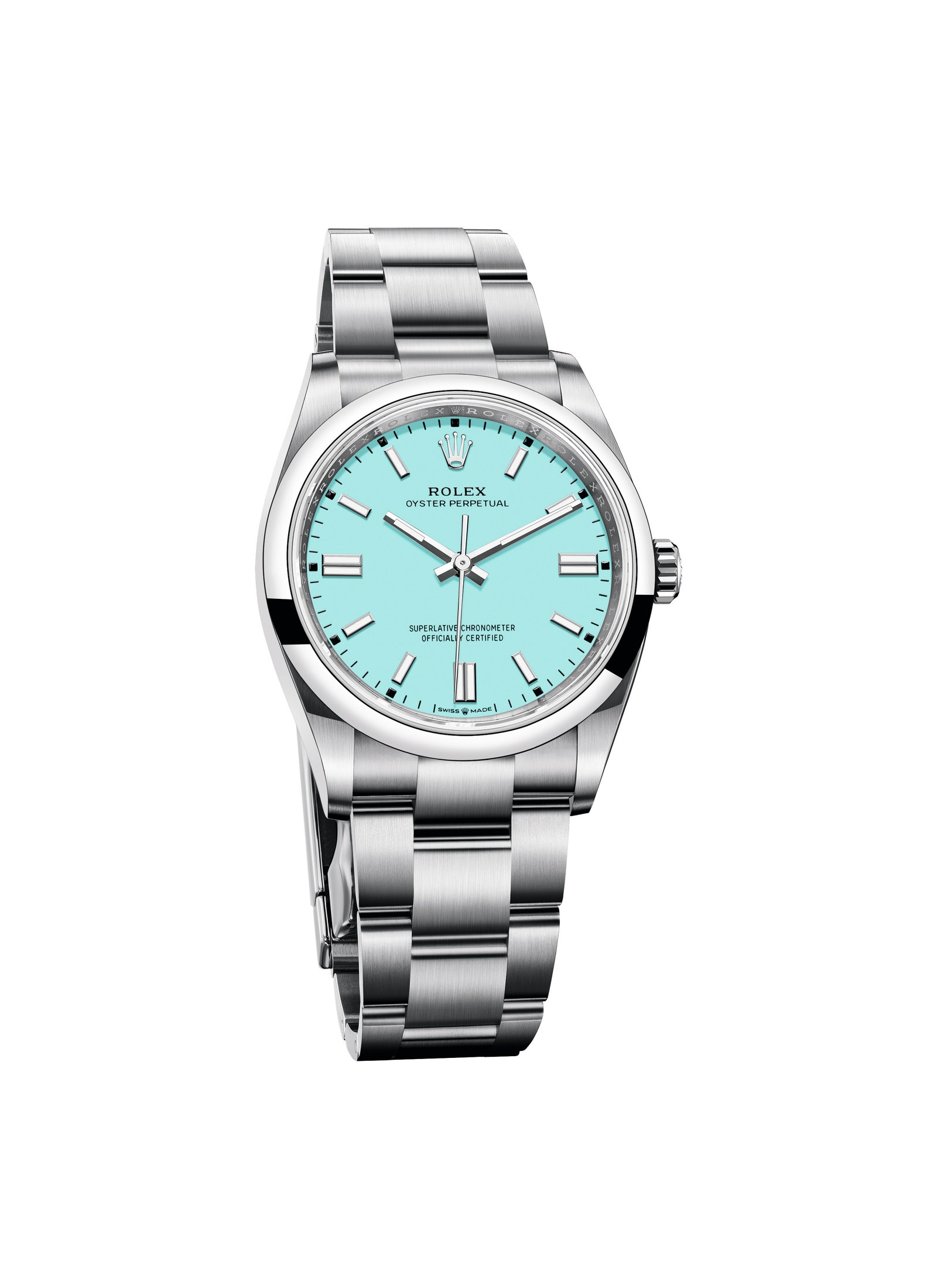 You didn’t think you were going to leave a 2022 watch roundup without seeing a piece with a Tiffany-blue dial, did you? This week, we’re jumping across the pond for our weekly fix. Parker, manager of second-division UK soccer club AFC Bournemouth, managed to keep this year’s hottest watch trend going when he wore Rolex’s now-discontinued Oyster Perpetual on the sidelines this week.

This Might Be Chromat’s Most Inclusive Swimwear Collection Yet

All the Must-See Shows, Fairs, and More

Travis Scott x Nike Is Back

Who What Wear Podcast: Amy Odell

The Importance of Mental Stillness and How to Create It