Sweden does not plan to hold a referendum on the subject of NATO membership if its Parliament approves of the measure, Swedish Prime Minister Magdalena Andersson announced on Thursday, suggesting that putting the matter to a vote would be a “bad idea.” 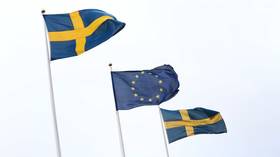 “I don’t think it is an issue that is suitable for a referendum,” the Swedish leader told reporters, implying that Parliament’s support was sufficient. “There is a lot of information about national security that is confidential, so there are important issues in such a referendum that cannot be discussed and important facts that cannot be put on the table,” she explained.

The Swedish parliament is conducting an overview of security policy with plans to release a report on the subject by the middle of next month. With a majority of Parliament reportedly backing membership in NATO, Andersson’s own party, the Social Democrats, are considered the primary obstacle to Stockholm signing on to the 30-country alliance. However, Ulf Kristersson, head of the leading opposition party, the Moderates, agrees that a referendum is a bad idea.

“Voters … are not naive about Russia,” he told Aftonbladet earlier in the week during a debate with the head of the Left Party, Nooshi Dadgostar, claiming it was “very clear the Swedish voters have understood what happened” on the day Russia invaded Ukraine “and have drawn their conclusions.”

The Left Party is against joining NATO, and Dadgostar argued Swedes should have a say in the matter, stating that it “has to go back to the voters, there has to be very strong democratic support in this question.” A poll published by Aftonbladet last week indicated 57% of Swedes supported NATO membership, a 6% increase from the previous month.

Sweden and Finland are planning to simultaneously submit membership applications to NATO in mid-May, local media have reported, citing government sources. The Nordic countries’ leaders claim Russia’s invasion of Ukraine altered the “whole security landscape” of the region. Moscow, however, has warned against such a move, suggesting it will be forced to strengthen its regional defenses should NATO expand to its borders. While Sweden had initially planned to wait until the end of the month to publish its security analysis, Swedish Foreign Minister Ann Linde cited Finland’s already-published report as the reason for stepping up her country’s timetable, declaring that “there is now a lot of pressure” for Stockholm to release its own conclusions. However, polls indicate Finnish support for NATO membership is markedly higher (68%) than it is in Sweden.

NATO Secretary General Jens Stoltenberg declared on Thursday that the alliance was prepared to back Ukraine’s fight against Russia for “years” and to update the nation’s weapons systems to modern “NATO-standard weapons and systems that will also require more training,” even as Russia warned that continuing to supply heavy weaponry to Kiev would pose a threat to European security and “provoke instability.”

Moscow earlier this week accused NATO of “essentially going to war with Russia through a proxy and arming that proxy” following the destruction of a Ukrainian arms depot packed with foreign weapons in Zaporozhye. The Pentagon rejected the claim. The alliance has doubled down on its support for Kiev, with the US hosting a 40-country meeting in Germany to bring even non-NATO nations on board to support the conflict.