Pain with a side of anguish on Broadway

“Ouch!” is the main takeaway of the intriguing, autobiographical new musical “A Strange Loop,” which opened Tuesday night on Broadway. It’s blow after blow after blow. And then some metaphorical slaps, kicks and scratches for good measure. There’s so much pain felt by the main character that you leave gravely concerned for the emotional well-being of the man who wrote and inspired him.

That would be writer-composer Michael R. Jackson, whose likable creation Usher (Jaquel Spivey) is a stand-in for himself at a godawful point in his life — age 25. (One would hope that having a show on Broadway has improved things somewhat.)

Usher pays his Queens rent by working unenthusiastically as a front-of-house employee at a Disney theater, attempting to write a musical about writing a musical (this one) and struggling with being black and gay — romantically and with his religious family, who constantly call and derisively ask if he has HIV yet.

Usher — donning a red uniform or T-shirt — speaks and sings, mainly, to a chorus of his thoughts played by six energetic, chameleon actors: L Morgan Lee, James Jackson, Jr., John-Michael Lyles, John-Andrew Morrison, Jason Veasey and Antwayn Hopper. They play a catwalk of well-defined, richly imagined characters. The printable ones are Daily Self Loathing and Supervisor of Sexual Ambivalence.

We meet Usher’s family, who ridicules him; the theater patrons, who bark demands at him; the powerful theater people, who dismiss his writing; and the sexual meetups who debase him as a kink. The one warm voice is a “Lion King” ticket-buyer who encourages Usher to make the show he wants to make. It’s the show’s best scene.

Part of his dream show is a manifesto on art. His family begs, over and over again, for Usher to write a nice gospel play like Tyler Perry. Usher takes none too kindly to their pleading and insists “the crap he puts on stage, film and TV makes my bile wanna rise . . . just simple-minded hack buffoonery.”

Perry, suffice it to say, is not a producer on “A Strange Loop.” 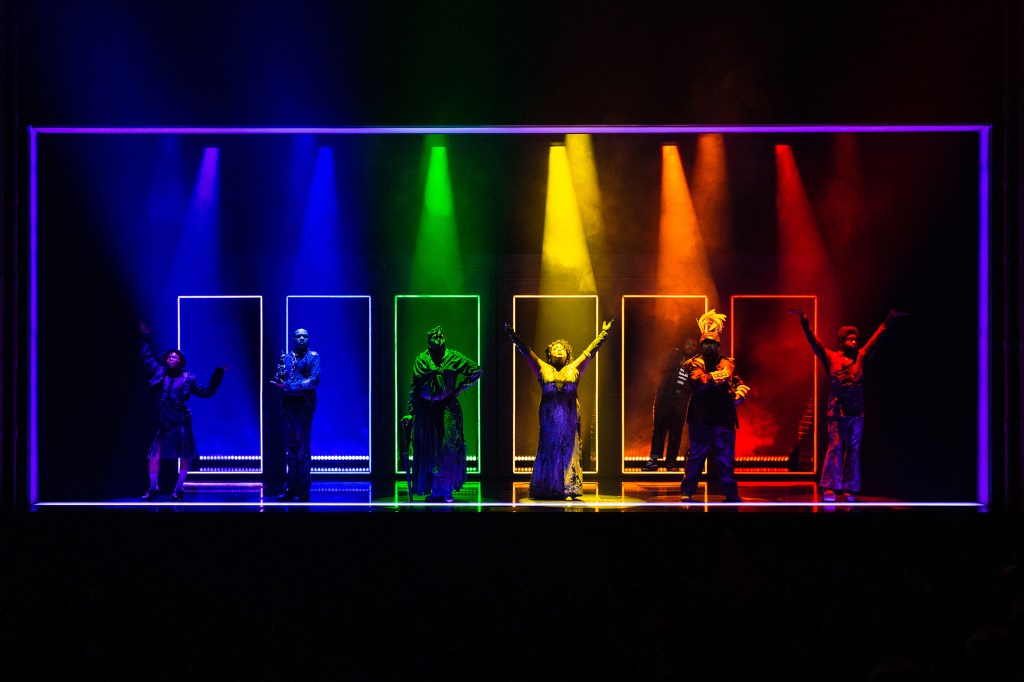 While scraping by in New York, 25-year-old Usher tries to write a musical about writing a musical.Marc J. Franklin

Even if it all plays out like a dramatic therapy session, there is a powerful, raw emotionality to “A Strange Loop,” directed by Stephen Brackett, and a boppin’ score with a couple memorable tunes — if not much polish or, ultimately, much satisfaction. I missed it at the much smaller Playwrights Horizons in 2019, but would’ve liked to have felt its effects in a more intimate room. For instance, the sound balance on Broadway is off, and it’s hard to hear the lyrics over the band.

Prepare your ears: The musical is also absolutely filthy. If “Spring Awakening” or “The Book of Mormon” had you reaching for your rosary, best bring along some holy water and frankincense for this one. On the language front, Jackson goes overboard.

The amount of beyond-vulgar sex talk in this show is really through the roof. And not in any kind of brave, “to boldly go” way. One term — to find a euphemism for it would take a supercomputer — said during a hookup with a racist white guy almost made me lose my lunch. 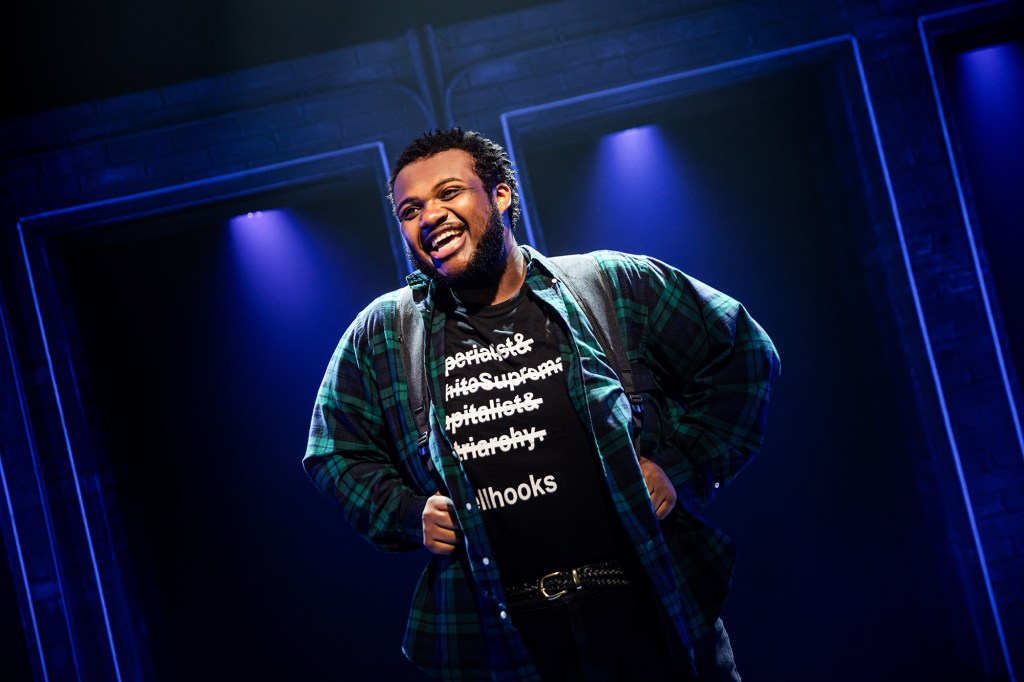 Spivey, making his Broadway debut, manages to sell that risqué material with his charm, innocence and good spirits. The audience feels almost maternal toward the guy — wanting to protect him and guide him through these ordeals in the way that Usher’s own parents refuse to. The character often speaks in silent, hilarious glances, and Spivey makes a meal of them.

“A Strange Loop” isn’t the first meta musical, and its format feels familiar — to the very block. The comedy “[title of show],” about its four characters creating the musical they’re simultaneously performing, played the same theater 14 years ago. And “Tick, Tick . . . BOOM!” by Jonathan Larson covers similar territory. Good for Jackson, though, for using the genre to give voice to topics that don’t usually get airtime on Broadway: navigating being gay in a supposedly inclusive, liberal, metropolitan enclave that’s actually vapid and profile-pic obsessed; and squaring your sexuality with a black, deeply religious family.

However, there also is a word beginning with “P” I hope to never hear uttered on a Broadway stage again.

OpenSea acquires Gem, and Chess.com makes a move into NFTs