There is no doubt that the biggest watch in the world right now is the Patek Philippe Nautilus with a Tiffany dial. The watch isn’t just racking up clout—and moving for $6.5 million at auction—for Patek and every customer who manages to get their hands on it, either. No, the Tiffany Nautilus is so powerful that it almost immediately became an influential watch, a process that takes most models years, if not decades. The watch is raising the value of other non-Nautilus pieces that share the Tiffany-blue dial. The price on Rolex’s turquoise-dial Oyster Perpetual, released in 2020, surged in December of last year, just as the new Nautilus was announced. Even the turquoise-dial MoonSwatch from the Omega x Swatch collaboration is selling for close to $1,000 despite its $260 retail price. Collectors, too, seem to be bringing out similar-looking pieces to get in on the fun.

Never one to miss out on expensive fun: Drake. At this week’s playoff game between the rapper’s Toronto Raptors and the Philadelphia 76ers, Drizzy wore a Rolex Day-Date that was all kinds of flashy. The bezel and the bracelet’s links are set with diamonds, as are the Roman numerals. But the main attraction was the turquoise dial that kept Drake firmly on trend when it comes to his wristwear. Also this week, more Nicolas Cage, and one actual Tiffany-dial Nautilus. 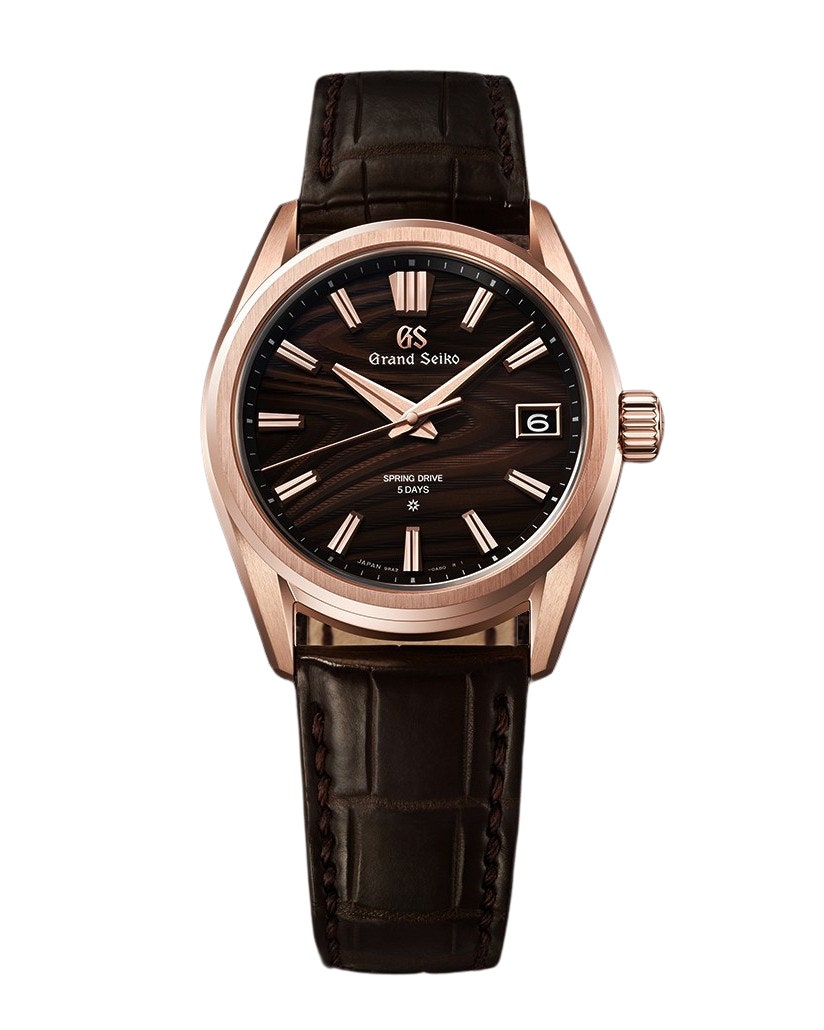 Earlier this week, at the grand premiere of his new movie The Unbearable Weight of Massive Talent, Nicolas Cage shared a short list of things he loves and uses as style inspiration. The first was shortbread, which reminded him of a suit he wore recently at SXSW, he said. The second was tree bark. What, you might be thinking,does that have to do with watches? Thanks to the nature enthusiasts making watches at Grand Seiko, a whole lot. The dial on Cage’s watch is inspired by tree rings, which is close enough to bark that Cage had to have it. He summed up his airtight philosophy as, “I like shortbread and I like trees.” 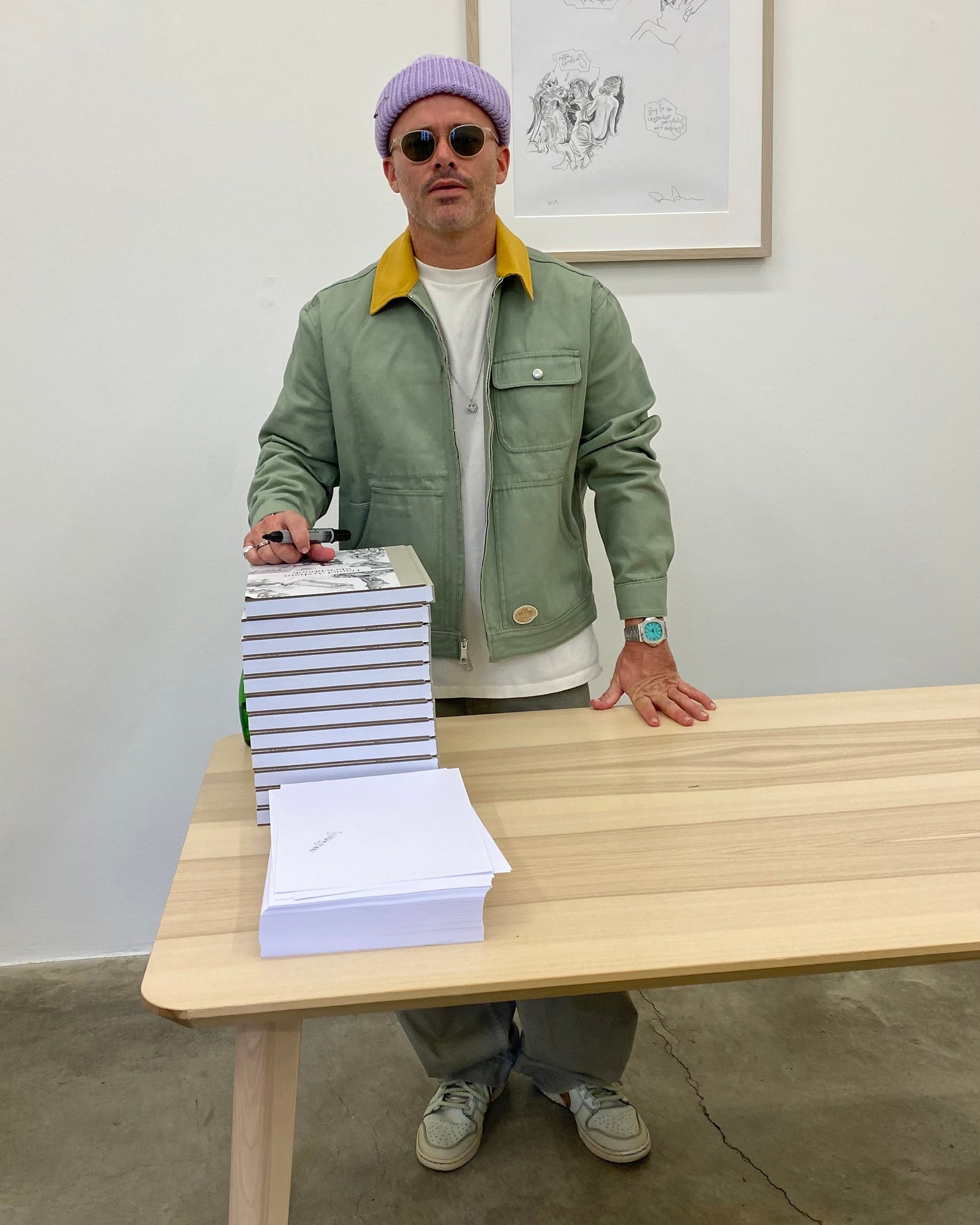 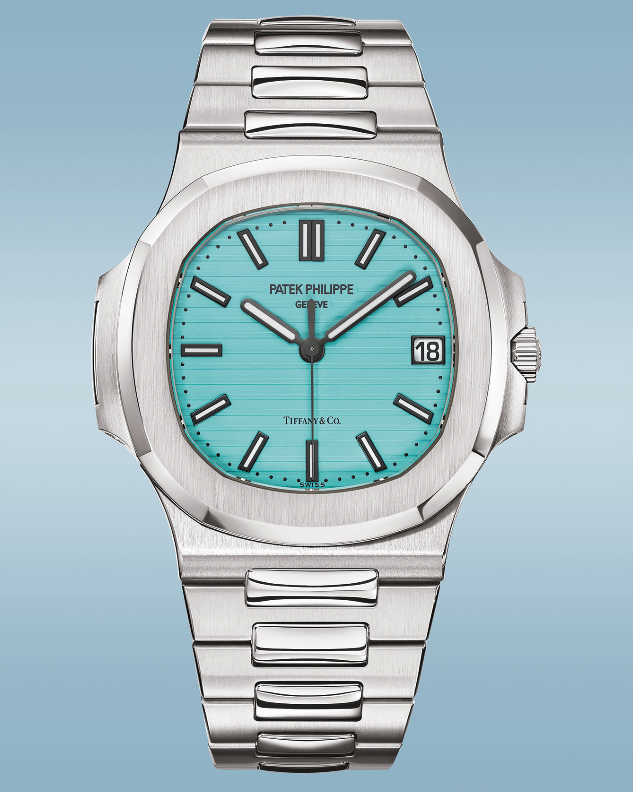 You saw Drake take inspiration to kick this week off, but architect Daniel Arsham got his hands on the real thing. At a signing for his new tome SKETCHBOOK in Paris, Arsham showed off his Tiffany Nautilus. What I love about this watch is that the shade of Tiffany blue seems amped up a few notches—this thing is radioactive! Whether the Nautilus is with LeBron in his luxury box, hanging out with Leonardo DiCaprio courtside, or signing books with Arsham, there is absolutely no mistaking this watch for anything else. 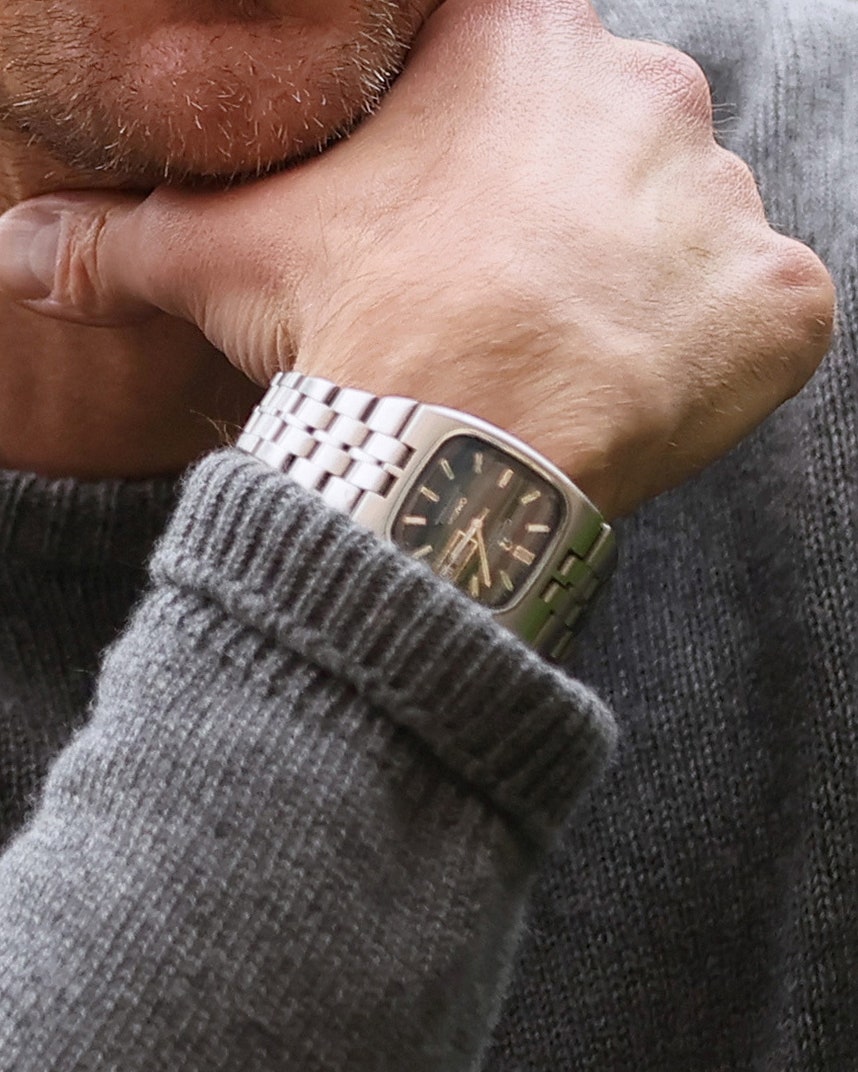 A close-up courtesy of Skarsgård!

For most of the Seamaster’s existence, it came in only one form: the traditional round case. But for just a few years in the late ‘60s and early ‘70s, Omega designed a version of the Seamaster with a blocky square case (now referred to as the “TV case”). Somehow one of those pieces made it to Alexander Skarsgård, who has been wearing this vintage piece religiously while promoting his new movie The Northman. (You can see the bracelet in his recent GQ shoot, too). And, you’re not going to believe this, there are versions of this watch from the ‘70s that come with… Tiffany-blue dials. 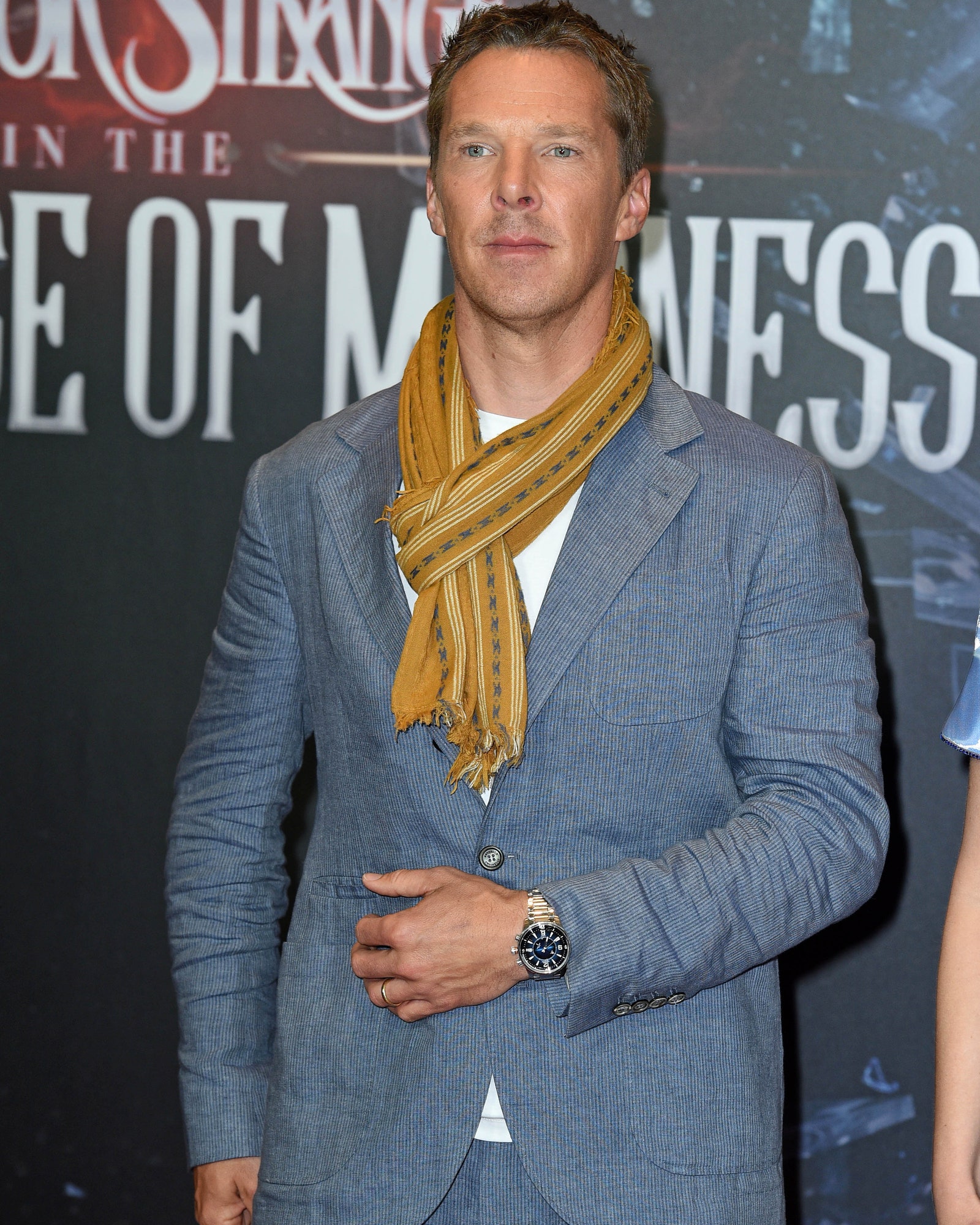 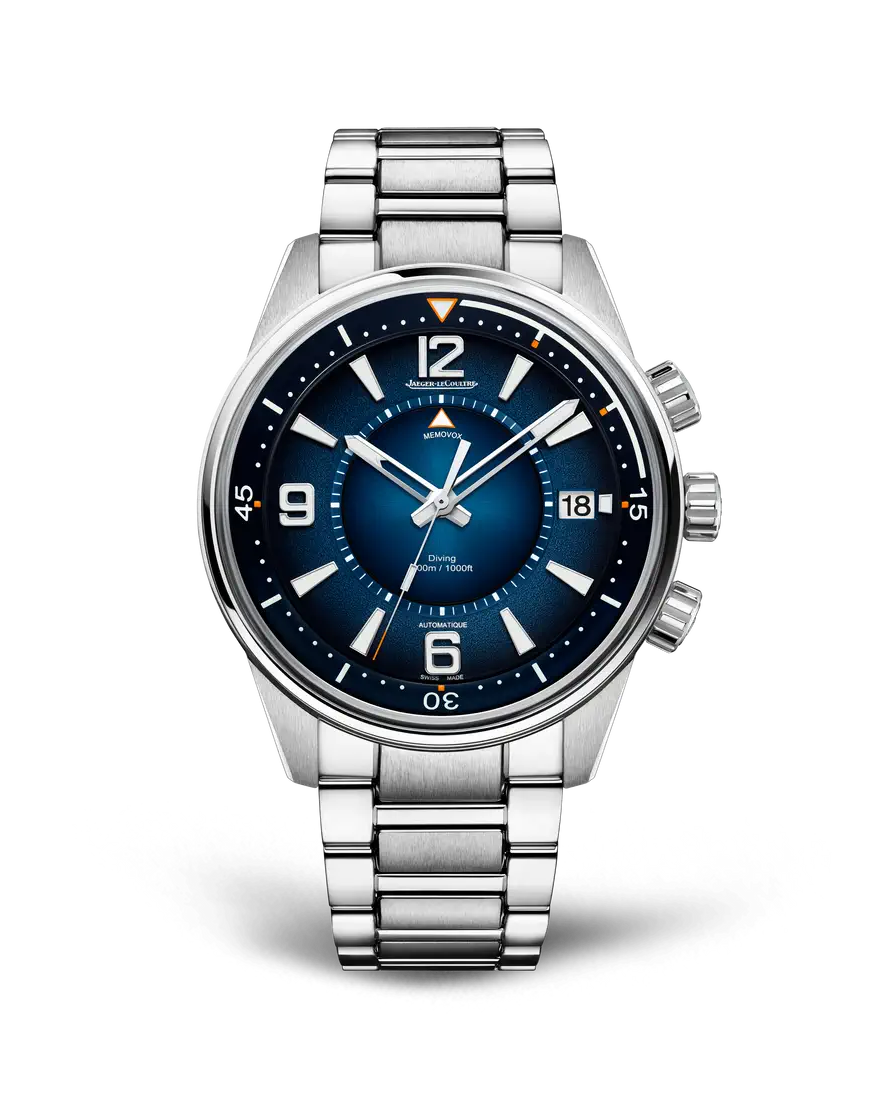 Movie premieres aren’t just useful for promoting new films. While on the red carpet for the new installment of the the Doctor Strange franchise, Benedict Cumberbatch flashed a JLC Polaris Mariner Memovox. This watch is piping hot off the factory floor: it was only introduced a few weeks back at Watches & Wonders. While JLC is best known for its elegant and dressed-up pieces—watches that, ahem, would have gone great on a red carpet—this diver-inspired Polaris is proof the brand can do sporty, too. The word “Memovox” here references the watch’s alarm feature, which Cumberbatch set to 10 o’clock. I guess someone’s not a morning person.

Here is why Germany is ranked the most crypto-friendly country

Yes, Even Oily Skin Needs Hydration. Here Are The Only 14 Moisturizers You’ll Need.

Would You Buy a Mushroom Handbag?