Seconds after the Yankees and Guardians had finished playing Saturday afternoon, they were united on the same side with the same common opponent: angry Yankees fans.

In an extraordinary scene, Gleyber Torres’ walk-off single was immediately overshadowed by altercations in the outfield, in which fans threw beers and debris from the right field bleachers toward Guardians players, prompting Yankees such as Aaron Judge and Giancarlo Stanton to try to calm the hecklers and to prevent anyone from getting hurt.

Cleveland right fielder Oscar Mercado said he nearly was hit by a beer can and caught another that came close to his face. Video showed an umpire, who was trying to get players off the field as debris rained down, being hit in the back by a projectile.

“You can celebrate your team walking it off all you want, but don’t throw s–t on the field,” Mercado said after the Yankees’ 5-4 victory.

The commotion began a batter earlier, when Isiah Kiner-Falefa drilled an RBI double off the left-field wall. Guardians left fielder Steven Kwan crashed into the outfield wall trying for what would have been a spectacular and game-saving catch. He stumbled away from the wall and crumpled to the ground as Yankees fans celebrated a suddenly tied game.

Center fielder Myles Straw was checking on Kwan when he said a group of fans — one in particular — began applauding the injury and mocking Kwan as trainers checked on him. Straw scaled the wall and jawed with that one fan.

Straw first declined comment after the loss and walked away saying: “Brutal. Worst fan base on the planet.”

Later, he explained his side and said Kwan is the “nicest guy on the planet.”

“[Kwan’s] chin was messed up, his forehead was messed up, just give him a breather,” Straw said of Kwan, who was being evaluated after the game. “You can chirp all you want, say whatever you want. But when someone’s hurt, that’s not something to joke about.”

Guardians manager Terry Francona was among the many — including several Yankees players and manager Aaron Boone — to say fans should never throw anything onto the field.

“Kid’s out there bleeding, they’re checking him for a concussion,” Francona said of Kwan, a rookie. “I just think the emotions probably got a little out of control.” 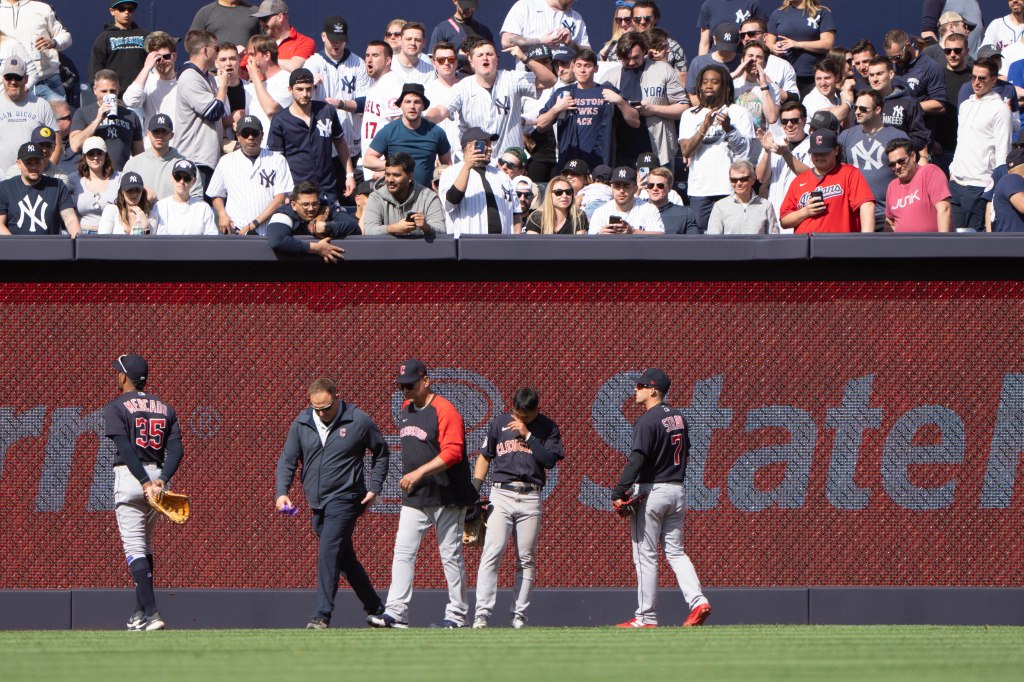 Steven Kwan is tended to after a collision with the outfield wall. USA TODAY Sports

Several Cleveland players said they received verbal abuse Friday and Saturday, though they hear that in other visiting parks, too.

This was different. Straw said he had never seen or heard a scene like Saturday’s ninth inning anywhere else.

“I usually laugh and [the fans will] laugh back, especially when they get a little smile out of you,” Mercado said. “But bringing violence and throwing stuff on the field and cheering when someone else gets hurt, that’s not OK, and that’s when I draw the line.”

The fourth-year outfielder hopes to see repercussions for the fans who sparked it.

“I think there should be rules set up for that. Because in all honesty, that’s ridiculous,” Mercado said. “And that should not happen. Say whatever you want to say and do whatever you want to do. But at the end of the day, there’s got to be consequences for behavior like that.”

Guardians players said they appreciated Yankees players for trying to settle the fans down. 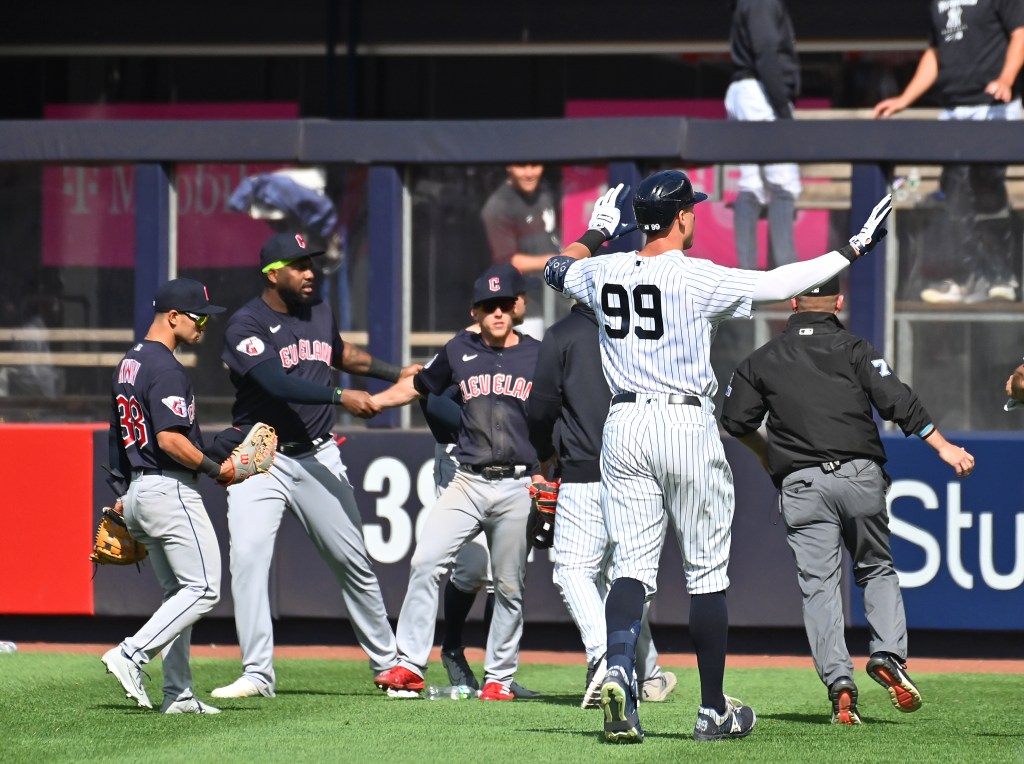 Kiner-Falefa said: “We win with class … we’ll fix it next time I hope.”

Cleveland players understand they are in enemy territory in The Bronx, but they wanted fans to be cheering for the Yankees, not for opponents’ injuries.

“They can flip me off, they can say stuff about my family. I really don’t care about that,” Straw said. “But when someone’s hurt, you don’t prey on that. Just keep your mouth shut and just let them recover.”

US Congresswoman fights off accusations of ‘insurrection’ — RT World News