Angela Williams was as good as dead.

At around 10:00 a.m. on Jan. 13, 2017, her estranged boyfriend, Tyree Wright, who doubled as her pimp, had tracked her down from Los Angeles to Las Vegas — where they’d met and began their professional and quasi-romantic relationship three years prior.

That morning, Wright, then 36, showed up on the doorstep of what Williams thought was her safe haven condo, a hideout. He came bearing a bouquet of flowers as a peace offering for nearly choking her unconscious on New Year’s Eve two weeks prior. The strangulation was one of many attacks Williams had been subjected to when she wasn’t busy meeting the daily $2,500 “quota” Wright forced her to earn by having sex with countless other men.

Williams finally escaped over 15 years of sex trafficking after her pimp and pseudo-boyfriend nearly beat her to death in 2017.Sadhvi Anubhuti

But when she opened the door, Wright dropped the bouquet — and whipped out a metal nightstick.

“That first hit of the nightstick stung so badly, and he kept hitting me over and over for so long,” Williams, 38, from Houston, Texas, told The Post. Her story is featured in the new documentary “Surviving Sex Trafficking,” currently streaming on Amazon Prime.

Wright repeatedly struck her with his weapon for 30 minutes, fracturing her skull, breaking her forearm, shattering her left hand, permanently damaging her finger and leaving more than 20 large welts all over her face and body.

“I remember blacking out while he was beating me on the head with the metal baton,” she said, noting that she still suffers from brain trauma. “If I would have taken one more blow I would have died, for sure.” 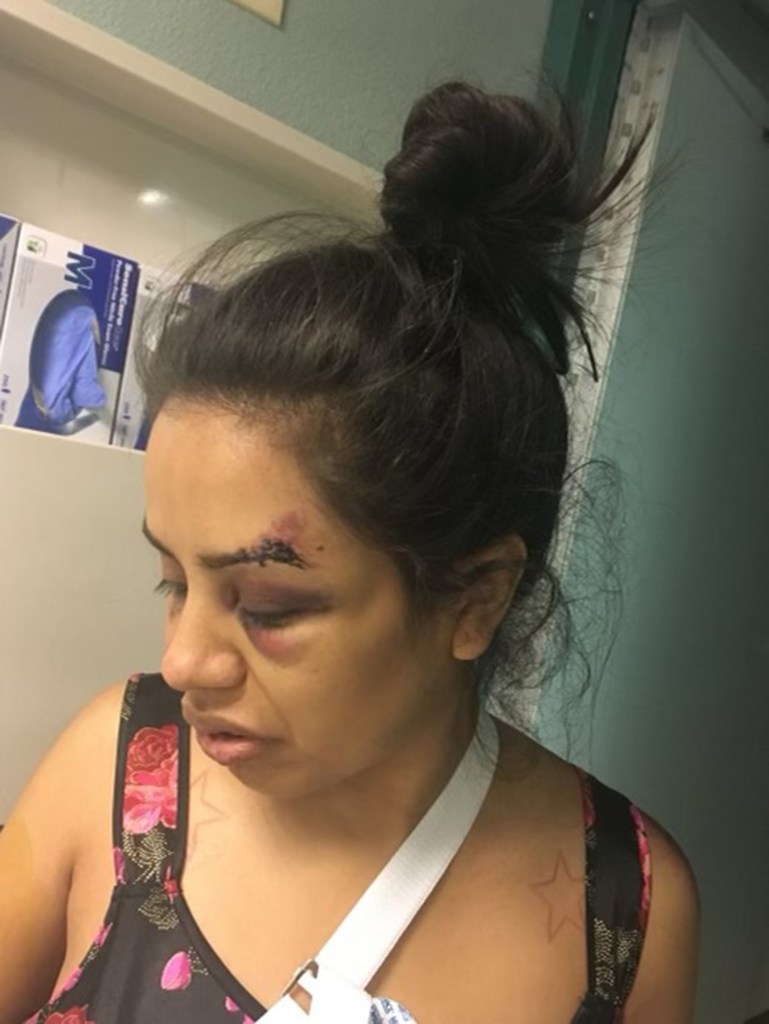 Wright’s abuse left Williams with a number of wounds and permanent injuries, as well as lingering brain trauma and memory loss.

After the attack, Wright left her to die, but a bludgeoned Williams managed to flag down a good Samaritan who drove her to Nevada’s University Medical Center for treatment.

The near-fatal incident marked her last day under a pimp’s rule after 15 harrowing years. During that time, she was trafficked by a number of men — including former “Love & Hip Hop” star and music producer Jamal “Mally Mall” Rashid — across Texas, California, Nevada, Illinois, Massachusetts and New York City. (Rashid is currently serving a jail sentence for operating his own prostitution service in Nevada.)

Williams, now a single mother to a three-year-old daughter, attributes her escape to New York-based human trafficking asylums Safe Horizon and LifeWay Network, which sheltered her in the suburbs of Manhattan during her recovery from sexual servitude.

Wright — who is not her daughter’s father — was ultimately arrested, and is now serving a prison 29-year sentence for sex trafficking, second-degree kidnapping and battery related to Williams. 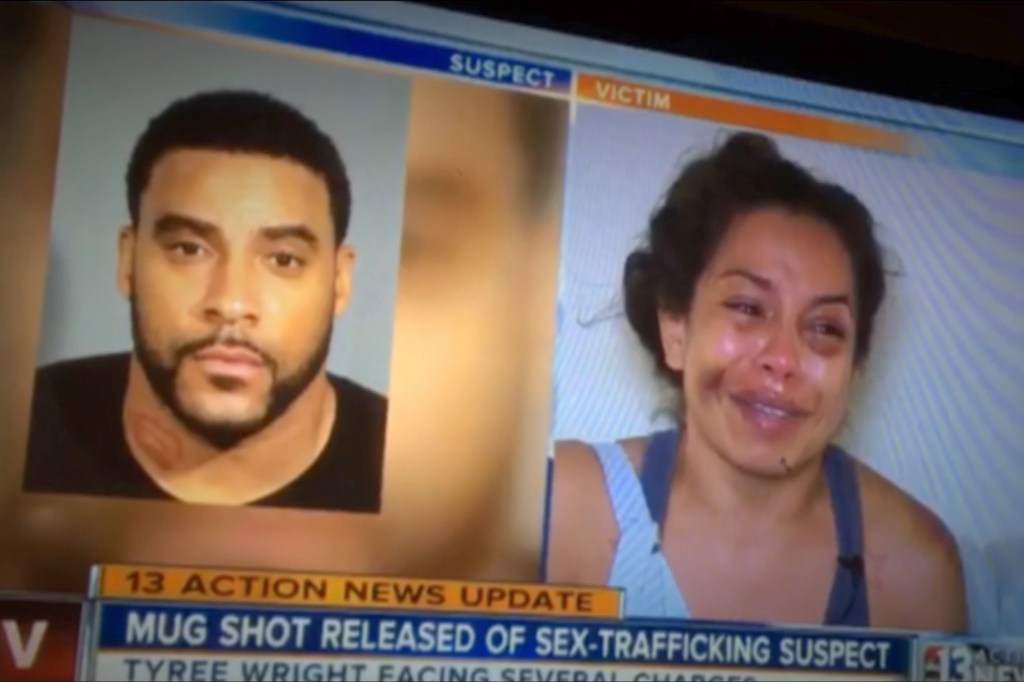 Wright is now behind bars for his assault on Williams. Surviving Sex Trafficking

The film, executive produced by actor Alyssa Milano, Daytime Emmy-winner Jeannie Mai and her husband, rapper Jay “Jeezy” Jenkins, delves into the tales of women who have managed to escape sex trafficking. The odds were against them — only 1% of the estimated 45 million people globally who are trafficked are able to get out of the sordid trade.

While gathering survivors’ stories for the doc from June 2019 through August 2020, director Sadhvi Siddhali Shree — an Iraq War veteran and Jain monk — found solace in their testimonies as she confronted the sexual trauma. At age 6, she was raped by a man who was hired to paint her family’s home.

“This was a very freeing and healing process for me,” Shree, 38, told The Post.

“If I’m still going through so much pain from that [assault],” said Shree — who also directed 2017’s award-winning doc “Stopping Traffic,” about the unsung heroes who fight against sexual exploitation — “imagine someone that’s getting raped for profit 20, 30 or 40 times a day. How do these sex trafficking survivors heal from that mental and emotional anguish?” 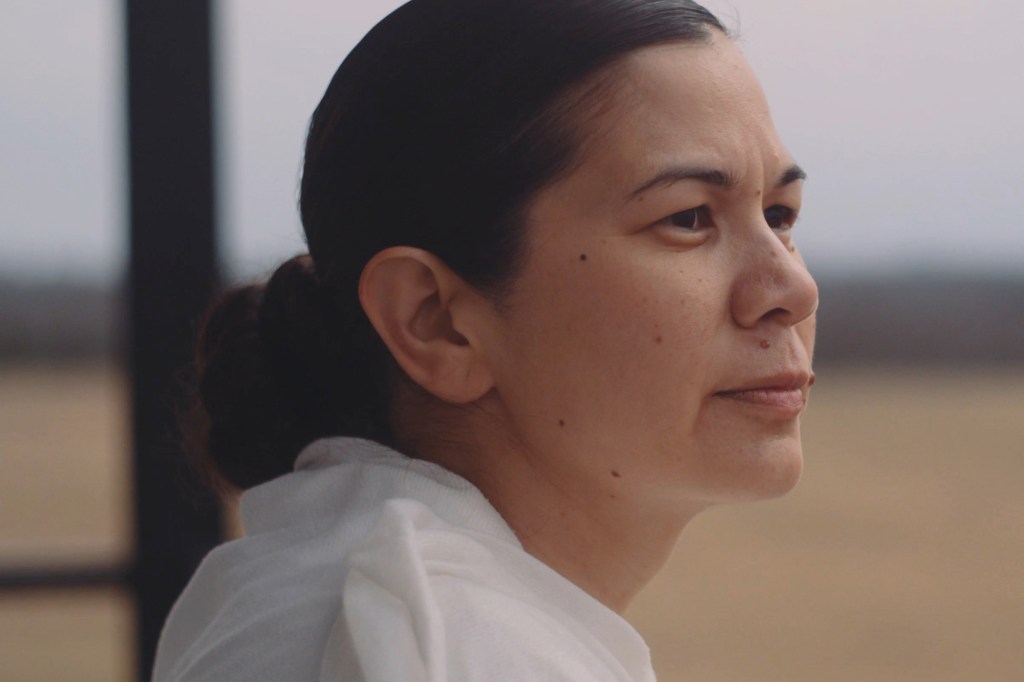 Sadhvi Shree said that directing the film offered her a sense of comfort as she continues to heal from her own sexual abuse. Zack Tzourtzouklis

The film also features Kendra Geronimo, a former stripper from Miami, who was kidnapped into sex slavery over a decade ago.

She, like Williams, immediately responded when she saw Shree’s February 2019 call to action on Instagram, which read in part, “If you are a survivor and are willing to be interviewed and be a part of our project, please send a brief but personal resume of your life.” 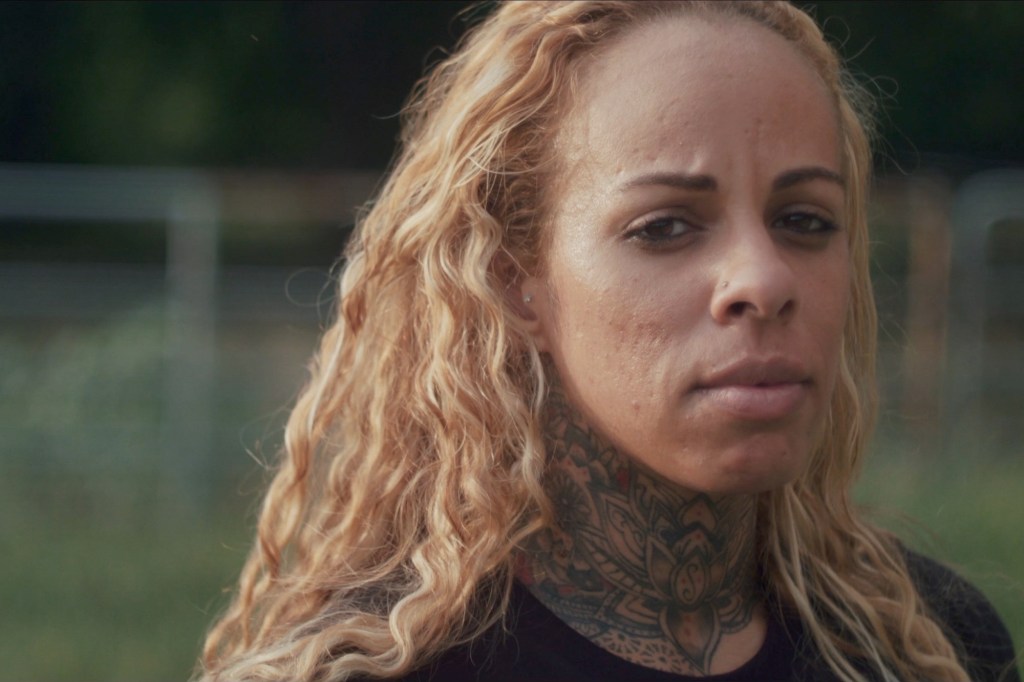 Geronimo learned she’d become pregnant by her sex trafficker after she fled his brothel and returned to her home in Florida. Zack Tzourtzouklis

In the doc, Geronimo claims her unnamed pimp had other women — who were his prostitutes and her fellow strippers — trick her into drinking a drug-laced beverage in order to abduct her to a brothel in South Carolina.

There, he trapped her behind a locked door and bolted windows in her assigned room, where he regularly raped her at gunpoint or under the threat of physical abuse.

After she was forced to work as a prostitute for three months, Geronimo hijacked her trafficker’s room keys, sprinted out of the brothel and returned to Miami. However, shortly after arriving in Florida, she discovered that she was pregnant with her ex-pimp’s baby, a boy.

“I was like, ‘No, this can’t be it,’” Geronimo says of her pregnancy in the movie.

But she credits her son, now a preteen, with saving her life.

“He was my purpose,” says Geronimo, who now helms a nonprofit geared toward aiding law enforcement in the fight against sex trafficking. “He is what saved me from going back [to Miami] and overdosing on drugs and alcohol or going right back to [stripping].”

Shree said that connecting — and honoring — victims is crucial to their healing.

“Confronting the pain, rather than suppressing it, is the only way we can ever really be free.”

Tim Gettinger showing improvement in this go-around with Rangers