Lazzez, who lost his previous outing in January last year when Warlley Alves knocked him out in the first round, improved to 11-2 after seeing off Ange Loosa but then shocked the MMA world when taking the microphone from pundit Daniel Cormier to thank Kinahan.

“Without him, I would never be the man I am today,” Lazzez insisted of the Irish boxing and MMA promoter, who this week became the focus of a $5 million bounty awarded to anyone with information that can lead to the arrest and conviction of any members of the Kinahan family.

Later at a press conference, Lazzez was probed on the extent of his relationship with Kinahan, who has been a confidant to many in the fight world through the MTK Global management company including current boxing world heavyweight champion Tyson Fury.

“That man is a friend and advisor,” Lazzez began. “He’s the one who picked me up every time life would kick me down. He’s a real man of his word and, you know, he’s the one who reached (sic) me what does it mean, real family, real friend.”

“It’s someone I cannot thank him enough for where I am today and who I am today,” Lazzez added.

“He teached (sic) me the real manner, he teached (sic) me how to be responsible in my family and my friends and my close ones. That’s why I said that. All the shoutout and credit to him,” Lazzez went on, before being asked if he was aware of the US sanctions against controversial figure Kinahan.

“No, I don’t know that,” Lazzez protested.

“I think I’m here to entertain people and I say I give the credit to whoever deserves credit. I’m not involved in this kind of stuff and I don’t know about it and I will investigate how it is and how to go.”

“For me, it’s a simple thing,” Lazzez also said. “It’s a friend outside the gym and just I meet him for advice and things and he helped me through my career. 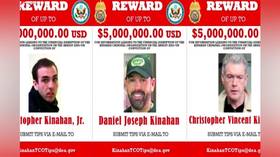 “I don’t follow really this kind of news,” Lazzez continued. “I focus on the sport, I focus on my family, I focus on entertaining people and that’s most important.”

Lazzez answered a couple more questions about Kinahan by asking himself if there were any further queries pertaining to his performance at UFC Vegas 51.

The Tunisia-born fighter did not specify any professional relationship he has with Kinahan but he has previously been represented with the Probellum promotion that works with MTK Global with his Instagram full of old photos of him wearing MTK t-shirts.

Also this week, Probellum released a statement denying Kinahan has an executive role in their organization and said it would avoid any future association with him.

Yet Lazzez is affiliated with Team Nogueira in Dubai and is also, like Kinahan, based in the emirate which could be why Lazezz described the 44-year-old as a “friend outside the gym.”

A.I. Is Mastering Language. Should We Trust What It Says?

You can recycle your old laptops, phones, cameras and batteries for free. Here’s how

Forecasting the outcome of every NFL Week 17 game