For weeks Russian forces have been withdrawing from around the Ukrainian capital to focus on seizing eastern parts of the country. But Friday proved that that Kyiv is still far from safe.

Russia said it hit a plant just outside the city that makes anti-aircraft and anti-ship missiles, and claimed the attack was in response to a Ukrainian helicopter attack on a Russian village.

Ukraine denies it carried out that attack.

Moscow then warned it will respond to any Ukrainian attacks on Russian territory by striking Kyiv with more missiles.

The discovery of bodies in areas surrounding the Ukrainian capital continues, more than a week after Russian troops left the area. 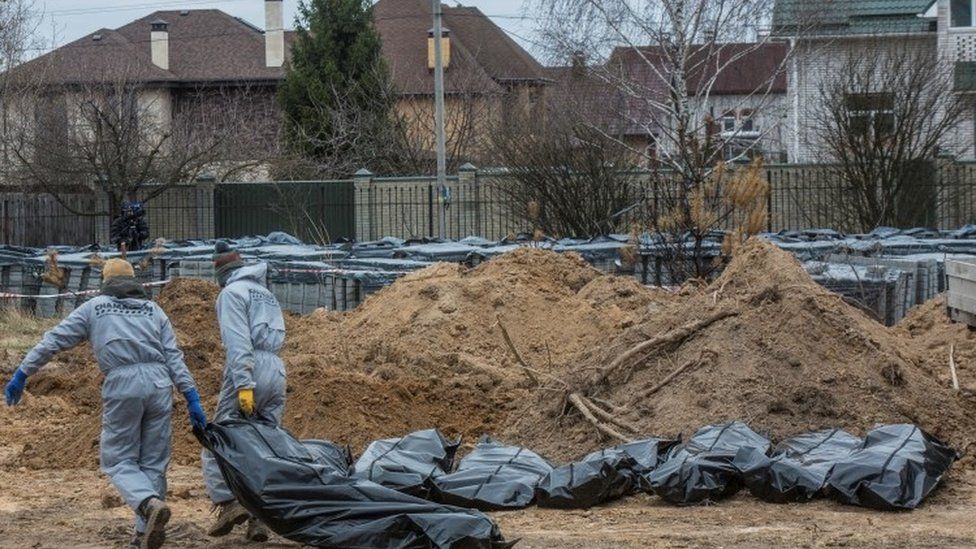 More than 350 of the bodies were retrieved from Bucha

“Regretfully, I can say that we have found the bodies of 900 deceased civilians and transferred them to forensic experts,” Kyiv Region Police Chief Andriy Nebytov said on Friday.

He added that more than 350 of the bodies were retrieved from Bucha – where evidence of atrocities has led to accusations of war crimes against Russian troops, vehemently denied by Moscow.

BBC journalists have seen bodies in civilian clothes on the roads outside Kyiv, and documented the sizeable operation to collect and identify the dead in Bucha.

Moscow sends a warning to the US 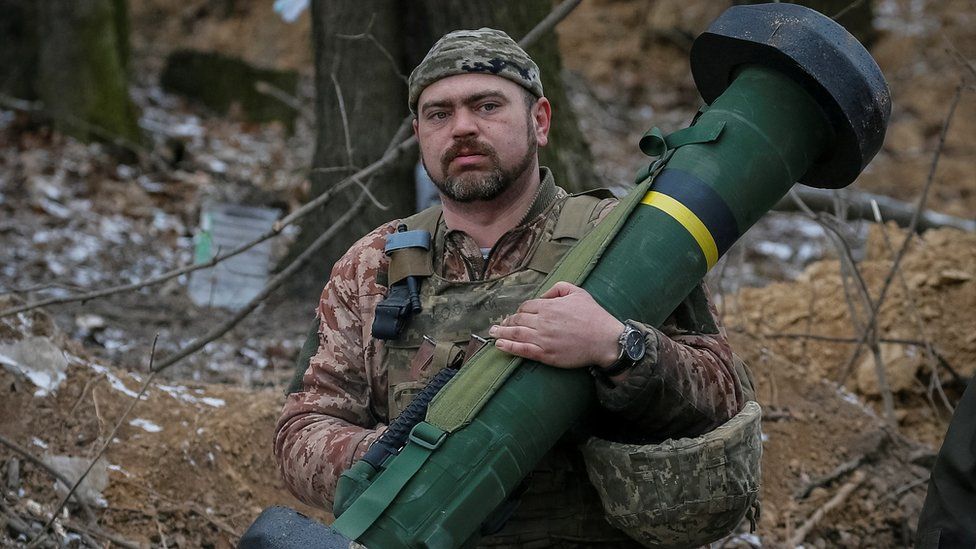 Russia has told the United States there will be “unpredictable consequences” if it refuses to stop sending weapons to Ukraine.

A diplomatic note was sent to the Biden administration, the Washington Post first reported.

The US recently announced that more sophisticated offensive weaponry would be sent to Ukraine as part of a $800m (£612m) package.

Ukraine’s battle for control of its skies 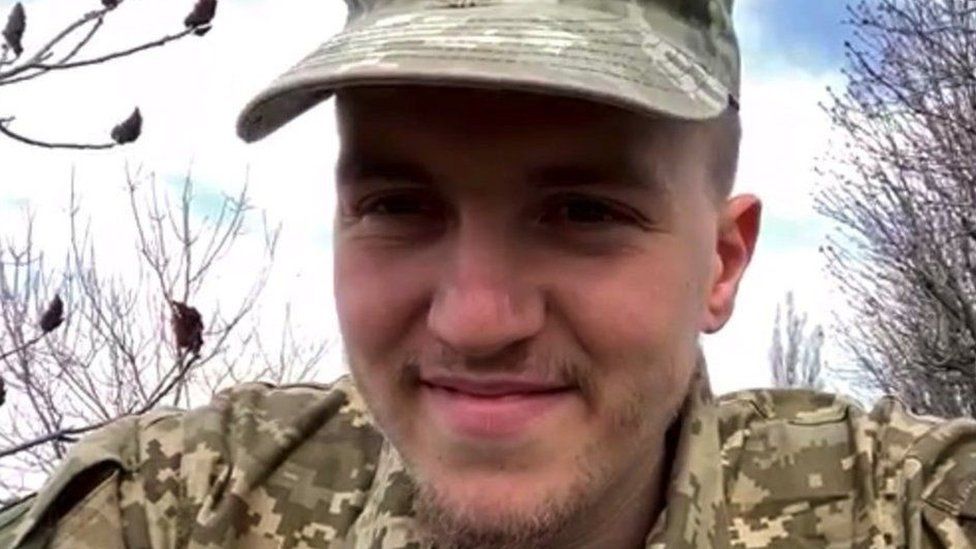 Much of the focus of the war in Ukraine has so far been about the battle on the ground – but the fight to dominate the skies is just as important.

The BBC’s Jonathan Beale was given an exclusive interview with a Ukrainian air defence officer about the battle for control of Ukraine’s skies.

“Past wars have shown, whoever dominates the air wins the war,” Captain Vasyl Kravchuk said.

US says Russian warship was sunk by Ukrainian missiles 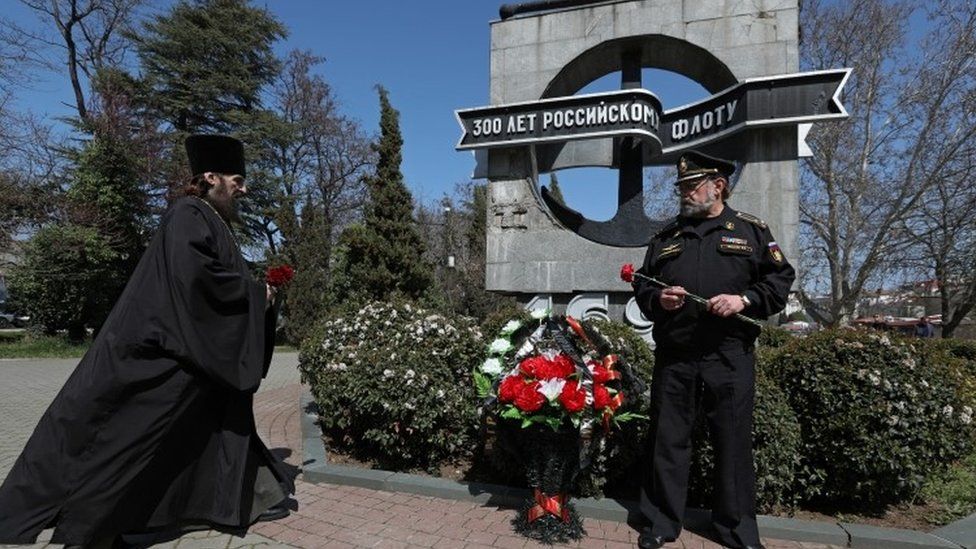 Information is still trickling out about a Russian warship that sunk on Thursday – however there are still many unanswered questions and contradictions.

Moscow says the Moskva, the flagship of Russia’s Black Sea Fleet, was being towed to port when “stormy seas” caused it to sink. Kyiv says its missiles hit the warship.

The US has now said it also believes the cruiser was hit by two Ukrainian missiles.

Ukraine has said the captain of the warship was killed on board, but this has not been confirmed. 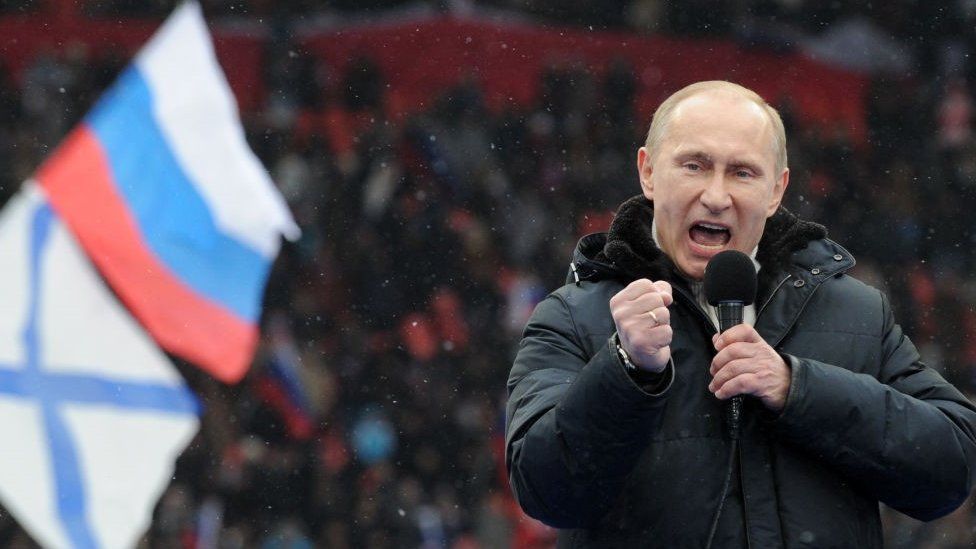 Germans are being urged to turn down their heating by a degree and use the train or bike over Easter to help reduce their dependence on Russian gas and oil.

Germany is under pressure from several other EU countries to agree to a complete ban on Russian energy but it currently relies on Russia for 40% of its gas and a quarter of its oil.

Ukrainian churches will be closed on Orthodox Easter 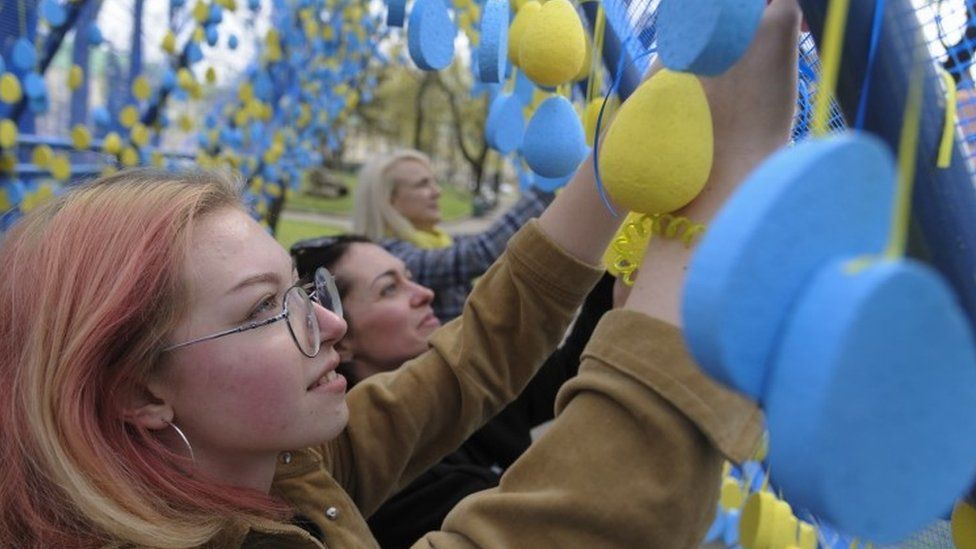 Churches in Ukraine will be closed during the curfew for Orthodox Easter, taking place on Sunday 24 April.

The news has been reported by Ukraine’s police, the Orthodox Church of Ukraine and the Ukrainian Greek Catholic Church.

The consecration of Easter baskets will still be held, but it will also respect the curfew.

The BBC’s Aleem Maqbool spoke to a priest in Ukraine about his shock at church leaders in Moscow.

Most bats don’t echolocate in broad daylight. Here’s an exception