But as it readies its voluminous findings, committee members are facing a handful of momentous choices about how to close out its probe, as well as what aspects are best left alone.

Here are five endgame scenarios the committee must confront before going public:

Calling Donald Trump: Not if, but when and how

The committee is almost certain to seek testimony from Trump himself; it has long been seen as a fait accompli. While members of the panel have treaded cautiously around the question of whether to call the former president, it’s clear through court filings — and one landmark ruling by a federal judge — that their probe has revealed compelling evidence he broke the law in his efforts to prevent the peaceful transfer of power.

“We’ll be talking about the likelihood of a Trump interview in the not-too-distant future,” Jan. 6 panel chair Rep. Bennie Thompson (D-Miss.) told reporters Thursday, a day after Trump told the Washington Post that he would consider testifying depending on the substance of the panel’s request.

Thompson later told CNN that a request for Trump would likely be voluntary, not via subpoena. Only one former president, Harry Truman in 1953, has ever faced a congressional subpoena, and he very publicly refused to comply. DOJ has long cited the Truman example as a significant precedent in legal arguments that oppose subpoenaing presidents or their advisers.

The panel members view Trump as the singular cause of the violence that occurred on Jan. 6. But there’s little expectation that Trump will cooperate with the committee, which he’s derided for months. Whether the panel requests that Trump appear voluntarily or take a more confrontational approach is still unclear.

Among the crucial final decisions for the committee is whether to seek testimony from former Vice President Mike Pence, a discussion that would touch on Trump’s pressure campaign to convince Pence to single-handedly try to overturn the election.

Thompson recently suggested Pence’s testimony may be unnecessary. Several of his top advisers have spoken in great depth to the committee. His chief of staff, Marc Short, and top lawyer, Greg Jacob, offered the committee a granular account of Pence’s efforts ahead of Jan. 6 to fend off Trump’s effort.

But both Short and Jacob made clear that there’s one significant piece of evidence only Pence can provide: what he said to Trump during a late-morning phone call on Jan. 6, the last time the two men spoke before Pence arrived at the Capitol that day to preside over congressional certification of electoral votes.

Short and Jacob said Pence took the call in a separate room and never briefed them on it. In fact, Jacob told the select committee that it was Pence’s practice “never to divulge the contents” of his conversations with Trump.

During the Trump-Pence call, Trump was flanked by his children Ivanka, Don Jr. and Eric, as well as Kimberly Guilfoyle, attorney Eric Herschmann, chief of staff Mark Meadows and national security aide Keith Kellogg, according to a private schedule released by the select committee. In testimony to the panel, Kellogg roughly described Trump’s side of the call, a final effort to convince Pence to unilaterally block President Joe Biden’s electoral votes.

But there’s no public record of Pence’s side of the call, including how he responded to Trump’s last-ditch pressure. Short said Pence had made clear for weeks he had no authority to reverse the election results, but the direct — and last — Jan. 6 exchange between Trump and Pence remains hazy.

Will the Speaker speak?

Another key decision facing the select committee is whether to seek testimony from Speaker Nancy Pelosi or Senate GOP leader Mitch McConnell as part of an inquiry into Jan. 6 security decisions. Both leaders collectively oversee Capitol security via the House and Senate sergeants-at-arms but have a minimal role in the day-to-day operations of Capitol Police and other security officials.

Among the security officials, the committee has heard from in recent months are House Sergeant-at-arms William Walker, who led the D.C. National Guard on Jan. 6, 2021, and leaders of the Capitol Police. Despite the efforts the committee has made to probe the security breakdowns during the attack, Republican lawmakers have long claimed that the panel has ignored the issue.

House investigators’ decision on Pelosi is particularly consequential because she’s been the target of a months-long string of attacks by Republican lawmakers who have sought, without basis, to portray her as singularly responsible for the failures of Capitol security on Jan. 6. Trump has amplified particularly brazen attacks on Pelosi, who herself was targeted by many of the rioters who breached the building.

The speaker has sought to keep her distance publicly from the work of the committee but has indicated she’ll cooperate if asked. “Whom the committee hears from is up to the committee,” Pelosi spokesperson Drew Hammill said.

House Republicans have promised investigations into Pelosi’s role if they take the majority next year, so her testimony would amount to a preemptive rebuttal of those efforts.

What to do with Mo Brooks and the GOP holdouts

The panel hasn’t tipped its hand on how it will handle the three GOP lawmakers who refused to take part in voluntary interviews — GOP leader Kevin McCarthy and Reps. Scott Perry of Pennsylvania and Jim Jordan of Ohio — or whether it will fight to get testimony from other Republican lawmakers who worked with Trump ahead of Jan. 6.

Thompson has indicated subpoenas are an unlikely option since lawmakers have constitutional protections that would, at the very least, result in long-term legal battles. Officially, no decisions have been made.

The dynamic got more intriguing last month amid comments by Rep. Mo Brooks (R-Ala.), one of Trump’s earliest allies in the fight to overturn the election on Jan. 6. After Trump withdrew his endorsement from Brooks’ lagging Senate candidacy, the Alabama lawmaker publicly suggested that Trump continued efforts to “rescind” the 2020 election results after he left the White House. 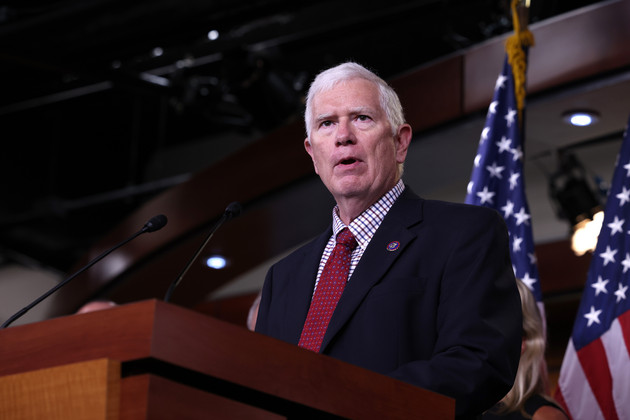 Trump told the Post that he never said what Brooks accused him of saying, creating a conflict that could be resolved by sworn testimony.

Asked about Trump’s comment, Brooks told POLITICO, “My memory differs from his.” On a little-noticed podcast last month, Brooks described resisting Trump’s push and offered up a soundbite that could feature in any findings against the former president.

“That is not something that Donald Trump likes to hear, that someone is in a disagreement and will not just take the marching orders and go forth, regardless whether it is permitted by law,” Brooks said.

Even when the select committee releases the bulk of its findings, the book is unlikely to close on the committee’s investigation. Other witnesses may opt to come forward, and the National Archives — which has been transmitting Trump White House documents to investigators — is likely to continue to produce new tranches for weeks or months.

Nearly two dozen lawsuits initiated by unwilling witnesses are still pending, and court wins for the panel could result in new bursts of documents, testimony and phone records.

That includes an ongoing effort to obtain thousands of emails sent by attorney John Eastman, who helped Trump craft the fringe legal strategy meant to push Pence to overturn the election. Similarly, the committee is engaged in a fast-track legal battle with the Republican National Committee for records related to GOP post-2020 election messaging that stoked misinformation about election integrity.

Thompson cracked open the door to releasing all of the panel’s documents at the end of its investigation, which could be crucial to a Justice Department investigation into the Jan. 6 organizers.

“It’s public documents, paid for at the taxpayers’ expense,” he told reporters.

Why the EPA Might Make New Gas Plants Catch Carbon

Where to Stream the Oscars 2022 Films