The cryptocurrency market is nearly completely red on April 6 after hawkish comments from multiple members of the Federal Reserve highlighted their opinion that aggressively raising interest rates and cutting bond purchases would need to happen in order to combat inflation. Members did concede that this would result in negative pressure being placed on financial markets and this seems to be exactly what happened on April 6.

Data from Cointelegraph Markets Pro and TradingView shows that the downward move for Ether (ETH) accelerated on April 6 and dropped the top altcoin to a low of $3,178 before the sell-off subsided and the price recovered to $3,200.

Here’s what several analysts are saying about this latest pullback for Ether and what levels of support to keep an eye on in case of a further move to the downside.

The outlook for Ether following a rejection of the monthly resistance at $3,400 was discussed by market analyst and pseudonymous Twitter user Rekt Capital, who posted the following chart noting that if this were to happen, “Ether could revisit $3,000” as indicated by the black line on the chart. 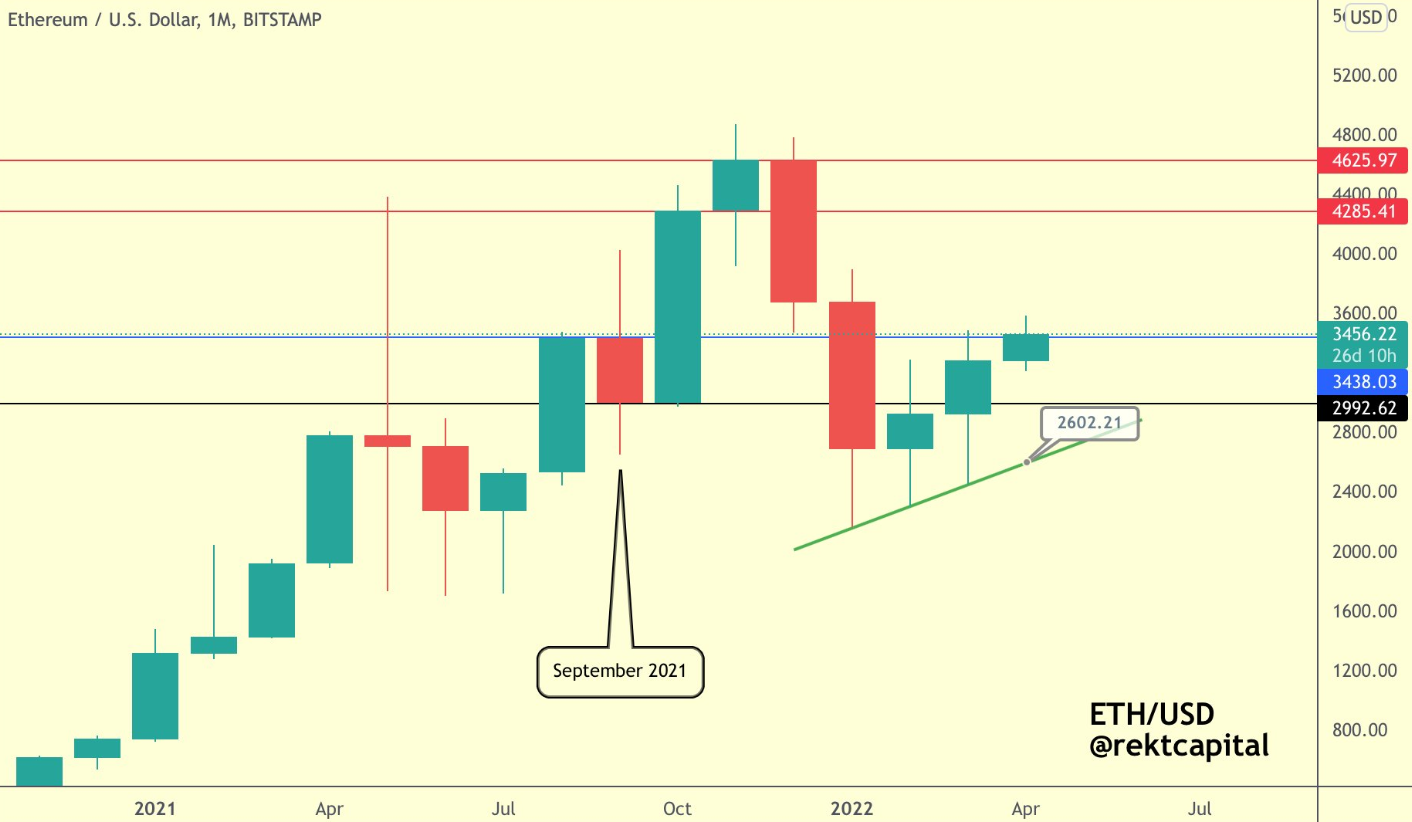 “But September 2021 has shown that when black gets retested on a dip — downside wicks occur. So if Ether does dip to black, it could wick into the green higher low.”

Based on the chart provided, this would result in a potential drop to $2,602.

A word of reassurance for concerned Ether holders was offered by crypto trader and pseudonymous Twitter user CryptoBatUSDT, who posted the following chart highlighting a retest of an important support level. 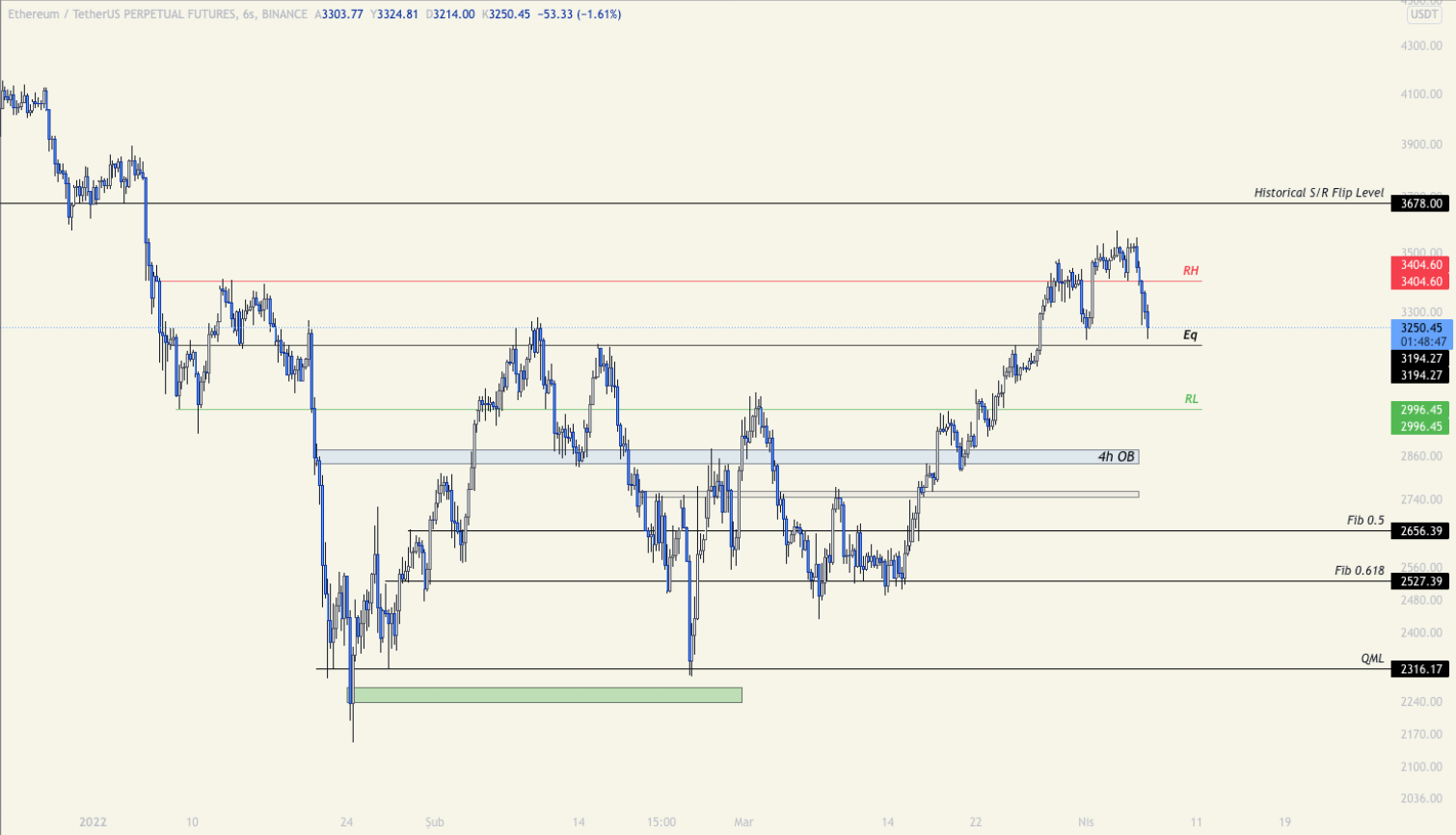 “The market structure is still bullish, currently in both the Range (Eq) and a Swing Low (HL) zone. Unless this level is lost, I will look to open a long position in these regions.”

Further insight into the support for Ethereum at this current price level was provided by crypto trader and pseudonymous Twitter user Don Yakka, who posted the following chart noting the importance of the 200-day moving average (MA) and exponential moving average (EMA). 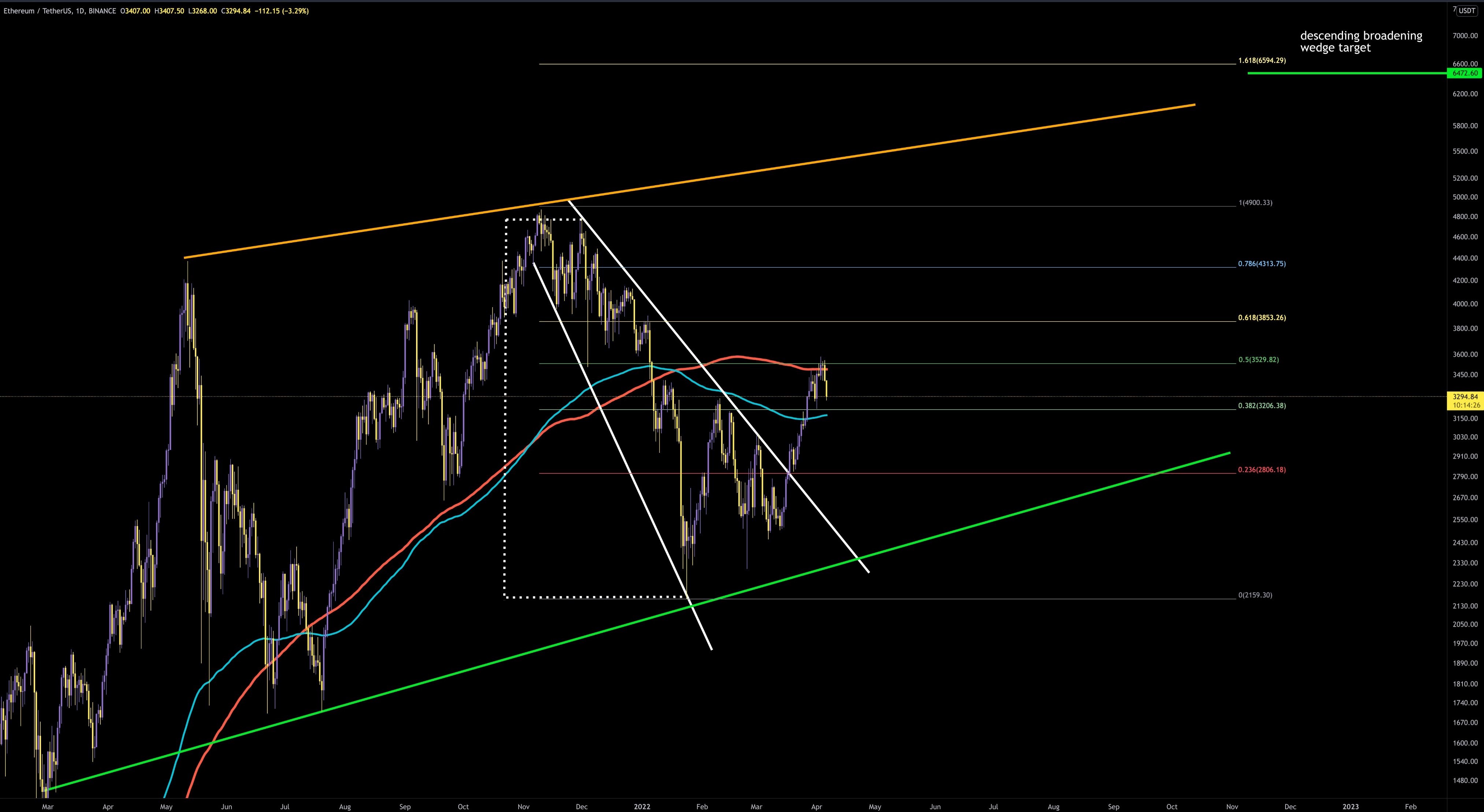 What If Trying for a Baby Isn’t Working?