“He’s picked me the last 2 All-Star games, I don’t know if that suffices, but I’m good right now”

Saints’ Marshon Lattimore deserves as much criticism as Trevon Diggs

Steph Curry seemed to shut down the idea of playing with LeBron James in the future on Wednesday on “Steiny & Guru.” James recently said he’d be interested in playing with Curry.

Steph Curry reacts to LeBron James wanting to play with him

“Well, [LeBron] got his wish. He’s picked me the last 2 All-Star Games. I don’t know if that suffices, but I’m good right now. I’m good right now.”Steph Curry on LeBron James saying he wants to play with him 👀(via @957thegame) https://t.co/6EubvdPJP8

James talked about who he would want to play with in the future in Tuesday’s HBO’s “The Shop: Uninterrupted.” James said his son, Bronny, was first on his list. Bronny recently finished his junior season for Sierra Canyon in Los Angeles. He is a four-star recruit and is assumed to be going to the NBA.

When asked which active players he wanted to play with, James answered:

“Steph Curry is the one I want to play with. … I love everything about that guy. When he get out his car, you better guard him right from the moment he pulls up to the arena.”

Curry and James have spent the last two All-Star games playing together.

With James picking the team, Curry has been a star for James’ squad. The pair have been seen having fun together on the court in both appearances. 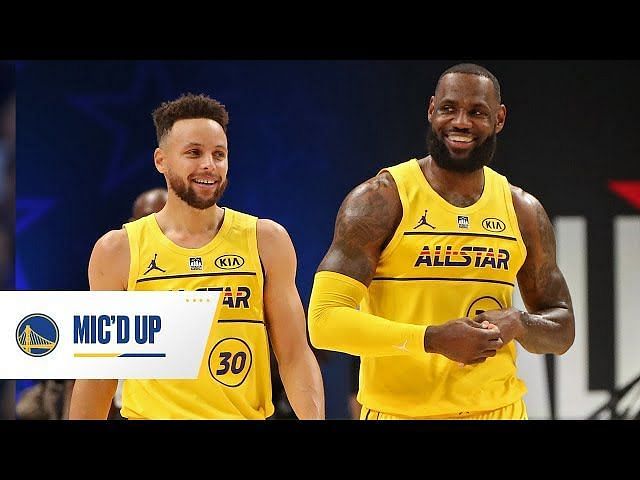 Curry is averaging 25.5 points, 5.2 rebounds and 6.3 assists per game this season. James averages 30.3 ppg, 8.2 rpg and 6.2 apg. The two playing on the same team for an entire season is a scary notion with their scoring stats placed side-by-side. If James were to go to the Warriors, the notion would be even scarier for the entire league.

In any case, Curry’s denial of James is to be noted. The player seems happy with his current situation with Golden State and is not interested in moving or messing with the chemistry. Such devotion to a squad is admirable in a league that is becoming increasingly disloyal as super teams continue to grow.

James’ comment was not even entertained by Curry. Perhaps, even with all the fun they seem to have had in the past, the stark comments will cause a rift. Both are mature people and players, so one would assume the comments are not going to bear much weight.

Because of the Lakers’ troubles, James’ comments on wanting to play with Curry have stirred up trouble in Los Angeles. Fans are speculating on whether or not James is going to stay loyal to the city. He is known for four-year stints. So even though he has said he wants to retire in Los Angeles, anything can happen.