It’s a great time to move Bitcoin (BTC) between wallets and exchanges. Bitcoin transaction fees have hit all-time lows in BTC, according to research by Galaxy Digital.

#bitcoin fees are at all-time lows. the craziest thing? fall 2021 was the first bull run not accompanied by a major spike in fees.

how is that possible? what does it mean? here’s a thread explaining the most confounding (and awesome) chart in bitcoin. (remember june 2021) pic.twitter.com/gnWssTckX2

Graph to show the fees trending down since 2013. Source: Galaxy Digital

According to Alex Thorn, head of firmwide research at Galaxy Digital, a combination of growing Segwit adoption, batching transactions, growth in the Lightning Network, a collapse in miners selling and the “reduced OP_Return usage” have caused the drop in fees not seen for over a decade.

Lead on-chain analyst at Glassnode, James Check, agreed with Thorn, explaining to Cointelegraph that “batching and Segwit are certainly part of the mix,” because the combination will increase the number of transactions that fit in a block, and thus increase throughput and decrease fee pressure.

He shared the following graph to show that Segwit adoption “increased significantly at the May-July lows.” 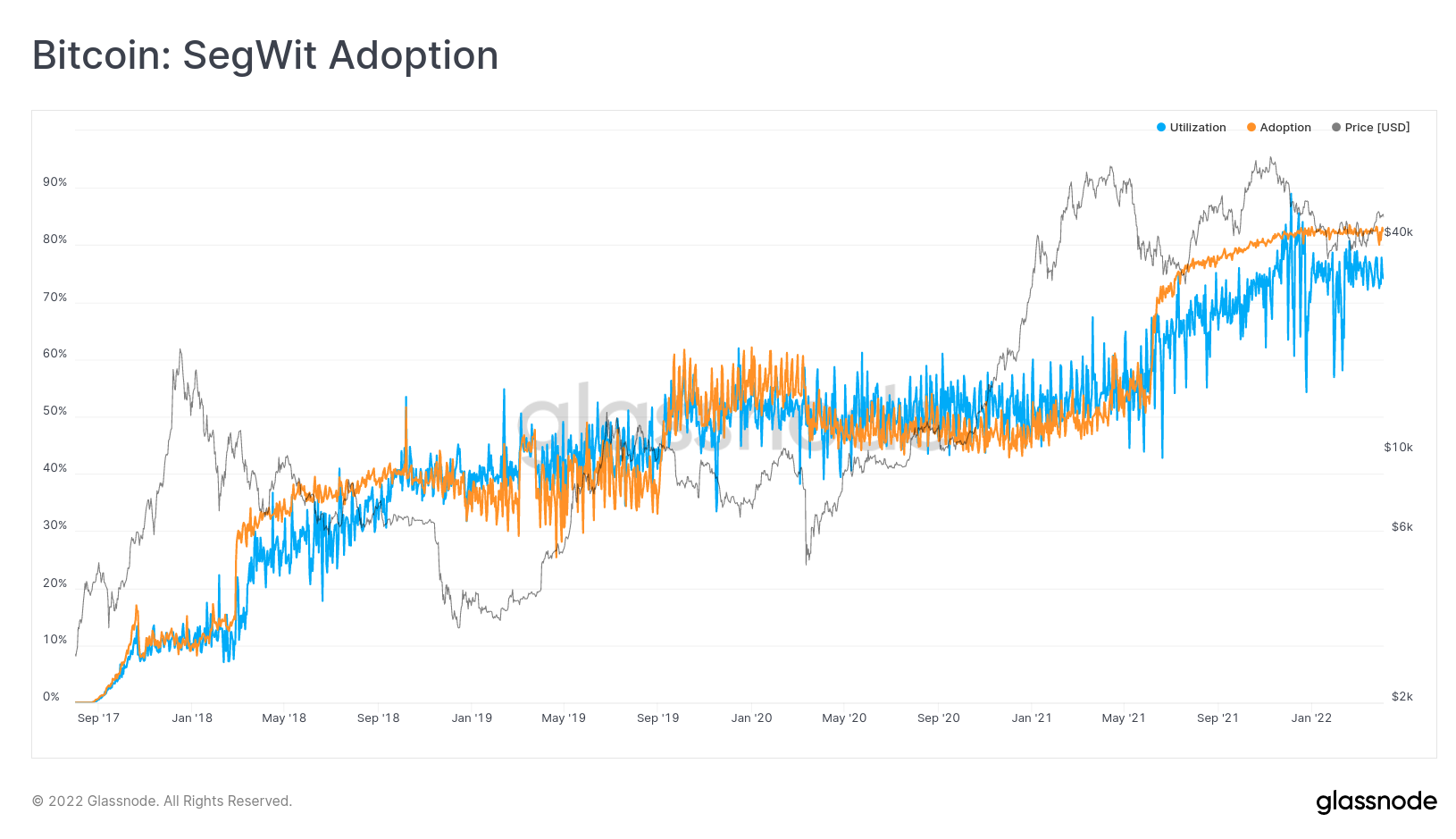 Nonetheless, Check continues, “This is not the whole story…”:

“The number one reason I believe fees are low is we had a 50% collapse in price in May, which absolutely decimated retail interest.”

He suggests that “all three [fees, active addresses and transaction counts] collapsed after the May sell-off.” 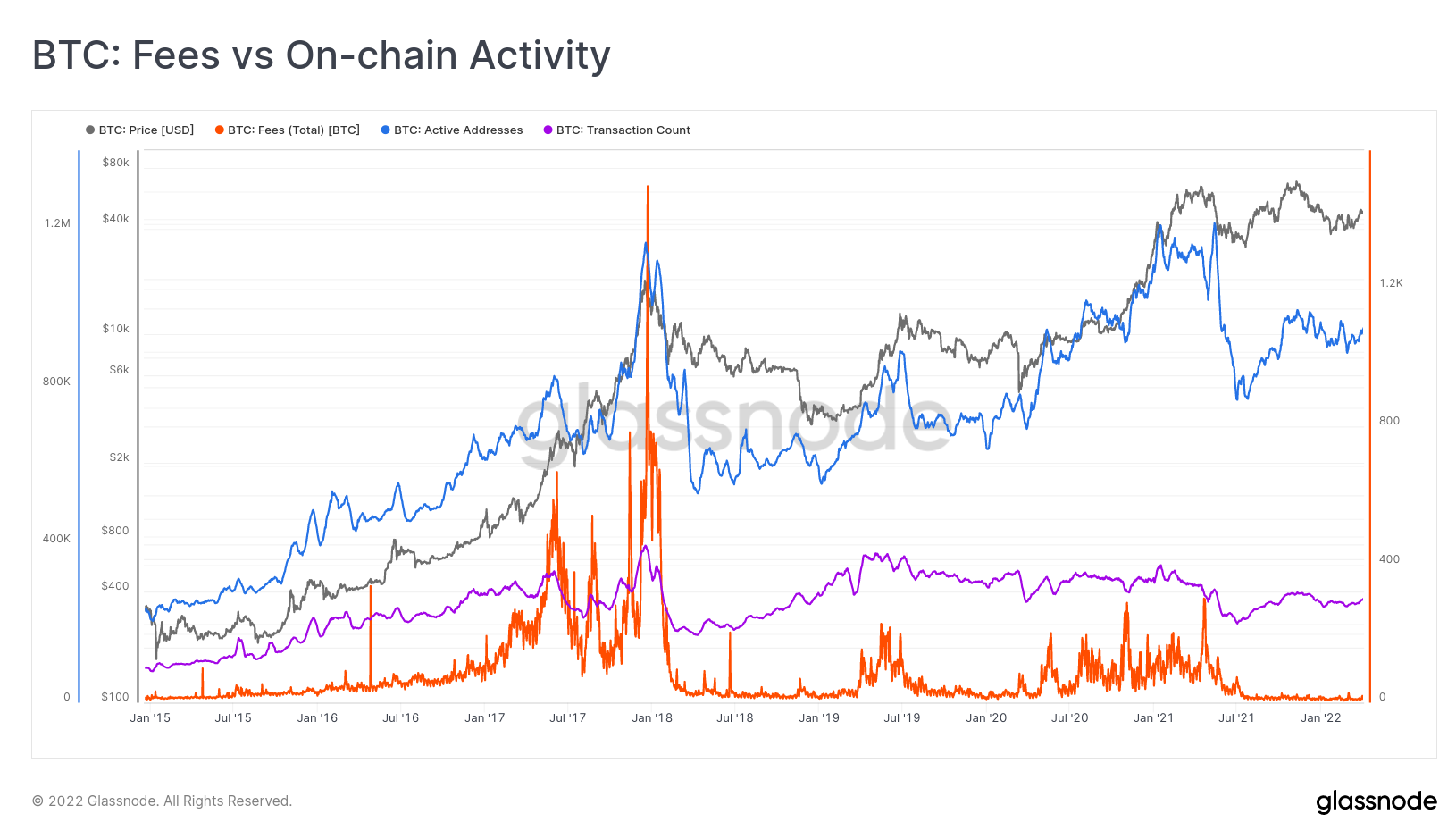 “This, in my view, was the likely commencing of a bear market and even with the price run-up, we saw a great many people financially burned, and thus out of the market.”

Eric Yakes, the author of The 7th Property: Bitcoin and the Monetary Revolution, told Cointelegraph, “We’re witnessing a structural change in the market dynamics and historical correlations maintain little value.”

Regarding the future of the network, the “$70M raised by Lighting Labs to build a stablecoin and asset protocol,” is a key development for the Bitcoin protocol. He added that “it’s important for transaction fees to trend lower as they are the primary limitation to scaling a network in a decentralized manner.”

Ultimately, while transaction fees are a boon for wallet admin and opening Lightning channels, it could be a sign that retail interest has dried up. For Check, “look no further than ye olde Google trends to see just how popular the orange coin is right now,” suggesting that “there is near zero inflow of new users.”

Google trends search interest for Bitcoin has trended lower since the April/May peak.

Yakes has the last word regarding the emergence of Bitcoin:

“Bitcoin needs the Lightning Network to continue its pace of growth and a thriving network of smart contract development to emerge.”