For 16 years, 85 Tenth Ave. was all about glamour. There were purse stools ready to hold designer handbags aloft, a gleaming Steinway piano and servers in pristine suits serving pricey tasting menus to starry guests like Beyoncé and Jay-Z. Now, there’s pizza cooked in a huge oven that resembles a disco ball and a bartender with a man-bun shaking up espresso martinis.

Once the crown jewel of Mario Batali’s empire, Del Posto permanently shuttered a year ago. The fine dining spot’s former executive chef and partner, Melissa Rodriguez, has dramatically reimagined the space with a trio of new casual restaurants, including the just-opened pizza joint Mel’s.

Rodriguez and business partners Jeff Katz and James Kent seem to clearly want to make a break from the past and associations with Batali. Katz went so far as to post a video on Instagram in the spring of 2021 that showed a lit bundle of sage — said to cleanse negative energy from a space — and various fine dining trappings, like white tablecloths and silver domes, being packed up at the old Del Posto.

“Burn that f–king sage and tear the roof off that mother,” a commenter on the post said.

It’s been nearly five years since Mario Batali was brought down by accusations of sexual assault and harassment from more than a dozen women.Michael Loccisano

“This is a new era,” said Youjin Jung, the executive chef at Babbo. “The restaurant had been under big shadows. Let’s call it ‘orange shadow with a ponytail.’”

It’s been nearly five years since Mario Batali was brought down by accusations of sexual assault and harassment from more than a dozen women. In the wake of the allegations — and what many in the food world saw as the revelation of a longstanding open secret about Batali’s behavior — the celebrity chef was swiftly fired from the ABC gab fest “The Chew.” In 2019, Batali was fully divested from both Eataly and all of his former restaurants, an eatery empire with partner Joe Bastianich that included many of the city’s most iconic and beloved spots, such as Babbo, Lupa and Casa Mono. Now, as the city and its restaurants come back to life post-Covid, the impact of Batali and his cancellation is still being reckoned with. A new generation of star chefs, such as Rodriguez, Lilia’s Missy Robbins, and Carbone’s Mario Carbone and Rich Torrisi are on the rise, serving perfect plates of pasta to celebrities like Dua Lipa, Pete Davidson and Kim Kardashian. But some still hunger for the old days of Mario stomping around Babbo in his trademark orange, blasting rock tunes without care.

There, and at other former Batali spots that remain open such as Casa Mono and Eataly, the reservation books are nearly as full as they once were. The shadow is gone, but the legend remains.

On a recent night at Lupa in the West Village, a customer at the bar asked “Is this Mario Batali’s restaurant?” only to be shut down bluntly with a “no” by a bartender. It’s a Bastianich establishment now, and some employees say that they miss the creativity and food-focus that Batali, despite his faults, brought to the place.

“[Bastianich is] all business when he comes here. He doesn’t really say much. Some people take it personally. He’s kind of cold,” said one employee. 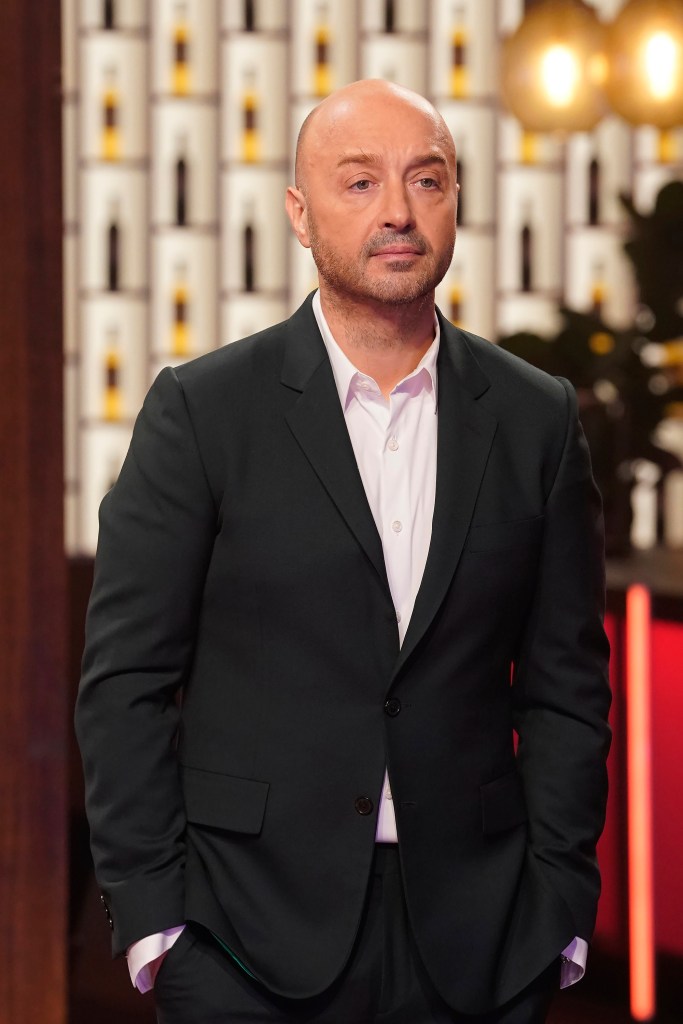 And, while busy, Lupa certainly isn’t as hot as it once was. Across the street, the notoriously hard-to-get-into Carbone sends customers it can’t accommodate there as a consolation prize.

At Casa Mono near Union Square, things are also going fairly well, despite a rough few months right after the Batali allegations came out. 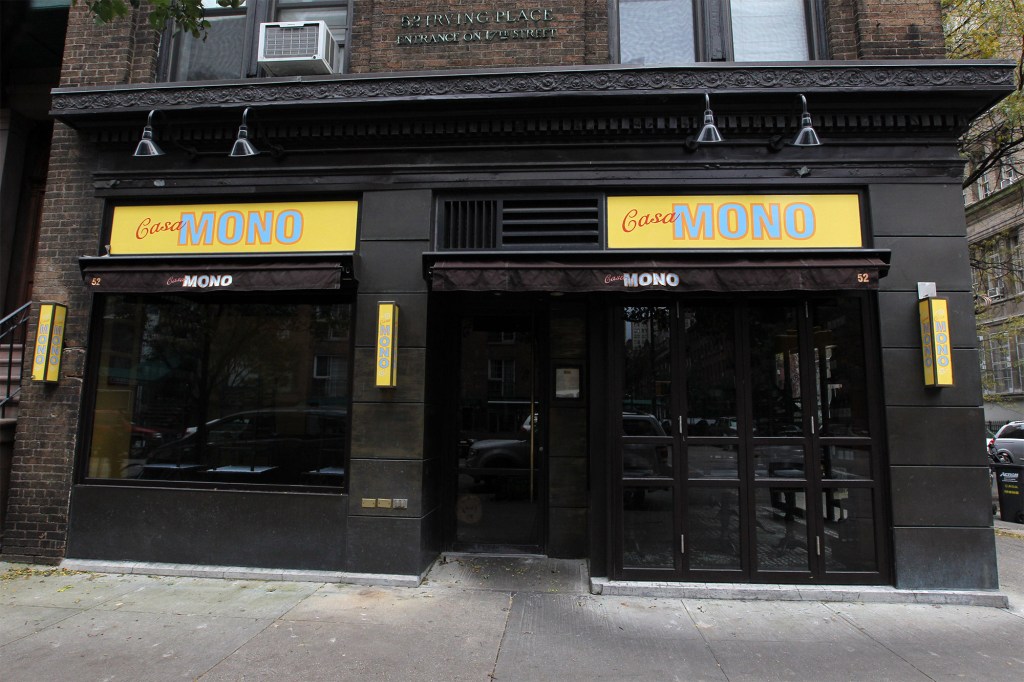 “We retained the Michelin star through all of it. The quality stayed the same. The name brings good talent to the door, but it’s really the team – that drives it,” a former Casa Mono employee told The Post. They went on to note that the Spanish restaurant, which is co-owned by chef Andy Nusser, had always been a bit separate from Batali’s Italian joints downtown, and as such was more insulated from all the allegations against him. “Everyone knew that Casa Mono would be protected.” But, Nusser and former Casa Mono chef Anthony Sasso did have to shelf their fully completed, never published cookbook in the wake of the scandal.

Other insiders said that the main talent in the Batali empire was always the lesser known chefs on the line.

“Mario hadn’t cooked in years. He was the guy that went on ‘The Chew’ and Bastianich was the one who handled the operations,” James Mallios, a New York City-based restaurateur and owner of Juniper restaurant in Long Island who has hired many former Batali employees, said.

But, at the intimate Italian Babbo, Batali’s absence has been more deeply felt.

“It used to be packed. You wouldn’t see an empty seat at the bar without somebody waiting for someone to sit down. You used to see Kate Hudson – a lot of celebrities,” Vicki Hersh, 42, a Wall Street broker who has been a patron of Babbo religiously for 15 years, often wining and dining clients there. “It was the hardest restaurant to get in for a long, long time,” she said. Now, it’s merely busy.

Babbo employees, like those at Lupa, also complained about a more uptight vibe under Bastianich, who declined to be interviewed for this article.

“Joe is a business guy. He would work more closely with the corporate team,” the employee said. Without Batali, there’s not a boss who cares about cuisine in the same way. The employee contradicted reports that Mario wasn’t in the kitchen all that much. 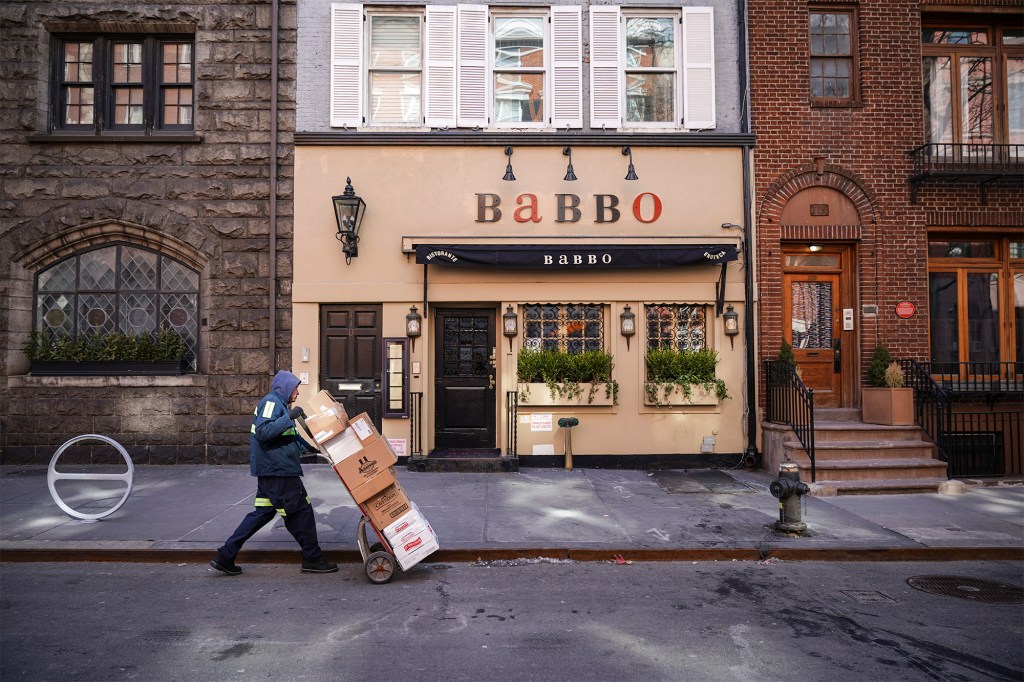 “Mario spent way more time in his restaurants than people understood … He was one of the last genuine food stars as far as I’m concerned. You look at Jamie Oliver and Rachel Ray – Mario just so happened to have a great personality and an amazing acumen for Italian food. He made incredible food. That’s what propelled him into celebrity status, not the other way around.”

Many noted that Batali’s spots were a training ground for an entire generation of NYC chefs.

“I know so many talented people who came out of that group – and some of my best friends – and my wife,” said chef Wade Moises, who worked at Babbo and headed Lupa in 2001 and moved on to Eataly from 2011 to 2012, said. He is now the co-owner of LA Vita Italian Specialties, a sandwich and pasta shop in New Jersey.

But, he said, there’s also concern about forever being associated with Mario.

“When I went to open a restaurant in Arizona, all people wanted to focus on was the fact that I worked for Mario. I didn’t realize that was going to be the story. And you’re kind of like, is that going to be my whole reputation?” Moises said.

Not all of the Batali restaurants survived the allegations and went on to thrive without him. Once-popular pizza spot Otto shuttered, as did Midtown seafood emporium Esca and La Sirena at the Maritime Hotel. Batali himself has gone dark, and did not respond to request to speak for this article

In 2019, a tipster noticed an update to Batali’s personal Web site, MarioBatali.com that featured a new image of the chef in a vest, sans signature fleece, standing in a kitchen and the cliffhanger “Coming Soon,” scrolled across. When the Web site Eater contacted a rep for Batali, they called it a mistake and the words were removed from the site. This followed a 2018 comment Batali made to New York magazine in which he said “I’m not going to live my life in public anymore.” (After the initial allegations, Batali issued an apology in his email newsletter saying “My behavior was wrong and there are no excuses. I take full responsibility.”)

The most obvious place to see him now is in court. Batali still faces indecent-assault raps from a 2017 incident in Boston for allegedly groping and kissing a woman at a restaurant. He pleaded not guilty and the ongoing case for the trial will take place April 11 in Boston. 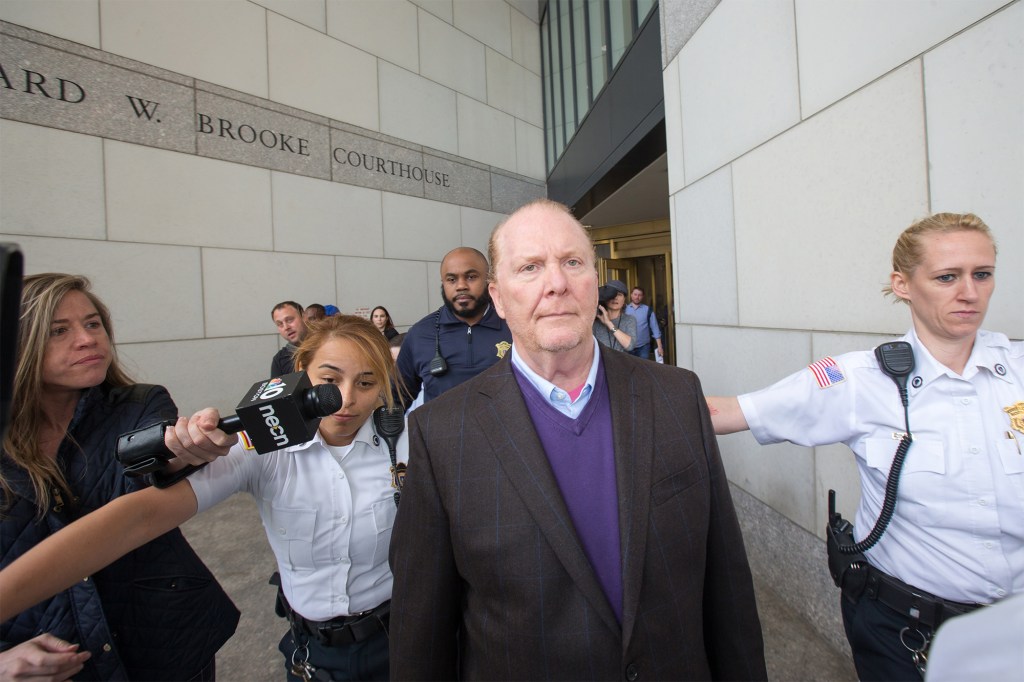 Mario Batali, above, will appear in court in Boston this April. William Farrington

The NYPD, meanwhile, closed its investigation of the sexual assault allegations made against Batali in 2019 without pressing any charges. In 2021, Batali and Bastianich agreed to pay $600,000 to be split among at least 20 workers who claimed they suffered workplace harassment or discrimination, as part of a settlement, as The Post previously reported.

Insiders say it’s doubtful he could open another place, even if wanted to.

“Usually in instances like these you pull out of the spotlight, you do some rehabilitation and try to reenter society. He’s done the ghosting part of it, but are people going to put down money [to back any of his potential new projects]? I can’t think of anyone that would. What would be the upside to people partnering? But then again, his places are still busy,” Mallios said.

“I think that Del Posto was one of the best Italian restaurants, and I miss it. We miss those restaurants. I miss everything. The ambiance, the service, the brilliant food. I had one of the best meals there,” Stephen Starr, the famed restaurateur behind behind Le Coucou, Pastis and Buddakan. “The real question is, who is the next big Italian star chef? There’s no one who appears to be filling those shoes.”

Predicting the outcome of each NFL Week 1 game