Seann William Scott said his role in the new Fox sitcom “Welcome to Flatch” reminds him of some of his favorite shows.

“The only other experience I had doing a half- hour TV show was when I [guest-starred on] an episode of ‘It’s Always Sunny,’” Scott, 45, told The Post. “I thought when these shows really work, it looks like it would be a lot of fun to do. And two of my favorite sitcoms are ‘Parks and Recreation’ and ‘The Office.’ I just really love that kind of fake documentary format.

“So, when I heard about ‘Welcome to Flatch’ being that kind of vibe, it was exciting.”

Premiering Thursday (March 17) at 9:30 p.m., “Welcome to Flatch,” is based on the British series “This Country” and revolves around a documentary crew following the mundane daily lives of people in the fictional town of Flatch, Ohio (population 1,526).

Seann William Scott as Father Joe, a small town reverend with a musical past.

Among the town’s citizens are “Father Joe” (Scott), a reverend who has recently relocated from the big city; ne’er-do-well prankster cousins Kelly (Chelsea Holmes) and Shrub (Sam Straley); Cheryl (Aya Cash), who moved to Flatch with Father Joe before he dumped her and stuck around to run the local newspaper; Kelly’s overachieving nemesis Nadine (Taylor Ortega); and oddball Big Mandy (Krystal Smith).

It’s a rare small-screen role for Scott, who is best known for movies such as “American Pie” and the “Ice Age” franchise – although, he said “American Pie” remains the project that fans approach him about the most frequently.

“I still can’t believe I’m a working actor. When I got that movie, I was just so excited for the opportunity, I tried to make the most of it. I feel blessed and lucky that people still remember that character. It blows me away.” 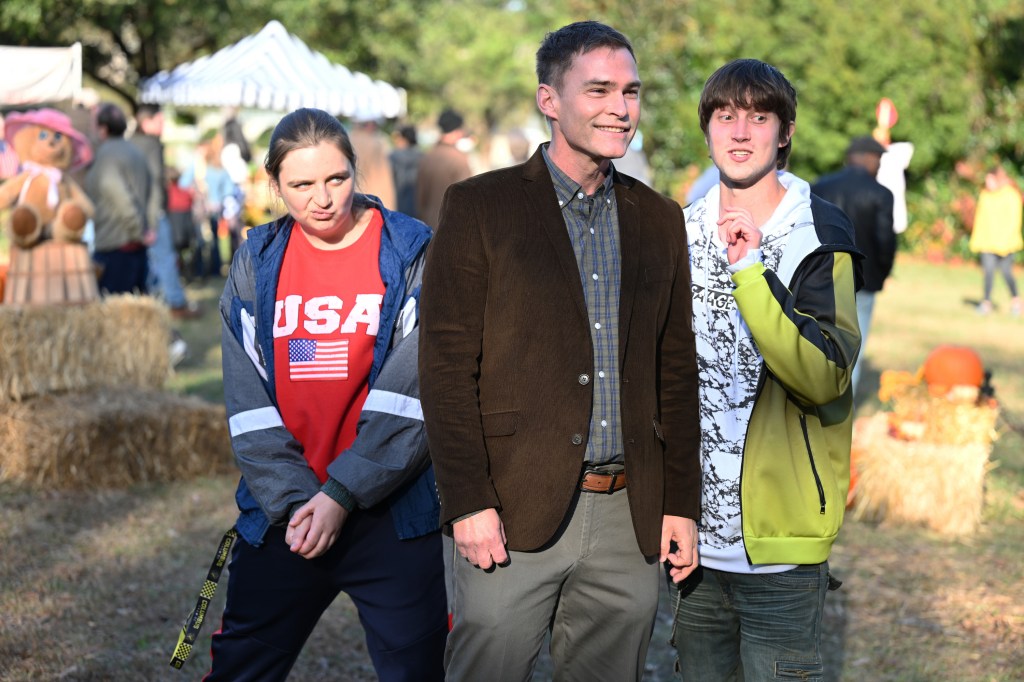 He’s also appeared on the action series “Lethal Weapon,” and, as he mentioned, “It’s Always Sunny in Philadelphia” in 2013.

“I don’t really have a preference [between TV and movies]. I think it just depends on the project,” he said. “One of the things with ‘Welcome to Flatch’ was that I wasn’t really looking to play a lead character – I wasn’t looking to be on set 16 hours a day. I wanted to spend more time with my family. And when I heard [Father Joe] was a former lead singer of a spiritual boy band, I was like, ‘I’m in. Oh, that’s the guy.’ Once he decided to go solo and that fell apart, and his whole life fell apart, and he’s never really gotten past his old glory days…that’s a character that could be fun to play.” 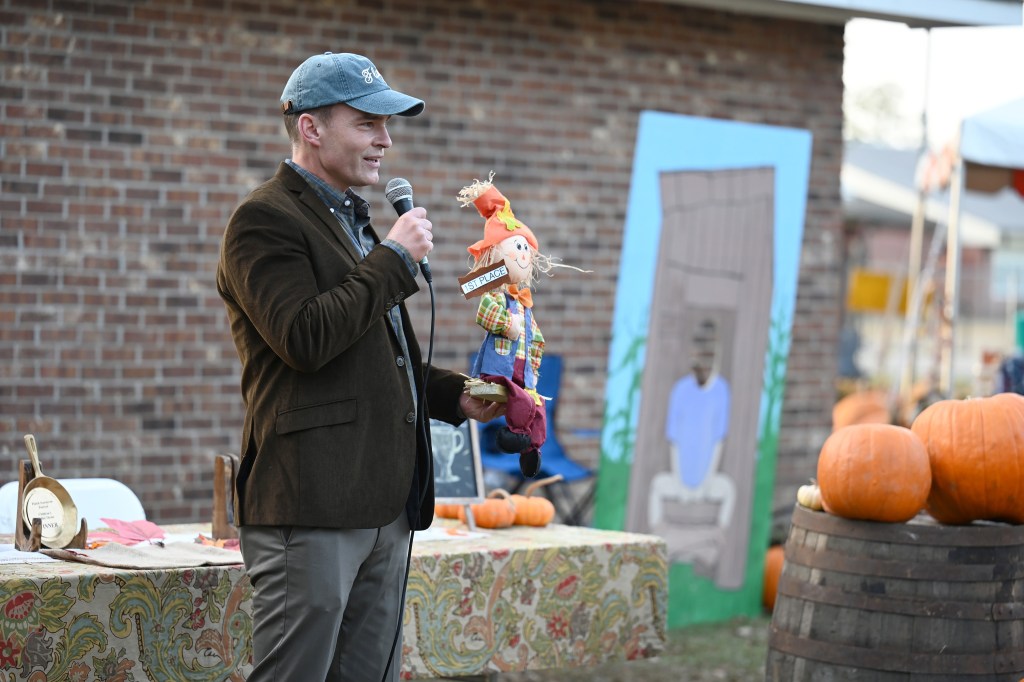 It also helped that Scott has a similar background to the characters on the show, since he grew up in a small Midwestern town of Cottage Grove, Minn.

“It was a bit bigger than our fictional town of Flatch, Ohio, but I could definitely relate to the closeness in community and everybody knowing each other, and having a bunch of eccentric personalities,” he said. “And good people who are doing the best they can and supporting each other and trying to get by.”

To prepare to play a spiritual leader, however, Scott did not dive into scripture.

“When I met with [showrunner Jenny Bicks and exec producer Paul Feig], I was in pretty good shape. And they were like ‘We don’t really think Father Joe should be a guy who’s exercising every day,’” he said. “And I was like, ‘Okay, I’m a method actor,’ which I’m not. ‘I’m going to gain a little weight for Father Joe.’ So, I did, and when I showed up on set, it’s not like they were shocked, it’s not like I was Marlon Brando showing up on ‘Apocalypse Now,’ but I definitely was a little husky. That’s the main prep I did for the character, that’s the kind of actor I am – ‘I’m going to eat some pizza, let’s shoot!’”