The Nets’ newest All-Star isn’t cleared to practice, much less play, but he’s going to join his teammates on the bench in Philadelphia on Thursday, making his return to what promises to be an epically venomous Wells Fargo Center.

“I don’t think he’s naive to think he’s not going to get some boos. I hope he enjoys it; it’s a part of the game,” said Nets coach Steve Nash, noting it’ll be good for Simmons to face the Philly crowd. “Yeah it’s great. He’s on our team, he needs to be with his teammates and get the whole Philly thing out of the way a little bit. I mean, it’s not going away, but the first time is always tough to deal with.”

Nash is right about one thing; it’s not going away. It may never go away.

Boston fans still booed Kyrie Irving on Sunday despite the fact he’s been gone since 2019, and the All-Star guard – who had a beer thrown at his head by a Celtics fan in last year’s playoff matchup – said he fully expects to get jeered at TD Garden for the rest of his career.

What Simmons faces in Philadelphia could be far worse.

Whether he gets booed at Wells Fargo might be the only thing in sports one can’t bet on, because nobody would ever bet against it. Death, taxes and Philadelphia hate.

For his part, Nash said Simmons – who still isn’t cleared to even practice yet – would be best getting it over with, akin to ripping off a Band-Aid.

“I guess. We can make any number of analogies, I think it’s just something that your first time back in any city after a trade is always a little awkward and obviously there’s some history there so it is what it is,” said Nash. “He’ll be fine. He’s a big boy, he’ll be fine and he’s excited to join our team. He wants to be there on the bench with his teammates.”

Simmons played poorly and timidly in last year’s 76ers playoff ouster. And after he sulked and got thrown out of practice by Doc Rivers, the fanbase got so incensed the team had to install a security fence at the player’s entrance to the court for fear fans might throw objects.

And Simmons was still on the team. 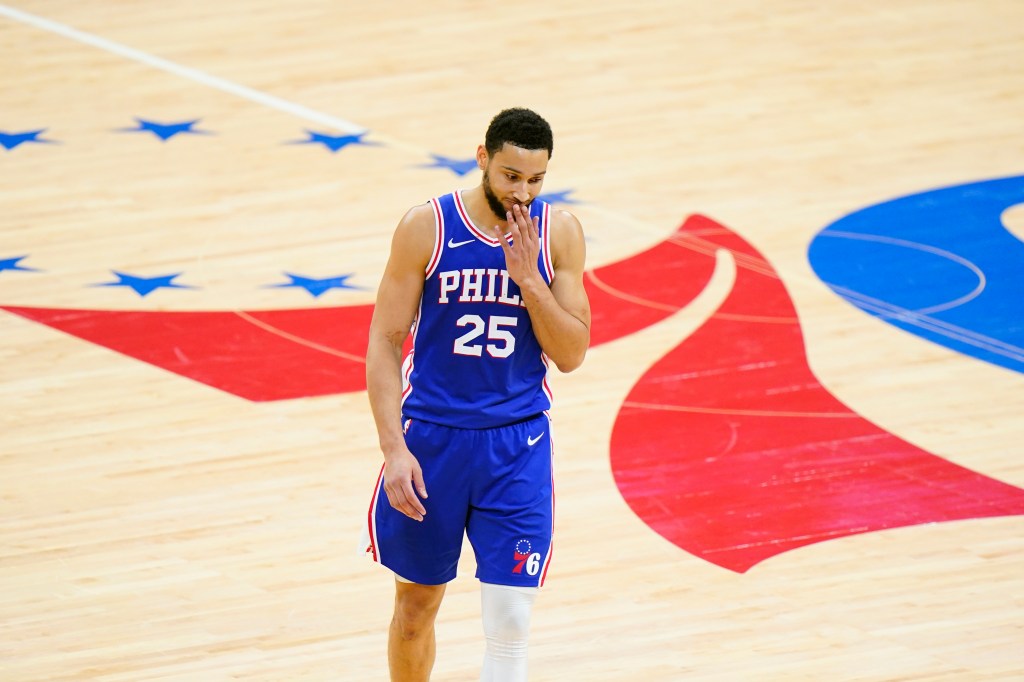 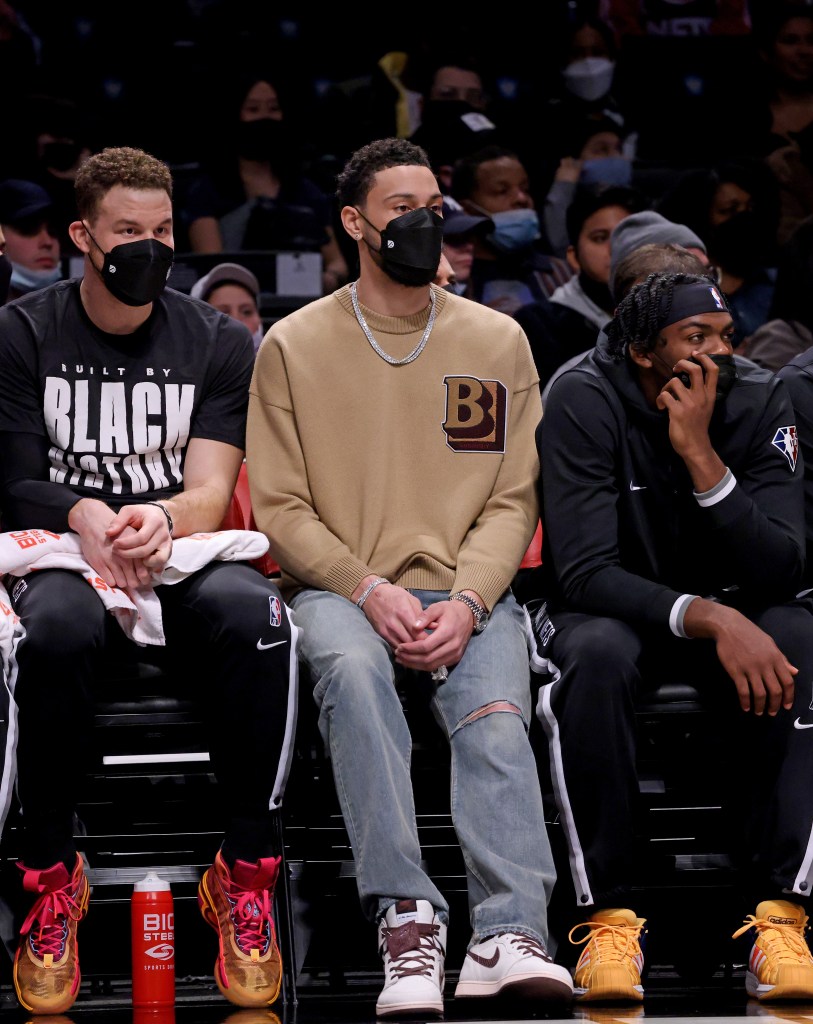 Ben Simmons on the bench at the Barclays CenterCharles Wenzelberg

After sitting out, citing mental health issues, Simmons (along with Andre Drummond, Seth Curry and two first-round picks) got traded for James Harden and Paul Millsap. But the fans want a piece of Simmons, not the others.

“I mean, it’s probably not going to be pleasant, the same as (it was for me) in Toronto,” said Goran Dragic. “But it is what it is. We are professional athletes. You know, in the end of the day, it’s only boos. So you just go out there and perform and try to do your best. But as long as it’s nothing serious, no throwing things and this or that and just be verbal, no one cares.”

Nets GM Sean Marks had said he expects Simmons to start team workouts at the end of this week. The Nets have off Friday and practice Saturday, with Nash non-commital about the 25-year-old’s timeline.

“It’s to be determined. I think he’s progressing this week, but I don’t know what that means as far as Saturday,” said Nash. “He’ll see us in Philly and I don’t think he’ s ready for five-on-five basketball. He’s improving, working out and joins us in Philly and have a few days of rehab.”

Millions of Palm-Sized, Flying Spiders Could Invade the East Coast