As the Biden administration monitors Moscow’s reaction to the dramatic US and allied increases in assistance to Ukraine as well as the punishing Western economic and financial sanctions on Russia, it should turn its focus to a relatively small corner of northeastern Europe that is familiar to military strategists but often overlooked by most policymakers and the general public.

The Suwalki corridor (also known as the Suwalki Gap) separates the Russian exclave of Kaliningrad on the Baltic Sea from Belarus, now host to thousands of Russian troops and soon home to permanently stationed Russian forces, including advanced fighter jets and nuclear weapons. It is also the only way to get by road or rail from Poland and Central Europe to the Baltic states—arguably NATO’s most exposed members.

A Russian move to seize control of the corridor may seem far-fetched, as it would explicitly involve an attack on NATO territory, triggering a US military response. Nonetheless, if Moscow’s reinvasion of Ukraine has any central lesson to offer at this point, it’s that US and allied officials must prepare now for worst-case scenarios by focusing on actual Russian military capabilities in the region, rather than the Kremlin’s announced intent, considered estimates of Russia’s strategic logic, or intelligence assessments of Russian President Vladimir Putin’s outlook.

Get the latest updates in the Russia-Ukraine conflict with The Post’s live coverage.

Forty miles wide as the crow flies, the Suwalki corridor isn’t much of a corridor, at least in terms of natural boundaries such as rivers, coastlines, or mountains. Driving through the area last October while on a research trip to NATO units, I found it a wide-open rural region, predominantly characterized by rolling farmland interspersed with forests and small villages. Much of it is ideal terrain for tracked vehicles like tanks, given the very limited roadways and the gentle hills.

Two highways—one with two lanes each way, the other with just a single lane each way—plus a rail line, are all the ground-based transportation infrastructure that connect Poland with the Baltic states. Since Russia’s first invasion of Ukraine, in 2014, Western government officials, military leaders, and think tank experts have paid extra attention to this relatively narrow passageway between allies, primarily because of the chokepoint it represents should Russia seek to cut off the Baltics.

These concerns have only amplified in the last week, as Western officials weigh whether assistance to Ukraine might paint the West as co-combatants in the eyes of international law, providing Putin with a justification for lashing out. It’s also possible Moscow might respond militarily to the debilitating sanctions imposed by the West in the last week, in an echo of imperial Japan’s 1941 attack on Pearl Harbor following the imposition of a US oil export embargo. Or as US and other allied forces stream into the Baltic Sea and NATO’s eastern flank, the Kremlin may perceive an increased threat to Kaliningrad and seize the Suwalki corridor to create a land bridge to the exclave.

The Suwalki corridor separates the Russian exclave of Kaliningrad on the Baltic Sea from Belarus — now host to thousands of Russian troops.foreignpolicy.com

Kaliningrad—formerly Königsberg—has been Russian territory since the end of World War II, and it’s now home to substantial Russian combat forces, including the Russian Baltic Fleet, advanced air defenses, and mobile nuclear-capable Iskander-M missiles. Given this, Russia is particularly sensitive to any perceived threats to its control of the noncontiguous territory and might risk escalation if it misinterpreted NATO’s actions near Kaliningrad.

Obviously, seizing the Suwalki corridor would entail attacking Lithuania or Poland or both, leading directly to a war between NATO and Russia. This seems illogical or at best strategically unwise for Putin. However, the West’s ability to know and understand Putin’s logic and the rationale behind his decision-making has been obviously constrained by a lack of imagination, quality intelligence, or both.

For instance, some thought it was illogical for Putin to order the full-scale invasion of Ukraine if his objective was simply to keep it out of NATO. The simmering Donbass conflict had effectively achieved this since 2014, since one of the informal requirements for alliance membership is a lack of territorial disputes with neighbors. 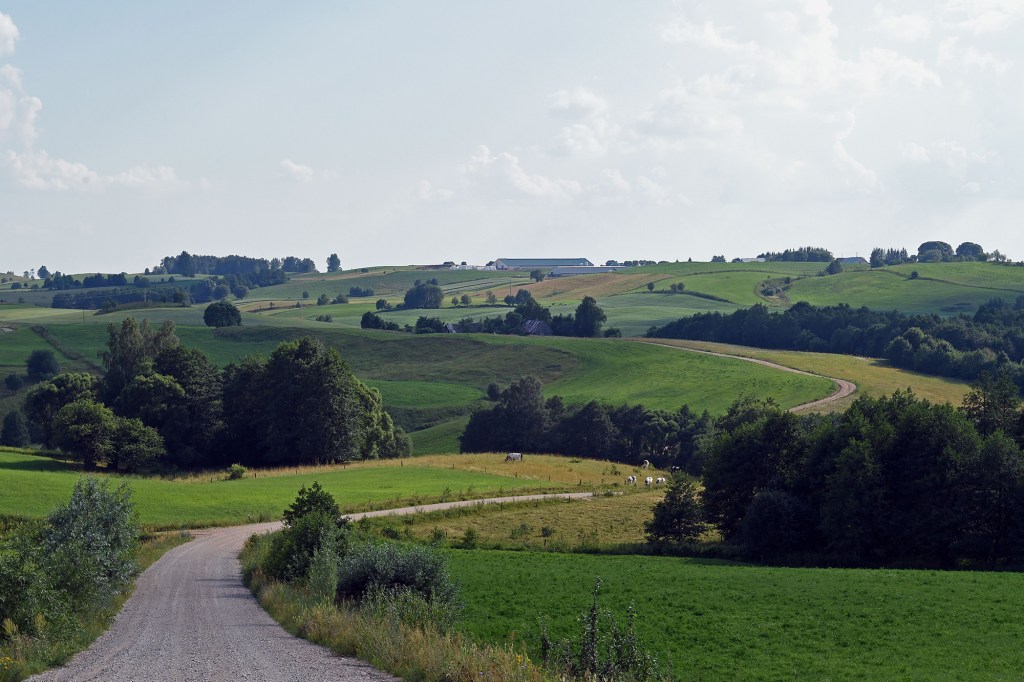 The Polish side of the so-called “Suwalki Gap,” is an 80-kilometer stretch of the Polish-Lithuanian border sandwiched between Kaliningrad and Belarus.JANEK SKARZYNSKI/AFP via Getty Images

Additionally, no authorities in Washington or Brussels were seriously pushing for Ukrainian membership in the alliance, and Russia’s diplomats and its intelligence services surely knew this. Moreover, Putin’s recent rhetoric of grievance against the West is nothing new—these are themes he has espoused for years. So, why invade now? The answer isn’t clear, aside from the conclusion that this war is about something more than just keeping Ukraine out of NATO.

For this reason, trying to discern Putin’s intent going forward is a fool’s errand. The West cannot assume it understands how Putin might react to the cratering of the Russian economy, whether his recent rants on pushing NATO out of Central and Eastern Europe amount to policy directives, or how he might exploit his new, practically colonial relationship with Belarus, which is now hosting tens of thousands of Russian troops.

By the same token, the West therefore cannot assume that Russia won’t make a move against the Suwalki corridor just because it appears illogical. In fact, during last year’s Zapad military exercise, Russian and Belarusian troops reportedly practiced closing the Suwalki corridor by attacking from Belarus in the direction of Kaliningrad. 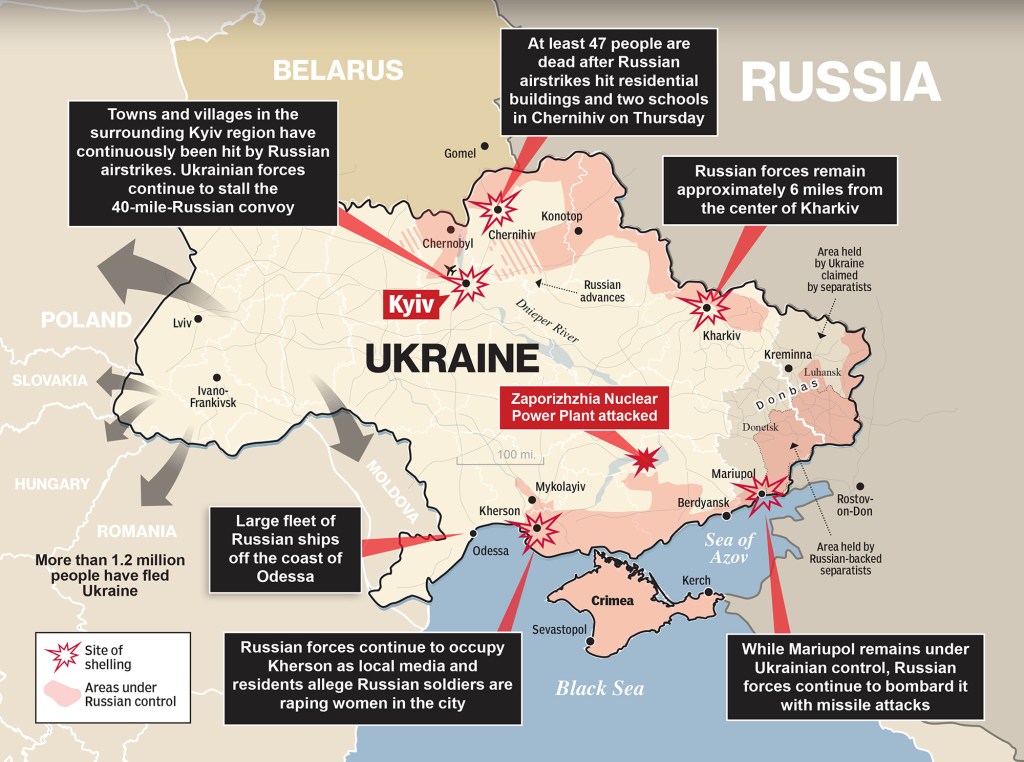 Instead of trying to discern Putin’s intent or rationale, the United States and its allies must focus on the capabilities the Kremlin has amassed in and around Ukraine and Belarus. On the eve of the latest invasion, Russia had deployed 30,000 troops into Belarus, including elite Spetsnaz units, as well as an array of equipment like Su-25 ground attack aircraft, attack and assault helicopters, an S-400 air defense unit, and drones—most of these forces have moved into Ukraine in the last week or continue to support operations there from Belarus.

Elsewhere, from Ukraine’s northeast, east, and south, another roughly 120,000 Russian troops are entering Ukraine along with an array of armored vehicles, rockets, artillery, and more. In sum, these capabilities represent the most significant aggregation of conventional combat power in Eastern Europe since the end of the Cold War.

Given all this, the West needs to dramatically strengthen its posture and infrastructure in and around the Suwalki region. 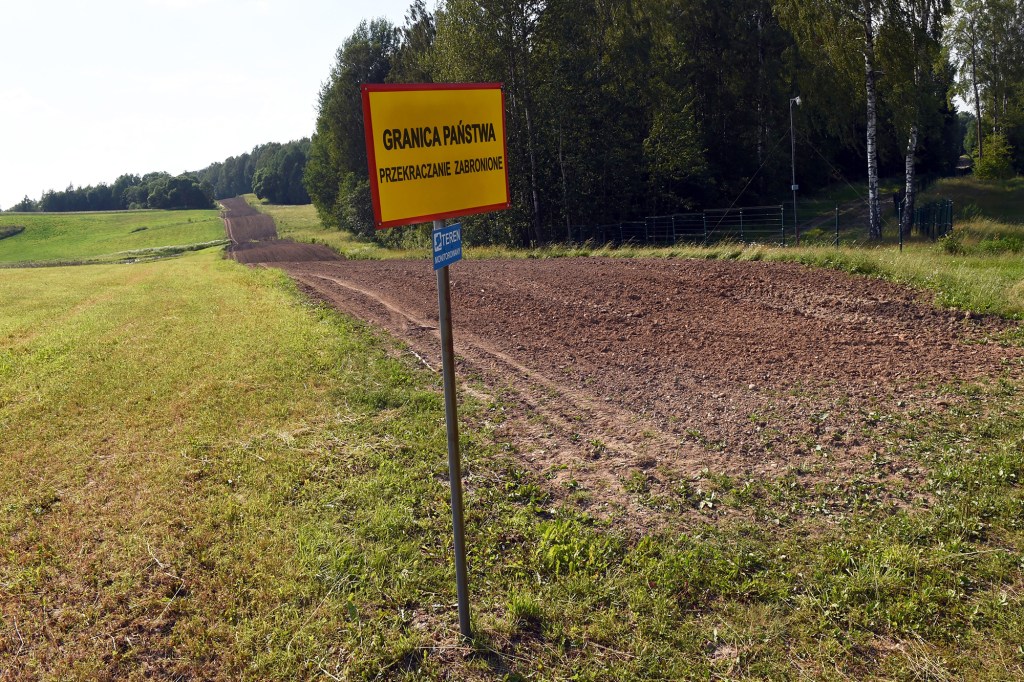 A Polish border post is pictured on July 3, 2016, in Zerdziny, northern Poland on the NATO nation’s frontier with alliance partner Lithuania and Russia’s Kaliningrad region. JANEK SKARZYNSKI/AFP via Getty Images

In addition to recent temporary increases in US rotational presence, Washington should shift toward permanent presence of armor, combat aviation, electronic warfare, drone, engineer, and air defense units. Additionally, Italy, Spain, and France—given their military size and importance in the alliance—must commit interoperable, battalion-size units of around 800 troops each to permanent basing in Poland or Lithuania as well.

Quickly improving militarily-relevant infrastructure in the Suwalki region, substantially and permanently bolstering allied force posture in northeastern Europe, and clearly laying the blame for the complete upending of European security at Putin’s feet are necessary steps.

Relying on Western guesses about how the Kremlin will respond logically is too great a risk, especially if the alliance hopes to keep the Suwalki corridor open.

This report was first published in foreignpolicy.com.

John Deni is a research professor at the US Army War College’s Strategic Studies Institute and a nonresident senior fellow at the Atlantic Council.

Things to do with Kids in Ireland in the West

The Webb Telescope Has Been Hit By Something. Here’s What It Means For Science

Have a Lovely (Long) Weekend.