Not so long ago, a British chap would never reveal his knees in public.

A hiker in shorts was practically a nudist.

Boys became men when they pulled on long trousers at the age of 11.

But now, most blokes seem to think they’re overdressed in jeans or slacks.

Exploring the Outer Hebrides in Scotland’s Sacred Islands (BBC2), where it was 2c (36f) at midday in May, Ben Fogle was wearing a cable knit pullover, a woolly bobble-hat, a thick waterproof jacket, a voluminous scarf… and tiny shorts.

At one point, he sat down with a Presbyterian lay minister on the Isle of Harris. 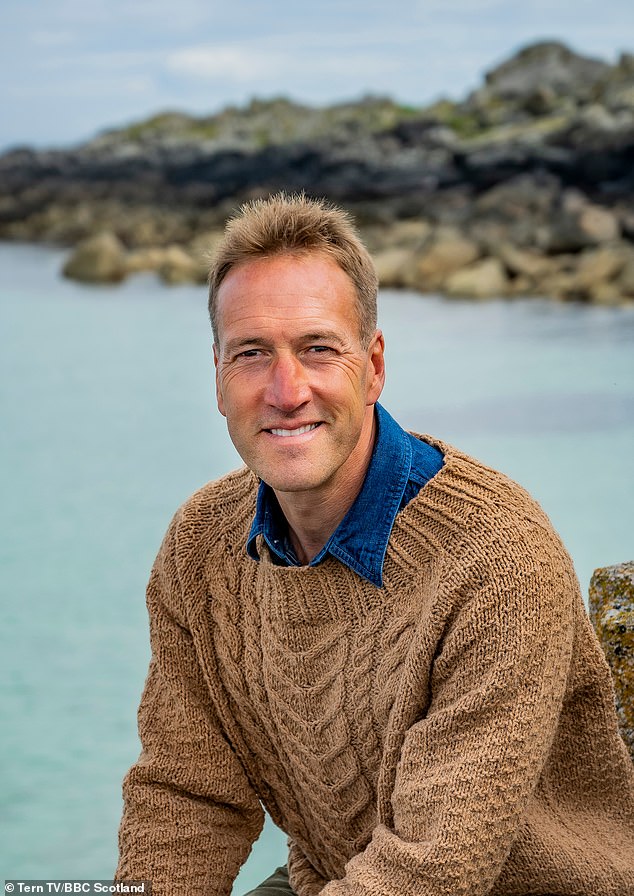 Scotland’s Sacred Islands With Ben Fogle, pictured, is on BBC2

As he chatted to her about traditional values, he kept crossing and uncrossing his bare legs like Sharon Stone in Basic

Instinct. With admirable self-control, the poor woman managed to maintain eye contact, but I couldn’t listen to a word they were saying.

Apart from Ben’s naked thews, the views throughout the hour were magnificent. On Lewis, he spent the night in a stone bothy or shelter, dug into the face of a cliff with a 150ft drop to the Atlantic ocean.

Next morning, he went salmon fishing at the mouth of the Grimersta river with local musician Colin Macleod.

The flashing water and broad horizon made for a scene of enchanting beauty.

‘A Lewis man would be homesick in heaven,’ said Colin, quoting a local proverb.

Ben first became a TV celebrity when he spent a year on the nearby island of Taransay, for the reality show Castaway 2000.

He made a brief diversion to revisit the place, arriving on a former Falklands landing craft (how that got there, he didn’t ask).

Though he insisted that the spiritual atmosphere pervading the Hebrides, a Christian stronghold for more than 1,500 years, encourages him to reflect on the past, Ben is not one for looking back.

He’s at his best when interviewing people who have forged new beginnings for themselves in unlikely settings, like Pakistanborn Abdul — who after 28 years on Harris regards himself as ‘a relative newcomer’. 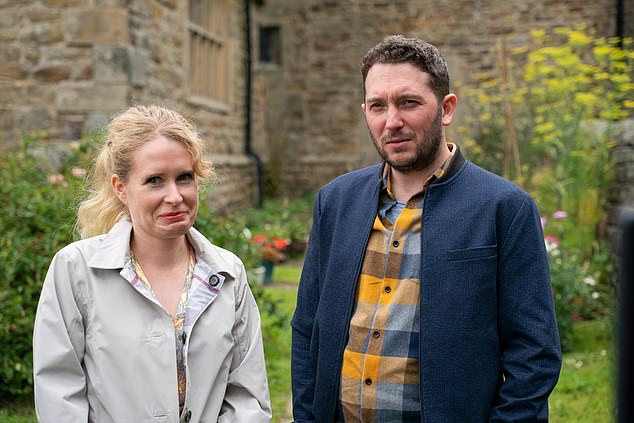 A new series of Meet The Richardsons (Dave) saw them move back to Yorkshire, this time to a new build in Leeds. Jon Richardson with his wife in real life and the series Lucy Beaumont

With a few well-aimed questions, he persuaded artists Becca and Nikolai to open up about their lives.

They have converted a disused church into a studio, with a ceramics kiln.

Nikolai explained what they loved about the solitude: ‘You are forced to examine yourself. I am not constantly distracted by who’s doing what and what’s happening where.’

That sounds especially inviting at the moment.

Jon Richardson and his wife Lucy Beaumont are forging a new beginning, after quitting their charming village home outside Halifax for a failed move to London.

A new series of Meet The Richardsons (Dave) saw them move back to Yorkshire, this time to a new build in Leeds. It’s a celebrity postcode — they claim boxer Nicola Adams and Spice Girl Mel B are neighbours.

But they appear to have chosen the place because neither of them hates it, not because either actually likes it. 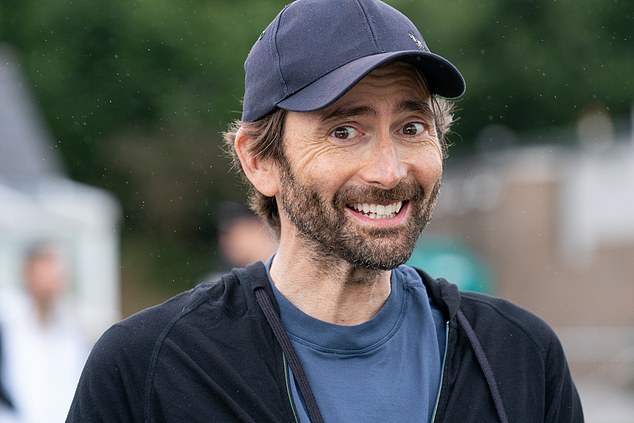 The show relies on guest stars and this episode achieved a coup, with David Tennant, pictured in the latest episode of Meet The Richardsons, and wife Georgia sending themselves up

The comedy continues to be hit-and-miss, a mix of awkwardly scripted scenes that labour to a punchline, and improvised dialogue that occasionally manages to be very funny.

The show relies on guest stars and this episode achieved a coup, with David Tennant and wife Georgia sending themselves up.

We first glimpsed them on the battlements of their private castle, quaffing cocktails.

Explaining why he’d agreed to do the show, David said: ‘We thought we could sprinkle a little stardust for you. Perhaps it was arrogant of us.’

The problem is that, with costars as good as that, the rest of the skits fall flat by comparison.

How to Take Away Money