A married Wisconsin woman accused of killing and dismembering her lover during meth-addled sex has been described by the victim’s uncle as a “monster,” according to a report.

Taylor Schabusiness, 24, allegedly decapitated the Green Bay man after the crazed romp — then dumped his head and penis in a bucket and his legs in a crockpot.

The victim was identified by the Daily Mail as 24-year-old Shad Rock Thyrion, whose uncle shared the family’s anguish at the young man’s brutal demise.

“Yesterday we were given some devastating news. Our nephew Shad Thyrion was taken from us by what I can only assume is a monster,” Nathan Mineau reportedly said on Facebook.

He described Thyrion as someone who had “a good heart and soul,” adding: “Shad, I love you so much I can’t even begin to describe what we are feeling.”

Taylor Schabusiness, a married Wisconsin woman, is accused of decapitating her lover Shad Thyrion and dropping his head and penis in a bucket after sex. Green Bay Police

Police were called to a home on Stony Brook Lane about 3:30 a.m. Feb. 23 by Thyrion’s mother, Tara Pakanich, 47, who reported finding his head in a bucket, according to the outlet.

She said she made the shocking discovery after being awakened by a door being slammed and a vehicle being driven away. 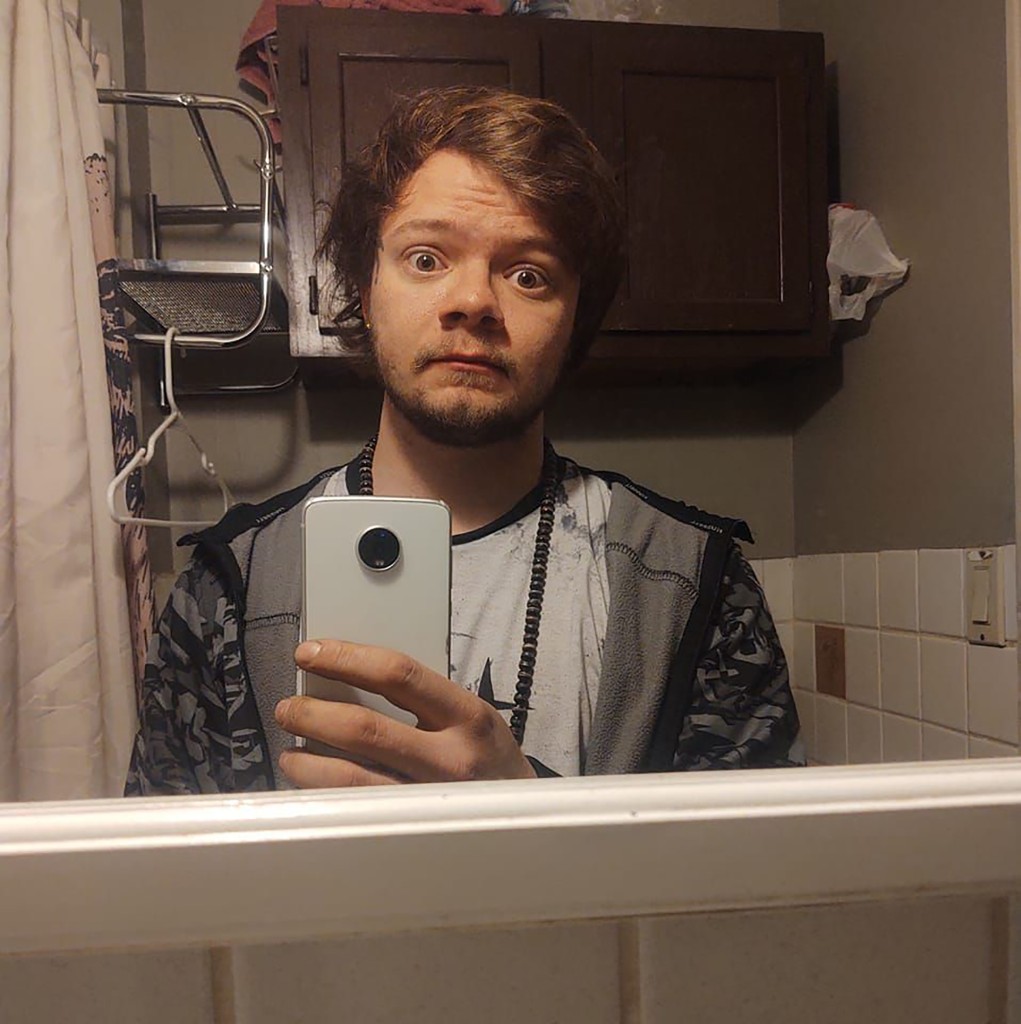 Shad Thyrion’s mother discovered his head in a bucket after she was awakened by a door slamming.Shad Thyrion/ Facebook

Schabusiness was found at a home on Eastman Avenue with dried blood on her clothes, WBAY reported.

During a search of her van, police found a crockpot with human remains, including legs, according to a criminal complaint.

At the mother’s house of horrors, they later found the head and “male organ” in the bucket, an upper torso in a storage tote, “body fluid” and knives. 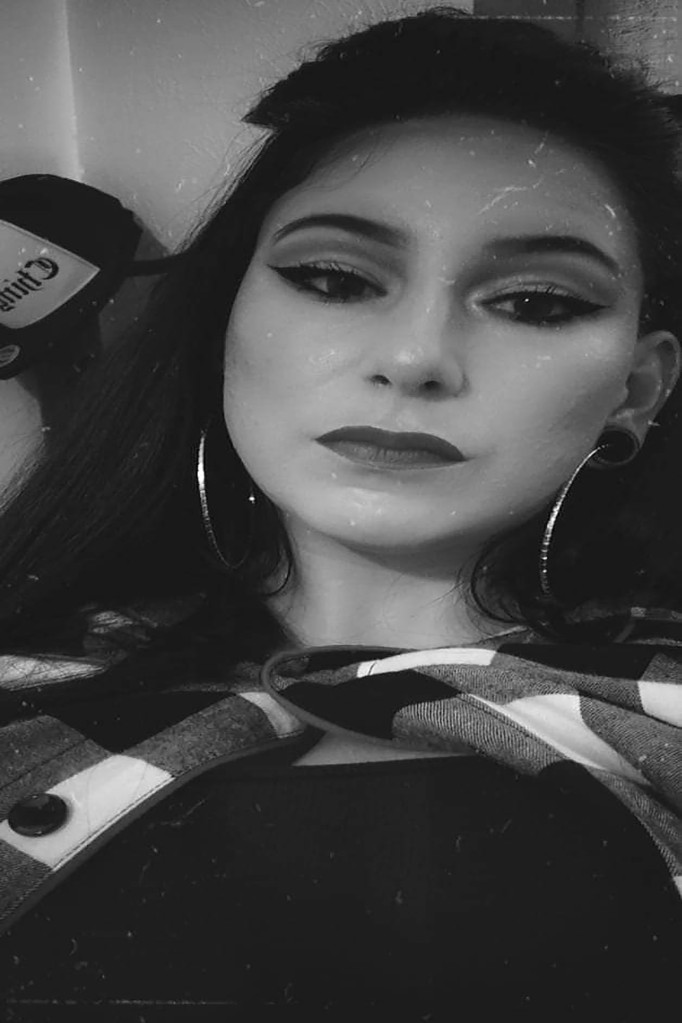 Taylor Schabusiness said she and Shad Thyrion had smoked meth before having sex and that she had blacked out. Facebook

She told police she and the man had been smoking meth before going to his mother’s house, where they had sex using chains, according to WBAY.

Schabusiness said she had blacked out at one point, then went “crazy” and began choking her partner — insisting she did not mean to kill him but enjoyed choking him.

She said “police were going to have fun trying to find all of the organs as she dismembered the body. Schabusiness stated all of the body parts should be in the basement,” according to the complaint. 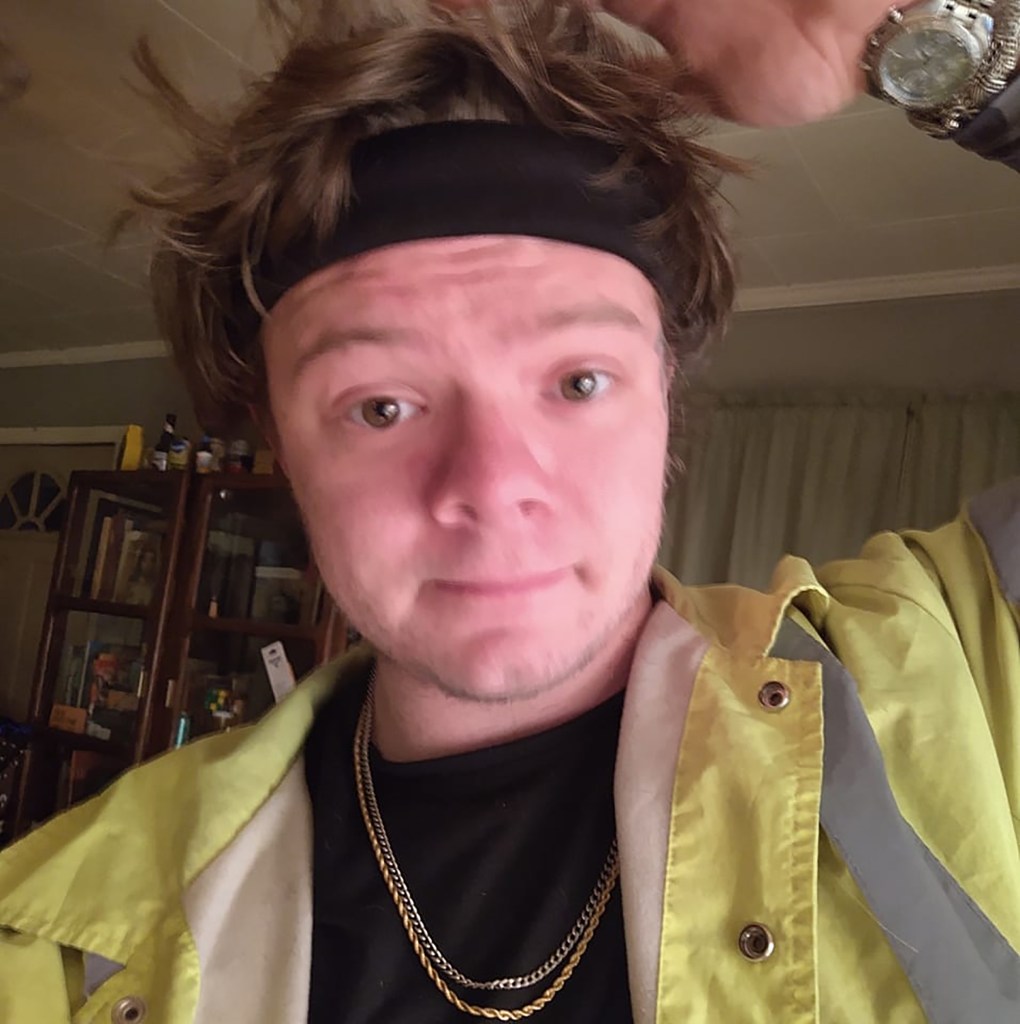 “Schabusiness stated she used knives that she obtained from the kitchen of the residence and that a bread knife worked the best because of the serrated blade,” the complaint continues.

She also said she planned on taking all the body parts with her but “got lazy and only ended up putting the leg/foot in the van and she forgot the head,” according to the complaint.

The married Schabusiness, who recently became a mother, claimed that she and Thyrion had been smoking methamphetamine earlier in the day, the Daily Mail reported. 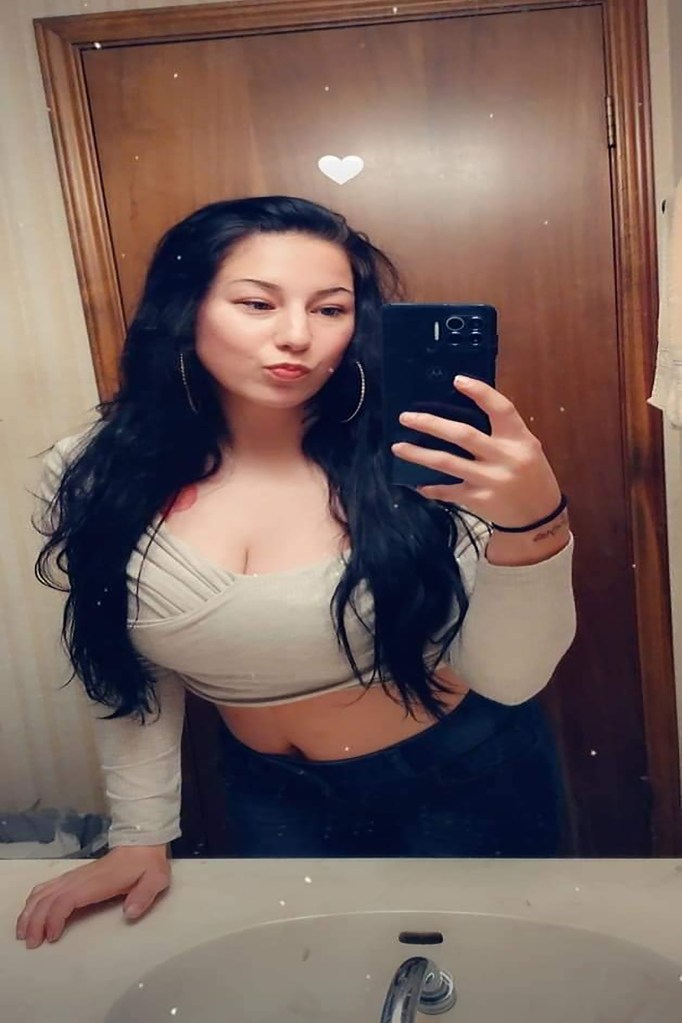 Taylor Schabusiness said she choked Shad Thyrion to death with chains they were using for sex. Facebook

She said she had also shot herself and her sex partner up with Trazadone, an antidepressant and powerful sedative.

When informed by cops that they had the victim’s head in a bucket, Schabusiness reportedly said, “That is pretty f–ked up.”

And when asked what had happened, officials said, she replied, “That’s a good question.” 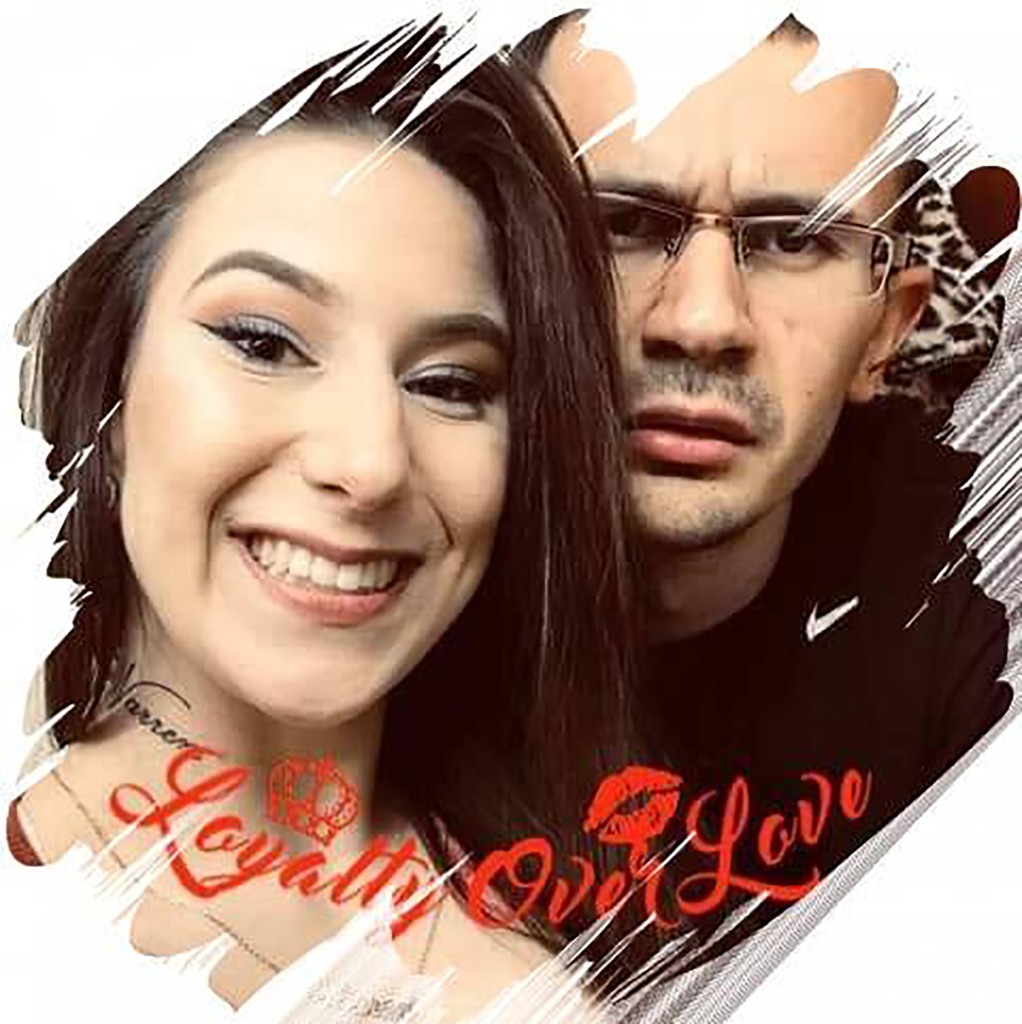 The woman told investigators that Thyrion had brought along two chains for the sex session, one of which he placed around his neck before she went “crazy” and strangled him, the outlet said.

The alleged killer said that when she felt Thyrion’s heart beating, she kept choking him harder, claiming he would not die because he kept “rebuilding into muscle,” the outlet reported, citing the complaint.

Schabusiness said she sat on the victim and “waited for him to die” as he coughed up blood. 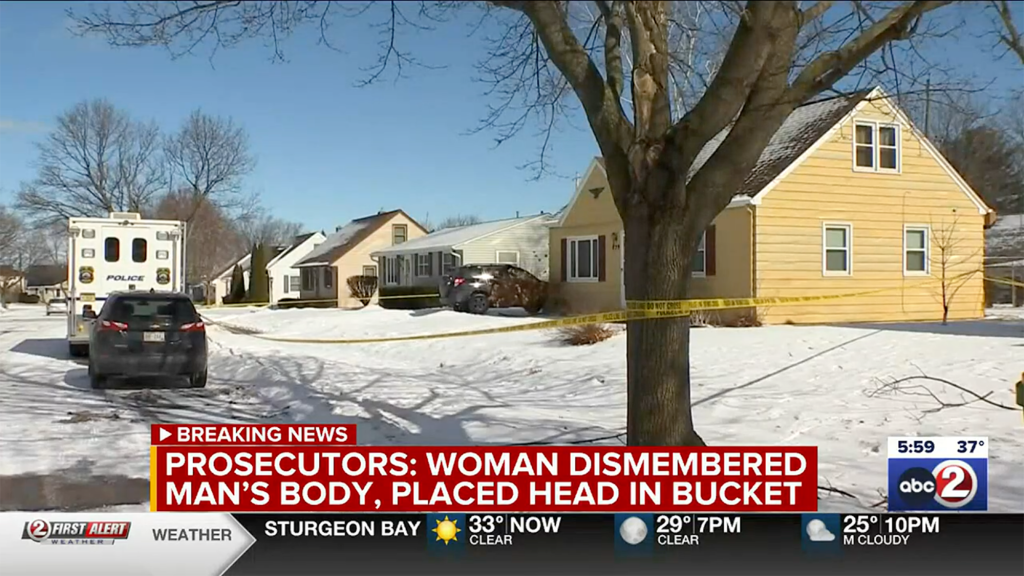 Taylor Schabusiness said she meant to take all of Shad Thyrion’s dismembered limbs home with her but got lazy.ABC2/WBAY

“Ya, I liked it,” she said about choking Thyrion, the complaint reported stated. 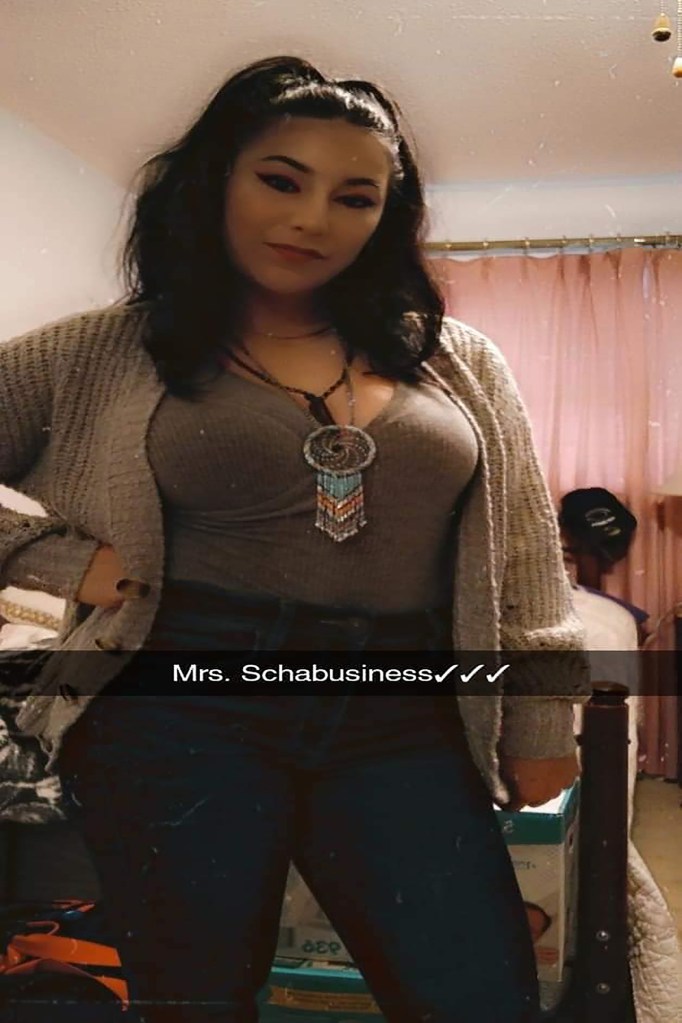 Anne Schwartz pointed out to the outlet Schabusiness’ comment that she  “liked it.”

“And that is what makes this case different to me is that she is admitting — if what is in the criminal complaint is accurate — she is admitting that there’s a predilection to that, that there was a thrill to that in some way,” she said.

Schwartz also mentioned a sinister post by Schabusiness on Facebook, where she wrote on Jan. 13: “Went off and told an addict ‘I’ll never stop buying you dope, so I could sit back watch you die.’”

“The fact that she is or was using social media to telegraph some of these sentiments makes her unusual, again, for someone that emulated the Jeffrey Dahmer case because he didn’t telegraph anything,” Schwartz told WBAY.

A court commissioner has set a $2 million cash bond during the suspect’s hearing on Tuesday, when she was ordered to make her next appearance in three weeks.