So, like, who wouldn’t bang Brad Pitt? (Even straight dudes are going on the record saying that he’s fine as hell.)

Iconic actor, film producer and recipient of global awards, Pitt’s legacy has kept the media—and world—with bated breath. However, notorious for dating the most desired and beautiful women in Hollywood—he’s also just as famous for breaking up with them!

Like a modern day archetypal Adonis with just as much vanity as Narcissus, Pitt, 58, has risen to a place in pop culture where everyone wants to either be with him or be him. Yet, after a disastrous uncoupling from the globally beloved Angelina Jolie, 46, Pitt is onto new ventures—such as reopening studios, doing his best to be a role model to his children and swatting down rumors that he’s dating this chick or that chick who he hasn’t even cared to talk to in years.

So, what is it that gives him such a mystique—was he cosmically blessed and “born this way” or just a super hung dude with just as much swagger that no one can tame him? Good thing I’m a pop culture astrologer and can see it all.

Brad Pitt is an icon and his birth chart shows why.Getty Images

Brad Pitt was born on December 18, 1963. This makes him a smooth Sagittarius Sun with a calculating Capricorn Moon. Surprisingly, for a man who is known as such a sex bomb, his birth chart contains a significant amount of Earth sign energy—with Capricorn and Virgo being his predominant zodiac sign placements. Earth sign energy is strong and confident, but often known to be less dramatically magnetic.

His birth time is listed online, but until he confirms that with me directly (as most celebs have different times than the ones listed online in my previous experience with them), we will disregard a potential erroneous Rising Sign to instead focus on what we do know. With so much Earth elemental energy in his chart, you can tell that this is a man who gets what he wants, is willing to put in the work and likes to build for the long-term. However, there’s certainly an animalistic and primal edge to his chart, speaking of intense passion and a desire to chase experiences and whatever his ego sets its sights upon—especially with his fiery Sun and Jupiter, the planet of expansion, in Aries.

The next thing I notice is how many important planetary aspects his Mars makes. Mars is the archetypal masculine warrior—and he’s just oozing with that energy. Mars is dominant, confident and unbelievably passionate. Add in how it links with his Jupiter, the planet of expansion, in a nearly perfect degree, and you amplify that fiery male energy times a million. He has an immense amount of energy and carries BDE self-esteem in spades. He loves a challenge, has no fear of chasing what he desires and doesn’t like to sit still in one place for too long.

His Mars also dances with Uranus, the planet of spontaneity, in an exact degree, too, which makes him original, inventive and an extremely free spirit.  Then we get to how his Mars also perfectly aligns with Pluto, the planet of intensity. He craves power and profound experiences like a drug and this energy gives him the courage to know that whatever he wants—he can get it. In his mind, he’s unbeatable.

Then we get to how charming he can be—and yes, it’s natural. His Mars is also in close proximity with his Mercury, which gives him a strategic mind with great wit and an ability to run circles around people’s heads and emotions. In fact, when he’s in the mood, he likely thinks its fun and a game. Last that I wish to mention is how his Moon, ruling his inner emotional life, is in an exact conjunction with Venus. This brings him a cheerful, refined personality that craves luxury, beauty and popularity in all things. Sophisticated? Yes. 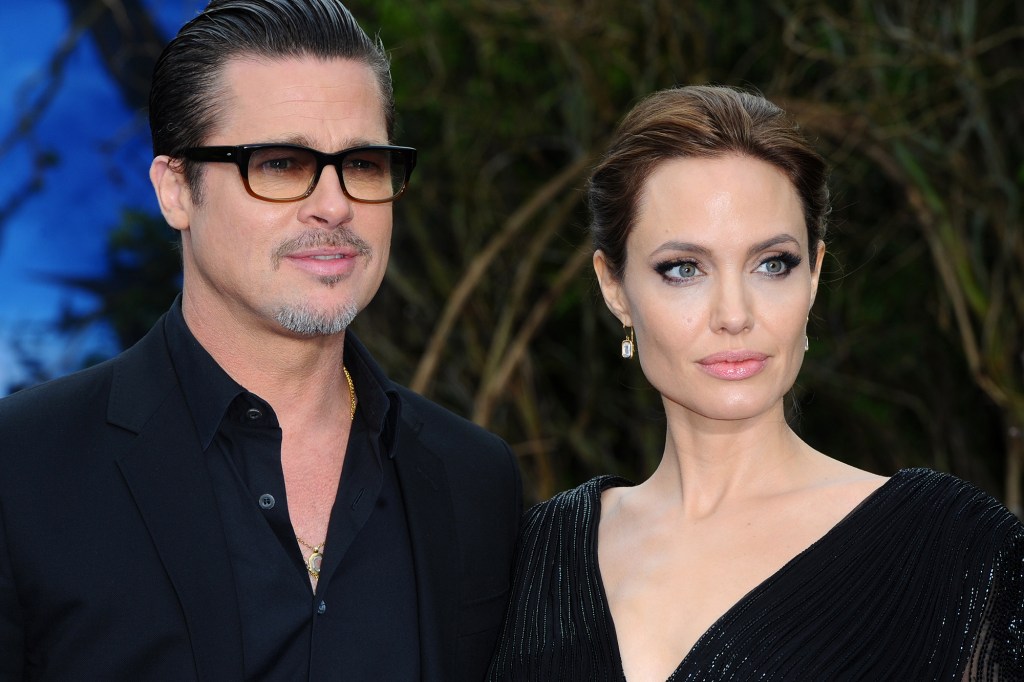 Was Brad Pitt compatible with Jennifer Aniston and Angelina Jolie?

Next up: let us bring Brad Pitt, Jennifer Aniston and Angelina Jolie before me as I peer into their stars. To be upfront: I do adore all three of them and think that they’re all iconic and brilliant people and talents.

Jennifer Aniston was born on February 11, 1969. This makes her an eccentric Aquarius Sun with a feisty Sagittarius Moon. Angelina Jolie was born on June 4, 1975. This makes her a spicy Gemini Sun with an immensely passionate Aries Moon. As we can see right away, both of Pitt’s exes here have Air-sign Suns with Fire-sign Moons. As I look at his compatibility charts with both of them, we can see that he was deeply aligned with each. His rapport with Aniston, 53, feels based on a lot of similarities, camaraderie, friendship and passion.

The relationship definitely transformed them and opened their eyes about who they are, what they want and what life has to offer. His connection with Jolie has much more passion and intensity and feels much more karmic in nature—as if they were together in a past life and united in this one to forge something and when the lessons had been learned, they’d part ways once and for all. 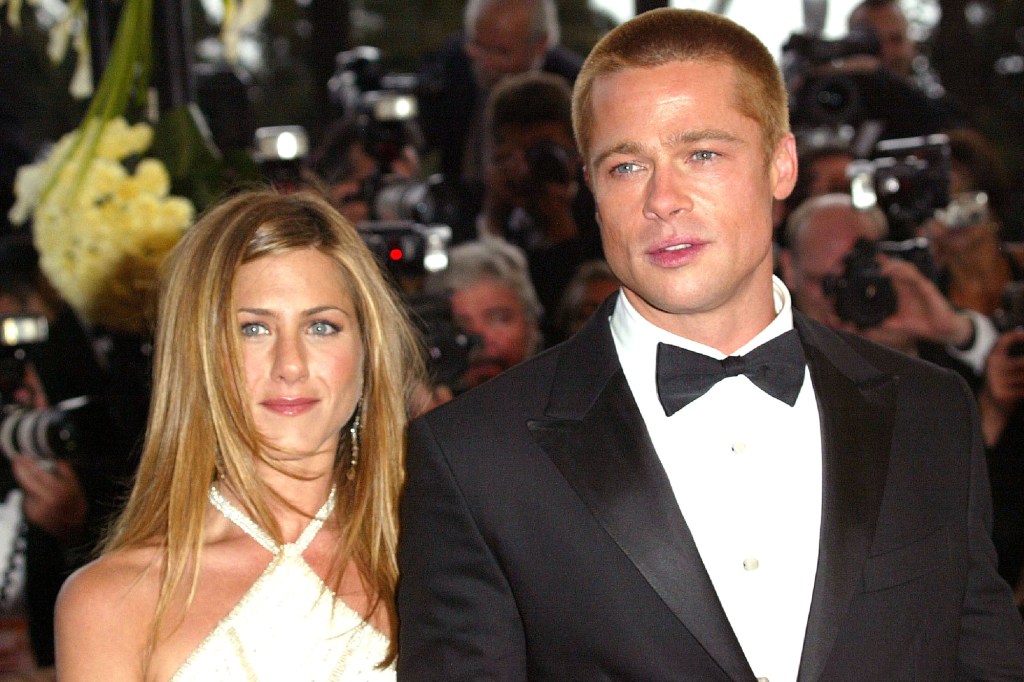 Was Pitt soulmates with each? Yes, I do believe we have many in lifetime—but that doesn’t mean they always stay with us forever. Soulmates and twin flames are here to teach us lessons about life. With Pitt being a Sagittarius, though, with a chart that speaks of an incredibly restless nature, it is as if he chases new experiences and conquests because that’s how he’s wired.

He lives for growth and can sometimes be scared to settle down forever. I think Pitt is an eternal explorer of life and the spark he had with both of them was meaningful to them all, even if that didn’t last.

Ideally, Pitt needs to find someone with a lot of energy that can dance with him, but also who can be deeply understanding and sensitive to his needs. This person is someone who can help him open up and trust his heart even more. 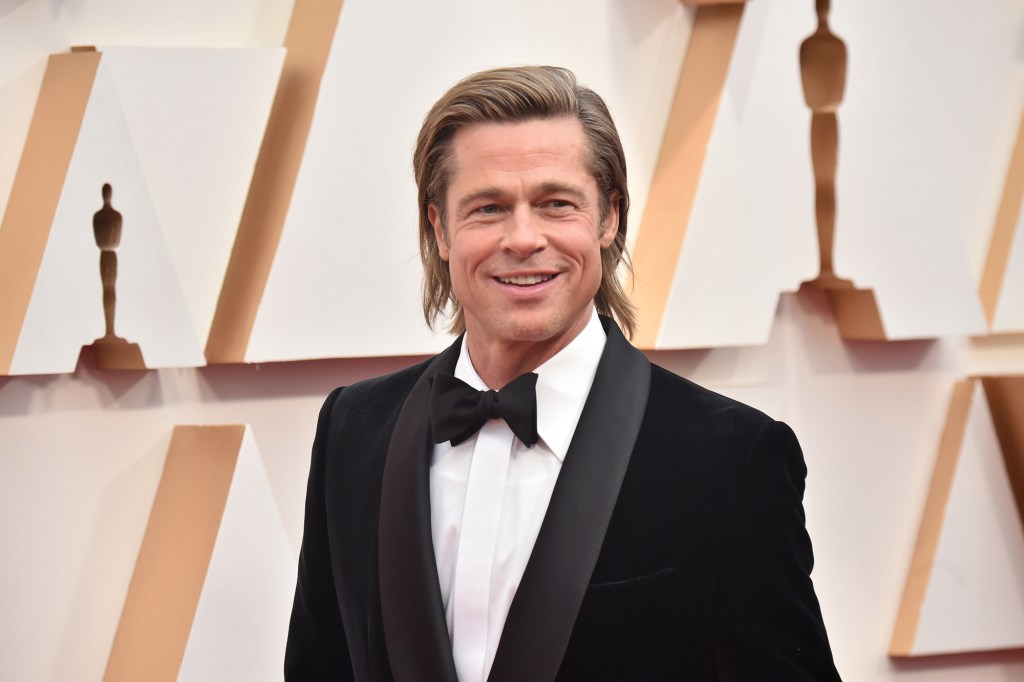 Brad Pitt has new love ahead of him. It is written in his stars.FilmMagic

In 2022, Pitt has a very special year in regards to love, sex and passion. On one hand, he is going to be dealing with the push-pull energy of settling into domesticity versus travel—but I think he will find himself falling in love again more deeply in the summer.

It looks like he could jump headfirst even further during the second half of the year, but things might hit the breaks toward the end of 2022. He’ll be doing a bit of a dance forward and back because of it, but he’s hot, he’s a legend, he’s Brad Pitt. The stars are always smiling on him.

Kyle Thomas is a globally recognized pop culture astrologer who has been featured in “Access Hollywood,” E! Entertainment, NBC & ABC television, Cosmopolitan Magazine, Hulu, Bustle, Elite Daily, Marie Claire and more. He is known for his cosmic guidance for celebrities, business executives and prominent influencers. His work harnesses the power of the stars in regards to entertainment lifestyle and trends affecting people worldwide. For more information, visit KyleThomasAstrology.com.
Source by nypost.com