In one year, Peloton has gone from a market cap of almost $50 billion down to approximately $12 billion. At the same time, the company has laid off 2800 employees, its founder & CEO stepped down, and its first factory is no longer in development.

So how did Peloton go from being the darling of wall street to fending off angry investors calling for its sale?

In this guide, we’ll break down Peloton and find out how it got so popular, what led to its spectacular crash, and what three lessons you can learn from its mistakes.

Peloton Interactive is a company that sells exercise equipment, paired with workout videos that can be accessed through a built-in screen. It’s a fully connected fitness solution in one product.

Peloton’s product range includes high-end exercise bikes and treadmills with internet-enabled screens. There is also a Peloton app that beams live and on-demand exercise classes straight into its users’ homes. The company is the brainchild of former Barnes & Noble exec John Foley.

So it’s clear Peleton is targeting a premium market.

How Peloton Started and Gained Success

Foley came up with the idea for the company after noticing he enjoyed instructor-led classes more than exercising on his own. However, he often struggled to attend the classes with his favorite instructors because they were too packed or too expensive.

Instead of seeing a problem, he saw an opportunity.

And so Peloton was born, a modern fitness company that brought the gym into your home.

The company’s early growth was steady. By August 2018, Peloton had sold over 400,000 bikes. It had also attracted $994 million in investments, giving the company a valuation of more than $4 billion.

An impressive result fueled by a secret formula.

Some superfans went as far as tattooing the Peloton logo on their bodies. Peloton even found favor among celebs like Hugh Jackman, Usain Bolt, and Richard Branson.

Amidst all the hype, Foley took Peloton public in 2019 at $29 per share. This gave the company a $7.7 billion valuation, but shares closed 11% lower at the end of trading.

This poor performance was in part due to its status as a lossmaking company.

At the time, revenue had doubled to $915 million over the previous year. But losses had quadrupled to $196 million in the same period. This lossmaking status would be one of the reasons their stock collapsed in early 2022.

But, let’s not get ahead of ourselves.

Before the collapse, Peloton would see a massive upswing in its stock price. This was thanks to pandemic-fueled growth. With gyms closed, its bikes and treadmills were perfect for people that were looking for ways to stay active at home.

This demand helped Peloton achieve a 172% surge in sales in the fourth quarter of 2020. At the same time, more than 1 million people subscribed to its streaming classes. 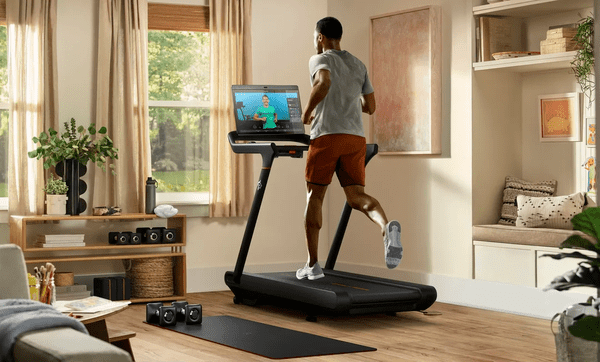 Everything was looking great for John Foley and his team at the start of 2020, but the pandemic had a severe impact on their supply chain.

The company was struggling to meet demand. The result? Annoyed customers vented their frustrations online.

In response, the company invested more than $100 million to reduce manufacturing and shipping times. It also committed a further $400 million to build a factory in Ohio a year later.

This hype around Peloton helped the company’s stock rise more than 440% to more than $170 at the beginning of 2021. Although this impressive growth wouldn’t last for long due to several reasons.

First, as the world, and gyms, started reopening in 2021, demand for at-home exercise equipment dropped.

Second, the fitness company was stuck in a saturated, limited market. Most people that wanted a Peloton bike or treadmill already had bought one. And they weren’t in the market for another stationary bike any time soon.

Peloton was also facing criticism for rejecting a call by the Consumer Product Safety Commission to recall its treadmill after several accidents.

Finally, in January 2022 CNBC reported that Peloton had to halt production. This was due to the decrease in post-pandemic demand which left the company with excess treadmills and bikes in their warehouses.

Why is Peloton Stock Dropping?

The result of all this was an 80% drop in share price to $24.22, well below the $29 share price of the company’s stock market debut. This led investors to accuse Foley and the board of mismanagement, calling for his firing and Peloton’s sale.

Rumored, potential acquirers include Amazon, Nike, and Apple, which helped Peloton’s stock recover 30% of its value. Although Peloton’s most recent moves seem to show that it is still trying to remain independent.

To save at least $800 million in costs, the company went through a significant reduction in staff. They laid off 2800 employees, including 20% of company executives. Foley also stepped down as CEO, taking on the role of the executive chair instead. His replacement is Barry McCarthy, the former chief financial officer of Spotify and Netflix.

Other efforts to minimize costs include reducing the number of warehouses Peloton operates. The company will also start working with more third-party providers for deliveries.

Finally, Peloton announced that it is winding down the development of its Ohio factory. 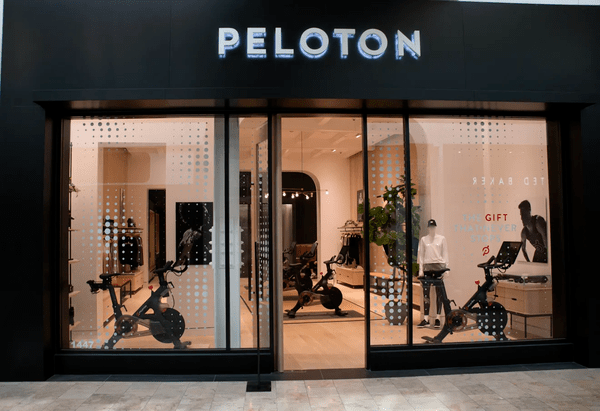 What Can We Learn From Peloton?

First, always under-promise and over-deliver, not the other way around.

Peloton’s CEO had no control over supply chain issues during the pandemic, but he did have control over how they managed customers’ expectations.

Some customers were promised delivery times of seven weeks. But when their shipment was delayed, many received a simple notification with no other explanation.

For customers that paid in the thousands for their product, this felt like a slap in the face. ‘

The result was a flood of unhappy customers posting online. Foley missed an opportunity to give consumers realistic delivery dates. Then delight them with an early delivery when the supply chain issues improved.

2. Hope for the Best, Plan for the Worst

Second, hope for the best, but plan for the worst.

While Foley couldn’t have predicted the pandemic and its effect on Peloton, he assumed this growth trend would continue. This left the company without a strong backup plan in place, which resulted to be a recipe for failure.

Peloton’s products target a niche market, and thanks to the pandemic, most of their target audience had bought their bike already.

The world reopened in 2021 and demand for its products decreased. But Peloton continued with its efforts to expand manufacturing. This led to unsold products at warehouses.

For a company to be successful, it needs to rapidly adapt to changing circumstances. Too often Peleton would be too slow to react to the market.

The company underestimated the pandemic’s impact on its growth. This led it to overinvest in products with waning demand. The result was a dramatic decline in stock price that triggered immediate action from the board. 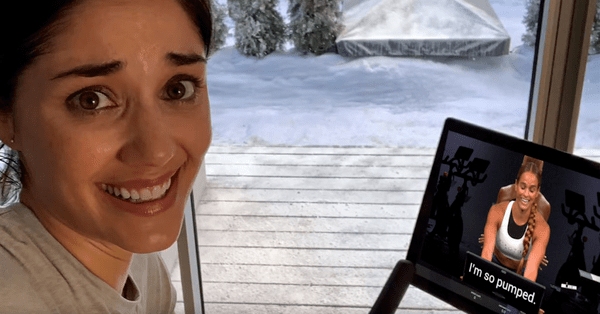 The lessons we learned from this story are universal. Although we analyzed Peleton, every business can learn something and relate the learning to their own situation.

Peloton’s significant rise and fall is something all companies should be aware of. Although now that damage control has been put into place, who knows what the next fiscal year will look like. Even with the changes in production and consumers, Peloton may still rise again.