Joe Marchant starts at outside centre in one of eight positional changes.

Jack Nowell replaces Marchant on the wing, Jamie George is at hooker and prop Will Stuart starts.

Alex Dombrandt takes the number eight shirt, while Charlie Ewels is brought in at lock and Maro Itoje moves to flanker in the absence of Lewis Ludlam.

Hooker Luke Cowan-Dickie is on the bench due to limited training time after he took a knock in 20-17 defeat to Scotland – a match in which he made a game-changing error.

Leicester forward Ollie Chessum could make his debut off the bench and flanker Tom Curry will once again captain the side with Owen Farrell and Courtney Lawes injured.

Replacement scrum-half Youngs awaits the opportunity to become the joint most-capped England men’s player of all time alongside Jason Leonard, who has 114 caps.

Head coach Eddie Jones has called on his side to “light up” Rome and is placing faith in his younger players to do so.

Bristol’s Randall, 24, offers a quick-tempo game along with electric running, while Dombrandt, who is also 24, gets the chance to prove himself after Sam Simmonds started against Scotland.

“We want to see Alex Dombrandt playing a game that we think will really suit him,” Jones said.

“Against Italy, games tend to be more open and unstructured.

“Harry’s a livewire half-back, he’s very good in broken play. He’s got a good solid pass on him and his kicking game is improving.” 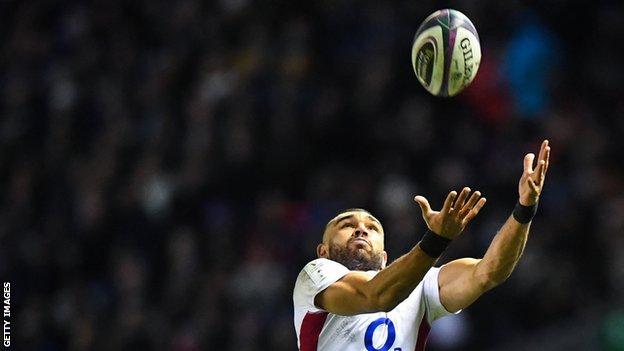 Marchant will partner Henry Slade in the midfield in Jones’ latest experiment as he seeks a solution to Manu Tuilagi’s injury absence.

Tuilagi returned for Sale on Sunday but is not yet ready for Test rugby according to Jones.

After the combination of Slade and Elliot Daly failed to make an impact against Scotland, Jones has turned to Marchant.

The Harlequins back has enjoyed success in partnership with Slade before as Marchant played in the centre after Tuilagi went off injured during England’s win against South Africa in November.

For Italy, Sebastian Negri has been pushed to the bench as South African-born flanker Braam Steyn comes into the starting XV.

Wing Tommaso Menoncello – Italy’s only try-scorer in defeat to France – is out of the squad altogether as Frederico Mori starts and Petro Ceccarelli comes into the front row.

Ukraine insists it can strike Russia despite US ban

Why E-Sports is a Dream for Avid Gamblers

Solar Power Could Boom in 2022, Depending on Supply Chains