“We were hugging and crying,” Ali Chapas, Stafford’s best friend, told The Post. “People have been on this journey with Matthew since college and know what they’ve been through. It felt like we were in a sports movie.”

The Staffords, who met at the University of Georgia, spent 12 seasons in Detroit where Matt played through bruising injuries and never notched a postseason win.

And off the field, Kelly, 32, who now hosts the Morning After podcast and made headlines in November for chucking a soft pretzel at a 49ers fan, has endured her own harrowing health ordeal. In 2019, she underwent a grueling 12-hour surgery to remove a benign tumor from her brain.

“I think Kelly would never want to make it about her and her battle with her brain tumor but it obviously adds to their story. And the fact they’ve gone through so much, it makes it much sweeter that they are in this position right now,” said Chapas.

Kelly, then a mother of three, realized something was off in early 2019 when she began experiencing debilitating bouts of vertigo. The scariest episode occurred while holding her infant daughter, Hunter. The couple have four young girls, including twins Sawyer and Chandler, who will turn 5 next month, Hunter, 3, and Tyler, 1.

“The room started spinning around me and I felt like I was going to fall down. I almost threw Hunter to Matthew, because I didn’t want her to go down with me,” she told ESPN in 2019. 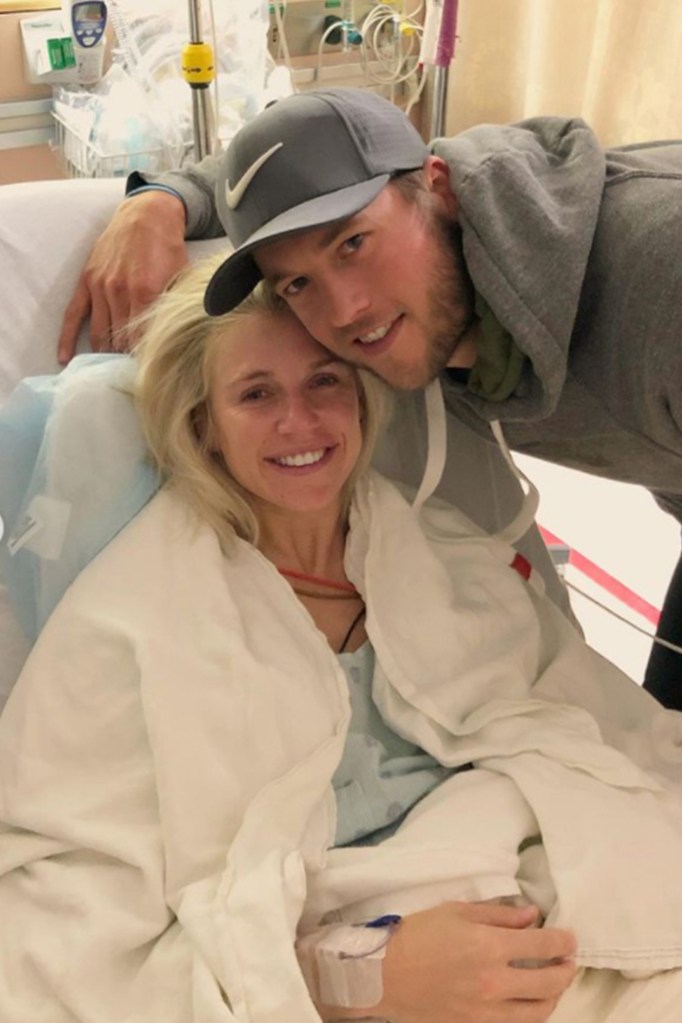 The couple poses for a picture before her surgery.Credit: kbstafford89/Instagram

She was prescribed Antivert, a medication to treat vertigo, but her symptoms only worsened. The Staffords then enlisted the help of the Lions team doctor who arranged for her to have a brain MRI.

The diagnosis was shocking. She had a benign brain tumor.

“The medical term was an acoustic neuroma or vestibular schwannoma. There was a tumor sitting on some of my cranial nerves. I was told I needed to have surgery to remove it. And I was terrified,” she said.

According to Dr. John Boockvar, the vice chair of Neurosurgery at Lenox Hill Hospital, it’s the third most common benign brain tumor seen in humans. He called it, “uncommon but not rare. In the United States, there are about 2,000 to 3,000 cases annually,” Boockvar said. 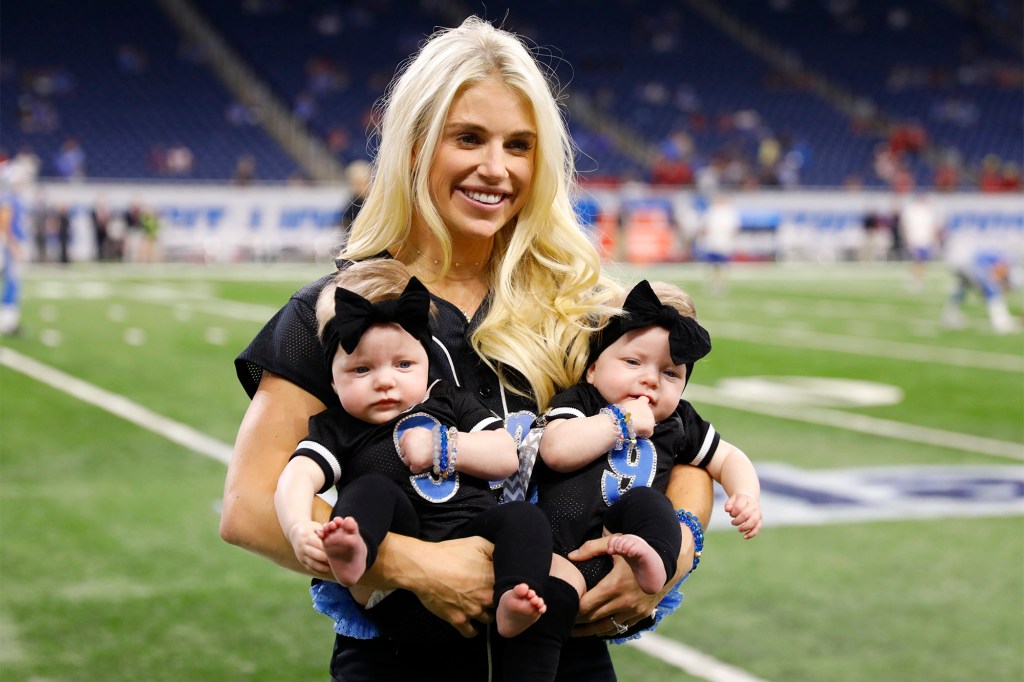 Kelly holds her twins twins Sawyer, left, and Chandler in September 2017. Matt was then playing for the Detroit Lions .AP

The signs can be tough to spot. “An acoustic neuroma usually manifests itself with hearing loss or ringing in the ear or, as in the case of Kelly, vertigo,” he added.

He said the tumor is usually the size of a walnut or golf ball and there are three treatment options: Patients can leave it alone and monitor the mass, undergo radiation or opt for surgery. She decided to have it removed.

After her diagnosis, Kelly texted Chapas, who is married to Shaun Chapas, a teammate of Matt’s at both UGA and the Lions, asking to Facetime with the couple.

“When we found out it was a brain tumor, we were in complete shock,” Chapas said. But the Staffords seemed settled. “They were already at a strong point with it. It was a matter of fact. ‘This is what we are dealing with. We are not feeling sorry for ourselves.’”

As Kelly began to tell friends, they rallied around her, including close pal Hank Winchester, the “Help Me Hank” consumer reporter with WDIV, the Detroit NBC affiliate.

“I know one thing to be very true,” he told The Post. “Even though Matthew is this strong, tough football player, Kelly is tougher than hell and I knew she would face this adversity the right way.” 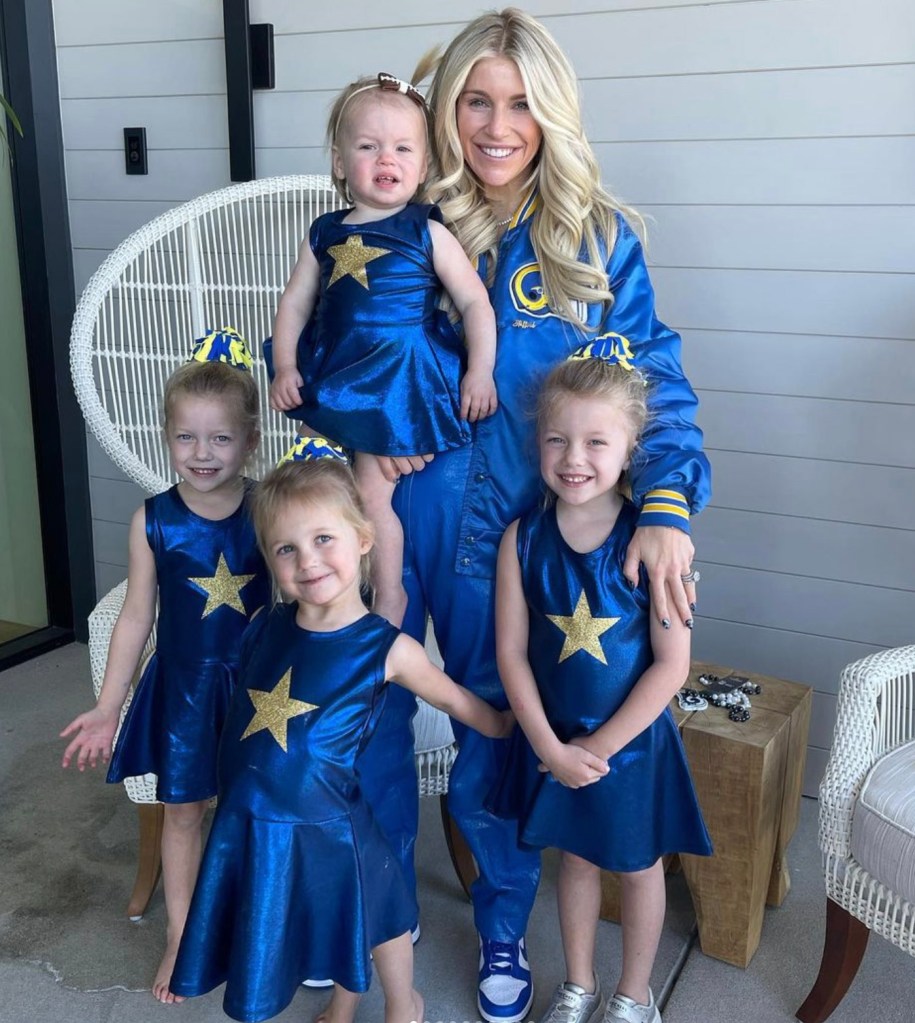 She then went public, sharing her journey on social media — a place that hasn’t always been friendly to her family, given her husband’s occupation.

“When I posted my story on social media, I was feeling really vulnerable, and felt like I needed a bunch of people on my team at that point. I prefaced it in a way that I wanted prayers, more than anything. The more people who are praying for you, the more success you’ll have in anything you’re praying for,” Kelly said.

Still, Kelly worried that the surgery could go wrong. “My biggest fear is not being here, and not being here to raise my girls,” Kelly told ESPN.

Chapas recalled her friend, whom she met at a Georgia high school, writing heartbreaking letters to her daughters. “You couldn’t read them and not cry.”

Boockvar said Kelly, who is young and healthy, was a prime candidate for surgery, though it did pose some dangers.

“The biggest risk in particular in a young beautiful woman is facial palsy. If you dissect the tumor off the hearing nerve you can injure the facial nerve and it can be permanent.”

And her surgeon, Dr. Gregory Thompson, was thrown a curveball when he discovered an “anomalous” artery that turned what should have been a six-hour procedure turned into a 12-hour one. 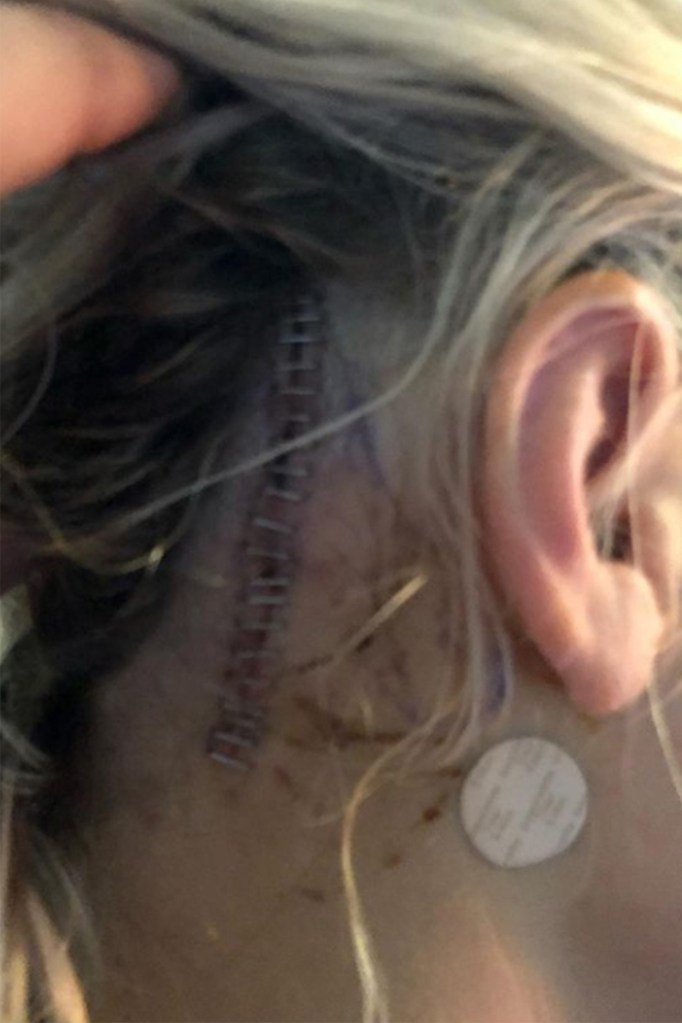 “He had only seen one other case like this, and he had to reroute their entire [surgical] plan,” said Chapas, adding that Matt sent her text updates without any indication there was turbulence. Ultimately, the surgery was a success.

“[Thompson] took his time & was patient,” Kelly wrote on Instagram a few weeks after going under the knife. “There was a moment when they thought I might have lost my hearing completely. He made everyone & everything stop, they all sat, & waited for some time … the audio wave returned. His patience saved my hearing, as well as my face.”

But the aftermath was brutal. Stafford had to learn to walk again. And she wasn’t able to see her daughters for two weeks.

“The doctors suggested it would be best for them to be out of the house, or wherever I was recovering. Loud noises were hard for me. I couldn’t lift my girls at all. They always want to be with me, or crawl on top of me. Learning to walk again was a process and having little ones running at your feet was probably not the best idea.” 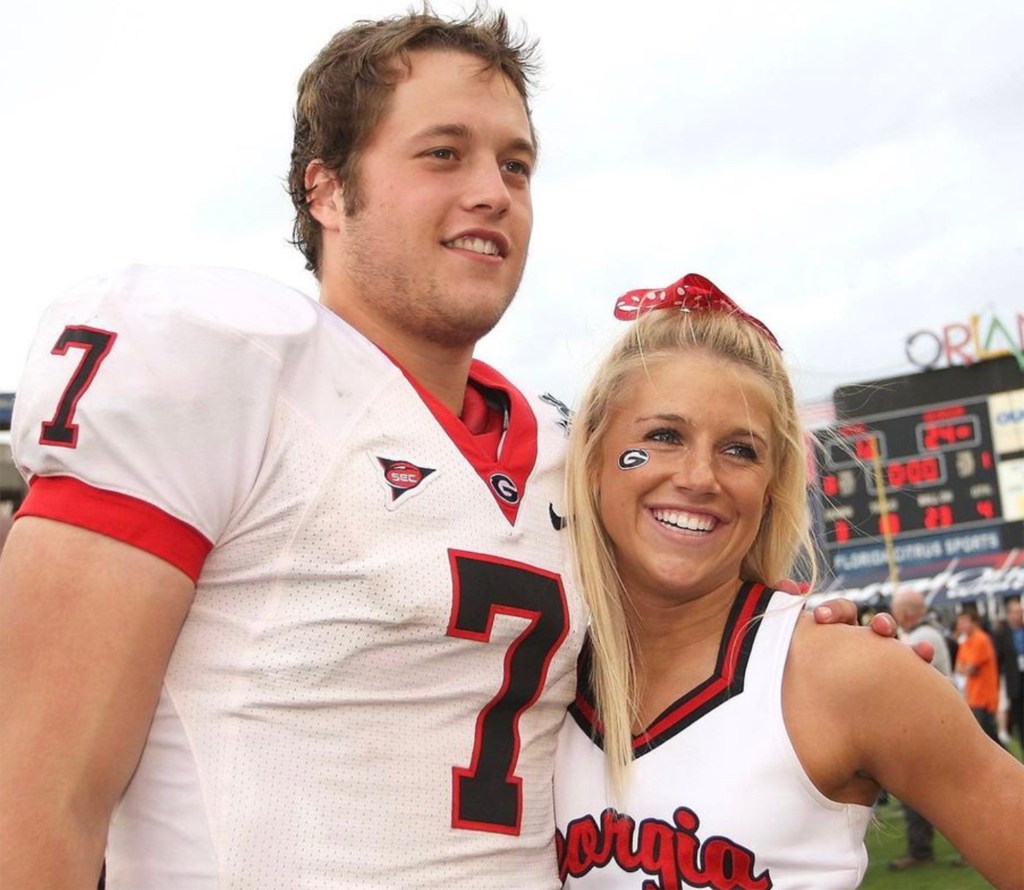 The Staffords during the college days at Georgia Instagram/Kelly Stafford

She eventually started working out again, and used boxing as her therapy.

“She had a great support system around her but at the end of the day, it came down to her. She had to persevere. And she went back to the gym and was crushing it. It motivated and inspired me,” said Winchester.

In April 2021, she took to Instagram to celebrate a milestone, writing, “Today celebrating the clean 2 year scan and all the new adventures my family and I are going to have in this next year!”

The post was quite prescient. One of those new adventures meant a trip to the Super Bowl — a game that remained elusive to Stafford until his 13th season in the NFL.

Winchester, who is flying out for the game, said the couple’s hardships forged an even stronger bond with Detroit fans, who are rooting for Stafford and the Rams.

“When Matthew came to Detroit, he was not married. He was dating Kelly. They got engaged, married and had four babies in Detroit. She had her brain surgery at the University of Michigan. They saw this couple grow and their love story play out. Even though they are in Los Angeles, their presence is very much felt here.”

Chapas added that the Staffords are akin to a Cinderella story — and easy to get behind.

“The coolest things about them individually and as a couple is that they are the exact same people they were in high school and college, just with a much bigger house.”