Manchester United: TEZOS – Manchester United have announced Tezos as their new training kit sponsor in a multi-year deal. The Old Trafford giants have been without a training apparel sponsorship since their partnership with Aon came to an end last season. The deal with Tezos is reportedly worth in excess of £20million per year and also sees them become United’s official blockchain partner. It does not include the training ground naming rights. Follow InsideSport.IN for the latest sports news and updates.

TEZOS – Manchester United announce a £20m-per-year training kit sponsorship deal with blockchain platform Tezos after the contract with AON ended as the club claim partnership will ‘revolutionise the way we interact with fans.’ The training kit will be featured in the men and women’s range.

Upgradeable, energy-efficient and community governed. @Tezos is the #blockchain for everyone.

Manchester United Official Statement: Tezos-branded training kit will be worn by the first team squad for the first time prior to this weekend’s match against Southampton, introducing Manchester United fans to the partnership and Web3 technology through the Tezos blockchain.

Victoria Timpson, Manchester United’s CEO of Alliances and Partnerships, said: “This is a hugely exciting partnership for Manchester United because it aligns us with one of the most advanced, reliable and sustainable blockchains in an area of technology which promises to truly revolutionise the way that everyone, including the Club and our fans, can interact.

In addition to the Tezos branding on the Club’s training kit, the partnership will also include several new fan experiences built on the Tezos blockchain and a pledge to  support Manchester United Foundation with ongoing donations in tez, the native currency of the Tezos blockchain, to train, educate and inspire young people within the local community.

Manchester United: New training kit to be worn against Southampton

The blockchain platform Tezos provides, however, is advertised as more energy efficient – given the amount of computing power required in the transactions. Tezos have their own digital token, known as Tez, which is bought and sold by traders to make a profit. It has seen a recent dip in value since November after rising on the markets in the last few years. 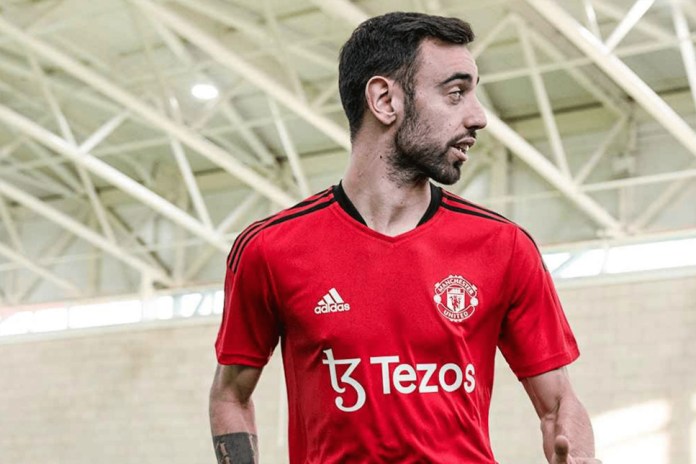 It has already invested in sport sponsorship in recent years – striking a deal with the New York Mets baseball team last summer and also partnering with Formula One teams Red Bull and McLaren. The club hope their deal with Tezos will maximise their presence in the metaverse and ‘web 3.0’.

Amazing and Thoughtful Birthday Gifts for your Best Friends