There’s rain in the forecast — and lots of it — as flush Wall Street bros blow their record-setting bonuses on cars and caviar.

“We recently had a $10,000 bill [for six people],” said Jesse Schenker, who, with partner Claudia Taglich, owns Oyster Bay, Long Island, fine-dining restaurants Four and 2 Spring. “Everyone ordered the $245 menu, which is 15 courses. They got the black-and-white truffle addition for another $200 [each]. Then, they made friends with the table next to them and started buying wine: a magnum of Krug for $1,800, a Domaine Raveneau Chablis for like $900, a 2005 Domaine Dujac Bonnes-Mares — which I don’t even know how much it was, but probably more than $1,000 — a Jean-Louis Chave Hermitage — which God knows was almost $1,000 again — and finished it off with a $2,500 Spanish Vega Sicilia Unico.

What are Wall Streeters buying with their record holiday bonuses? Only the finest of the fine.Stefano Giovannini 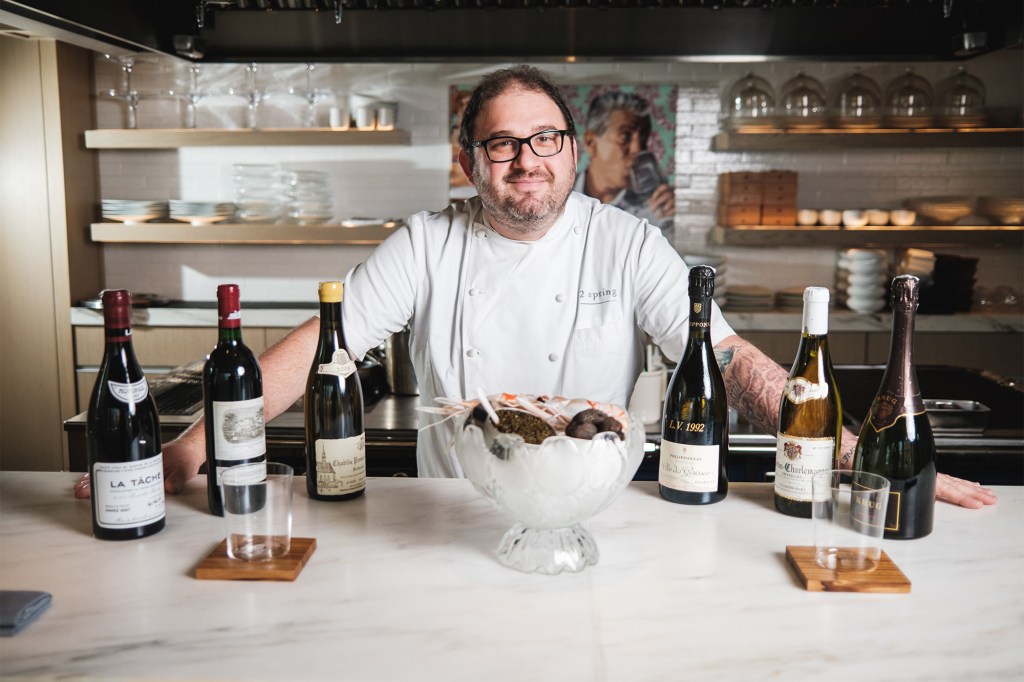 Jesse Schenker has sold out of $100-per-ounce Kaluga caviar per week during bonus season.Stephen Yang

“It always happens around this time of year, especially this year,” Schenker added, noting that he is selling out of $100-per-ounce Kaluga caviar each week. “Bankers are just doing well, and they’re kind of going nuts.”

Wall Street is handing out its biggest bonuses since 2009. Bigwigs — like Goldman Sachs CEO David Solomon and JPMorgan Chase CEO Jamie Dimon, who got roughly $35 million apiece — are seeing eight-figure sums, while even rookie traders are raking in tens of thousands of dollars, on top of base salaries that have risen well into the six figures. Trading surged during the pandemic, and now it’s time to celebrate. 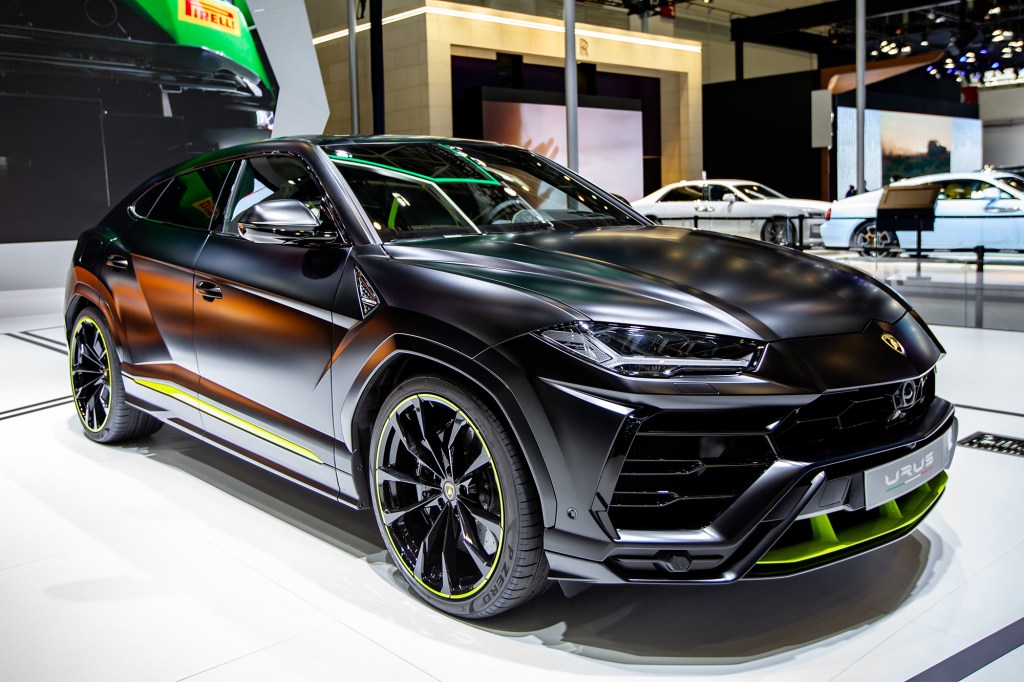 It isn’t just food and nightlife: The Wall Street crowd has also had their eyes on luxury rides, such as the Lamborghini Urus.VCG via Getty Images

“This is probably something for the record books,” said Faisal Malik, a luxury car broker and founder of Status Auto Group — who recently secured a custom-built Bentley for Patriots owner Robert Kraft (a gift from Meek Mill, Jay-Z and Philadelphia 76ers co-owner Michael Rubin). “It doesn’t make any sense how unemployment is through the roof and everyone just has money somehow. I have never seen an uptick in the higher-end spectrum of things like this with $200,000 cars being bought like they’re Jell-O.”

Since December, Malik said that the bonus crowd has focused on bigger whips like the Lamborghini Urus and the Mercedes G63 – a k a the infamous “G-Wagon,” which start at $160,000.

“I’ve probably sold a good 40 G63s recently,” he said, noting that most are being sent to the Hamptons or South Florida. “But I actually just had a hedge fund guy come in and buy a McLaren Senna LM, which is one of five, and I’m currently working on a deal for a McLaren P1 GTR, which is a one of one in chrome red for around the $2.5 million mark.” 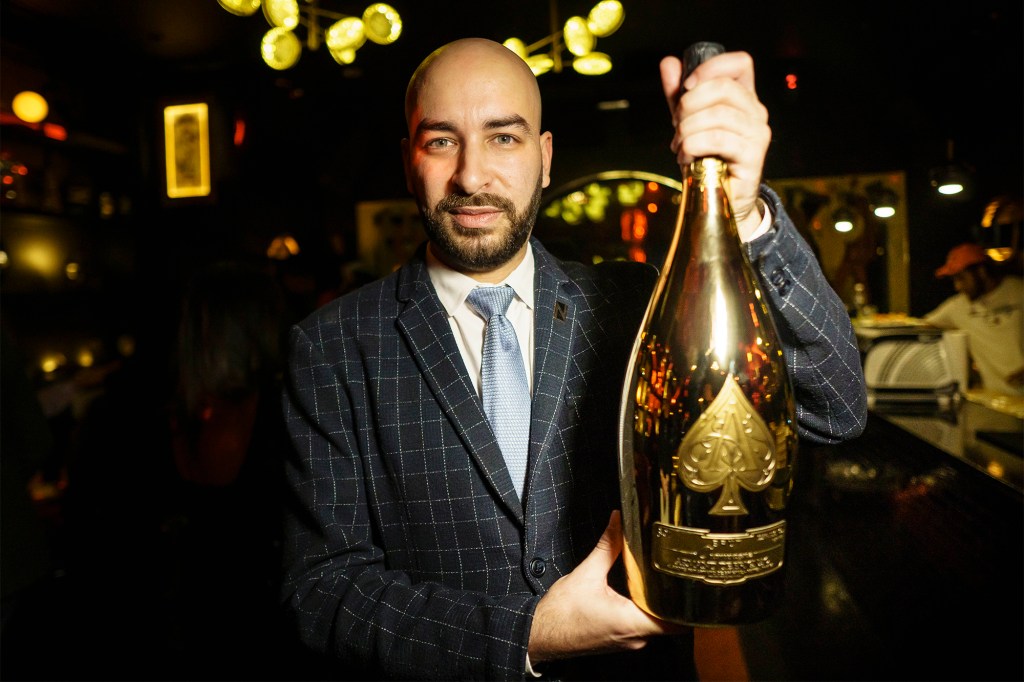 If they’re not strutting their stuff in a flashy ride, they’re heading out for pricey nights on the town. Philip Zelonky, the 31-year-old founder and co-owner of Chelsea’s Noir NY club, has already seen a new level of lavish spending of late. 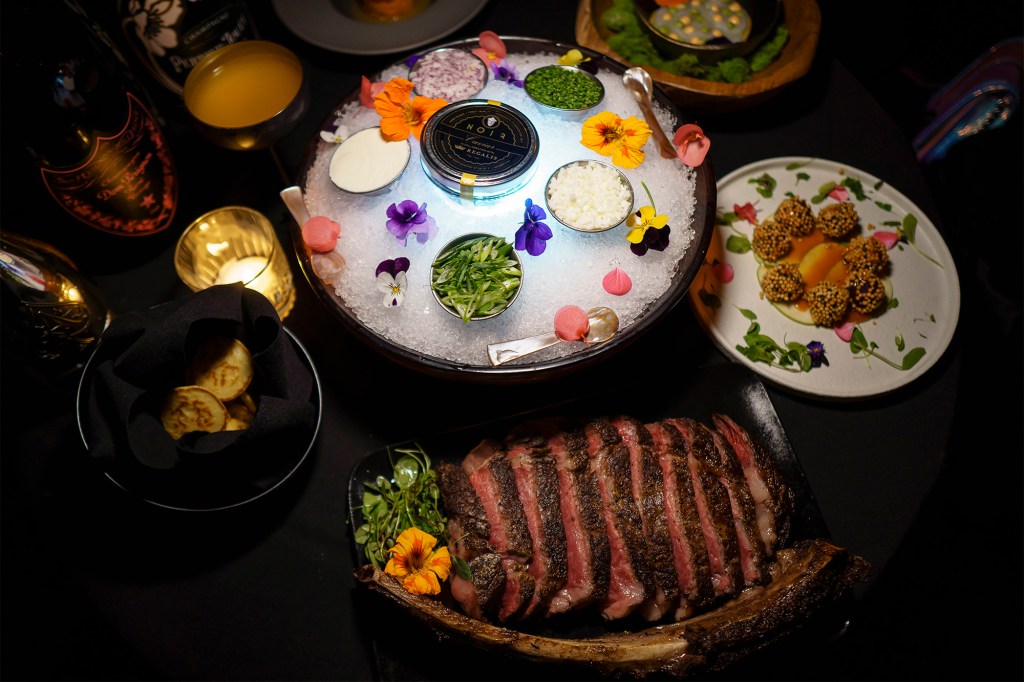 In December, a Wall Street client and several friends headed to Noir NY for, among other things, wagyu steaks and caviar presented with dry ice.Stefano Giovannini

In December, a Wall Street client — along with a handful of friends — spent more than $40,000 in a single night, occupying the club’s most exclusive table, right next to the DJ booth. Not only did their bill include an $8,500 3-liter bottle of Dom Pérignon and 20 bottles of Armand De Brignac Ace of Spades Champagne for a cool $21,000, but they also ordered food. They munched on no fewer than 27 ounces of wagyu steak for nearly $1,000, two sushi boats with caviar in nearly every roll, plus four a la carte orders of caviar, priced at $450 for 4 ounces.

“There’s a combination of people being stuck at home for so long [due to] COVID, and wanting to go out for maybe their first time in a while, and flexing and really kind of living large,” Zelonky said. 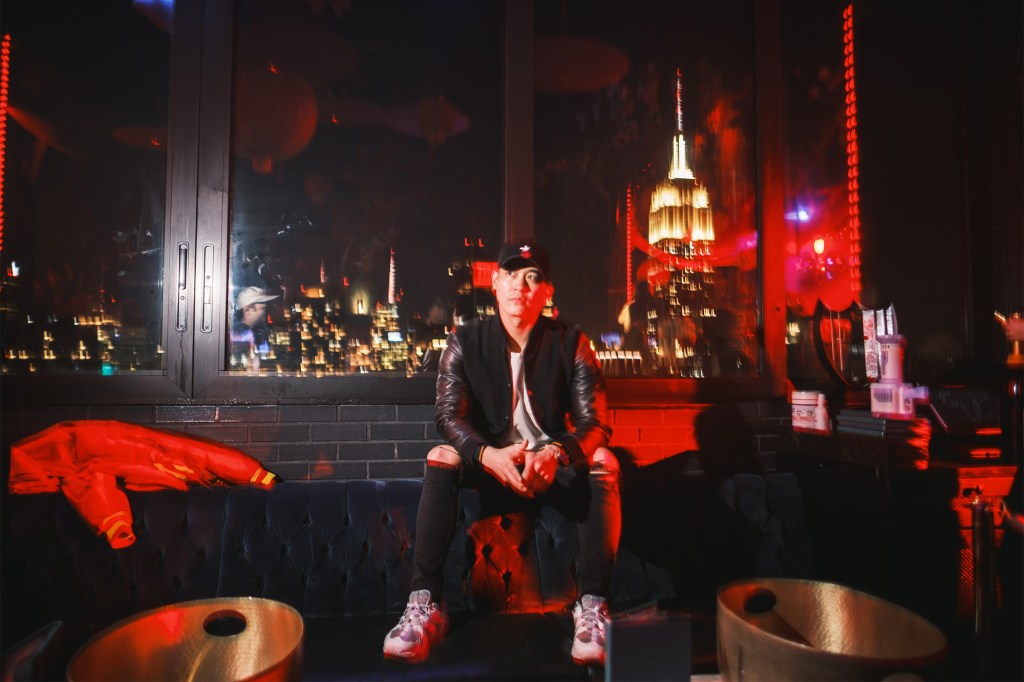 “A lot of the crazy spends that we’ve been getting are from the crypto world” and private equity, said Nathan Leong, 32, managing partner and co-owner of Chelsea’s Somewhere Nowhere lounge. 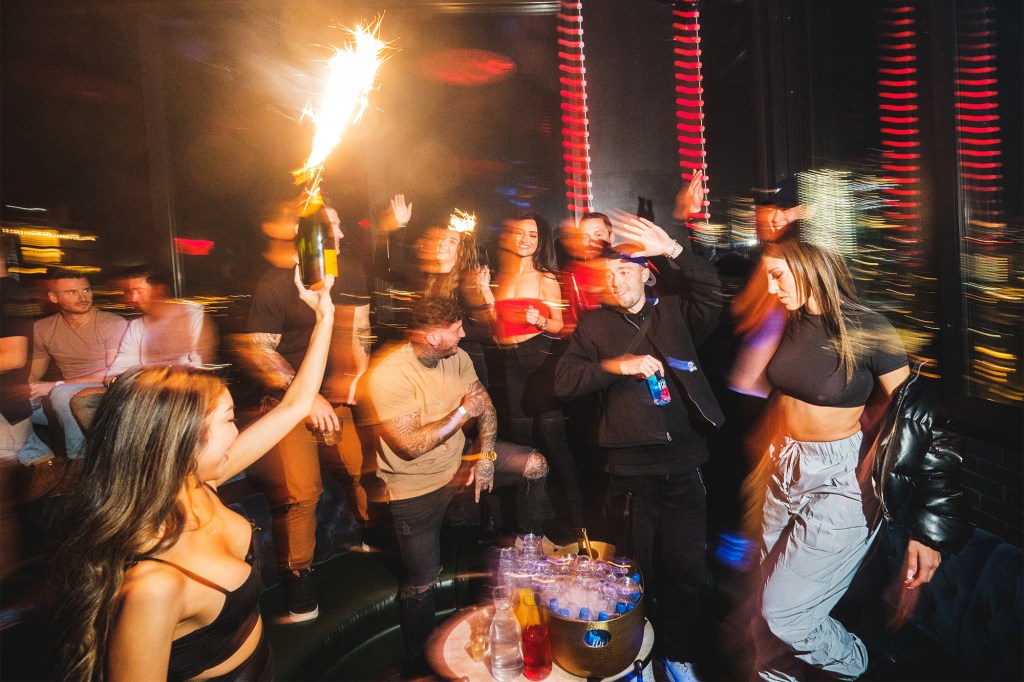 At the summer-opened Somewhere Nowhere lounge in Chelsea, bottles of bubbly with sparklers have wowed guests — and pricey presentations of them, with multiple bottles, have caught the attention of deep-pocketed financiers.Stephen Yang

Such tipples come with serious bragging rights and attention-grabbing presentations featuring beautiful servers, sparklers, bubbles and the like.

Leong said: “We make sure that the whole club sees you.”

Will Biden Take Trump’s Path to Get More COVID Funding?