And just like that, Carrie has a new man.

HBO Max‘s reboot “And Just Like That” has been rough for Carrie Bradshaw (Sarah Jessica Parker). The first episode of the buzzy “Sex and the City” spinoff series began with Mr. Big’s (Chris Noth) tragic death from a heart attack after out a Peloton workout. Their legacy as a couple has also been tarnished by disturbing real-life sexual assault allegations that came out about Noth just after the first two episodes aired.

But finally, there’s a glimmer of romance to light up Carrie’s sad storyline.

Thursday’s season finale of “And Just Like That” (now streaming) ends with Carrie sharing a smooch with her silver fox co-worker Franklyn, played by Ivan Hernandez. It’s a dramatic rom-com movie moment: She takes the initiative and kisses him in an elevator at the end of her first day hosting her own podcast.

Ivan Hernandez plays Franklyn, who shares a kiss with Carrie Bradshaw on “And Just Like That.” Getty Images

Hernandez, 45, has starred as Larry Murphy in Broadway’s “Dear Evan Hansen” and appeared on shows such as “Claws,” “Scandal,” “Criminal Minds,” “Devious Maids” and “Gossip Girl.”

In the “And Just Like That” Season 1 finale, Carrie travels to Paris to scatter Big’s ashes off the side of the Pont des Arts Bridge, which has been present for many significant moments in their relationship and was the spot where they finally professed their love for each other. The episode was going to feature an additional fantasy sequence in which Big appeared to Carrie, but it was reportedly scrapped following the allegations against Noth. 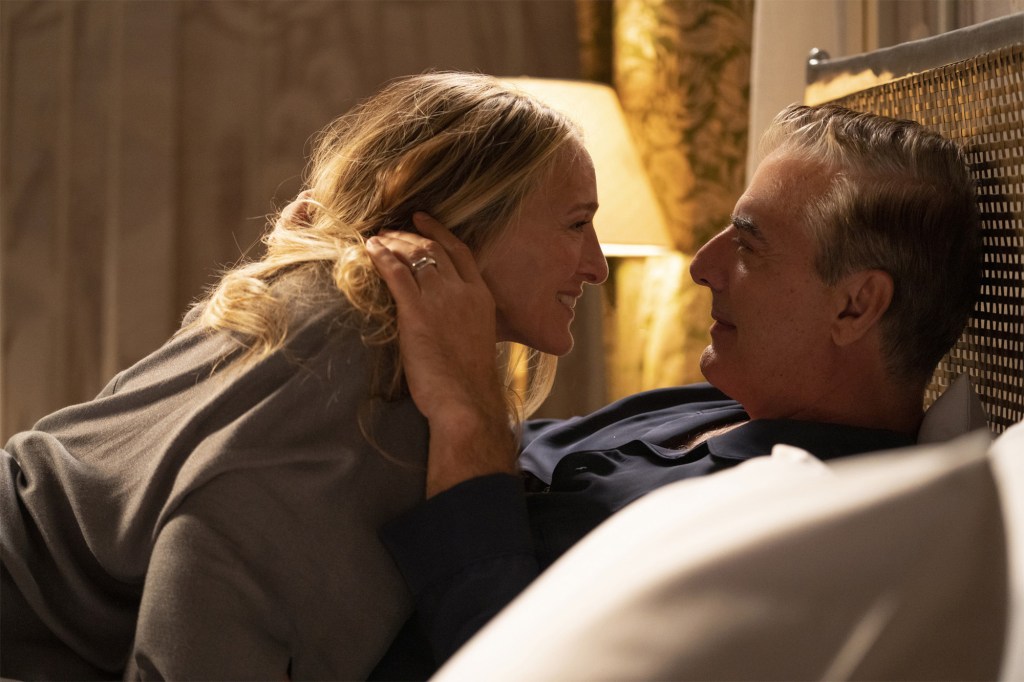 Carrie (Sarah Jessica Parker) cuddles with Big (Chris Noth) shortly before his death on “And Just Like That.” Photograph by Craig Blankenhorn

The scene helps Carrie come to terms with Big’s death, so that she can move on.

She’s had a budding romance with kind teacher Peter (Jon Tenney), who is also recovering from losing his wife. Although she also shares a smooch with him at the beginning of this episode, it wasn’t a date where serious sparks flew.

Her new beau, Franklyn, is a producer on the “X, Y, and Me” podcast that Carrie does with Che Diaz (Sara Ramirez), who is currently TV’s most polarizing character. In earlier episodes, he was largely a background character, laughing at their jokes on the podcast and occasionally chiming in with some guidance. Kind and quietly supportive, he’s traded some quips with Carrie, such as piping up to agree with her that Citi Bikes can be heavy going in the third episode. 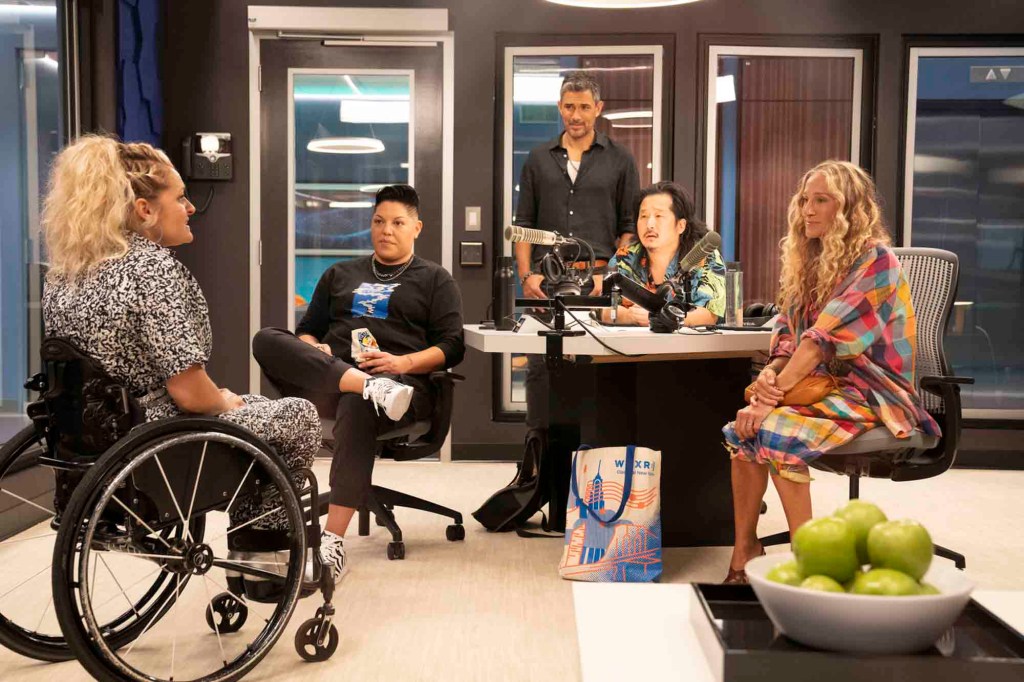 Franklyn is Carrie’s silver fox co-worker who has been quietly in the background at her podcast this whole time.

In the finale, Carrie gets her own podcast, which she calls “Sex and the City.” After she records her first episode, she walks to the elevator and shares a passionate kiss with Franklyn, just before the doors close and the screen cuts to the credits. It seems quite sudden, but Franklyn has been a quiet, steady — and good-looking — presence throughout the season. It seemed like only a matter of time before he and Carrie had a romantic moment.

And there could be more. Parker has said that the likelihood of another season of “And Just Like That” is high. HBO’s chief content officer Casey Bloys recently told Variety, “In terms of viewership, it’s been phenomenal. I couldn’t be happier.”

Can They Survive? What’s Inside? #WhatTheShell