Dolly Parton is revealing how she keeps the spark alive in her marriage to Carl Thomas Dean.

“I like to dress up for Carl,” the country superstar told E! News’ Daily Pop on Wednesday. “Every day, I put on some makeup and fix my hair because I think, ‘Well, the whole world, I’m out here and everybody else sees me all dressed up, and I’m not going to just kind of go home and just flop on him.’”

“Nobody wants to make out with a slouch!” the singer continued. “It’s important for me that I look as good as I can. I think it kind of helps keep things spicy.”

The 76-year-old reflected on how she posed for the cover of Playboy in 1978, which Dean has “always loved.” She revamped the bunny outfit for his 79th birthday in July.

“I thought, ‘Well, I’ll just go surprise my husband and just cook breakfast for him in my bunny suit,’” said Parton. “He got a kick out of it, and evidently a few other people did, too!”

But not every aspect of their marriage is sizzling hot, Parton insisted.

“Every once in a while I see Carl leaned back, snoring in his La-Z-Boy chair and I think, ‘Where is Jolene when I need her?’” she joked, referencing her iconic track about a woman of the same name who she feared might steal her man.

“Come on, you can have him now!” said Parton.

Dolly Parton says she dresses up for her husband Carl, as every day she “puts on some makeup” and fixes her hair.Twitter

The star also confirmed that “Jolene” was based on a real woman.

“I can’t say her real name,” said Parton. “I saw her a few years back and she was broad as a barn, so I didn’t feel so threatened anymore after seeing her. I thought, ‘There’s my revenge!’”

Parton first met the Nashville businessman when she was 18 and he was 21. In September 2020, Parton told People magazine the two still carve out time for date nights.

Goldie Parton first met Carl when she was 18 and he was 21, as she says the two still make time for date nights.Twitter

“We still have our little times, like in the springtime when the first daffodils come out,” said Parton. “Even there’s still some snow around it, my husband always brings me a bouquet. And he’ll usually write me a little poem. Which to me, that’s priceless. That’s like a date in itself.”

According to the outlet, one of their first dates was at McDonald’s. But these days, Parton does the cooking for two. 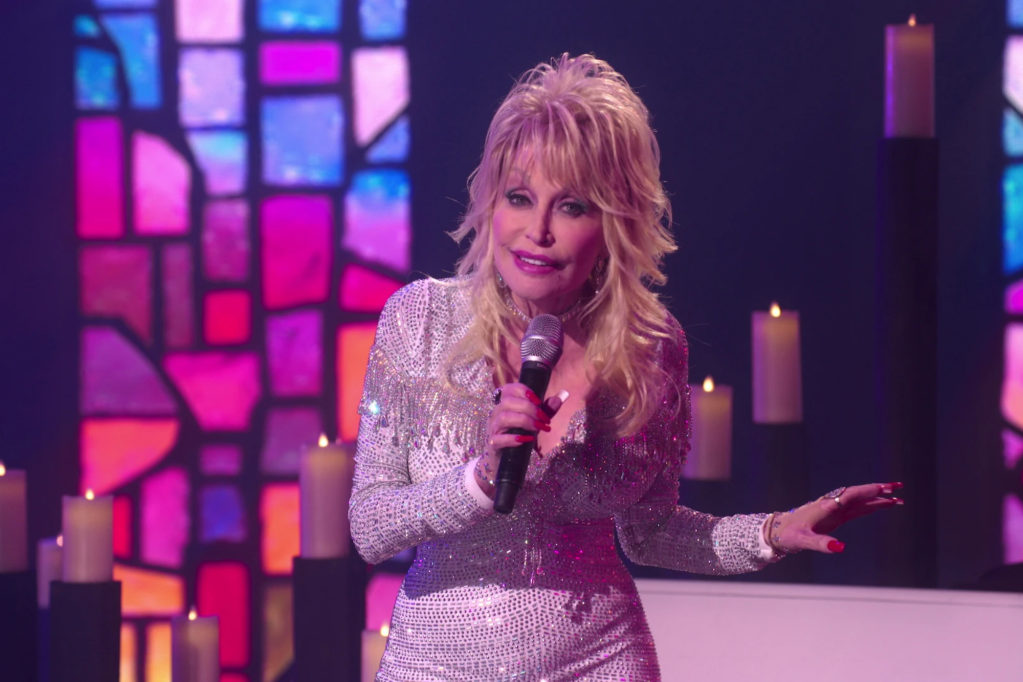 The singer says she’ll go surprise her husband and cook breakfast for him in my bunny suit.creen Grab/CBS ©2020 CBS Broadcasting, Inc.

“I’ll cook the stuff that I know we love,” she explained. “And I pack it up in a picnic basket. And then we’ll go find some riverbank somewhere with our little camper, park, have a picnic. Or we’ll pull up to some little Davis Inn motel, go in as long as the bed’s clean and there’s a bathroom. We just do our little things like that.” 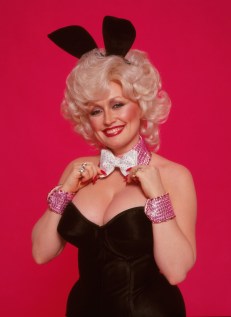 Dolly Parton mentioned how her husband loved the Playboy bunny she dressed up as in 1978, as she revamped the bunny outfit for his 79th birthday in July.Getty Images

“Or I’ll do a candlelight dinner,” she continued. “We don’t make an issue of it. It’s like certain days, you feel a certain way. And I’ll say, ‘I’m going to surprise him. And we’re going to have real cloth napkins and real crystal. I’m going to put the real china out instead of the paper plates we usually eat on because we don’t want to have to wash dishes.’”

Parton also revealed that the secret behind her decades-long marriage is surprisingly simple – being comfortable in her own skin.

“And that’s sexy,” she said. “You may not want to dress or look like me, you can take from that to be yourself. I’m a very passionate person in everything that I do, and I think passion has great sex appeal. I think people are drawn to that because it’s magic. It’s an energy. And I’ve always been a great lover because I’m passionate. I just feel my sensuality, my sexuality, my passion, and I don’t have to apologize for any of that. I’ve never been offensive in any way, never tried to be. Or I’ve never tried to be anything other than just what I am.”