This is your ‘Euphoria’ character, based on your zodiac sign

“Euphoria” — the acclaimed HBO series that shows Gen Z high schoolers living in a well-soundtracked purgatory of drug use, fledgling relationships, face glitter, full-frontal male nudity and other aspirational aesthetics — is back with Season 2.

To celebrate, we’re providing a rundown of the cast as the zodiac signs they embody.

How do the characters of HBO’s “Euphoria” align with their zodiac stars? Here’s your chance to find out.Getty Images/iStockphoto

Marie O’Neill is coming in hot in the season premiere with a 24K manicure, revolver in hand and a vanity plate that reads KITTY. Played by Kathrine Narducci, Marie is Fez’s (ginger dreamboat Angus Cloud) Grandma — and Aries energy personified. Delivering justice with the swing of a crowbar and impulse without apology, Marie exhibits hallmarks of the fiercest of fire signs.

Known for their prodigious tempers, Aries is also remarkably valiant; they won’t abide bullying or the abuse of power — just ask the twin bullet holes she left in Fez’s dad’s thighs. The unlikely hero theme continues with Marie’s adoption of Ashtray (Javon Walton), a toddler left as drug collateral and taken in like family.

Aries honorable mention goes to Ansel Pierce — a k a the full-frontal toilet guy from the Season 2 premiere — for his boldness in pursuit of taking care of business. 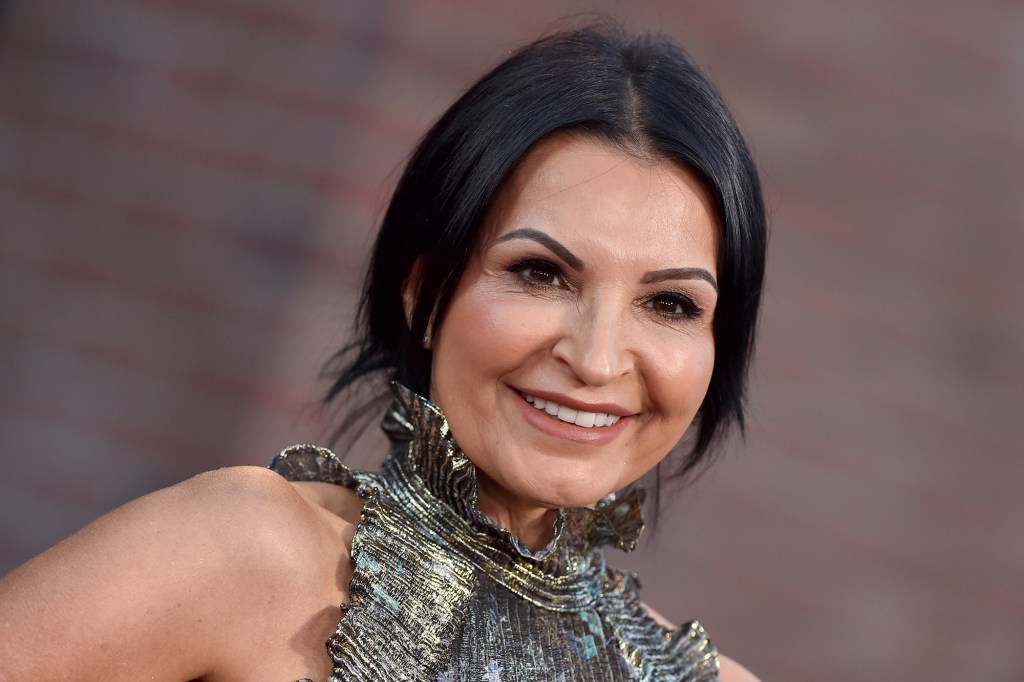 Taurus is ruled by Venus, planet of aesthetics, pleasure and possessions. Enter Kat, played by Barbie Ferreira, who — in addition to excelling in the very Venusian niche of writing smut-forward fan fiction — managed to turn a sex scandal into a power-play and pay-for-punishment empire. Turning sex into bitcoin and bitcoin into a new wardrobe all while making your fortune from the comfort of your own bedroom? Those are what Taurus dreams are made of, my friends.

Taurus honorable mention goes to our boy Fez, who proves his bull nature through unwavering loyalty, preference for loose garments and a voice like how weed would sound if weed could actually talk. 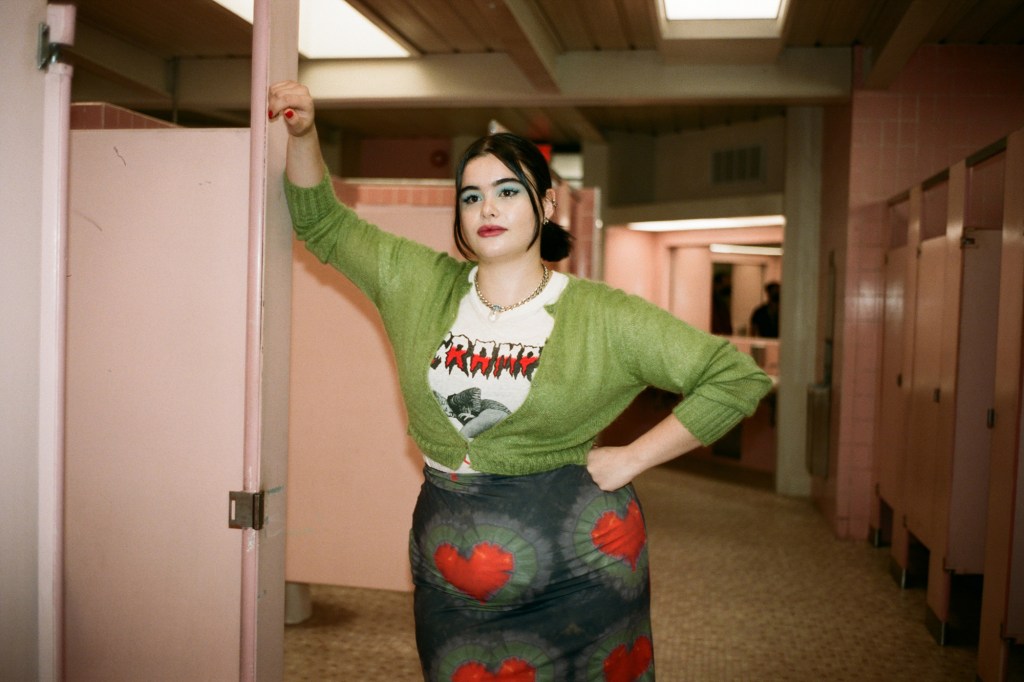 A man of two names and unparalleled soliloquies, Ali is a full-tilt Gemini. While Aquarius buries or obscures their duality, Gemini holds the disparate pieces of themselves together in the same chaotic clutch. They are masters of spinning tales and stretching truths, so it is hard to get one over on a Gemini, barring you can hold their attention.

In Ali, played by Colman Domingo, this quality manifests as an ability to see through Rue (series star Zendaya) while encouraging her to see the other side of her own story and the harm and projection she has dealt onto others — notably Gia (Storm Reid), her long-suffering kid sister, and Jules (Hunter Schafer). Ruled by Mercury, planet of communication, Geminis learn and live through language, a fact proven by this pancake-loving luminary. 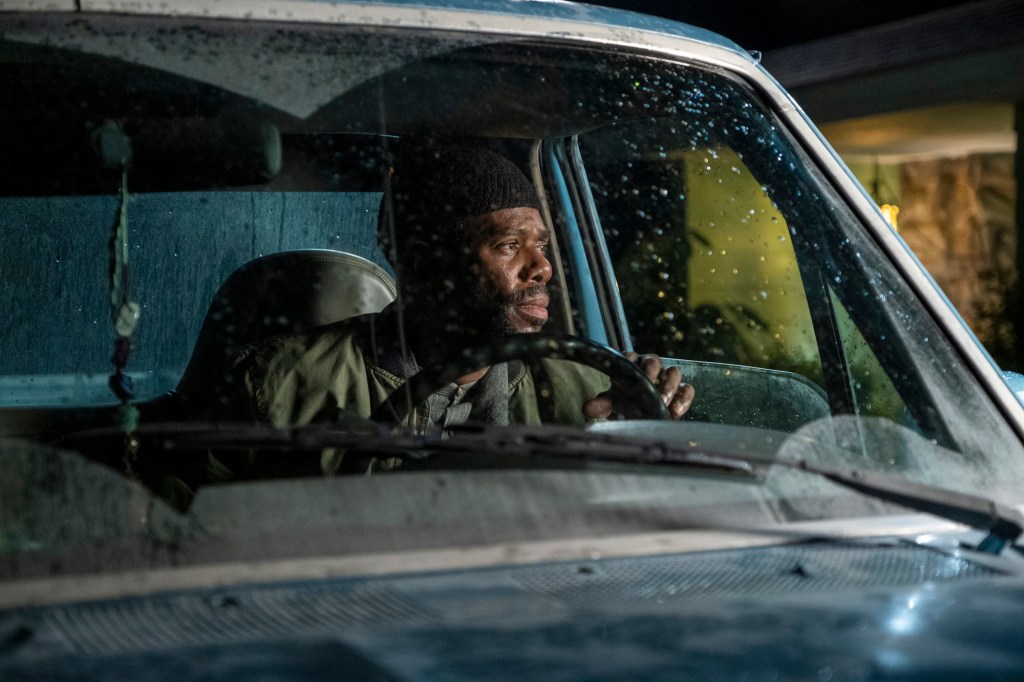 Played by Sydney Sweeney, Cassie is the human equivalent of a Lana Del Rey song and a clear and classic Cancer. Beautiful, delusional, romantic and prone to tears, she represents the wateriest of water signs. As Rue explains: “She fell in love with every guy she ever dated. Whether they were smart or stupid or sweet or cruel, it didn’t matter. She didn’t like to be alone.” Cancers crave companionship at all costs and, with the intimation of a romance brewing between her and supervillain Nate (Jacob Elordi), it seems the stakes have never been higher. 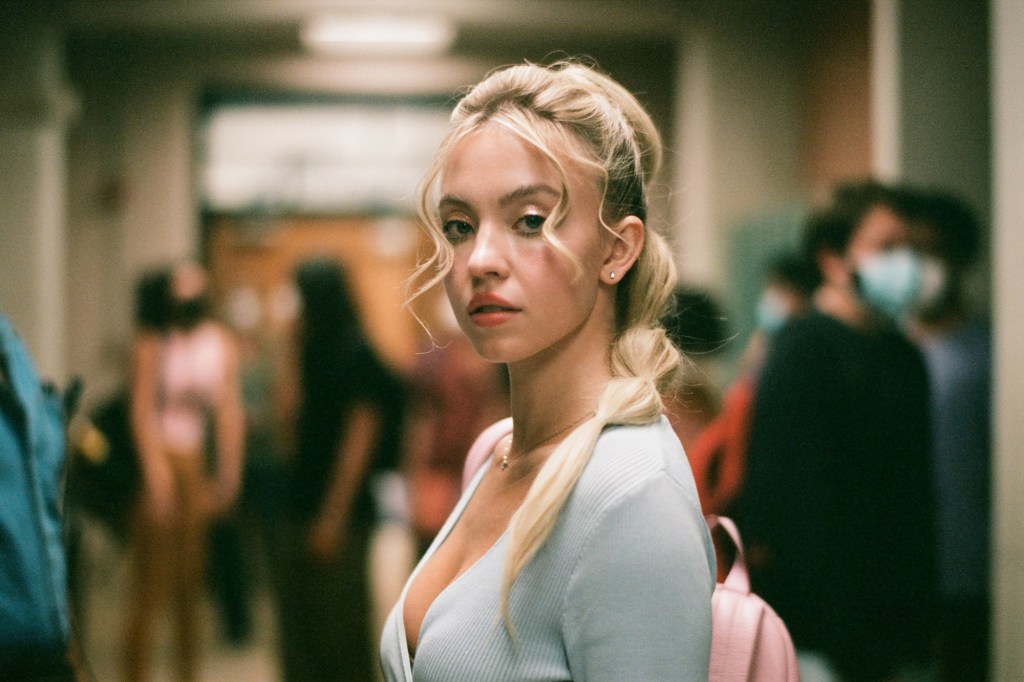 Astrology 101: Your guide to the stars

Who but a limelight-loving Leo has vengeance sex in a pool while an audience of cell phones records the act? Enter our girl Maddy, who doesn’t mind who’s watching so long as someone actually is. Played by Alexa Demie, she doesn’t shy away from a high ponytail or a low neckline — and she ain’t afraid to ask her friends about the normalcy of her nipples.

Perhaps the most Leo moment comes as she leads a blonde bro towards a fated hookup. “You’re so hot,” he tells her. “I know,” she replies — proving once again that vanity is a lion’s favorite sin. 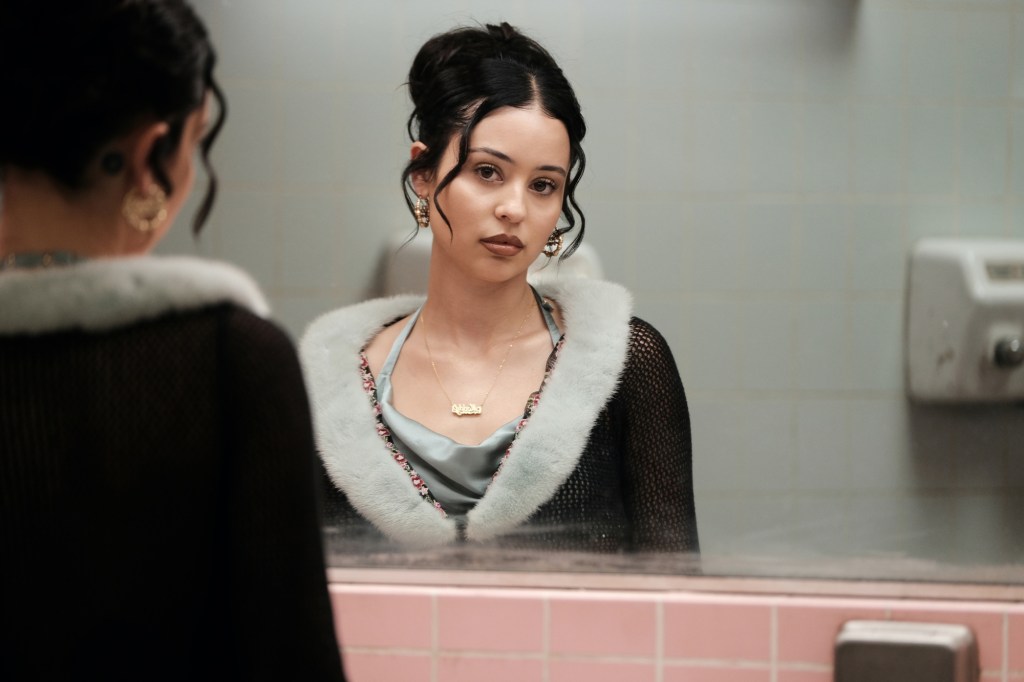 In the series premiere, it’s revealed that Rue was born Sept. 14, 2001, making her an undisputable Virgo. Ruled by Mercury, the planet of communication, Virgos process and distill information quickly and efficiently. A mutable earth sign, Virgos like Rue are highly analytical, often turning their laser observations inward to a punishing degree.

We see those qualities expressed in Rue, our hilarious and heartbreaking narrator who medicates her racing mind with substances and an obsessive love for Jules. Virgos are painfully loyal and given to believe they know what’s best for the people they love and, most of all, themselves — even when they are unequivocally wrong.

Architects of their own destruction, Virgos struggle with feeling inferior and wanting to be better, fuller, more lovable. Cue Rue clapping back at Nate in the Season 1 finale, shouting, “You gonna ruin my life? I f–kng promise you I can do that a lot better than you can.” Besting your lessers at your own takedown? Big-time Virgo vibes.

Rue is brought to life by Zendaya, herself a Virgo, proving that it takes one to play one, folks. Honorable Virgo mention goes to Lexi (Maude Apatow). 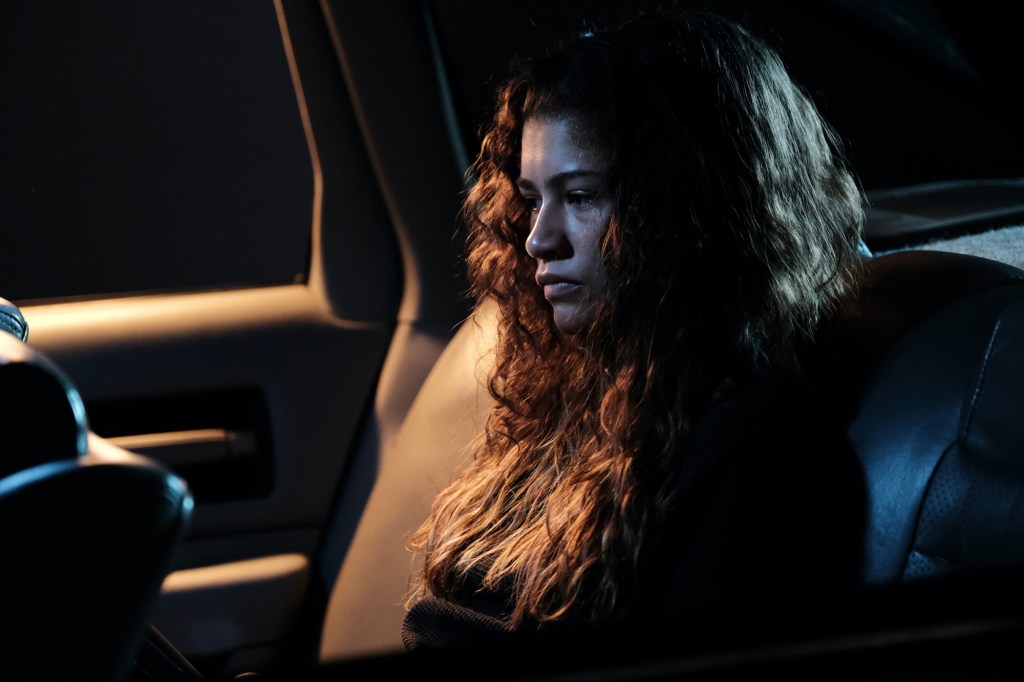 Zendaya brings Virgo vibes to her portrayal of Rue BennettHBO

New kid on the block, and drugs on the washing machine Elliot, played by musician Dominic Fike, made his debut in the first episode of Season 2. He’s good-looking, bad-behaving and the first sentence he speaks is a lie – the holy trinity of Libra, folks. Already there’s a sense that the chemistry and chemical commonalities between Rue and Elliot could equal challenges for her and Jules. As a Cardinal sign, Libra heralds the beginning of a new season and with it the initiation of serious change. As Zendaya explained to Entertainment Weekly, Elliot “is a beautiful addition to this triangle, because he’s also a catalyst for so much that’s gonna come to a head, and without his character kind of cracking that open, there’s a lot of changes within these characters that wouldn’t happen and need to happen. And a lot of realizations that wouldn’t be made without him coming into the fold.”

Welcome to the home team, Elliot. 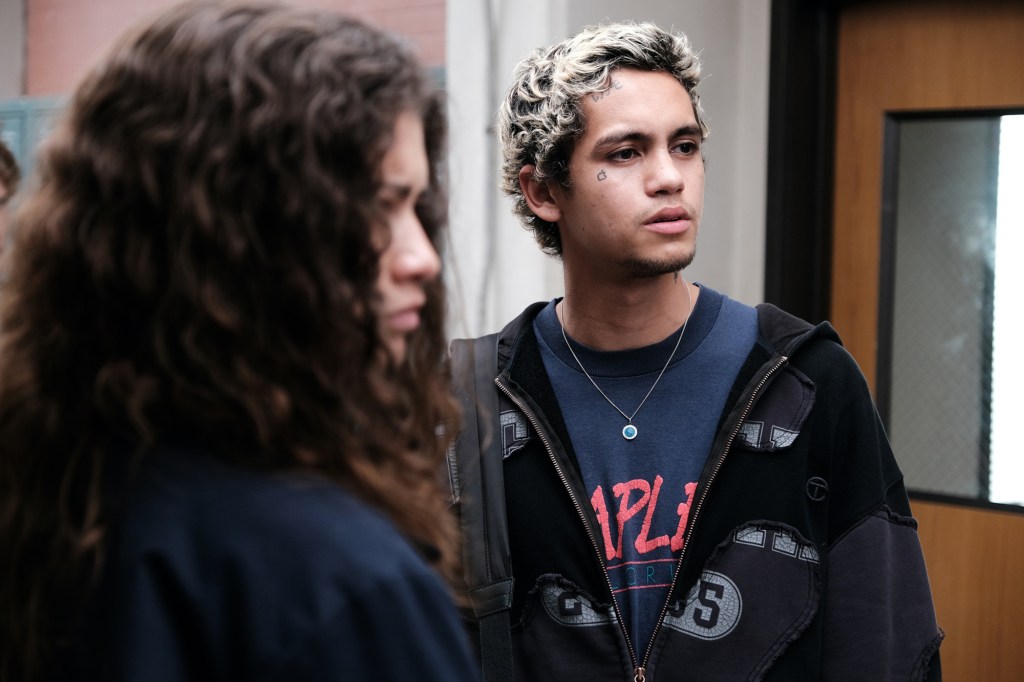 There’s a false but metaphorically potent urban legend stating that, under threat, a scorpion will sting itself to death rather than fall victim to an outside force. For your consideration, I bring you the final episode of Season 1, wherein Nate’s rage, daddy issues and athletic prowess collide as he beat the s–t out of himself. Elordi, who plays Nate, describes his character as an “emotional terrorist, a narcissist, a sociopath, a freak.”

Indeed, at its darkest, Scorpio energy is diabolical, exploiting the pain of others in an effort to exert dominance and maintain control. Cue Nate catfishing Jules, threatening Rue, assaulting Maddy and forcing another dude to take the rap for it.

And yet, like all villains, there’s an inscrutable intrigue to Nate. Blame it on the jawline and the complexity of his draconian antics: we just can’t look away. 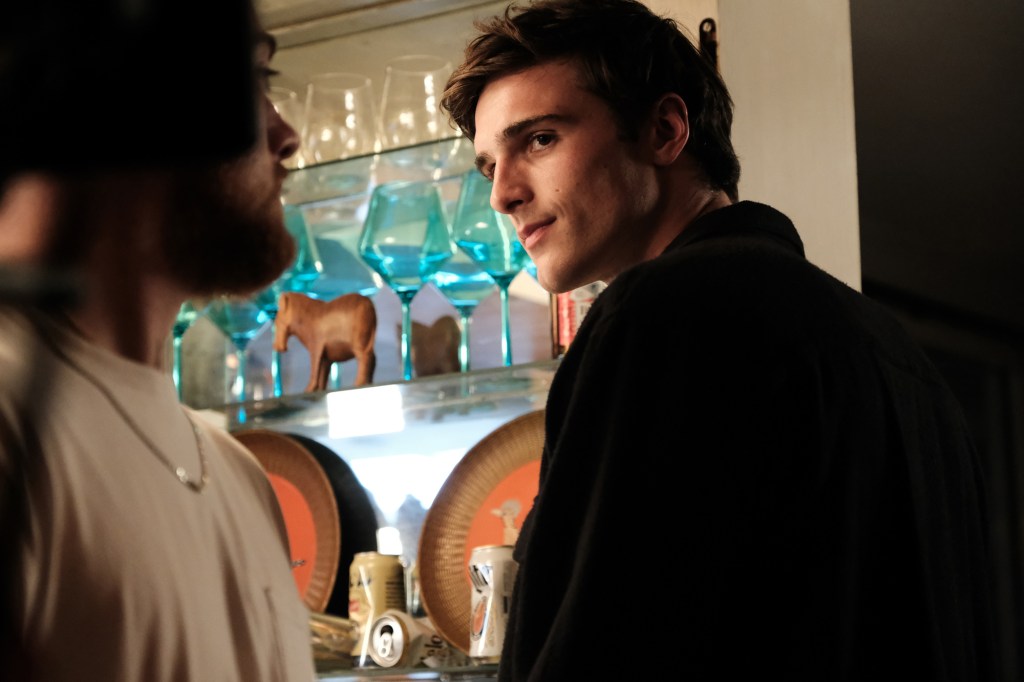 The essence of Sagittarius energy is best expressed by the Braveheart war cry/death rattle of “Freedom!!!” A Sagittarius would choose death over containment and cutting bait over commitment, modalities exhibited by Jules, the ethereal object of Rue’s desire played by Schafer. Sagittarians are ruled by buoyant, dice-throwing planet Jupiter and have a penchant for experimental eye makeup and risky behaviors, like meeting old dudes in questionable hotel rooms and getting tangled up with drug-users struggling to get sober and sociopaths struggling with their daddy issues.

Much of this risk-taking is rooted in an innate op,timism that tells native Sagittarians that all shall be well, so long as they never look back or stand still on the train platform. 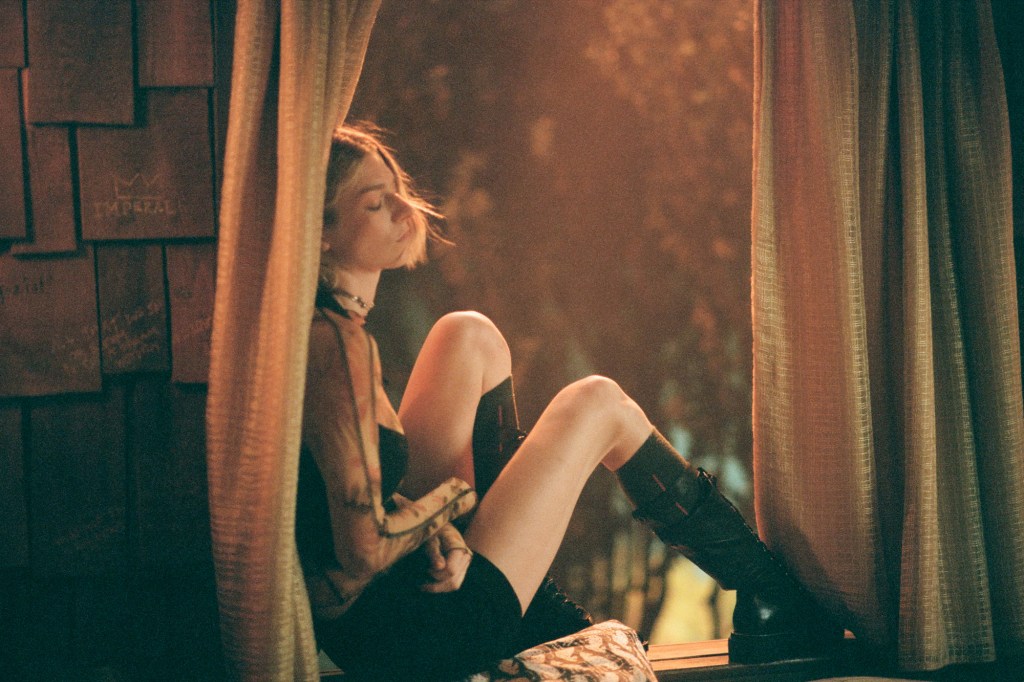 Capricorns are ambitious and stoic with a curious habit of aging in reverse. They tend to experience rough and tumble childhoods where they are made to grow up fast, an acceleration of adulthood that prepares them for a long, hard climb to the proverbial top. Enter Ashtray, a pint-sized, profanity-spewing drug-pusher with face tats and swagger that belie his prepubescence. Capricorn nature is distilled in Ashtray’s real talk to Rue: “I’m just trying to stack my cash, pay off our mortgage. So what the f–k you want?” 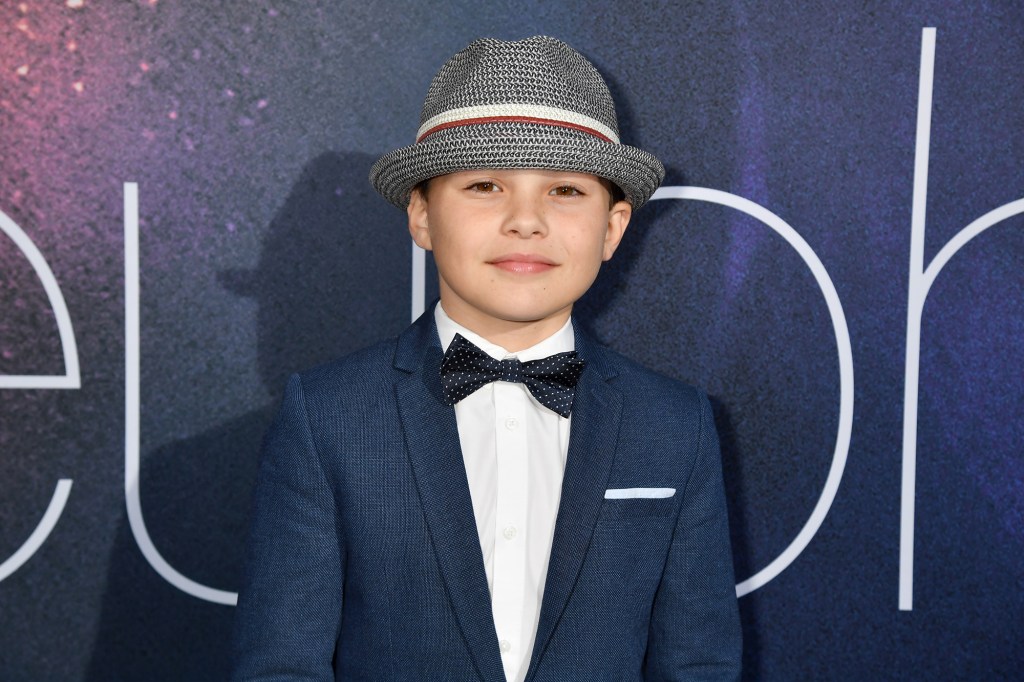 Emotionally detached and calculating with base notes of cult leader, Cal Jacobs — played by Eric Dane — is a quintessential Aquarius. One of the few zodiac signs with two planetary rulers, Aquarius is the domain of stern, punishing Saturn and freewheeling, rabble-rousing Uranus. We see these two energies at work and at war in Cal who is at once a demanding father/community pillar/model citizen and a deceitful man with a dangerous secret. As he explains, “I spent my whole life trying to keep this part of me separate. But I feel like it’s poisoned everything.”

Aquarians like Cal often adopt a persona or a veneer of perfection wholly disparate from their authentic selves and true desires. 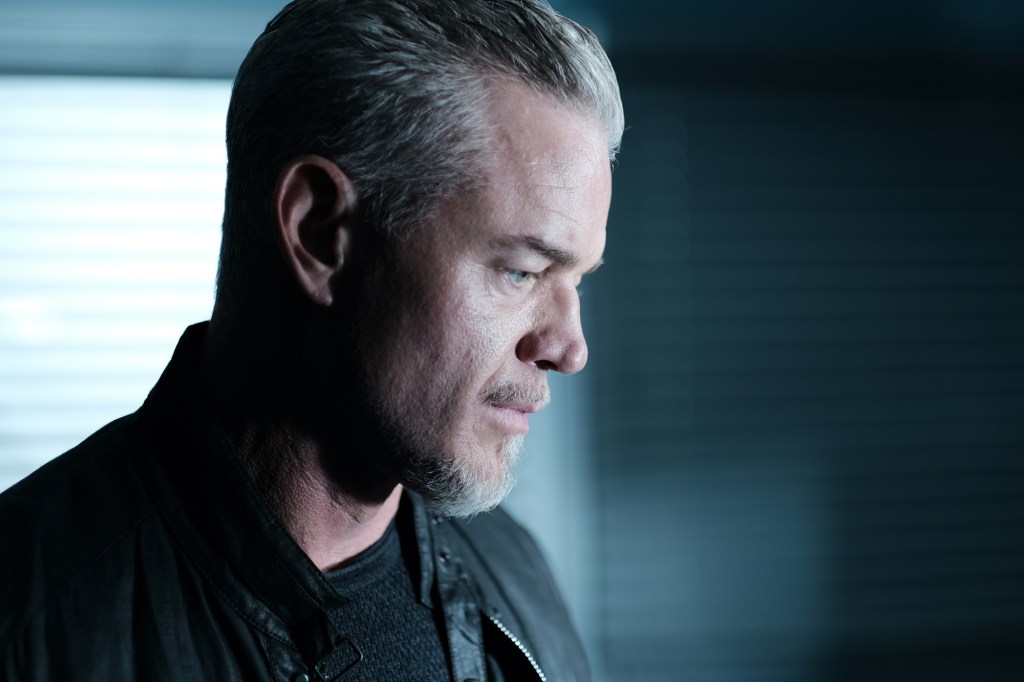 A single scene in Season 1 solidifies Suze Howard, played by Alanna Ubach, as an apex Pisces. Swigging wine and slurring words at the dinner table, she asks Rue, “How was rehab? Did you meet any cute guys there?” Those two questions perfectly encapsulate the escapist energy of Pisces, and while love is the preferred drug of this, they’re willing to settle for warm, boxed chablis.

Honorable Pisces mention goes to Faye, who embodies an “if love is a drug, watch me shoot smack into my crotch in a stranger’s backseat” vibe and is played by newcomer and adult film actress Chloe Cherry. 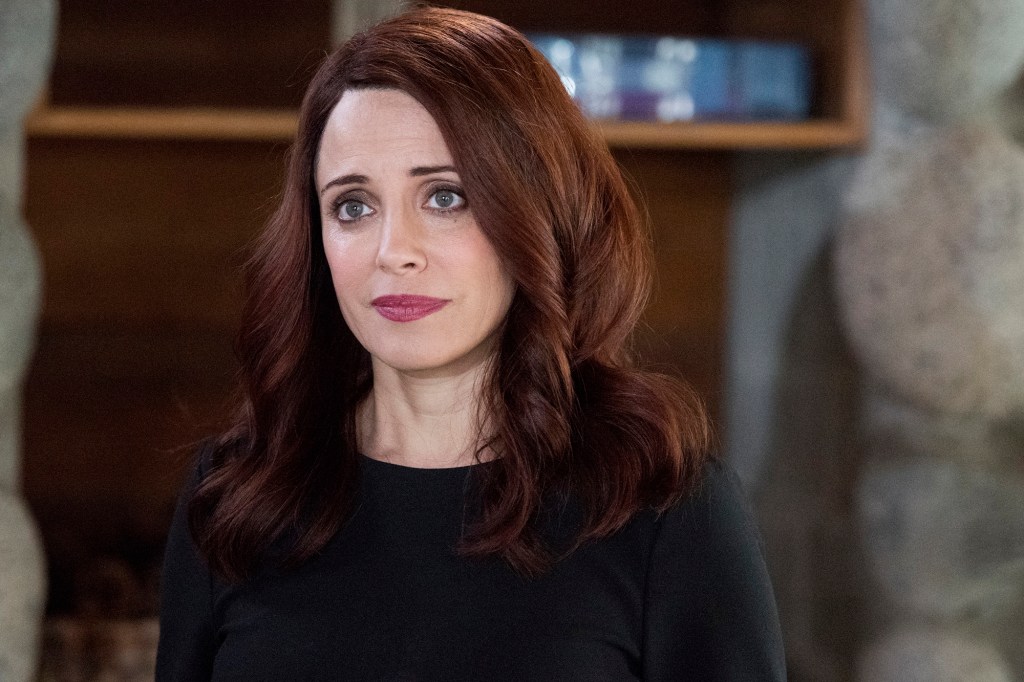 Even when change comes at Apple, nothing really changes

Barcelona in January: Why it’s the Best Month to Visit