Reigning FedEx Cup champion Cantlay shoots second-round 68 at Nicklaus Tournament Course; Tom Hoge one shot further back, while Will Zalatoris is one of five players in a tie for third place after an 11-under 61 – watch live throughout the week on Sky Sports Golf

Patrick Cantlay survived two bogeys in his final nine holes in gusting wind to card a four-under 68 and claim a one-stroke lead after round two of The American Express, with Will Zalatoris in a tie for third after a birdie-laden round.

Reigning FedEx Cup champion Cantlay moved to 14-under for the week, leading Tom Hoge by a shot. A five-way tie for third at 12-under includes Zalatoris, who fired an 11-under 61 after birdieing his last seven holes.

Golfers at The American Express will play one round at three different courses – La Quinta Country Club, the PGA West Stadium Course and the PGA West Nicklaus Tournament Course – before the final round returns to the Stadium Course following a 54-hole cut.

Joseph Bramlett, playing in the last group off the 10th tee at La Quinta, bogeyed the final two holes in strong wind for a 67 to drop into the five-man tie for third spot.

Following his opening-round 62 at La Quinta Country Club, Cantlay played the Nicklaus Tournament Course on Friday, making six birdies and two bogeys, including a three-putt at No. 8.

Now Cantlay must play his final two rounds on the Stadium Course, considered the most challenging of the three.

In last year’s edition of the event, the 29-year-old carded an 11-under 61 in the final round to finish in second.

Cantlay added: “It’s a golf course that suits my game. We’ll see how it plays with the increased wind and if you drive the ball in the fairway, you get a lot of chances.”

Hoge, who is yet win on the PGA Tour, played the Stadium Course in his second round and posted a bogey-free, six-under 66 to move into second place. Hoge has 13 birdies and no bogeys after two days.

Zalatoris, the 2021 PGA Tour Rookie of the Year, matched his career-low round of 61 set earlier this season at the Sanderson Farms Championship. 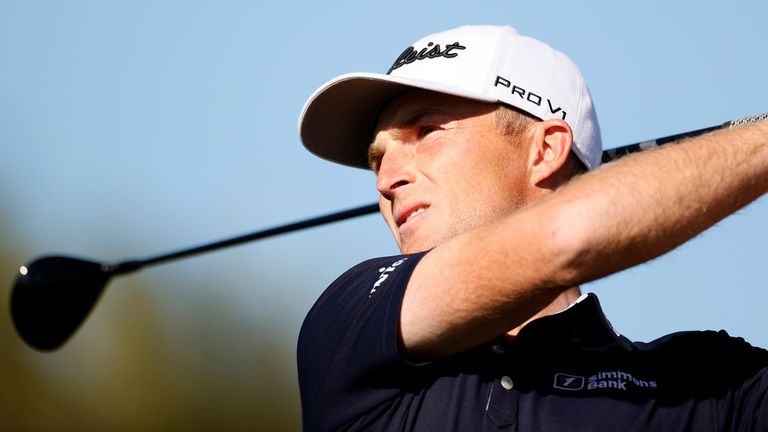 Starting on the back nine at the Nicklaus Tournament Course, Zalatoris made the turn in 32 before rattling off birdies on his final seven holes for a 29.

He wrapped up with a birdie on the par-four ninth hole despite hitting a wayward tee shot that ended up in an adjacent fairway.

World No. 1 Jon Rahm posted a two-under 70 at the Nicklaus Tournament Course, tying him for 32nd at eight-under. Phil Mickelson is 155th in the 156-man field, at seven over, following a 73 at Nicklaus.

Watch The American Express throughout the week live on Sky Sports. Coverage continues on Sky Sports Golf from 4.30pm on Saturday.

US and Germany working in ‘lockstep’ on Ukraine crisis: Biden | Ukraine-Russia crisis News

My Smear Test Came Back Abnormal, Now What?