Billionaire financier Leon Black has accused his Apollo co-founder Josh Harris of forging a ‘malicious smear campaign’ in a failed attempt take over the investment firm by working with a Russian model – who accused him of rape – to plant negative stories in the press.

For months, Black has claimed that ‘someone secretly bankrolled’ Guzel Ganieva, 38, – who made the rape allegations early last year – in order to stage a coup to oust him from Appollo Global Management.

Ganieva alleged that Black is a ‘violent, sadistic,’ sexual predator who raped and harassed her then coerced her into signing an non-disclosure-agreement. She went on to file a lawsuit against Black in June.

The allegations were detailed in a new motion filed in court this week as Black, the 70-year-old friend and client of sex offender Jeffrey Epstein, continues to fight civil claims  against Ganieva.

Black resigned from Apollo last March after an internal review found that had previous business ties with Epstein, and that he’d paid the convicted sex offender $158 million in fees for ‘professional services’.

In the filing, Black names Harris as one of the mysterious financiers who backed Ganieva’s litigation after losing ‘a multi-billion-dollar succession fight’ to replace Black as Apollo’s CEO last year. He left the company in June after being passed over for the top job.

In the filing this week, Black states that Harris was ‘enraged’ that Apollo passed him over for the CEO position, so he then ‘forged ahead with a malicious campaign to take Mr. Black down.’ 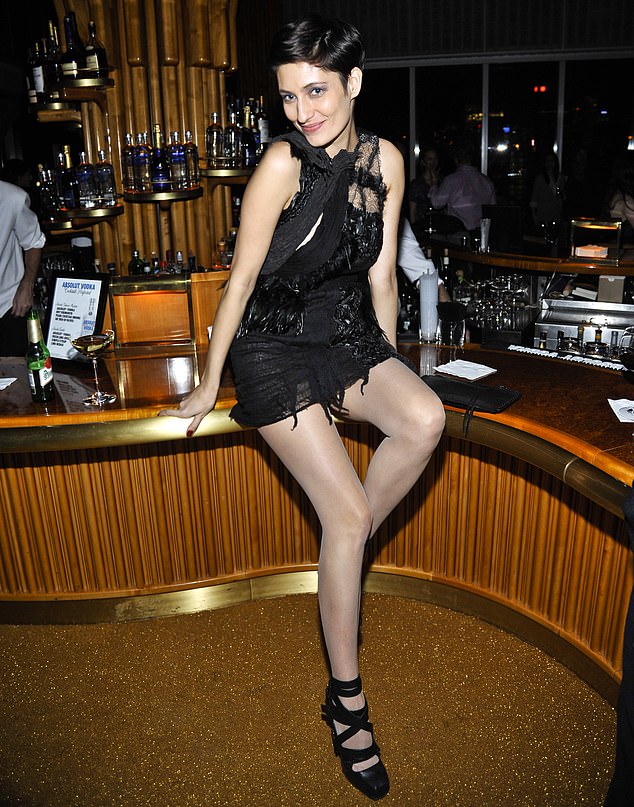 Model Guzel Ganieva, 38, (pictured) accused Leon Black, 70, of trying to drive a ‘wedge’ between her and the Wigdor LLP law firm with a defamation suit 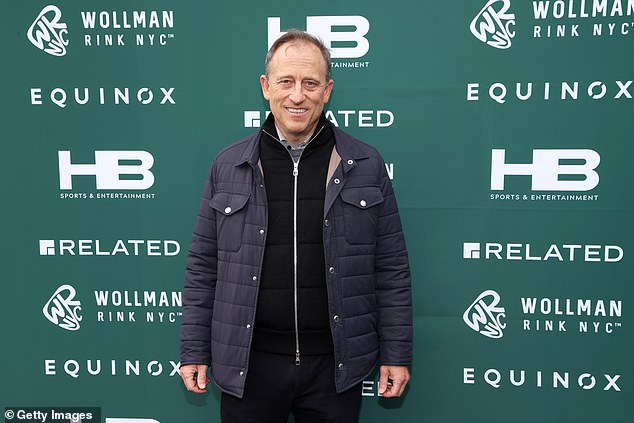 In the filing this week, Black names Apollo co-founder Josh Harris as one of the mysterious financiers who backed Ganieva’s litigation after losing ‘a multi-billion-dollar succession fight’ to replace Black as Apollo’s CEO last year. He left the company in June after being passed over for the top job

The filing states that Harris worked with public relations specialist Steven Rubenstein to plant negative stories in the press about Black as part of the alleged smear campaign.

Black’s attorneys are now attempting to subpoena phone records for Rubenstein and Ganieva, insisting that the documents could ‘show communication between Ms. Ganieva’s camp and Mr. Rubenstein’s camp—between his accuser and the public relations team that works for his archrival—further demonstrating that Ms. Ganieva’s claims are nothing but fabrications stitched together from whole cloth.’

‘It is not a stretch,’ Black’s lawyers added, ‘to infer that someone with very deep pockets is supporting her and/or this lawsuit. Mr. Black is entitled to probe and prove up that inference.’

A representative for Harris told Fortune that the the accusations are  ‘desperate and absurd.’

An attorney for Rubenstein said the PR specialist has ‘absolutely no relationship’ to Ganieva.

In a lawsuit filed in June, Ganieva accused Black of being a ‘violent, sadistic’ sexual predator who raped and harassed her then coerced her into signing a non-disclosure-agreement.

Black has denied the accusations, stating he and Ganieva had engaged in a consensual affair starting in 2008 until 2015 – when he claims she extorted him by threatening to take their relationship public if he did not pay her $100million.

She also alleged that the married tycoon, whose net worth is estimated at $10.5 billion, tried to arrange a sexual encounter between her and Epstein in 2008. Epstein killed himself in jail in 2019 while awaiting trial for a slew of sex-trafficking charges. 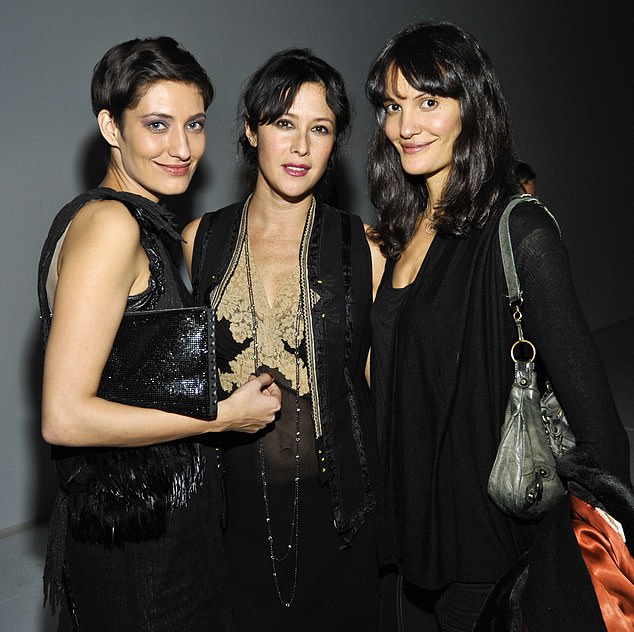 Guzel Ganieva has accused Black of rape and a long-standing history of sexual abuse. Ganieva is pictured (left) with friends Natane Boudreau and Claudia Mason in 2011 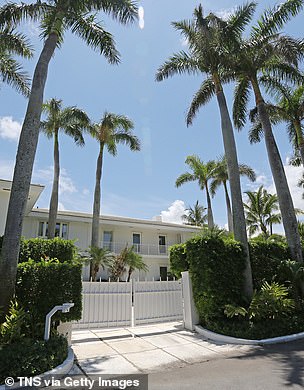 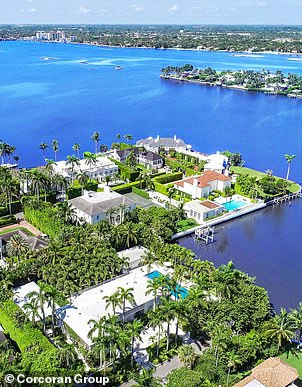 In his defamation suit, Black accused Ganieva and Wigdor LLP of engaging in a ‘criminal enterprise’ where they employed an unnamed financing source and public relations representatives to extort him and destroy his reputation.

In seeking a dismissal of Black’s claims, Ganieva and the Wigdor law firm denied conspiring against him.

‘Simply put, there are no ‘funders’ or ‘flacks,” the law firm said, using a term for PR representatives.

Susan Estrich, a lawyer for Black, in an interview on earlier this month said her client had offered ‘incontrovertible evidence’ against Ganieva’s claims, and her ‘scurrilous claims have no purpose other than to humiliate and embarrass Mr. Black with lies.’

Both lawsuits stem from a relationship between Ganieva and Black from 2008 to 2014, and which Black has called consensual but ‘regrettable.’

Ganieva has accused Black of forcing her to sign a nondisclosure agreement, and defaming her by claiming she tried to extort him.

Black had previously admitted to having a six-year affair with Ganieva, which he claims was consensual, and said he paid Ganieva $100,000 a month for 15 years not to discuss the relationship.

But the financier, who is married to Broadway producer Debra Black, has denied all of the sexual abuse claims made against him.

After filing her initial lawsuit in June, Ganieva amended it in September to include the accusations of a second woman, referred to only as Jane Doe, who alleged she was violently raped by Black in Jeffrey Epstein’s New York residence in 2002. 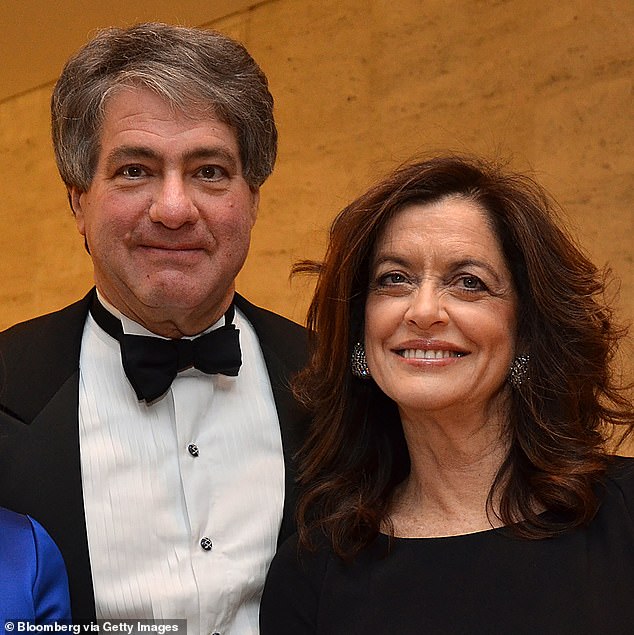 Leon Black, who is married to broadway theatre producer Debra Black, (pictured together) has refuted all of the sexual abuse claims made against him.

Ganieva’s legal team said Jane Doe’s experiences show that ‘contrary to Black’s version of events that he knew ‘nothing’ about Epstein’s sexual wrongdoing, as alleged, Black was perpetrating his own sexual crimes at Epstein’s home as far back as 2002.’

Going a step further, the motion alleges that Black had a, ‘long-standing relationship with Epstein for years…. that involved arranged massages with women for money at Epstein’s home.’

According to the amended suit, the Jane Doe met Epstein ‘sometime around 2000,’ when she was introduced by an acquaintance, a Ukrainian woman.

Jane Doe alleged that a short while into her association with Epstein, she was violently assaulted by Black after he instructed her to give him a massage at Epstein’s NYC home.

The suit claims that a ‘huge’ Black, standing more than 6ft 4in and weighing more than 300lbs, brutally raped her before paying her off.

Jane Doe is described as a single mother of ‘limited financial means’ and, it is alleged, Black, ‘believed that his money could…silence [her] and nullify his behavior.’

Black has publicly regretted his involvement with Epstein, who killed himself in a Manhattan jail in August 2019 while awaiting trial on sex trafficking charges.

Earlier this year, Black stepped down from Apollo after an outside independent review found he had paid Epstein $158 million for tax and estate planning, though was not involved in Epstein’s criminal activities.

Which Is The Better Laptop Series?