Barcelona in January: Why it’s the Best Month to Visit

Although Barcelona in January may not be as much of a hot-weather destination, it still provides blue skies and is one of the lushest seasons to visit. In January, you will find that the city is a lot quieter, meaning you get to enjoy the tourist retreats in their quiet season and experience Barcelona like a local rather than a tourist.

You will find that everything is a bit cheaper too, from your flights to general travel around the city, to your accommodation, shopping sales, and even deals across restaurants.

If you’d prefer to visit in December, check out our guide on celebrating Christmas in Barcelona like a local.

The January weather in Barcelona is always going to be better than that of the UK. The temperature in January averages at about 16ºC during the day, usually with the sun shining bright. The temp usually only drops to around 10ºC at night, meaning you will be sorted with one warm jacket and a few jumpers! Rain is unlikely however, with an average of only five days of rain during January.

Things to do in Barcelona in January

Check out the main tourist attractions in Barcelona that you may be too busy to view in the coming months. Barcelona hosts some of the most incredible architectural structures, designed by some of the most famous architects in the world, such as Gaudí.

This is a must, one of the most famous tourist attractions in Barcelona and the world. Incredible on the inside as it is the outside, with over four million tourists coming to see this annually you have to see this place for yourself. 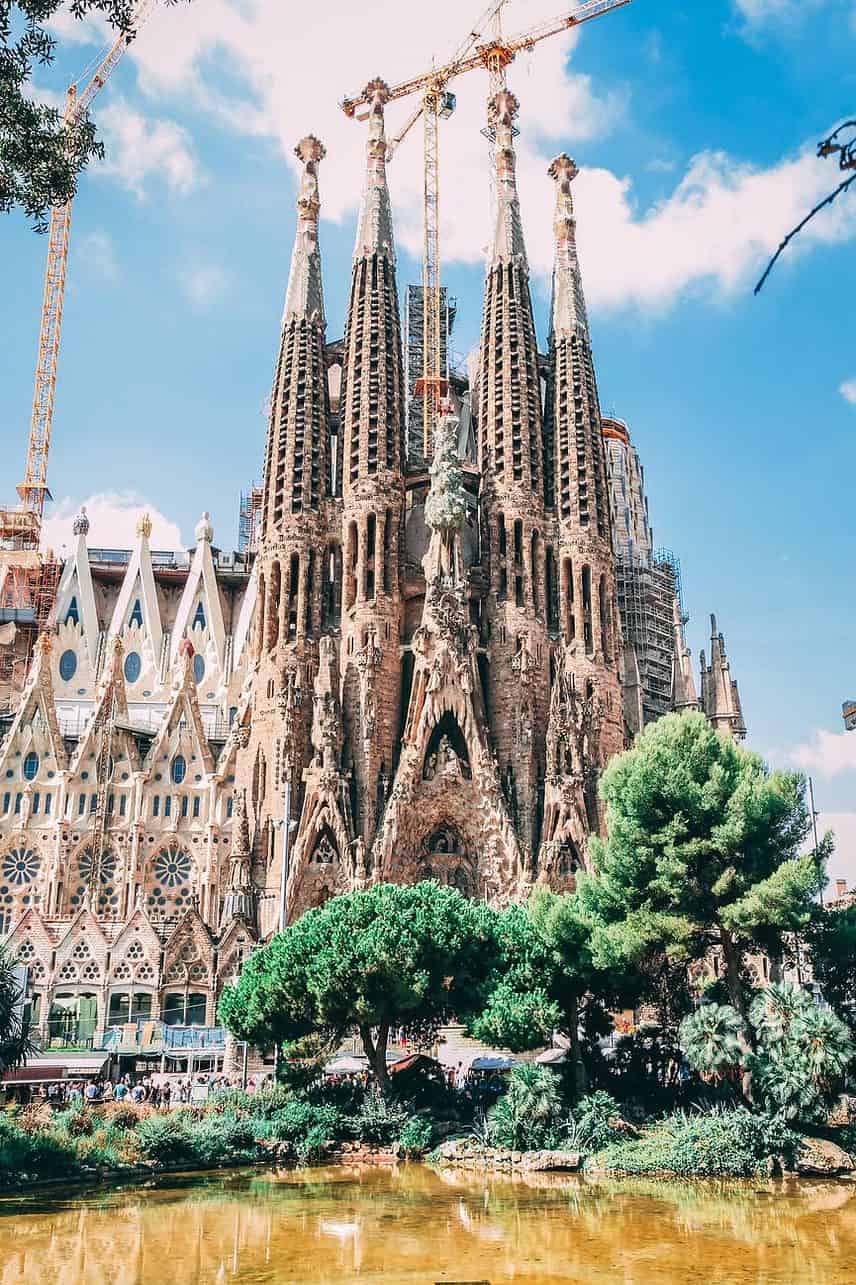 The Sagrada Familia in Barcelona

Another of Gaudí’s works, this vibrant mosaic park is another must- see. It is surrounded by a beautiful lush green environment making it the perfect place for a day visit or to roam around for a few hours.

Book your entrance ticket online before you go! 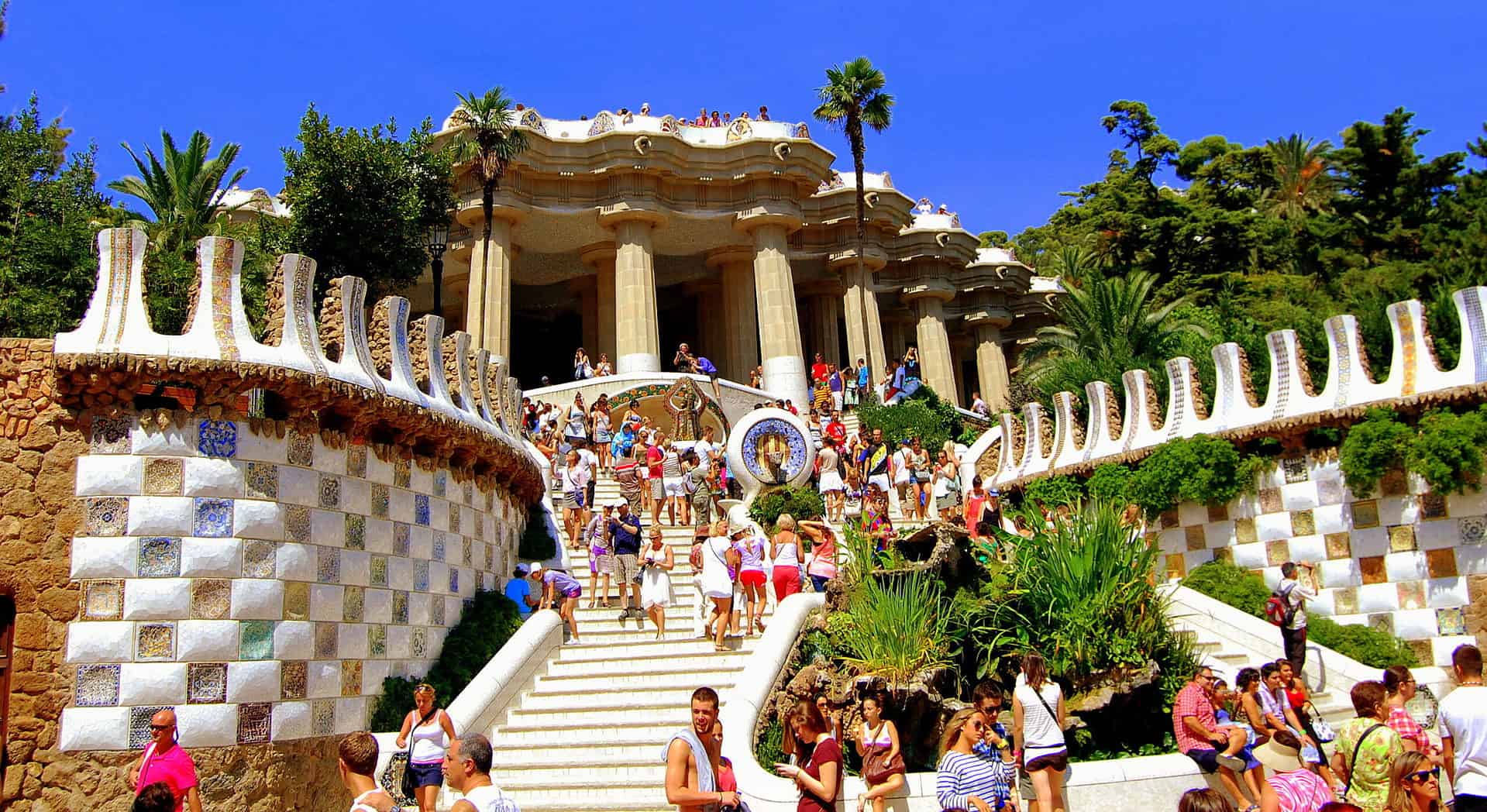 This is another beautiful piece of Gaudí, found down the passeig de Gracia, with a bone like facade. Book this immersive 10D experience of Casa Batllo. 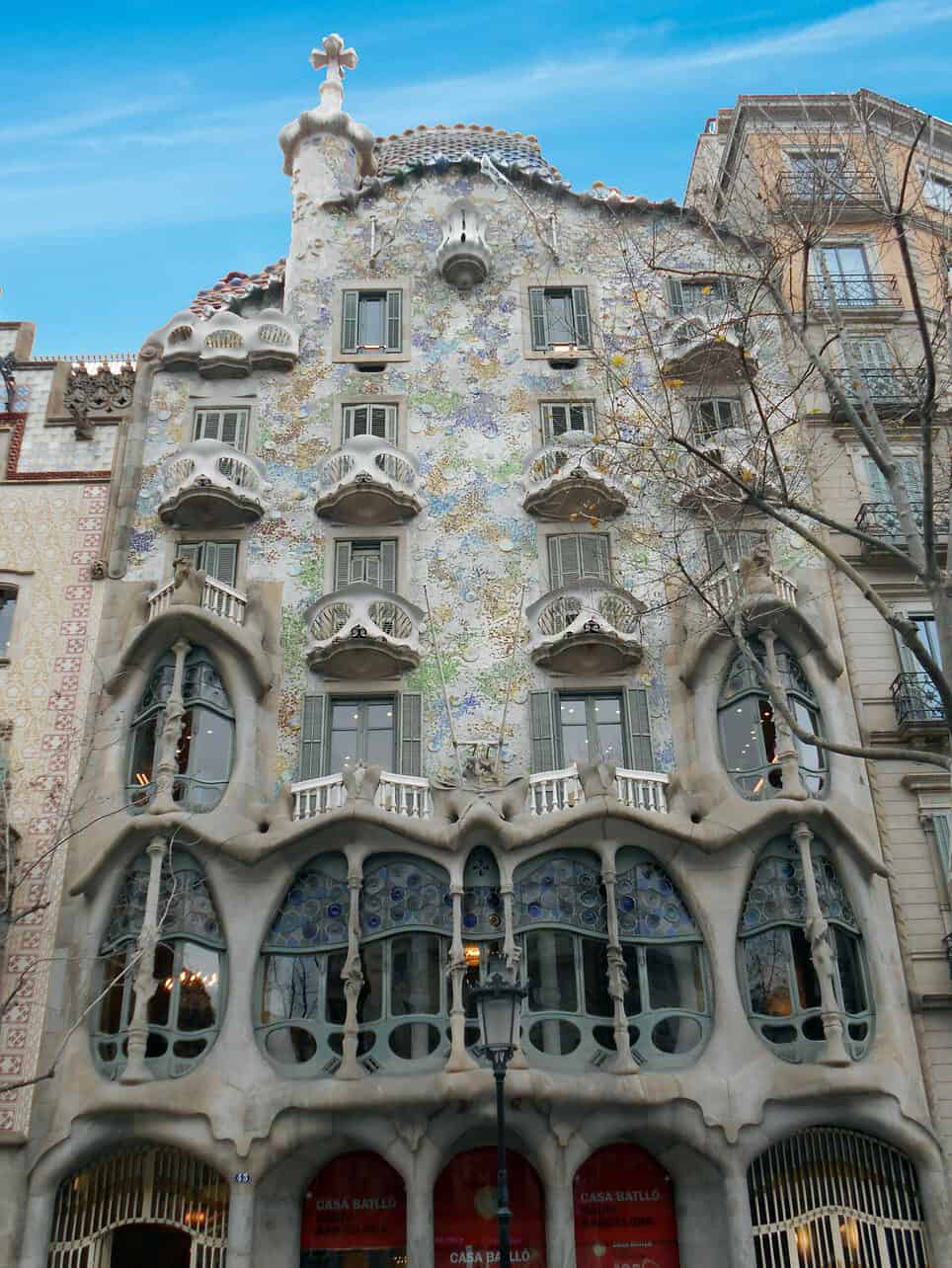 Casa Vicens is an important piece of Gaudí, being his first big architectural work after graduation, initially built as a residential house of Manuel Vicens. It is now a museum used to showcase Gaudí’s work. 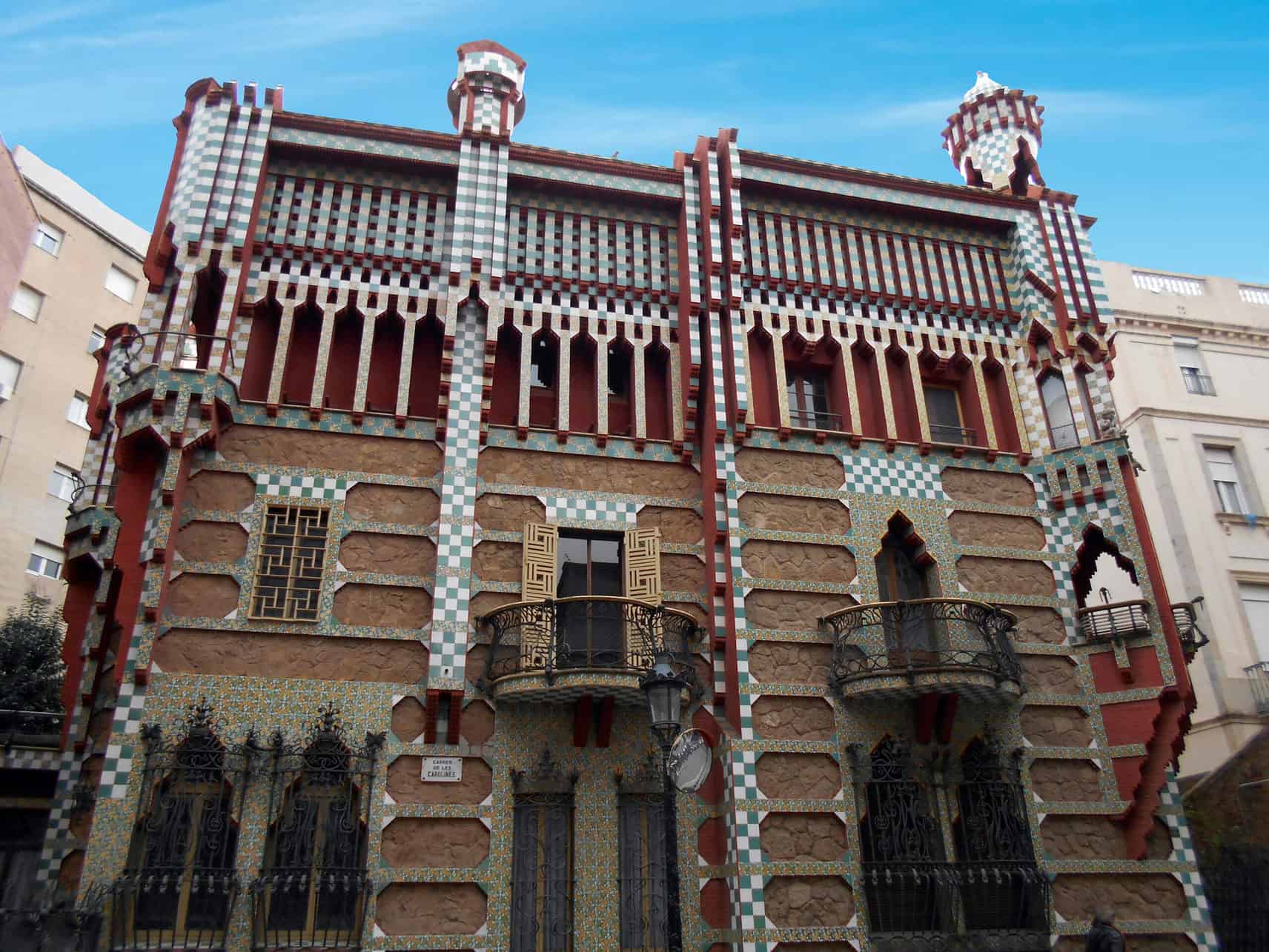 Palau Guell is a beautiful mansion designed by Gaudí for Eusebi Guell. Another place which showcases Gaudí’s architectural genius and innovations through creating space with only a small land plot. 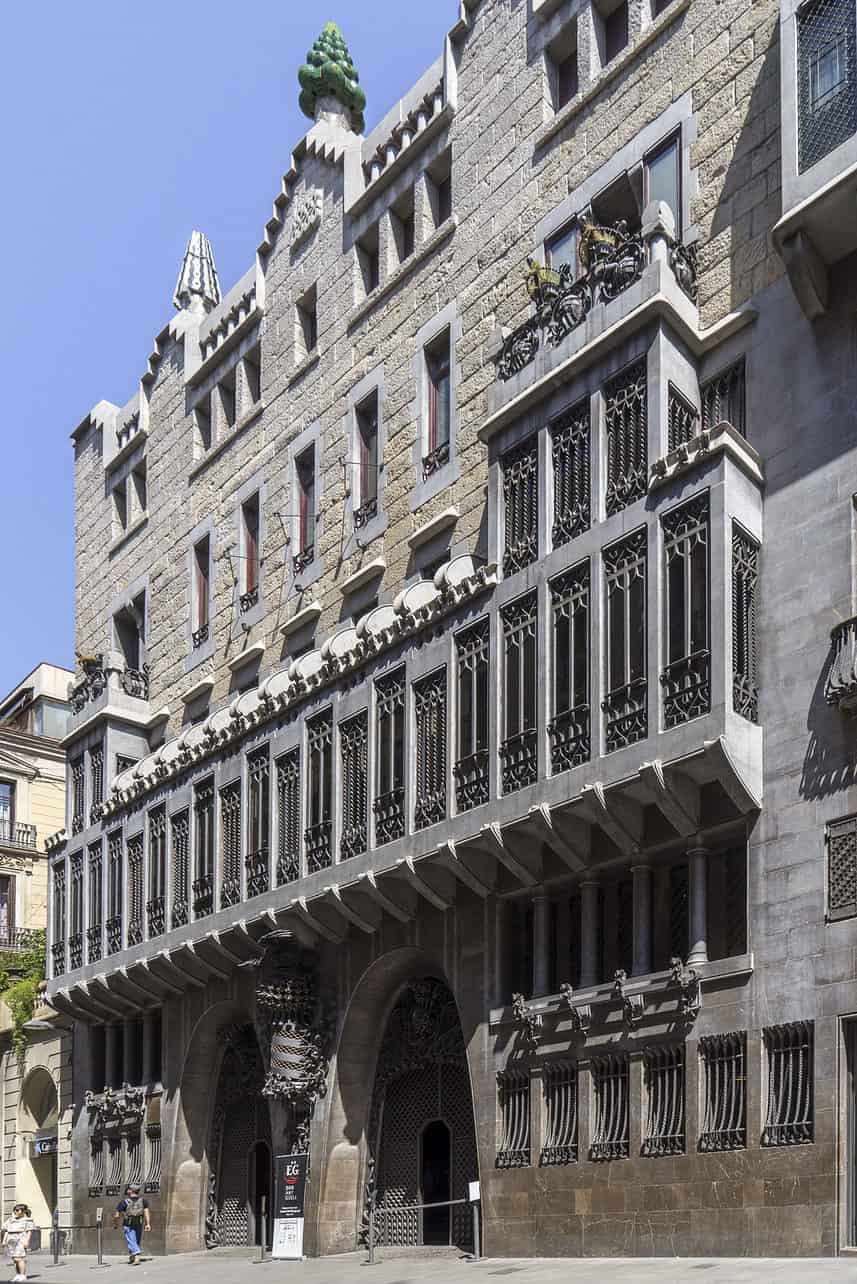 The Museu Picasso de Barcelona is a must visit whilst it’s quiet. This museum opened in 1963 and showcased the 4,251 works of Picasso’s formative years whilst he resided in Barcelona. This is the perfect place to really learn more about Picasso during his stay in Barcelona. 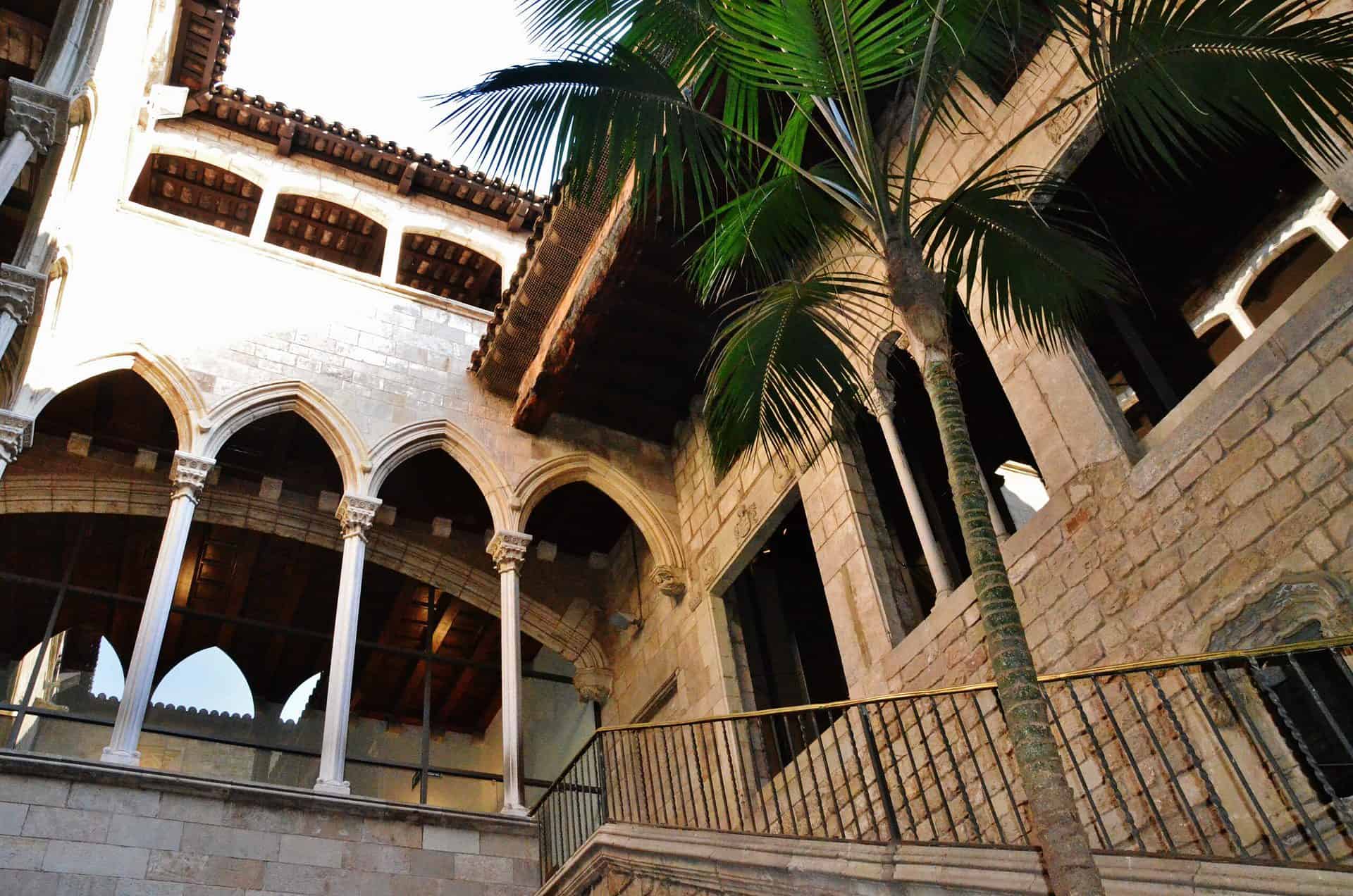 This museum is based in Montjuïc and was built by Joan Miró himself. He had a goal of creating a place for contemporary art research. He took a lot of his inspiration from nature, this museum is a great reflection of this.

See also: The Most Unusual Museums in Barcelona

This museum is the national museum of visual arts in Catalonia. The museum is filled with an incredible collection of art from different periods, it was first opened as an exposition to display mediaeval arts and has continued to inspire and teach society about art. 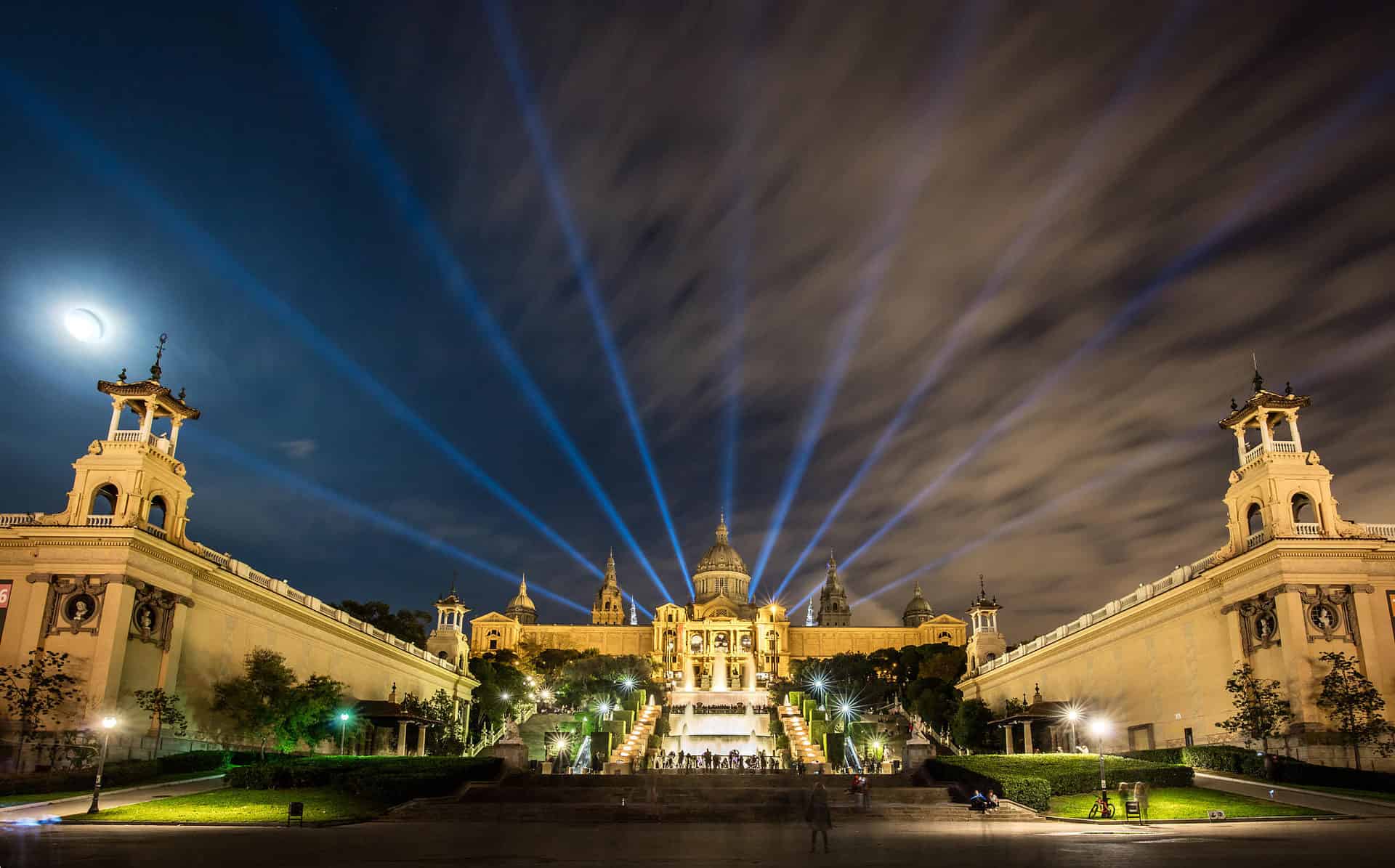 The Tres Tombs Parade is an amazing celebration of the feast of St Anthony Abbot. Saint Anthony Abbot was a Roman Catholic monk and patron Saint of domestic animals, basket weavers, farmers, grave diggers and the sick. The Tres Tombs Parade is a procession which takes three laps of the city and is celebrated to bless those animals of locals. This parade dates back to the 15th century when farmers would take their animals to town to be blessed. 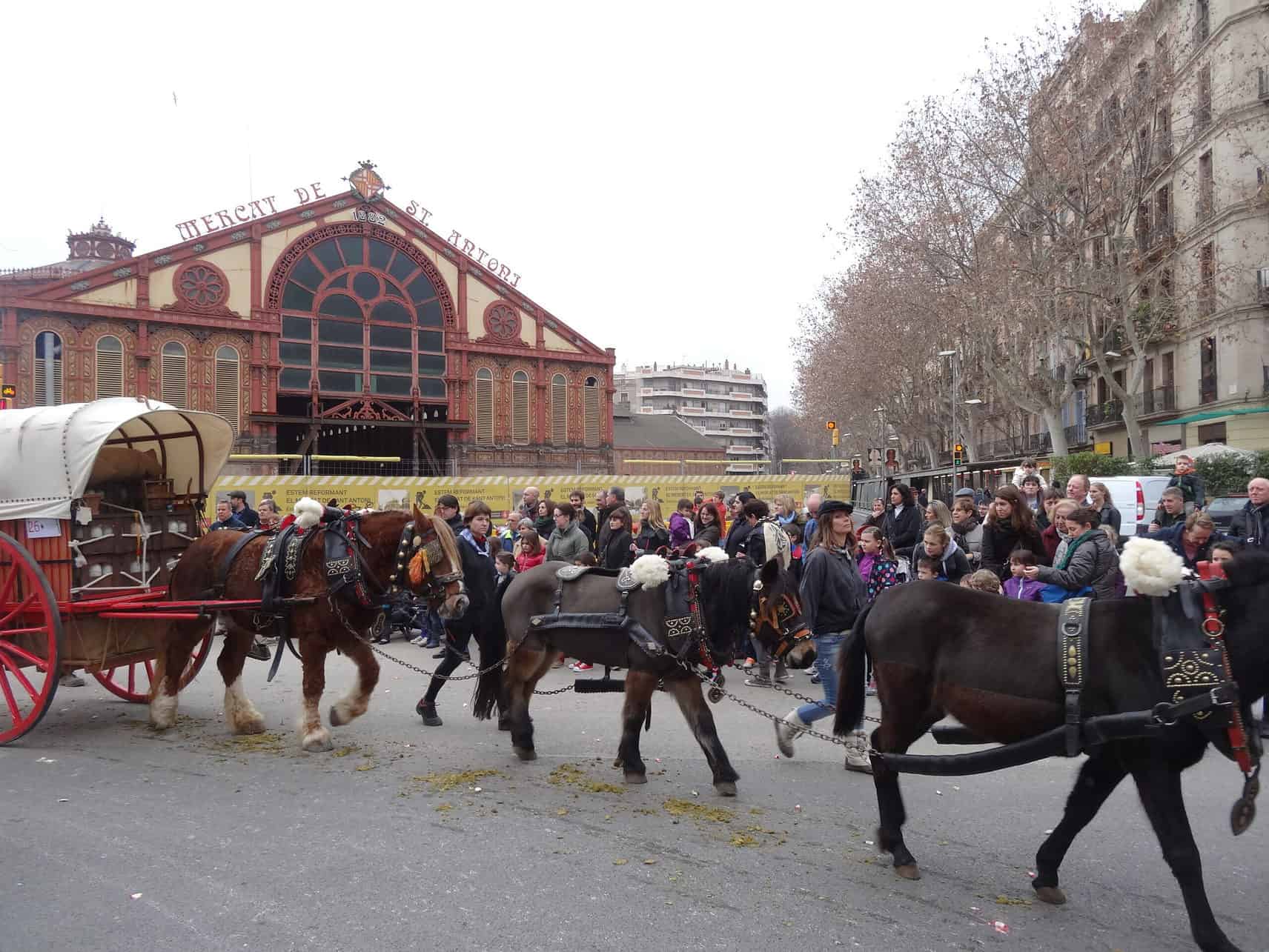 Make the most out of the great Barcelona January sales

See also: Where to Find the Best Vintage Shops in Barcelona 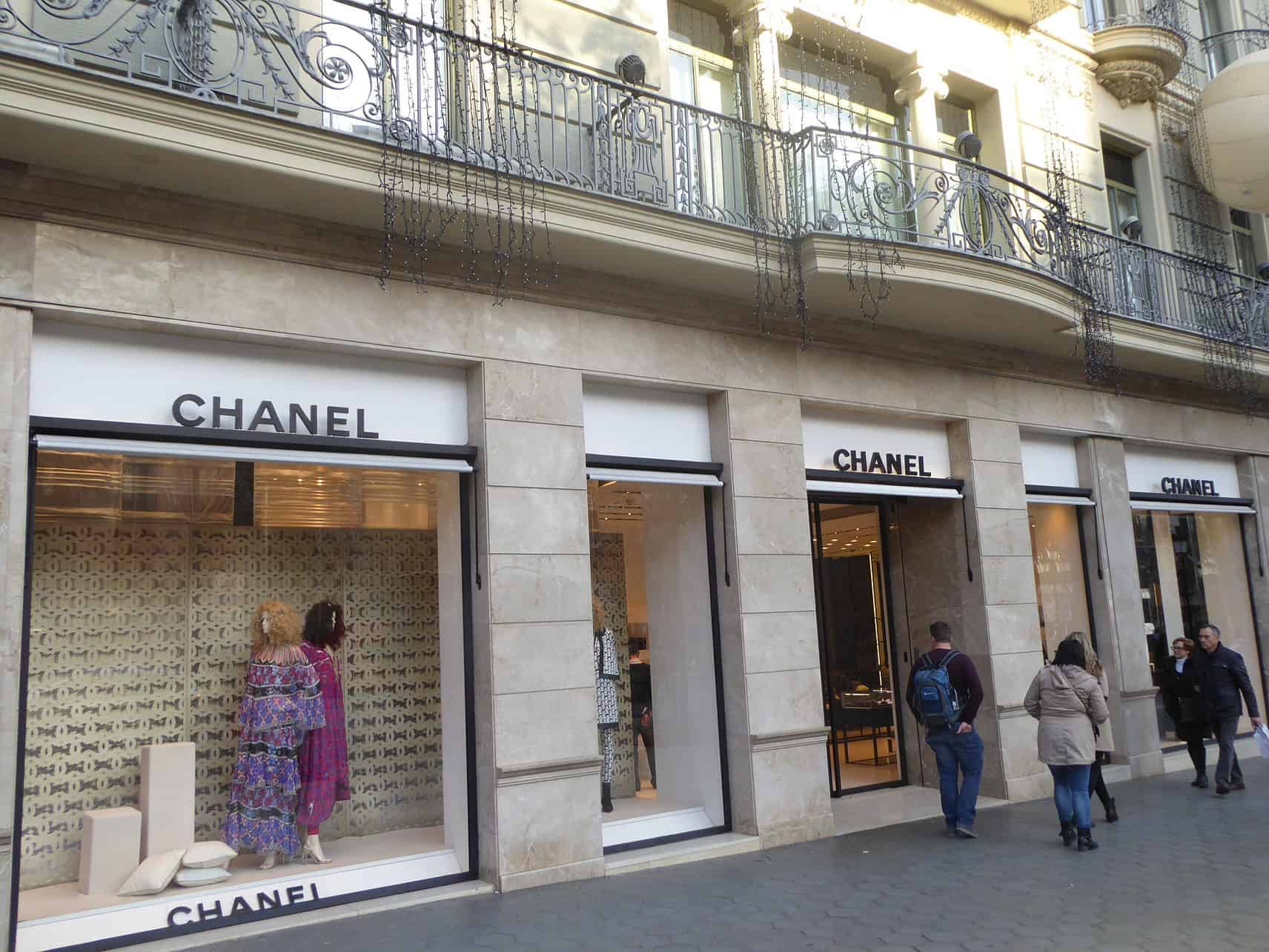 This is an incredible open- air museum which was first designed for the 1929 Barcelona International Exposition. It is a model for the different Spanish architectural styles such as Gothic, Mudéjar, Renaissance and Baroque. 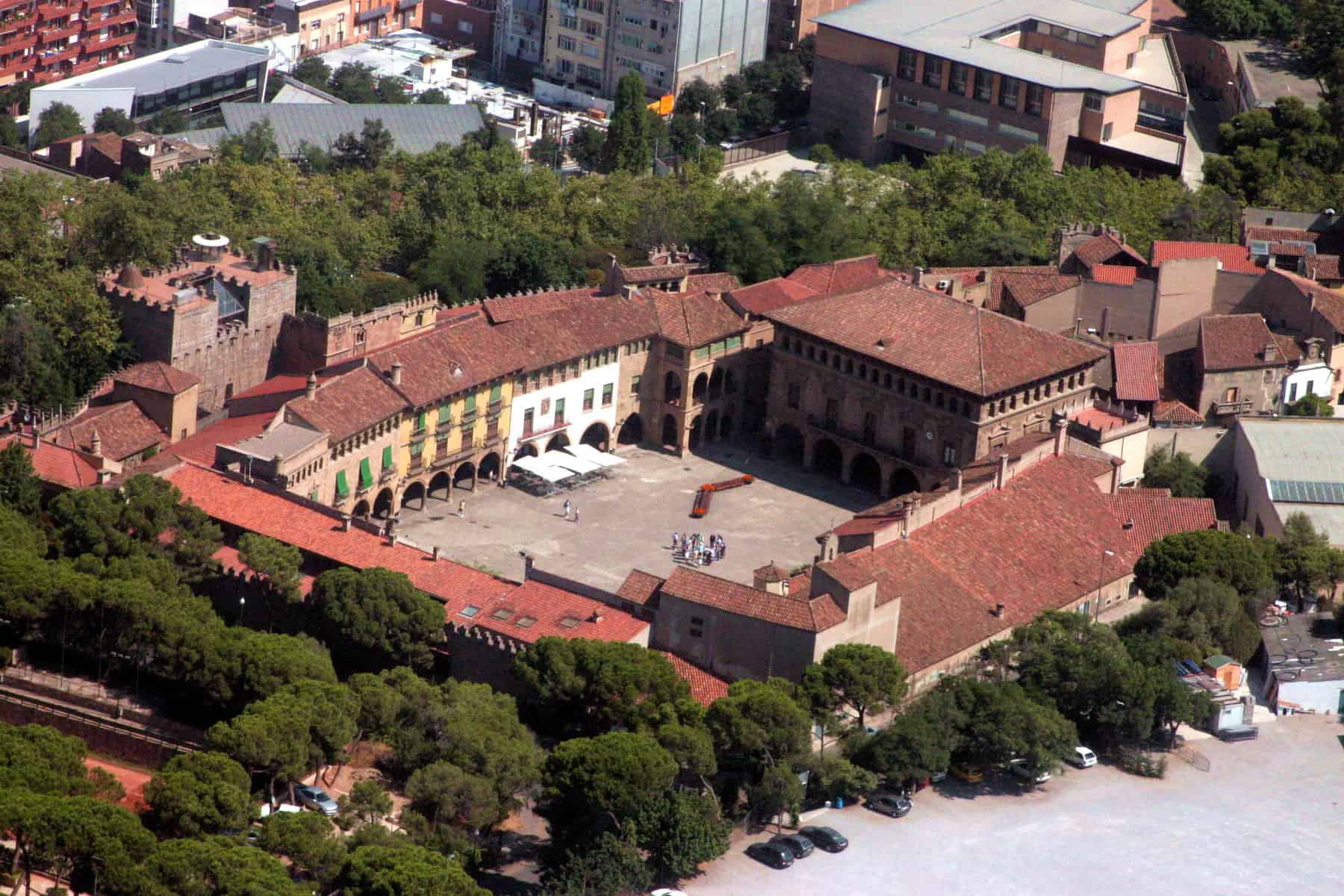 Do a food tour through Barcelona

Barcelona hosts some of the most incredible, mouth watering cuisine. There are countless food markets such as the Mercado de La Boqueria, Mercat de la Terra, and Mercat de la Llibertat which are definitely worth visiting.

Check out the below foodie tours in Barcelona:

Barcelona also provides you with some of the best restaurants in the world. From traditional Spanish, to Mexican, to Italian, to Japanese and everything in between you will not find yourself hungry during your stay. And why not make the most of things being a bit quieter and getting into some of the most popular restaurants in the city. 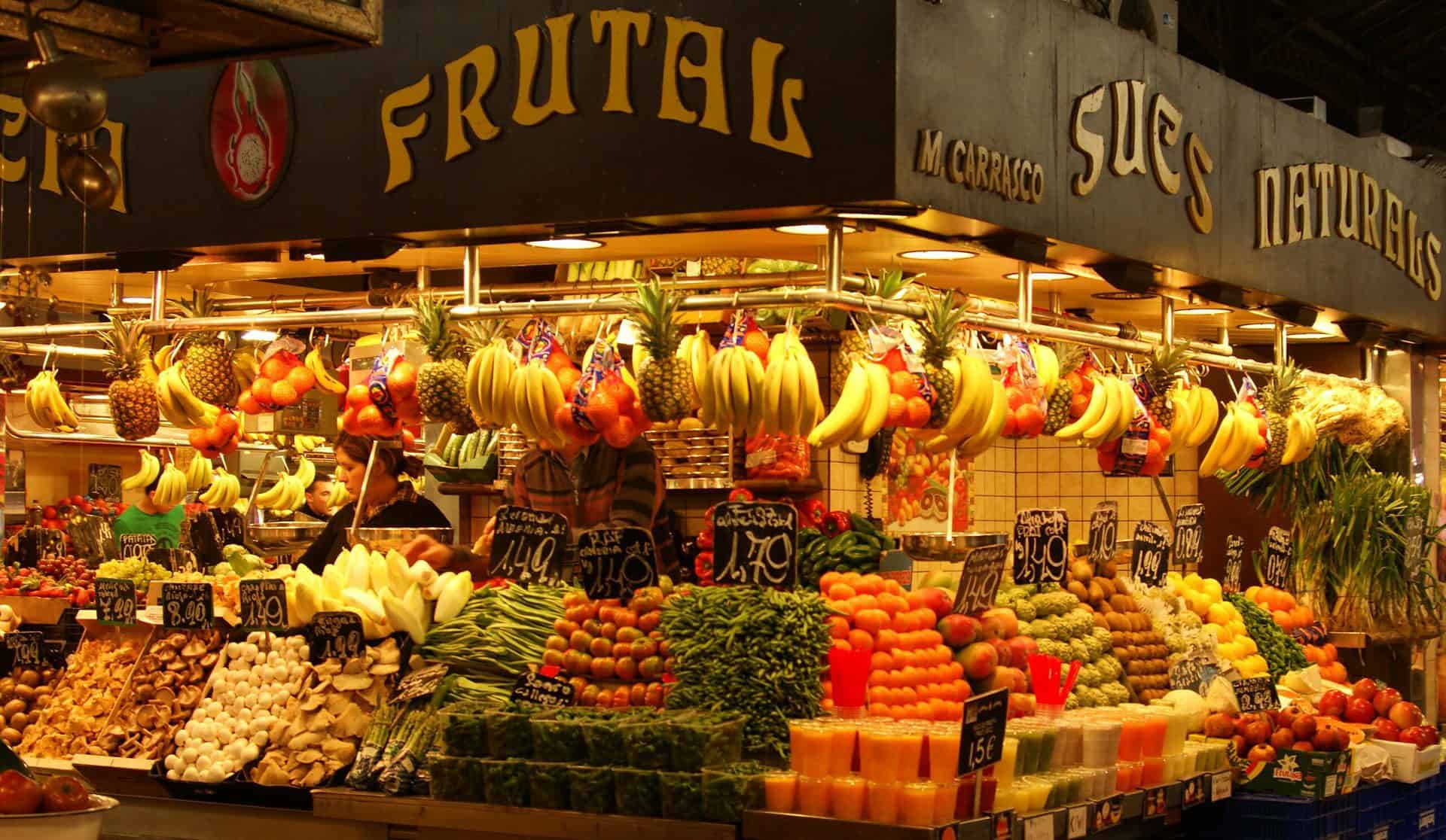 Food tours in Barcelona in January

Andorra hosts the most beautiful slopes in the Pyrenees, and a perfect relaxing location to escape. Being only a few hours north of Barcelona there are hundreds of companies hosting cheap all- inclusive trips from Barcelona to Andorra, including meals, ski passes, transport and even your equipment. What a fantastic way to end your trip, or extend it? 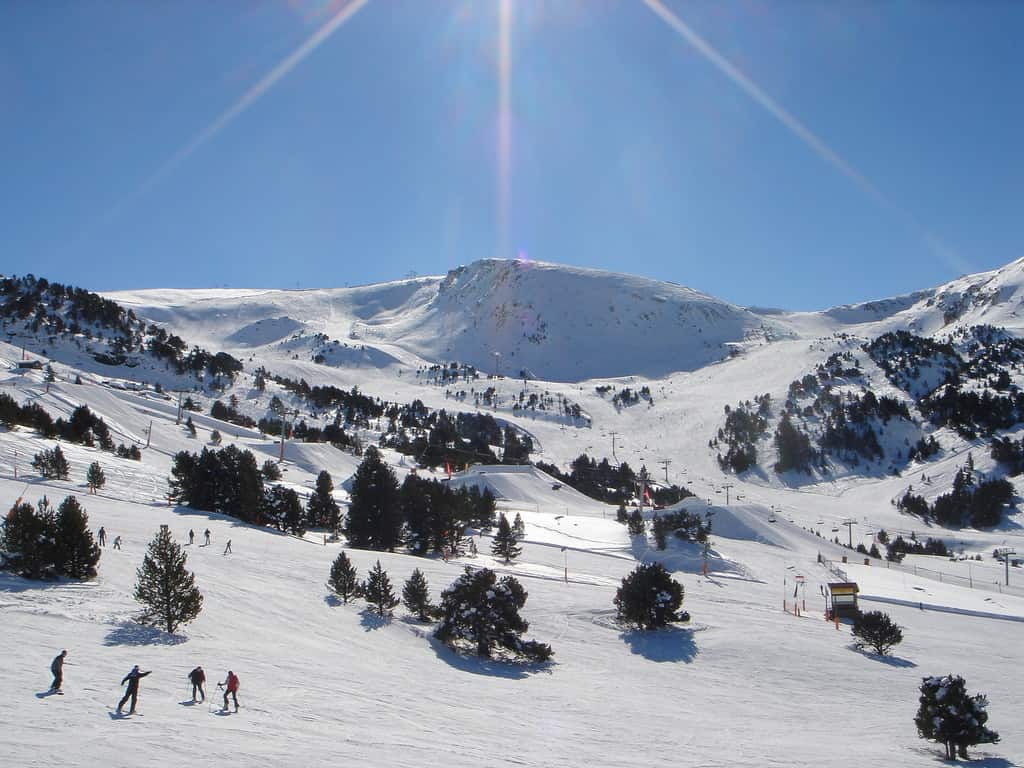 Amazon’s Adhesive Floating Shelves Are The Ultimate Hack for Renters