Prada and Adidas Are Running It Back

Prada and Adidas are teaming up for a third collection that’s also a first on a few different fronts: While the Italian luxury house and the German sportswear giant previously collaborated on some relatively subtle re-editions of Adidas’s signature Superstar and Luna Rossa 21 sneakers, this is their first foray into co-branded apparel and accessories. The collaboration will also take advantage of major sustainability developments on Prada’s part, swapping out nylon for its signature Re-Nylon fabric.

Between the Prada anorak and the Adidas three-stripe track pant, nylon is already a signature textile for both brands—and those two signature items, among other sportswear staples including a bucket hat and a fanny pack, both appear in some form in this collection. Even so, the centerpiece is undoubtedly still a sneaker: the Prada-branded Forum, which A$AP Rocky first teased back in September. Its chunky, retro silhouette, which comes in both high- and low-top iterations, features a teensy, triangle-logo Prada pouch. The Forums are less sleek than the previous two Prada x Adidas shoes, which, given contemporary sneakerhead tastes, is a good thing.

And should you be able to score a pair, you can do so with a relatively clean conscience. Re-Nylon, which Prada introduced in 2019, is a signature textile created from recycled plastic waste collected from oceans and textile fiber waste—according to a press release, “it can be purified and recycled indefinitely, with no loss of quality.” As it stands, global fashion production creates massive amounts of fabric waste; plus, conventional nylon, as well many synthetic “vegan” leathers or furs being promoted by other luxury brands, is created using non-renewable resources including coal and petroleum. New innovations in recycled and recyclable fabrics—making something new from something that already exists—is one of the better methods we’ve got to confront the issue of global textile waste. 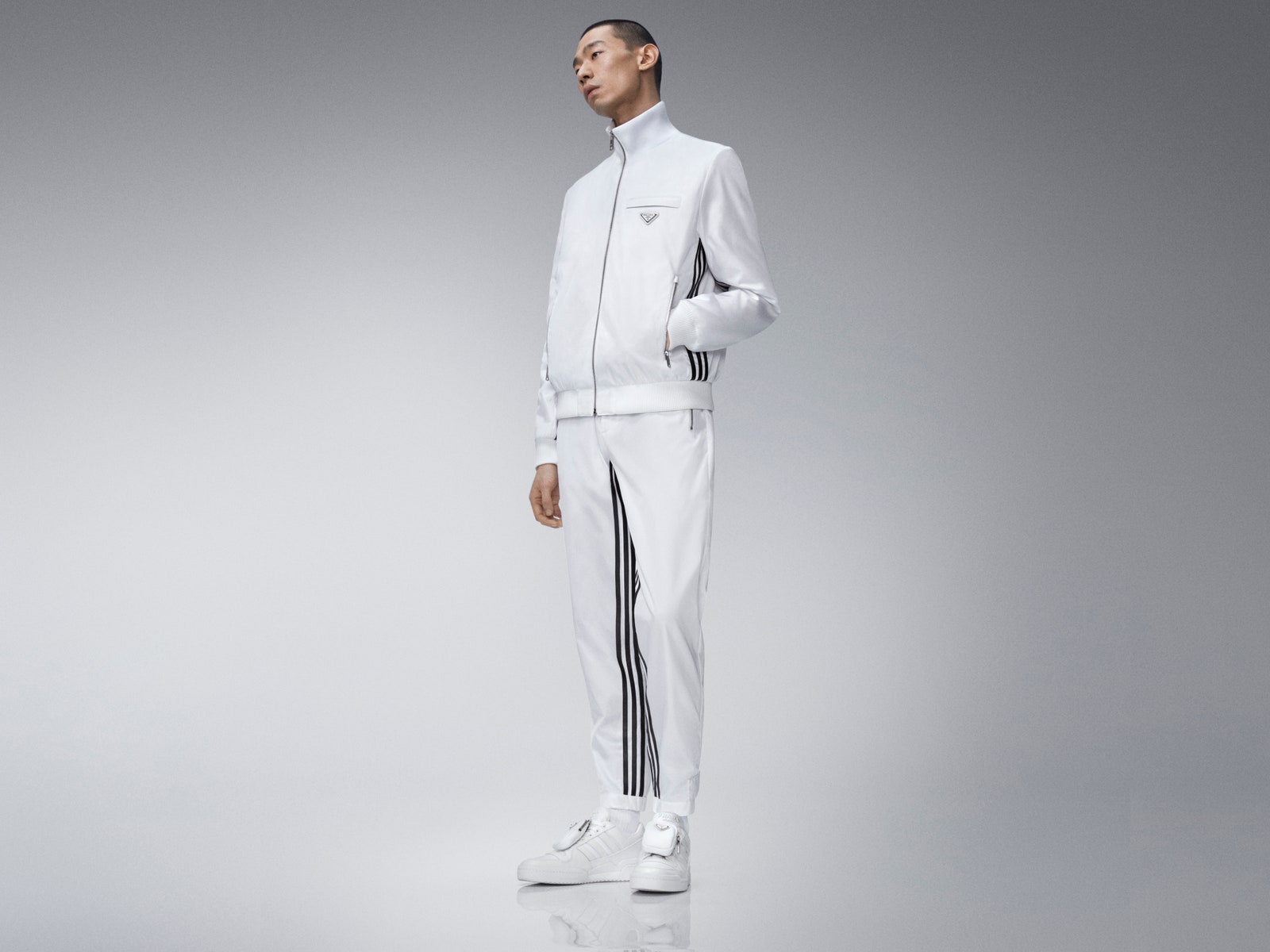 Another interesting tidbit from the press release falls in line with fashion’s recent obsession with the next digital frontier: the brands’ digital advertising push will include an opportunity for fans “to participate in the metaverse with adidas and Prada through open-source co-creation.” The collection launches globally on January 13, available to shop in-person at Prada boutiques and online via both Prada and Adidas’s websites—but you may spot it in another dimension first.

Wait—If You're Not Using Korean Makeup, You're Seriously Missing Out

Is ‘Archive 81’ on Netflix Based on a True Story?

The Unexpected Winners of the Great Pandemic Retail Reshuffle