From Bank Holidays to Bridgerton Season 2, Here’s Everything to Look Forward to in 2022!

After a slightly weird end to 2021, you’ll be glad to hear your 2022 calendars are set to be well-stocked with normality in the shape of binge-worthy tv series, festivals, sporting events, concerts and Royal appointments.

How to Prepare for Buying New Wheels from the Showroom –

From the most anticipated shows (Stranger Things season 4 – the wait is finally over!) and the Queen’s Platinum Jubilee, here’s a look at the headline acts and events making 2022 a rather poppin’ 12 months indeed. Bring the action…

Did someone say an extra bank holiday? 2022 is already looking up! The nation will come together for a four-day weekend to celebrate Her Majesty the Queen’s 70 years on the throne. The usual spring Bank Holiday in May will be moved to Thursday, June 2 and an additional BH will be added on Friday 3 June to create the four-day weekend of national celebrations. Long live our noble Queenie! Find out more here. 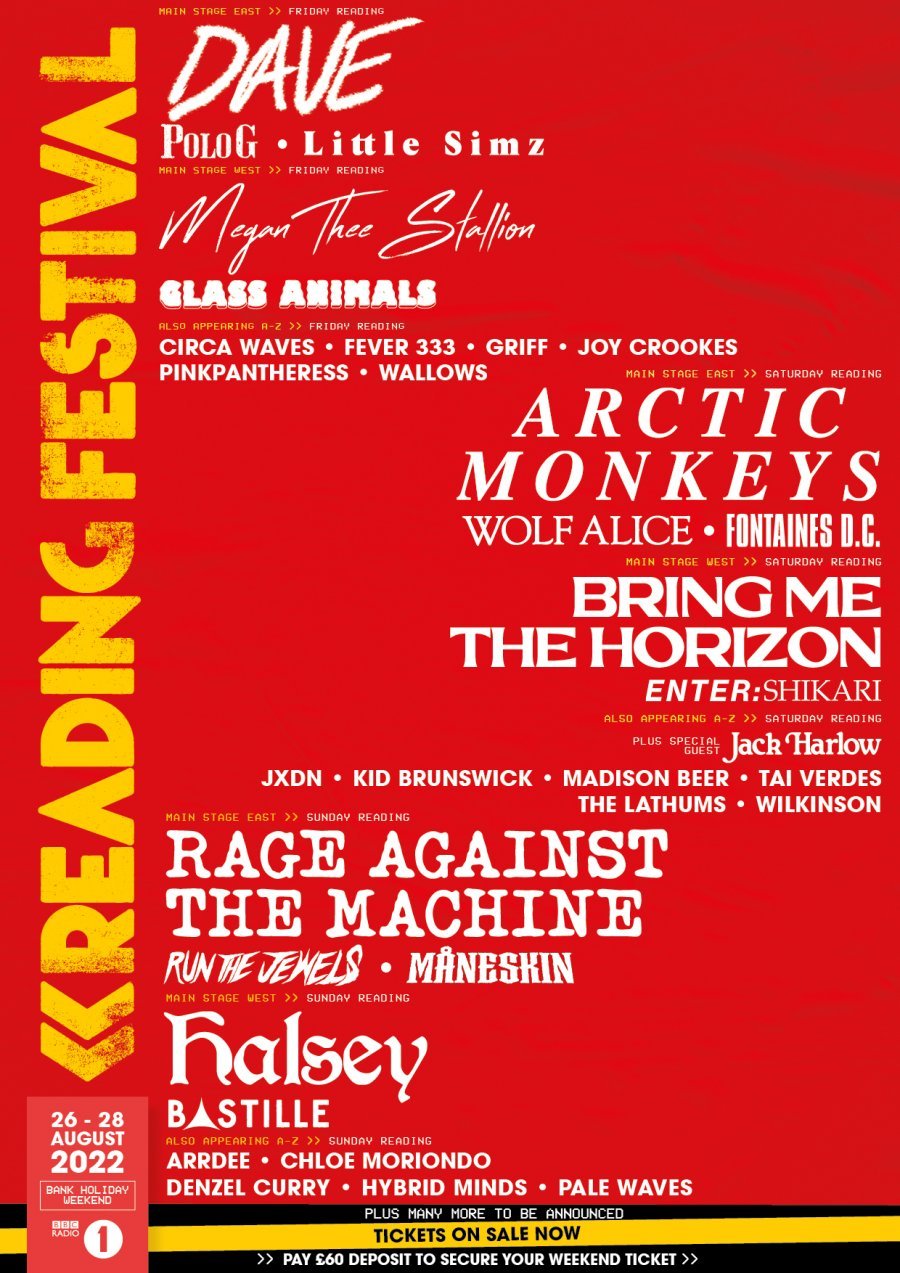 With Arctic Monkeys, Megan Thee Stallion and Dave as the official headliners of the dual event, and Rage Against The Machine, Little Simz, Bastille, Halsey and Bring Me The Horizon also making the line-up, #RandL22 is set to be *the* place to be this August Bank Holiday. Find out more here. 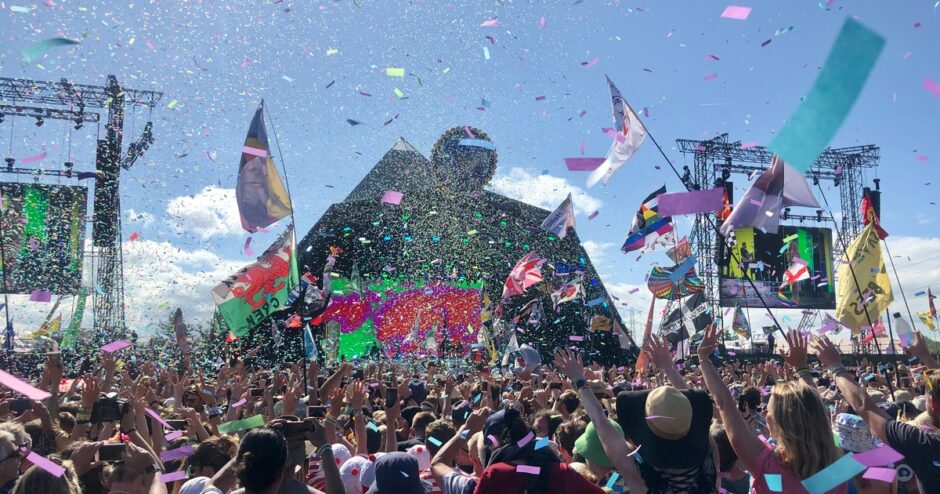 Muddy fields, how we’ve missed you! After two cancellations and a belated 50th anniversary to celebrate, one thing’s for sure – Glasto ’22 is going to be big. Billie Eilish will be headlining the Pyramid Stage on Friday 24 June, making her the youngest solo performer in the festival’s history. Supremes singer Diana Ross has also been confirmed for the Sunday evening Legends slot, previously played by Dolly Parton in 2014. Find out more here. 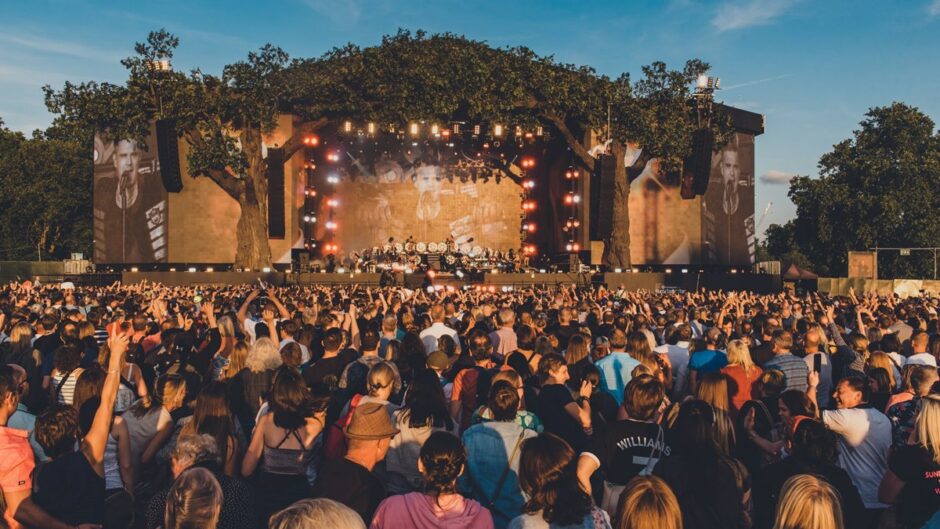 Oioi *Adele voice* Hyde Park welcomes Her Royal Highness Adele as part of the British Summertime Festival on July 1 and July 2, and she’s in great company with the likes of Elton John, Pearl Jam, Pixies, Duran Duran, Nile Rodgers & Chic all headlining the event, too. Prepare to sing Go Easy On Me at the top of your lungs, Daydreamers! Find out more here. 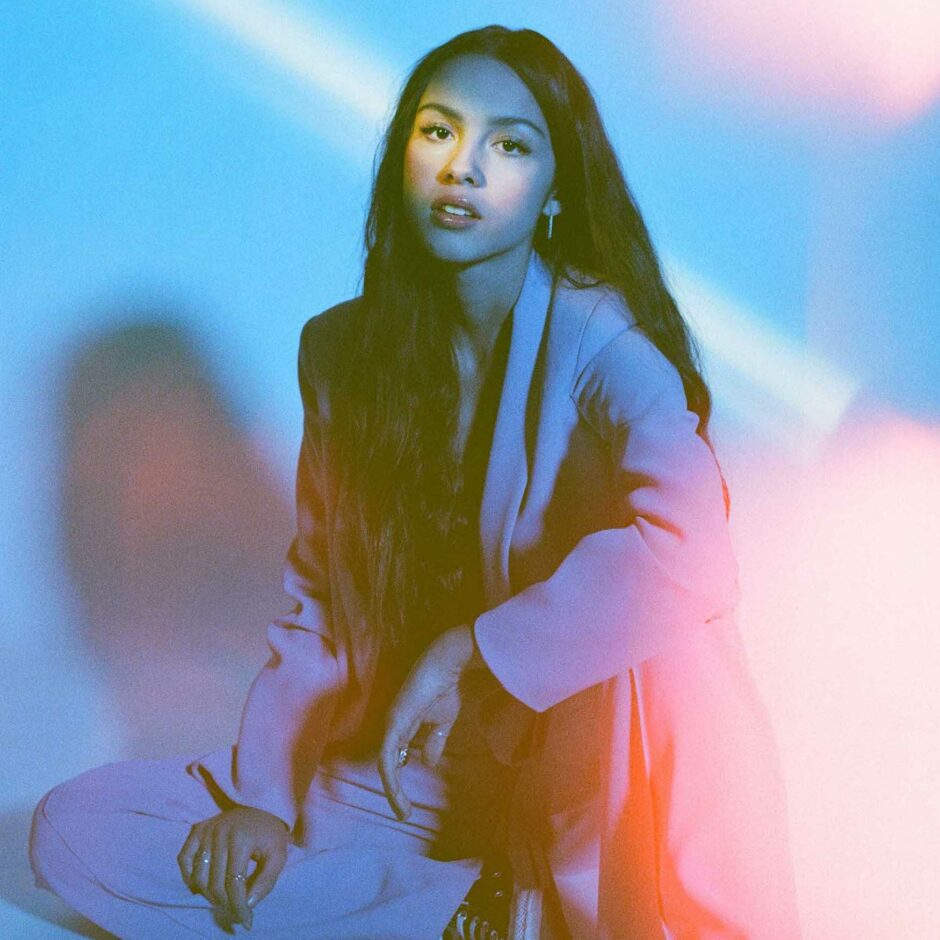 Jesus, take the wheel – Olivia Rodrigo will be hitting the road this year with her SOUR tour, with five UK shows across Glasgow, Manchester, Birmingham and London and all we can say is, Good 4 You, 2022. GOOD 4 YOU! Find out more here. 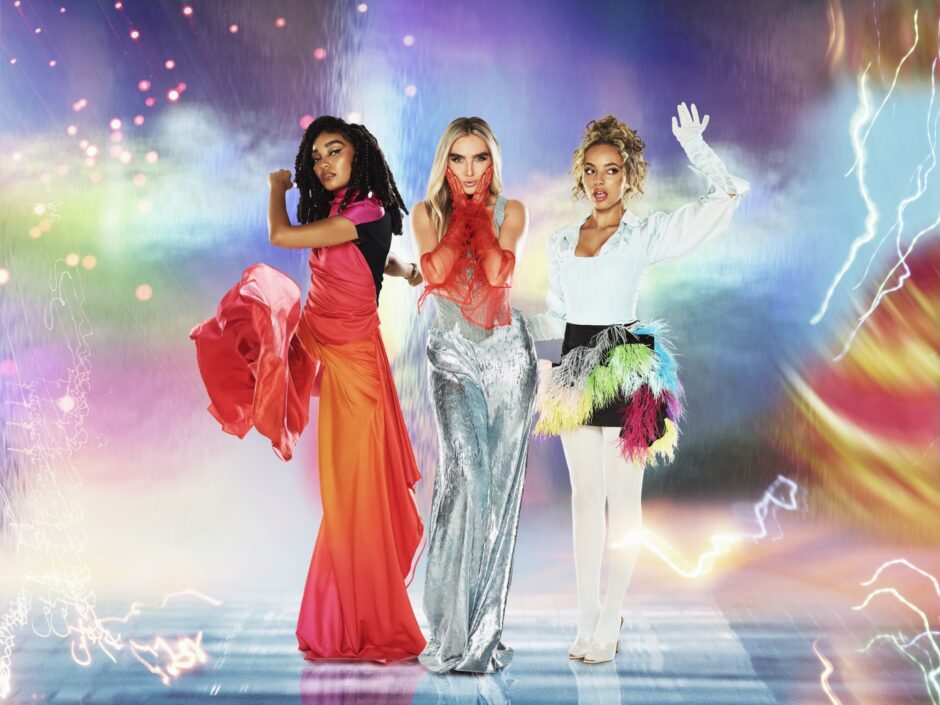 The tour will be the last chance for Little Mixers to see Leigh-Anne, Jade and Perrie live before they take an extended hiatus to focus on other projects. It’s going to be all kinds of Confetti in the eye emotional but no doubt the trio will go out with a bang. Find out more here. 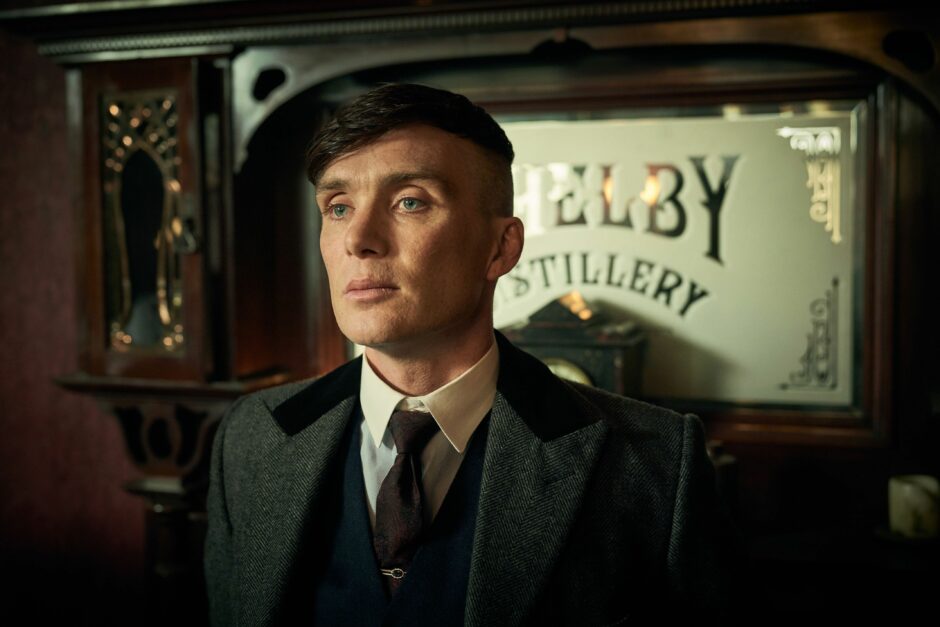 The gangster series returns for its final season (sniff, sniff) and in *peak* 2022 news, it looks like Tom Hardy is back with the Birmingham bad boys. Be still my beating heart!

This Is Going to Hurt – TBC BBC iPLayer 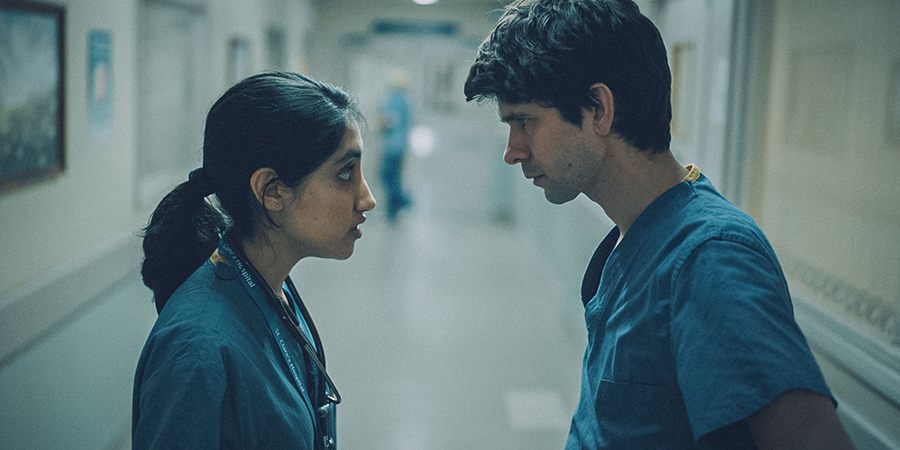 Adam Kay’s best-selling book about his life as a junior doctor is coming to BBC One for an eight-part series, with Ben Whishaw (No Time To Die) starring as Kay. With the author himself at the helm as both the scriptwriter and executive producer, it’s set to be just as hilarious, heartbreaking and brimming with bodily fluids as the medical memoir itself. 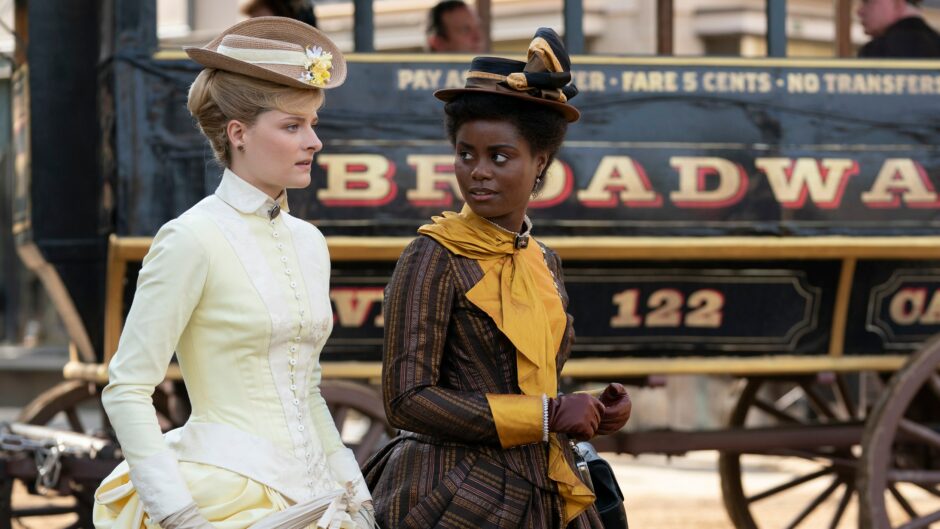 Season 2 might be one dishy Duke down but we’ve every faith it’ll be as watchable as it was when it first graced our screens back in December 2020. Sorry, why does that suddenly seem about 50 years ago?

Downton Abbey fans, you’ll be happy to hear Juilan Fellowes is back with another costume drama set in New York during the 1880s and naturally, it looks incredible. Well, socialising was nice and everything but looks like the sofa can take it from here. 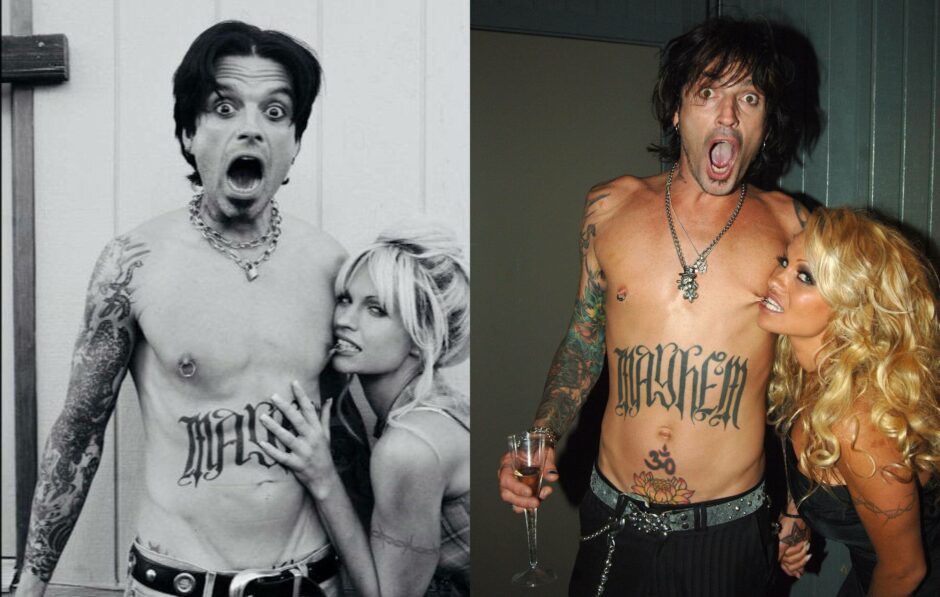 ‘Based on the true f*cking scandal’ – starring Lily James and Sebastian Stan, the eight episode series follows the whirlwind romance of Pamela Anderson and Tommy Lee and *that* viral video. 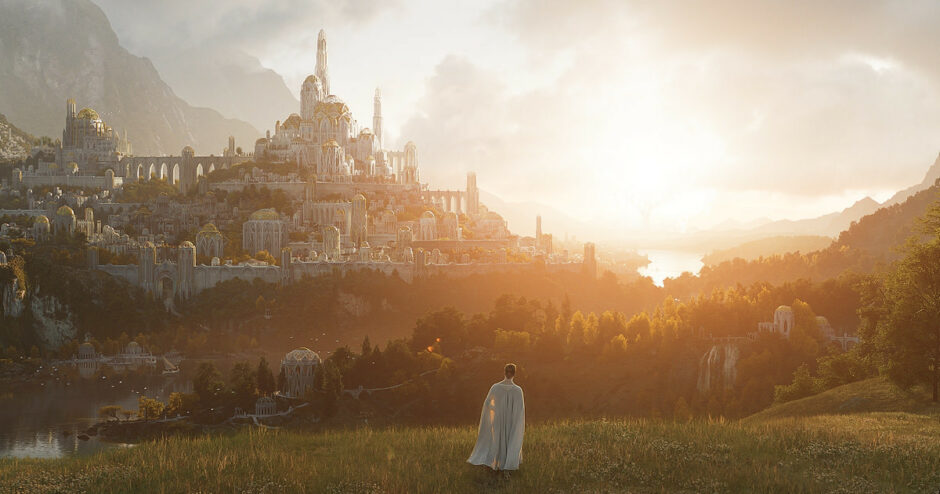 Another take on the fantasy series is coming to the small screen and it’s set to be the most expensive series ever made. Starring Game of Thrones actor, Robert Aramayo as Middle-earth’s new hero, the epic journey will take place in Tolkien’s Second Age era, thousands of years before the events of The Hobbit. Get September 2 in your diaries, people! 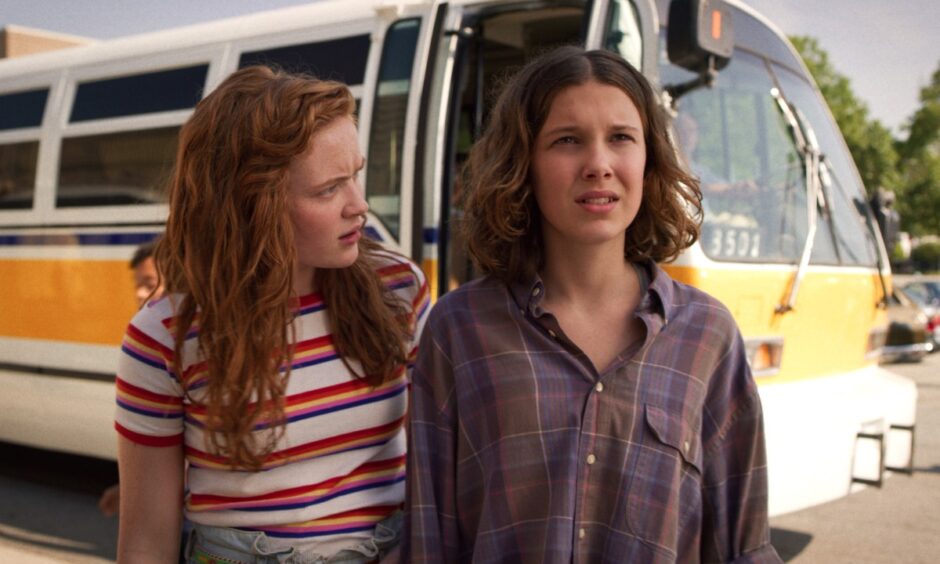 Clear your summer plans, the long-delayed Stranger Things season 4 is finally on its way. In the sneak peek trailer, called Welcome to California, we hear Eleven (played by Millie Bobby Brown) reading a letter aloud to Mike Wheeler, whilst the footage shows the heroine isn’t exactly having the time of her life in the Sunshine State…

“Today is day 185,” she says. “I think I have finally adapted. I even like school now. I have made lots of friends. Even so, I am ready for spring break, mostly because I get to see you…We will have the best spring break ever.”

After season 3 ended on quite the explosive cliffhanger, we can’t wait to see what’s next for our favourite Dungeons and Dragons players. 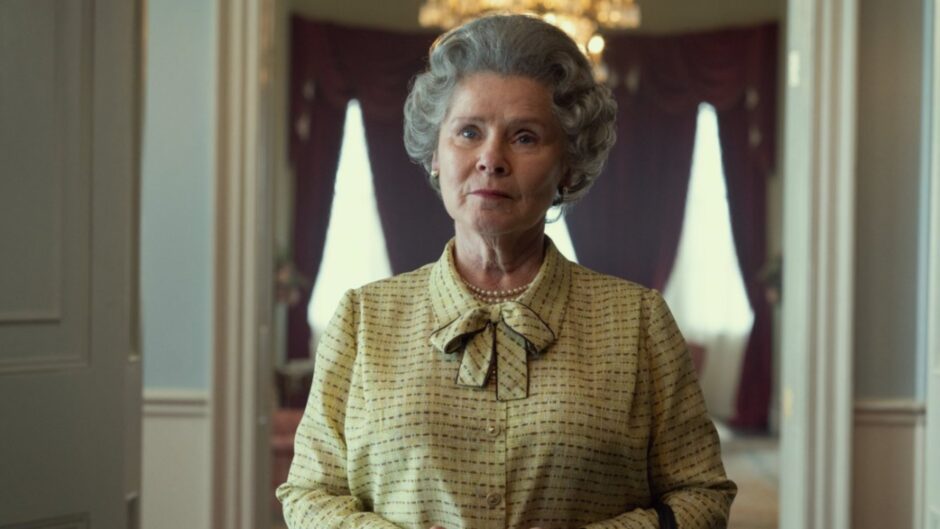 The Charles and Diana era continues featuring a brand new line up, with Elizabeth Debicki playing Princess Diana and Imelda Staunton inheriting the role as the show’s new Queen Elizabeth. Cosy winter viewing at its best! 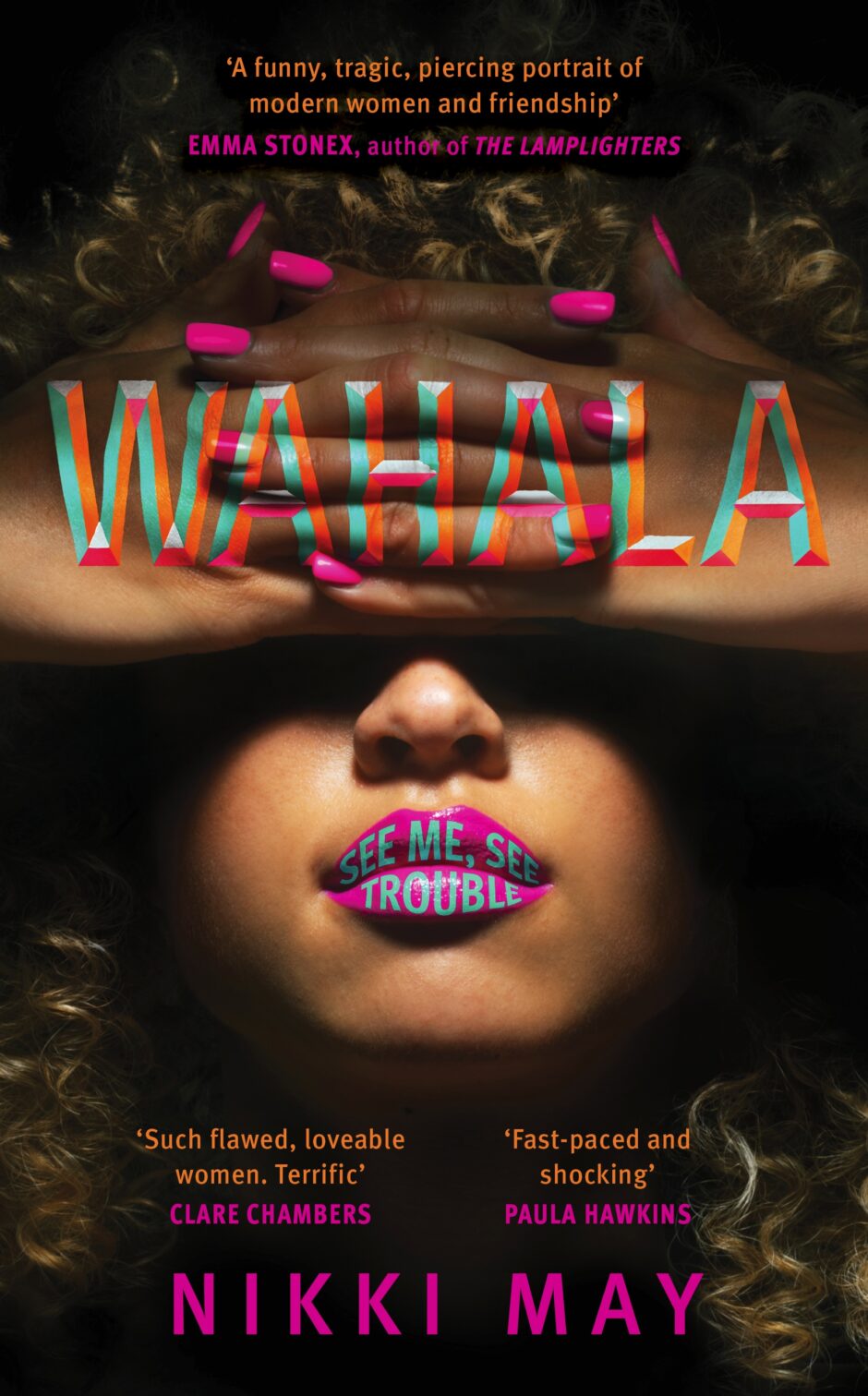 Wahala is tipped to be one of the most talked about books of 2022 (we’re currently reading it for book club and can confirm it’s 10/10), so we can’t wait to see how Nikki May’s modern masterpiece translates on the small screen.

Simi, Ronke and Boo have been best friends for years, sharing every aspect of their careers, family lives and relationships with one another. But when the beautiful, charismatic, and super wealthy Isobel infiltrates their friendship group, mounting tensions, unravelling bonds and unearthed secrets have shocking and tragic consequences.

Everything I Know About Love – TBC BBC iPlayer 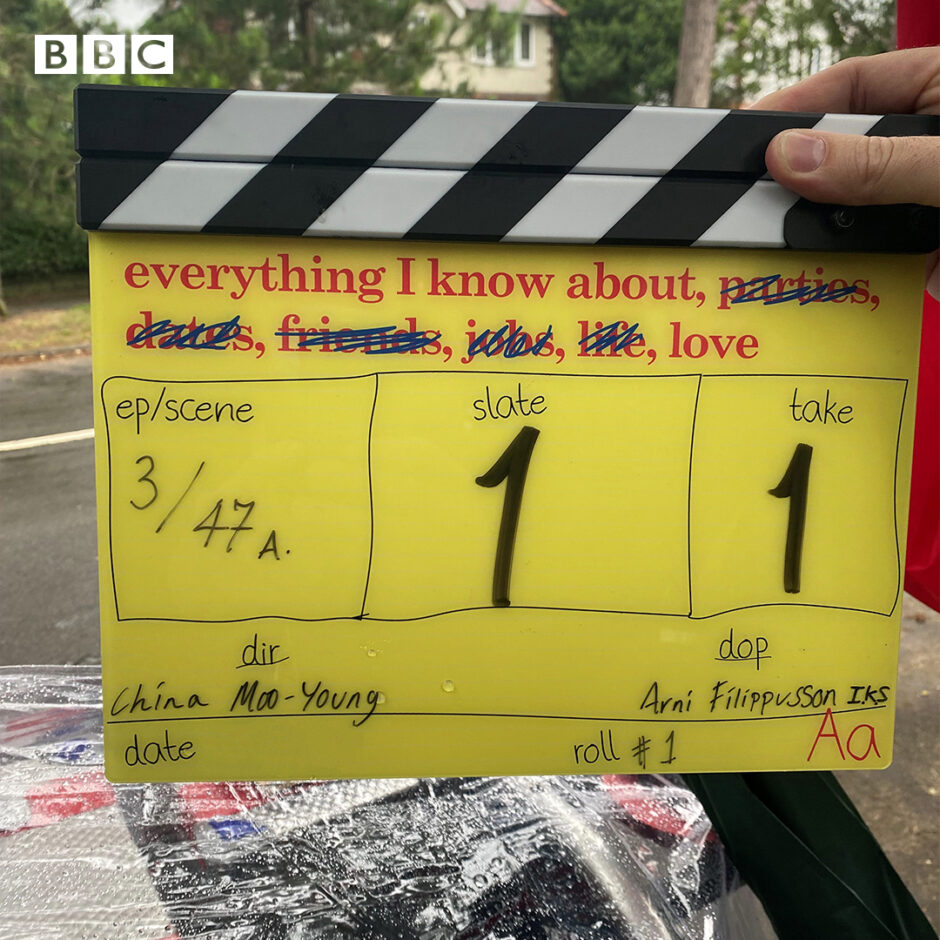 Adapted by author Dolly Alderton, the series follows besties Maggie and Birdy as they navigate the ever-changing dynamic of female friendship. Where would we be without BBC iPlayer, ay? 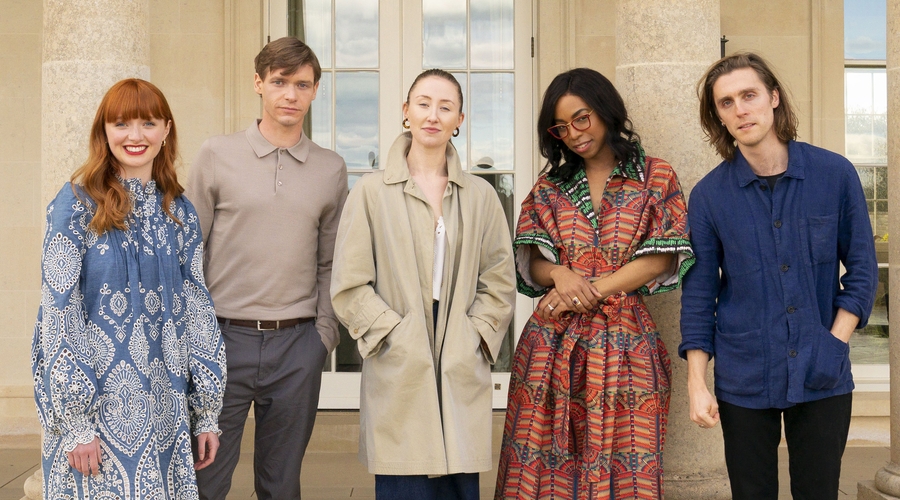 The six part psychological thriller, written by Sex Education’s Alice Seabright, is described as “a mystery about obsession, deceit, identity and grief”. According to the show’s synopsis, it follows the complex female heroine, Becky (Erin Doherty) who still lives at home with her mum and “compares herself to the picture-perfect lives on Instagram, compulsively returning to one account: Chloe’s (Poppy Gilbert).

“Becky obsessively watches her seemingly flawless life through social media. But when Chloe dies suddenly, Becky’s need to find out how and why leads her to assume a new identity and engineer a ‘chance’ meeting with Chloe’s best friend, Livia (Pippa Bennett-Warner), and infiltrate Chloe’s group of close-knit friends.

“Through her alter-ego Sasha, Becky becomes a powerful, transgressive heroine; a popular, well-connected ‘someone’ with a life, and loves that are far more exciting and addictive than the ‘no-one’ she is as Becky. However, the pretence soon obscures and conflates reality, and Becky risks losing herself completely in the game she is playing.” 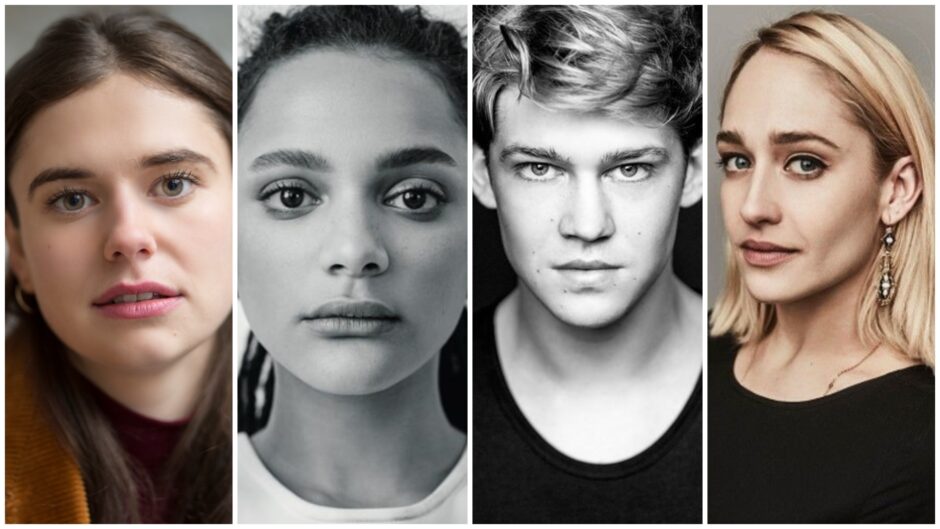 If previous Sally Rooney book-to-tv adaptations are anything to go by (lest we forget Connell’s chain), we’re surely in for a bingeworthy treat with Conversations with Friends. The 12-part series will closely follow the premise of Rooney’s first coming-of-age novel about two college students and their entanglement with an older married couple in their 30s, Melissa and Nick. 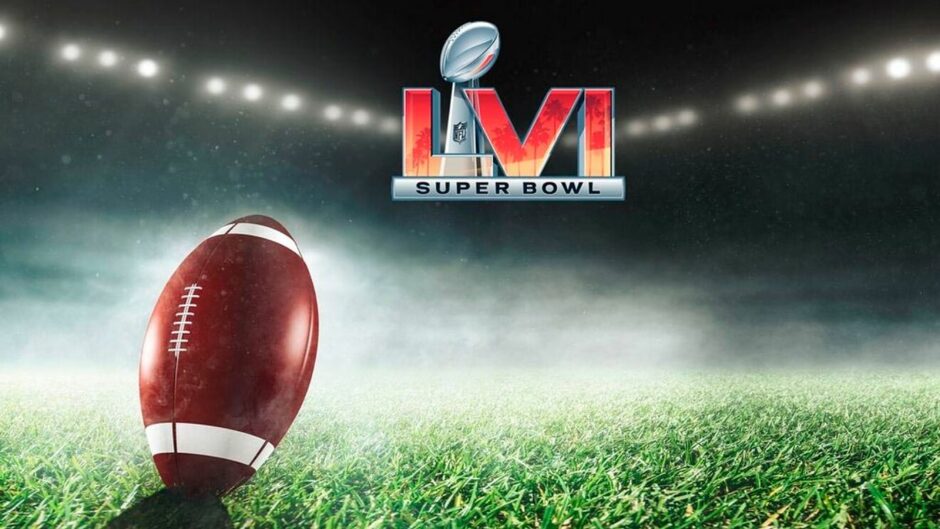 This year, the NFL Super Bowl will be played at the SoFi Stadium in Los Angeles, with a star-studded halftime show featuring Snoop Dogg, Eminem, Dr. Dre, Mary J. Blige and Kendrick Lamar. Worth staying up for! 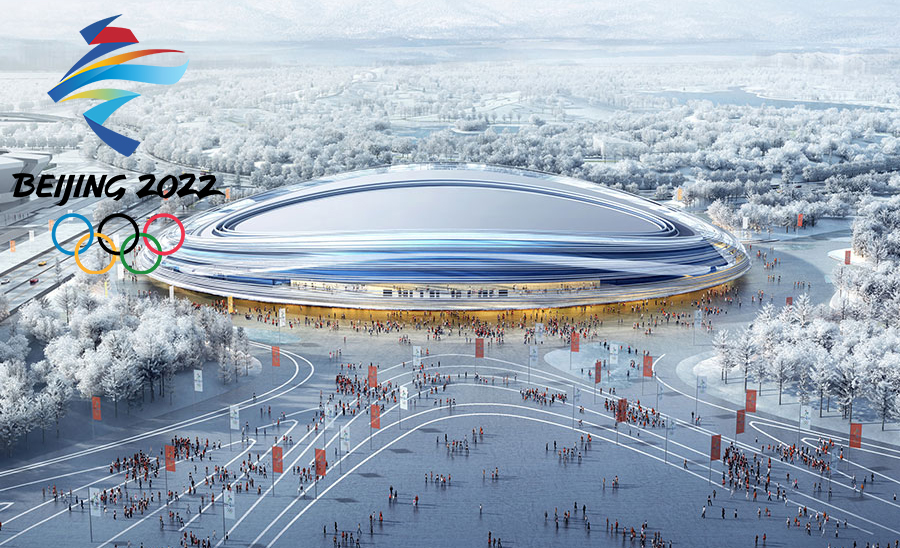 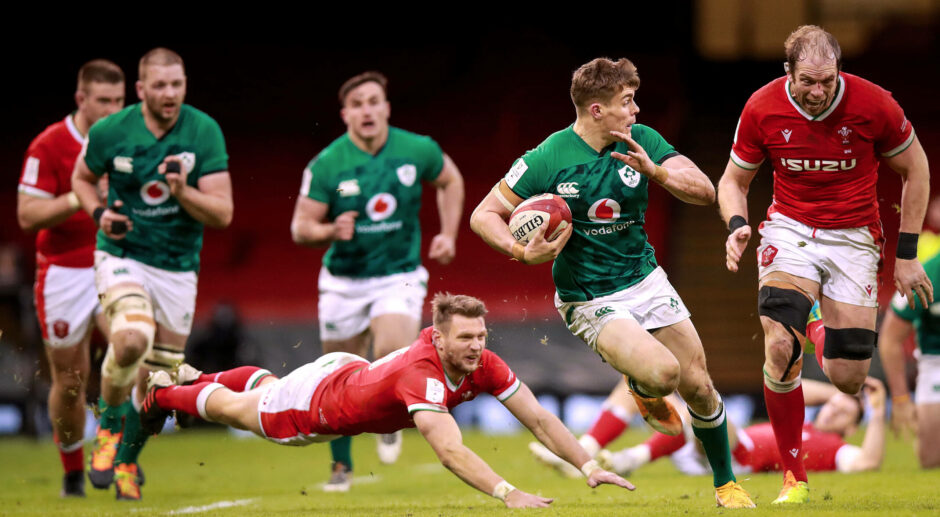 One of the major sporting tournaments in the ’22 international Rugby Union calendar, with England, Scotland, Wales, Ireland and Italy all going head-to-head in the competition.

This year, Ireland and Wales will kick things off in Dublin on Saturday 5th February, with five weeks of exciting fixtures to follow. 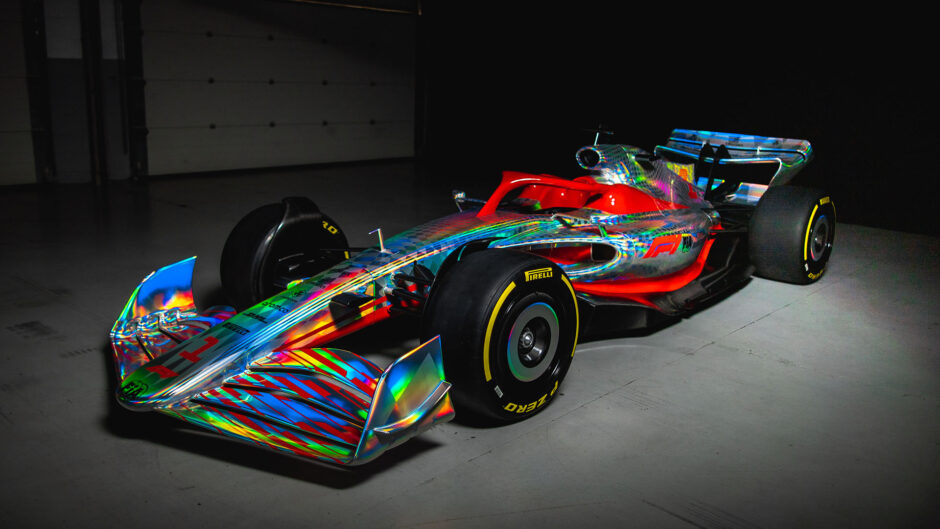 Will Lewis Hamilton return to the grid in 2022 to reclaim the world crown from Max Verstappen? Will Verstappen win his second championship? Or will another new champion come out on top? After last year’s controversial finale, one thing’s for sure, it’s going to be one hell of a season! 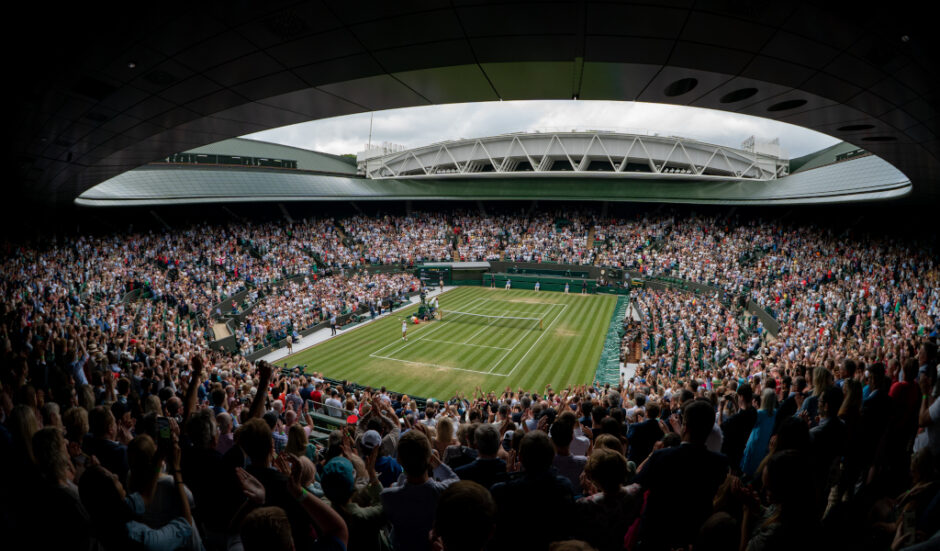 Emma Raducanu acknowledges the crowds cheers after she won against Sorana Cirstea in the third round of the Ladies’ Singles on No.1 Court on day six of Wimbledon at The All England Lawn Tennis and Croquet Club, Wimbledon. Picture date: Saturday July 3, 2021.

Tennis fans, rejoice! There’s plenty to look forward to this year with Wimbledon becoming a 14-day tournament for the first time, thanks to the introduction of play on Middle Sunday.

After she took the tennis world by storm after her US Open win in August 2021 and won Sports Personality of the Year in December, there’s every chance Emma Raducanu will deliver at Wimbledon 2022, and with the likes of the legendary Rafael Nadal and Novak Djokovic battling it out for the most Slams in history, we’re likely to be positively glued to our screens. 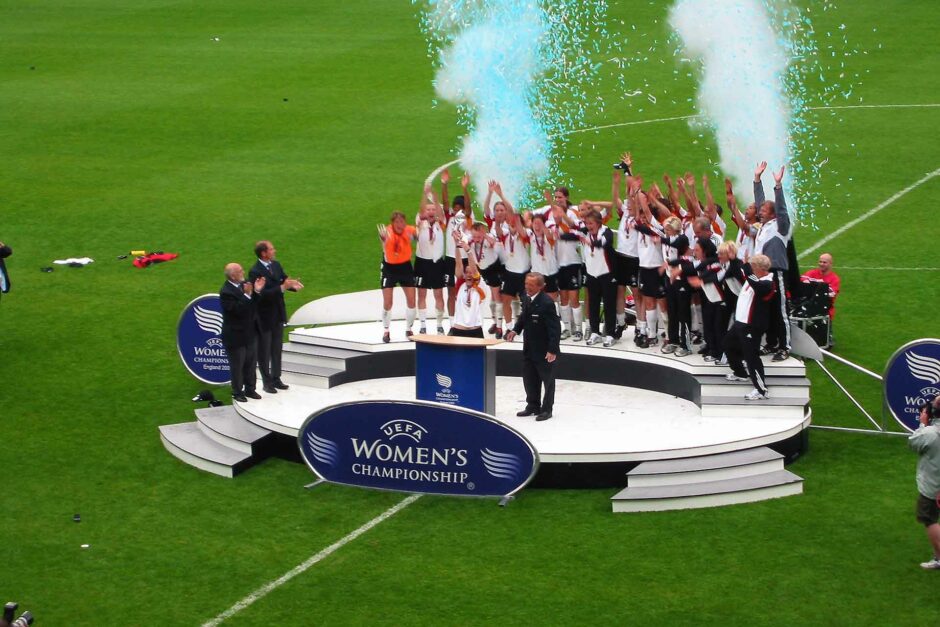 The Lionesses will face Austria in the first game at Old Trafford on July 6, then they’ll be playing Norway at Brighton’s Amex Stadium before heading along the coast to St Mary’s, Southampton to play Northern Ireland. We’re rooting for them! 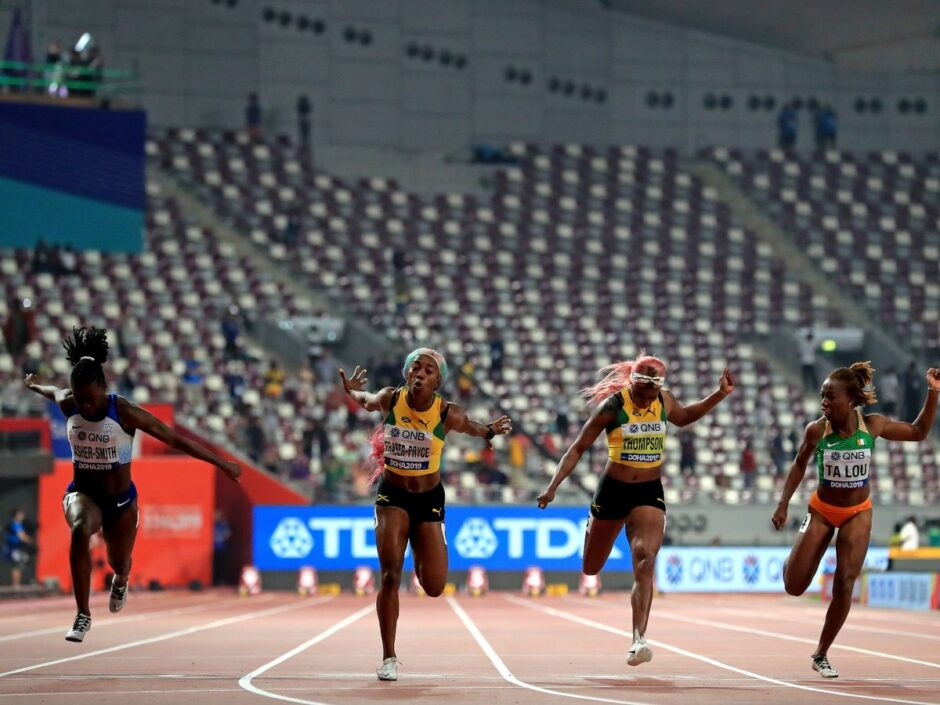 The World Athletics Championships will make history as they arrive in the United States for the very first time. Over the course of 10 days, this extraordinary showcase will bring the world together to celebrate diversity, human potential, and athletic achievement, with 2,000 athletes taking part. 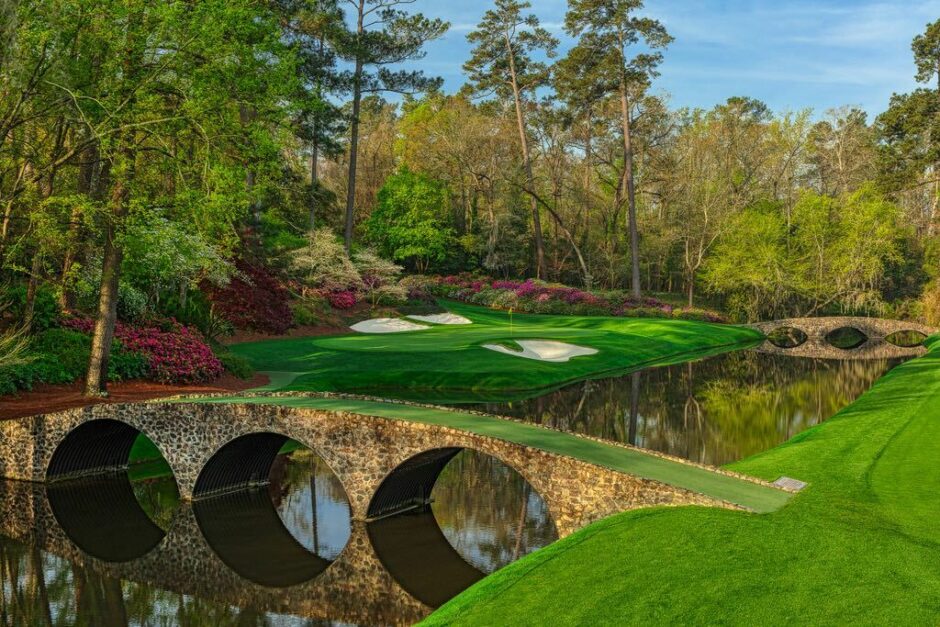 The question on all our lips when it comes to golf is, will Tiger make it to Augusta to fight it out for his 6th green jacket? Having recently played with his son Charlie at the PNC Championship, it’s looking ever more likely. But there will be plenty of other players there looking to spoil the comeback (if it does happen) and take the first Major of the golfing season? 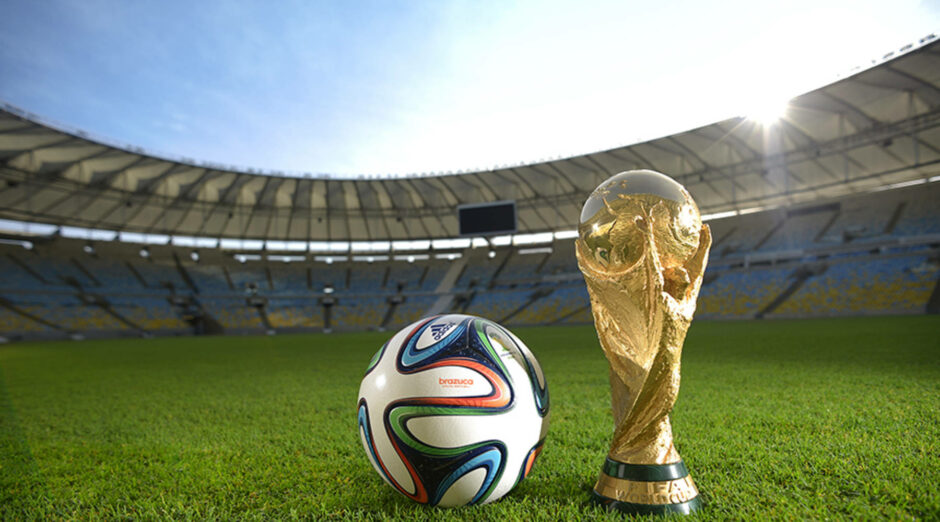 For the first time in the competition’s history, the World Cup will be held in the Middle East in the State of Qatar – the first Arab country to ever host the tournament. Taking place every four years, the FIFA Men’s World Cup sees 32 nations compete for the title of world champions. The draw for the group stage will take place on April 1, so stay tuned. Here’s hoping the Three Lions can emulate their Euros success!

Red Dead Online players are upset over the lack of content

How to Prepare for Buying New Wheels from the Showroom –

5 Characteristics of Emotions Every Mature Man Should Know

Role Of Artificial Intelligence And Machine Learning In Digital Transformation