Keyla Monterosso Mejia stole the show on ‘Curb Your Enthusiasm’

The day before she started her new job, Keyla Monterroso Mejia “cried my eyes out.”

It’s not the reaction you might expect from an actress landing her big break — in this case, on HBO’s “Curb Your Enthusiasm.” But Mejia, 23, said things were even more extreme when she first found out she got the gig.

“My heart sank to my ass!” she told The Post. “It was the best, worst news ever. I don’t think I’ll ever be as scared before a project as I was the night before I started shooting ‘Curb.’ I was so full of doubts. I had nightmares that I would be on the set and they would fire me.”

Instead, Mejia, who had no professional TV experience, turned out to be the brightest light of the show’s 12th season: stealing scenes from stars Larry David and Cheryl Hines.

Even better, she’s done it by playing the world’s worst actress. Maria Sofia Estrada is a Mexican short order cook whose father blackmails David into hiring her for a part — meant to be that of a slim Jewish ballerina — on a show he is producing.

But Maria Sofia fancies herself an actress, and has the ego and temperament to boot. She becomes David’s bête noire as she bumbles, brawls and sometimes breaks out into incredibly awkward “sexy” dances.

Keyla Monterroso Mejia said her family wanted her to be a barber — like many of them are — but she was terrible at it.Photo Copyright John Chapple/www.JohnChapple.com

“Marques Rey, who plays my dad, was incredible,” Mejia said. “He just said this line to Larry, ‘You know, my daughter can dance.’ He came up with the idea and all I had to do was execute it.”

The first-generation American daughter of immigrants from Guatemala and Mexico, Mejia said she “had nothing on my resume but two short films,” but that was enough for a casting agent to discover her. “They were really taking a chance on me.”

She ended up being in six episodes when she was initially hired for just one. Now the actress is getting a raft of offers, and has just wrapped a national commercial and booked a new movie with major stars that she can’t reveal yet. She’s also part of the cast of the upcoming Netflix series “Freeridge.” 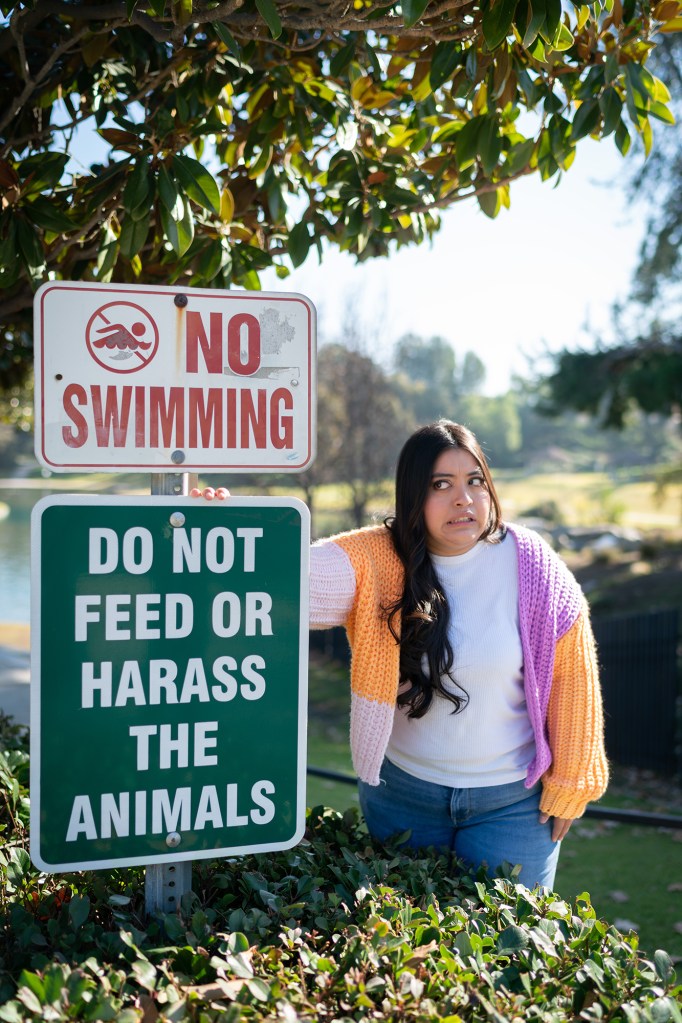 The bubbly Mejia spoke to The Post on Zoom from the same modest bedroom in Chino Hills, Calif., where she also auditioned virtually for David and “Curb” producers. She lives there with her mother and younger brother.

Her parents, Juan Carlos and Chely, both barbers, don’t speak much English. They still don’t have any idea who Larry David is, Mejia said.

All she has in common with Maria Sofia, Mejia explained, is that she knows what it’s like to really bad at something. In addition to her parents, many of her aunts, uncles and cousins are barbers.

Her family expected she’d be one too, and tried to train her when she was a teenager. 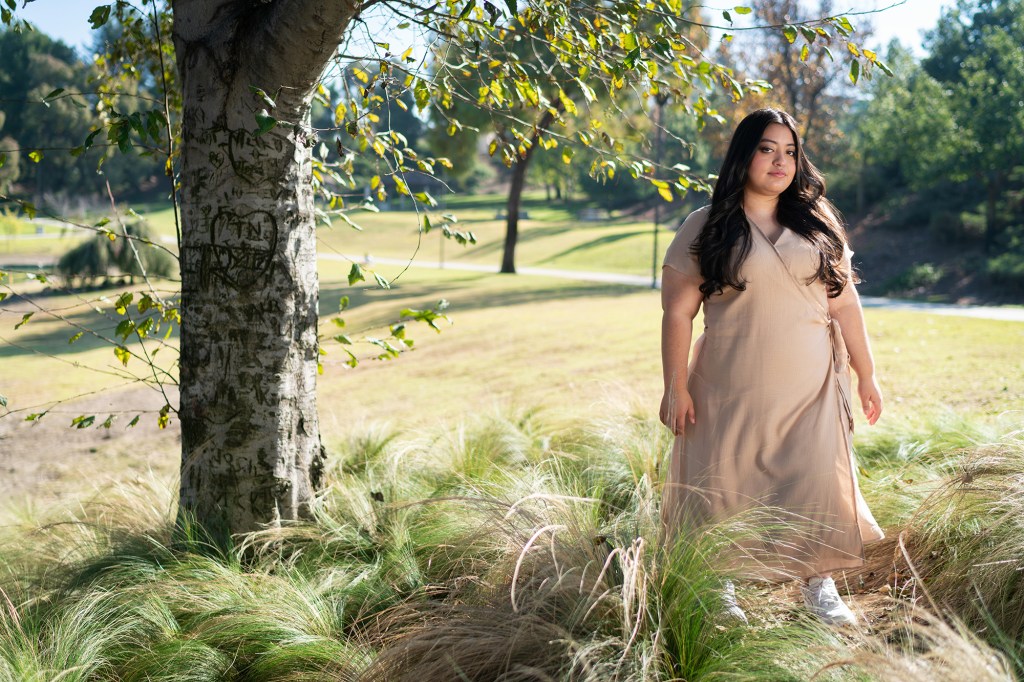 After watching a documentary on “In the Heights,” Mejia felt there was a place in Hollywood for her.Photo copyright John Chapple/www.JohnChapple.com

“I was the worst barber ever,” Mejia said. “I apologize to anyone whose hair I cut. I was so nervous. I’d start sweating when I had to cut hair.”

She dreamed of being an actor but never told anyone until a friend mentioned a performing arts high school in nearby Pomona. Mejia, then 15, talked her parents into letting her apply, and she got in. She stayed through her junior year then switched to a homeschool program.

She said that some of her biggest inspiration came from watching the 2017 documentary, “In the Heights: Chasing Broadway Dreams,” that chronicled the life stories of Lin-Manuel Miranda and the cast of his musical.

“I wanted to be an actress but it seemed like a faraway dream,” she said. “Then I watched that documentary. It gave me such motivation. I can’t sing or dance but it made me feel there is a place for me in acting — a place for people who look like me. And it might be tough but it’s not impossible.” 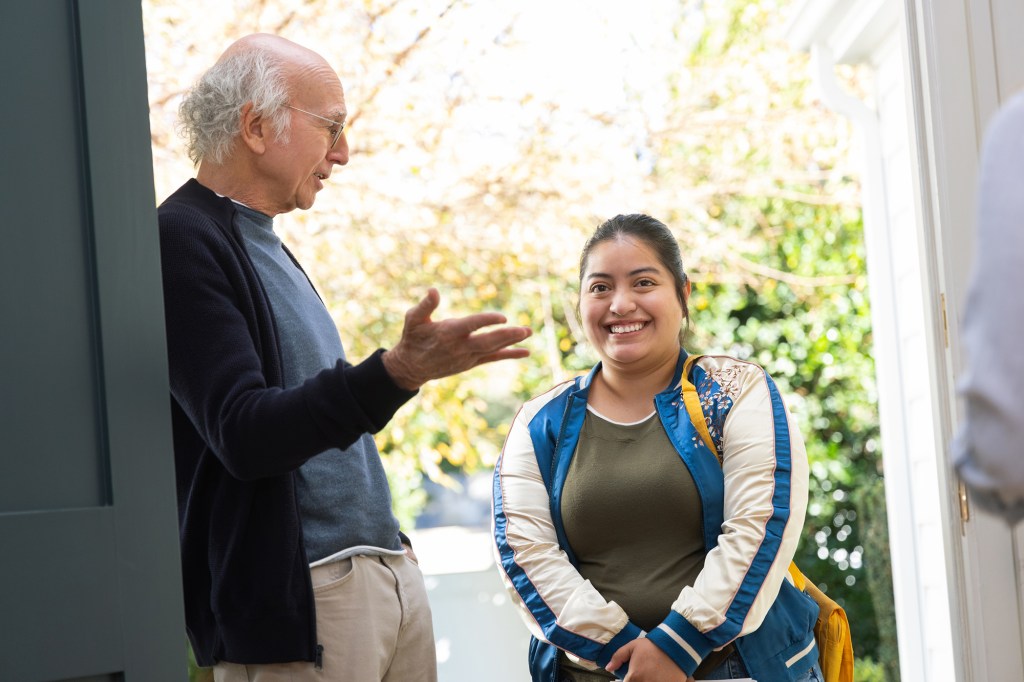 Her character, Maria Sofia,was the bane of Larry David’s existence on the show.

Her father, after working 12 hours in the barbershop, would drive Mejia to her acting coach, Gloria Garayua, in LA and back several evenings a week. She was so scared the first time they went that she was afraid to go in, even though she’d set the whole thing up herself.

“My dad and I had an argument outside [Garayua’s] place,” Mejia said. “I said, ‘No, I can’t go up to the door, I’m too scared.’ So my dad said, ‘We didn’t come here for nothing. I’ll do it.’ He knocked on this lady’s door and said, ‘This is my daughter. She wants to be an actress. Can you help her?’”

Her dad, Mejia said, is proud of her but fell asleep while watching her first episode of “Curb” because he didn’t really understand it.

The actress herself had never heard of the show before her tryout, although she was vaguely aware of “Seinfeld,” which Larry David famously co-created and wrote.

“We don’t have cable so I watched a lot of ‘Curb’ on YouTube clips” when she got the audition, she said. “Then I bummed a friend’s HBO account to watch the rest.”

She almost lost it when she found out actors on the series are expected to improvise. 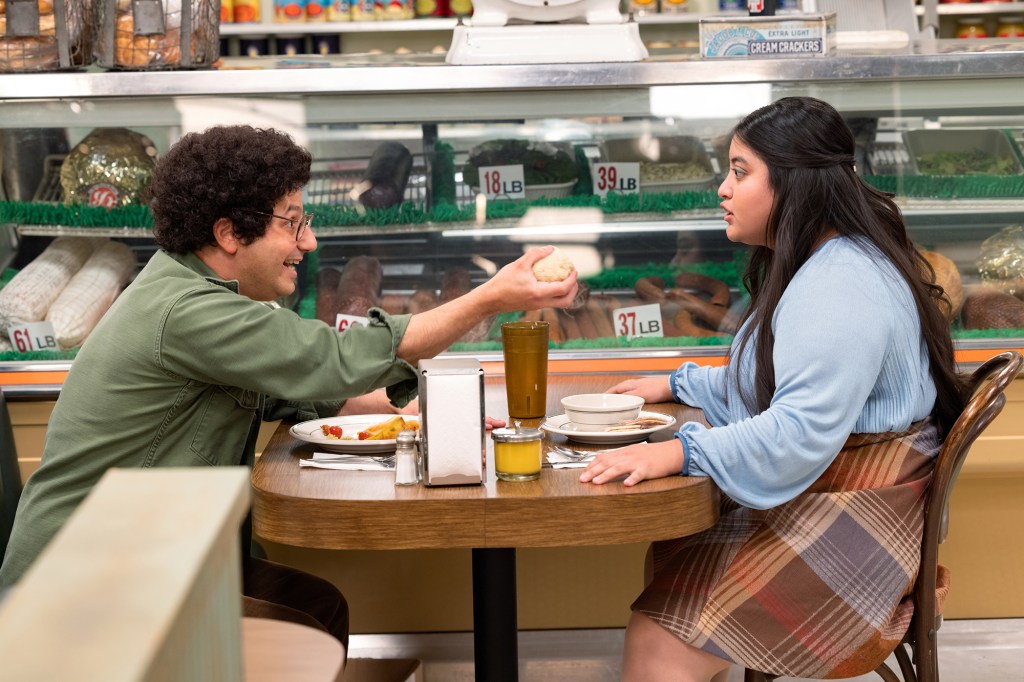 Mejia had only a couple of short-film credits on her resume before landing the “Curb Your Enthusiasm” role.

At her improv class at the performing arts high school, Mejia said, “I’d just sit in the corner, paralyzed. I told myself, ‘I never want to feel this way again.’”

After high school, she decided to tackle the problem head-on by signing up for classes at the The Groundlings, the famed improv and sketch theater and school.

So when “my agent said I was going to do improv [in an audition] with Larry David himself, I swear to you, my heart went to my ass again.”

Mejia said she had planned the character as sort of “quiet and weird and soft.”

But to her surprise, David “got aggressive and mean and grumpy and started attacking me. At one point he said he was going to drag me out by my hands. 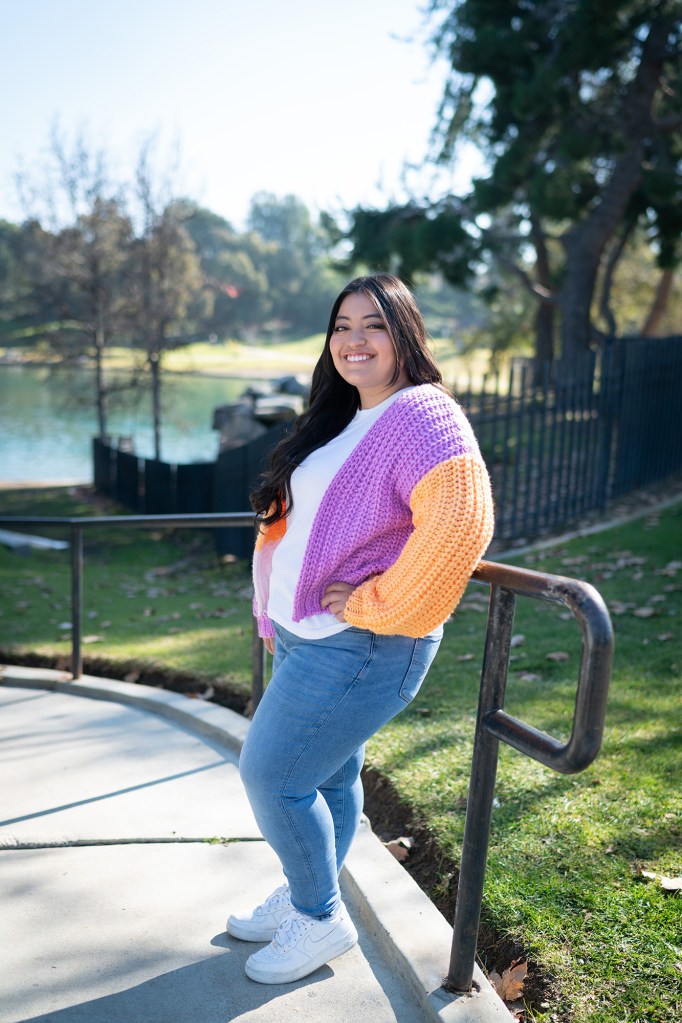 The actress has now landed several other roles, including a big movie.Photo copyright John Chapple/www.JohnChapple.com

“I just felt, you’re not going to talk to Maria Sofia like that,” she said. “And my character was born in that moment. I shoved my hands at the screen at Larry and said, ‘Try it bitch!’”

Everyone laughed, and she was told she got the part the next day.

During filming, her improv mostly went well — except for when she accidentally scratched Hines in a faked catfight and drew blood.

Mejia calls her experience on “Curb” a “fairy tale,” but admits she doesn’t remember a lot of it.

“I think my brain thinks it’s a bad memory and blocked it out because I had such nerves,” she said. “But you have no idea how grateful I am.”

Mary Mouser on Her Favorite Season of Cobra Kai Yet

Worth The Hype? Our Honest Opinions on Rare Beauty by Selena Gomez