“He’s getting better every day because of his work ethic,” offensive coordinator Bill O’Brien said over Zoom. “Ja’Corey has really come up big for us. He’s come up big for us with some big catches over the last few games, and that’s been important for our team.”

The 6-foot-2 Brooks’ coming-out party came against Auburn on Nov. 27, when he hauled in a game-tying, 28-yard touchdown catch in the final seconds that forced overtime in the come-from-behind victory. Then, in the Cotton Bowl win over Cincinnati, Brooks produced career-highs of four catches for 66 yards, which included a 44-yard touchdown grab. After Jameson Williams obliterated Georgia in the SEC title game, catching seven passes for 184 yards and touchdowns, the Bulldogs will almost certainly pay him extra attention. That could lead to more opportunities for Brooks.

Brooks could end up following in the footsteps of another famous Alabama wide receiver: former Heisman Trophy winner DeVonta Smith, who didn’t play much as a freshman, but broke out late in the year. He caught the game-winning touchdown in overtime of the 2018 national championship game. Georgia was the opponent.

“I think you guys are going to see very much more from him in his coming days,” Williams said, referring to Brooks.

In two games against Alabama, Georgia quarterback Stetson Bennett has thrown five interceptions in a pair of matching 41-24 defeats. He did throw for 609 in the two games, to go along with five touchdown passes, and offensive coordinator Todd Monken believes there was some bad fortune mixed into the performances.

“The first turnover a year ago was a batted ball that was out of his control, the second interception was a tipped pass on an end cut that went directly to them,” Monken said. “The third one was a poor decision.

“So the bottom line is I can do better as a coordinator to put him in a better position to be successful. He understands that. Our team understands that. So I expect him to play well just like I did last week.”

In the Orange Bowl, Stetson thrived, completing 20 of 30 passes for 313 yards and three touchdowns in a rout of Michigan. This opponent, of course, is different. It’s Alabama, which has defeated Georgia seven straight times and has its quarterback’s number. But Monken pointed to Bennett performing well in stretches in the two games as proof he is capable of beating the Crimson Tide. 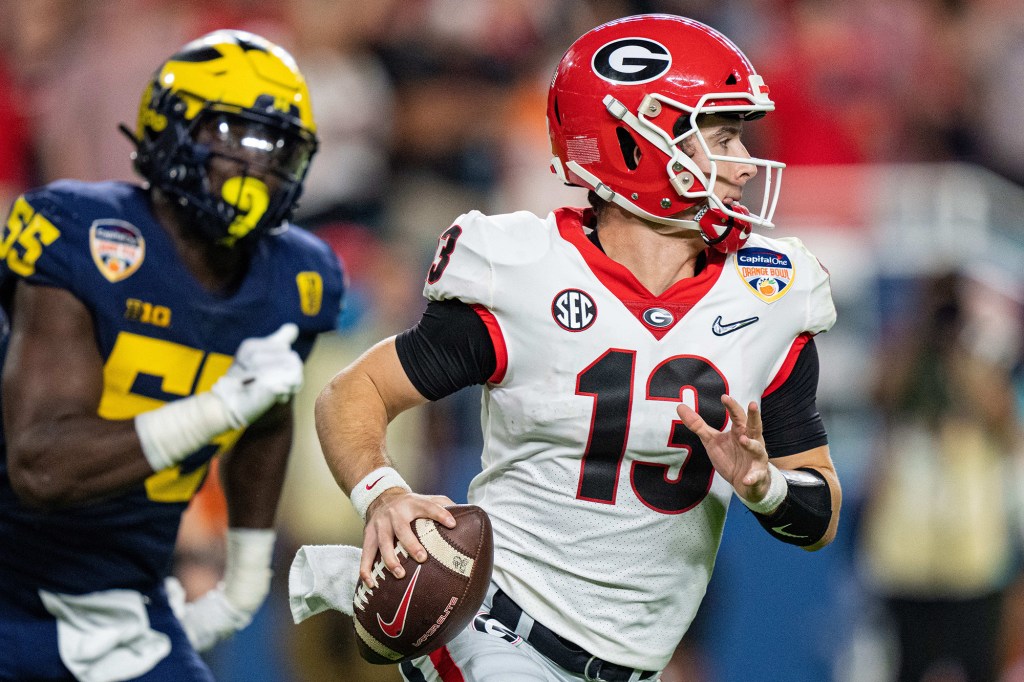 “He has everything we need to be successful offensively,” Monken said.

Alabama has multiple injuries to important players that are worth monitoring. Starting CB Josh Jobe (turf toe) missed the Cotton Bowl and is unlikely to play Monday night. He was replaced by highly regarded freshman Kool-Aid McKinstry, who performed well. Fellow starter Jalyn Armour-Davis (hip) was in and out of the game while starting OL Emil Ekiyor (shoulder) and Chris Owens (ankle) suffered injuries in the win. Nick Saban hasn’t offered much insight into their status, saying the players will be monitored leading up to Monday’s game.

The innocent victims slaughtered as they tried to flee Ukraine