Want to play your PC games across multiple devices? At CES 2022, Alienware unveiled Concept Nyx technology, which can do just that! It supports seamless gaming on more than one display and lets you run up to 4 games in simultaneous split screen. This is one to keep your eye out for. Read on to learn more!

What evolves faster than the way in which we play games? Video games have been mostly stationary and even mobile devices are still limited to those devices themselves.

However, in recent years we can see that the technology needed to stream gameplay is becoming more and more plausible. While some companies work toward creating platforms that allow you to stream games from their servers, Alienware has a new concept—Nyx—with something else in mind. Let’s dive in and take a look!

Concept Nyx will let you play games across compatible displays

The general idea behind Alienware’s Concept Nyx is that, rather than providing a streaming game service, it instead wants to provide new ways to play your already owned games anywhere you want to.

For example, when you watch a TV show on a platform like Netflix, you can begin streaming content on your smartphone on the bus ride home. Then, after you arrive, you can crash on the couch and pick up where you left off—right on your living room TV. Concept Nyx seeks to create that same kind of fluidity, only with gaming.

Jump from a PC to TV and play 4 games simultaneously

Say you’re invested in lengthy Warzone matches, but you’re tired of sitting in your computer chair. The ability to jump to your couch with an even larger display can be a welcome change.

Perhaps in between matches you want to mosey around the Heartlands in Red Dead Online. No problem, since Nyx will allow you to use a split-screen mode so that you can play more than one game at the same time.

That’s an especially handy feature to have. After all, even if the idea doesn’t appeal to you, options are always nice. 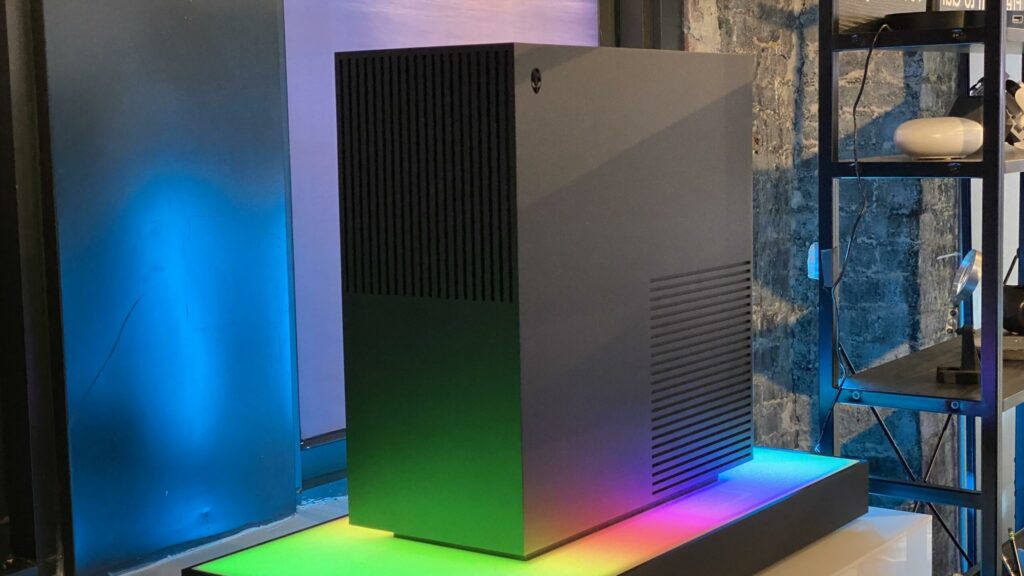 Concept Nyx runs off of a special Alienware server

Where is Concept Nyx in development and how much will it cost?

Alienware’s Concept Nyx isn’t something we expect to see anytime soon since it’s still only an idea. However, that doesn’t mean it can’t come sooner than expected.

The idea is solid, and there’s clearly a market for it, but the technology does need work. For example, Nyx will need to have a gaming machine (like a PC) that packs enough power under the hood to support running up to 4 games at one time. Then, it will need to also be capable of handling the networking end of things as well.

The biggest questions at this point are whether Alienware will answer this need by providing its own hardware able to do the job. And will Nyx require a monthly subscription? How much will either of these things cost? Until Alienware provides more information, all we can do is wait and see. 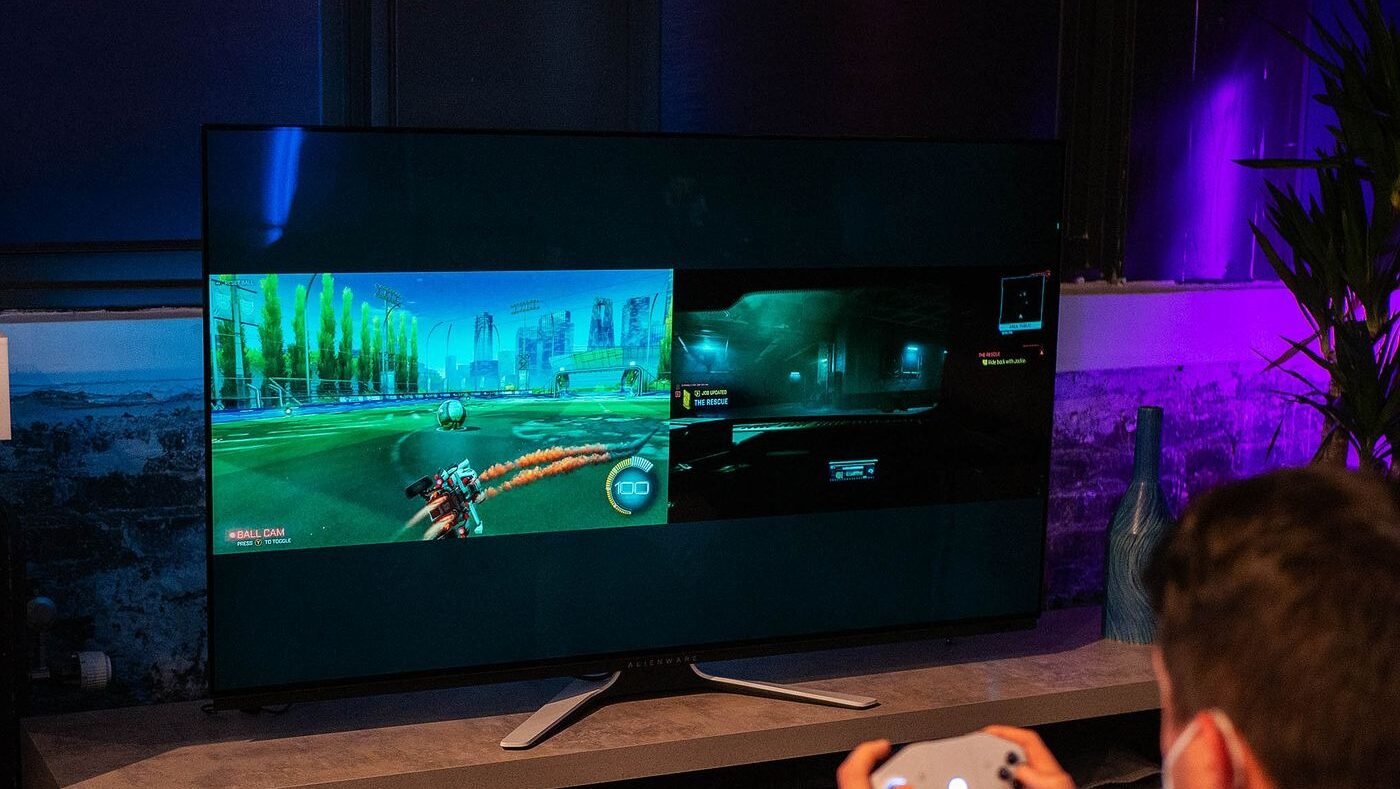 All-in-all, it’s encouraging for us in the gaming community to see how the technology is finally starting to come around for streaming gameplay. While services like Google Stadia can be a little rough around the edges, it’s come far enough to ensure that game streaming isn’t impossible, nor is it even on the horizon. It’s clearly in sight, just down the road.

Soon enough, we’ll be able to have that display-switching experience mentioned above. In fact, with other companies throwing their hats in the ring with products like Amazon Luna and Valve’s Remote Play, there’s plenty to feel hopeful about.

After all, what gamer doesn’t want the flexibility to enjoy their games anywhere and everywhere? Large developers know there’s a market for it, so the technology is likely to remain an important focus for tech companies. I’ll be perfectly happy to connect a portable controller up to my iPad Air and play Cyberpunk 2077 to ease the pain of waiting on an unexpectedly delayed flight.

Would you like to be able to game across multiple devices? Let us know what you think of Alienware’s Concept Nyx in the comments below!

If It’s Really a ‘Pandemic of the Unvaccinated,’ Mr. President, Why Is My Vaccinated 6-Year-Old Wearing a Mask?

A Smart TV With Above-average Performance

AC/DC Issue ‘For Those About to Rock We Salute You’