Where Does Competitive Pokémon Go From Here?

Over the holidays we’re republishing some of our best features, interviews, opinion pieces and talking points from the previous 12 months from staff and contributors alike — articles that we feel represent our best of 2021. In them you’ll find our usual mix of thoughtfulness, frivolity, retro expertise, gaming nostalgia, and — of course — enthusiasm for all things Nintendo. Enjoy!

Two years have passed since Pokémon Sword and Shield inaugurated the eighth generation of Pokémon games. With it came indignation from some fans, though most agreed Sword and Shield didn’t flounder when it came to its competitive scene.

Pokémon tournaments are played under the Video Game Championship (VGC) umbrella, and online Ranked Battles in Sword and Shield mirror the VGC ruleset. Tournaments, both grassroot and official, are frequent, and exciting rule changes occur every three months, restricting and unrestricting the availability of certain Pokémon.

Yet we’re now nearing the release of the next games – the Pokémon Brilliant Diamond and Shining Pearl remakes – which will have little, if any, effect on competitive Pokémon. During the Pokémon Presents in August, The Pokémon Company stated November’s remakes will not include Ranked Battles. Next January’s Pokémon Legends: Arceus, while an intriguing departure from the usual formula, will shelve online battles entirely.

With no Generation IX on the horizon just yet, where does that leave competitive Pokémon? We asked Aaron “Cybertron” Zheng, a real-life Pokémon Master, that very question. 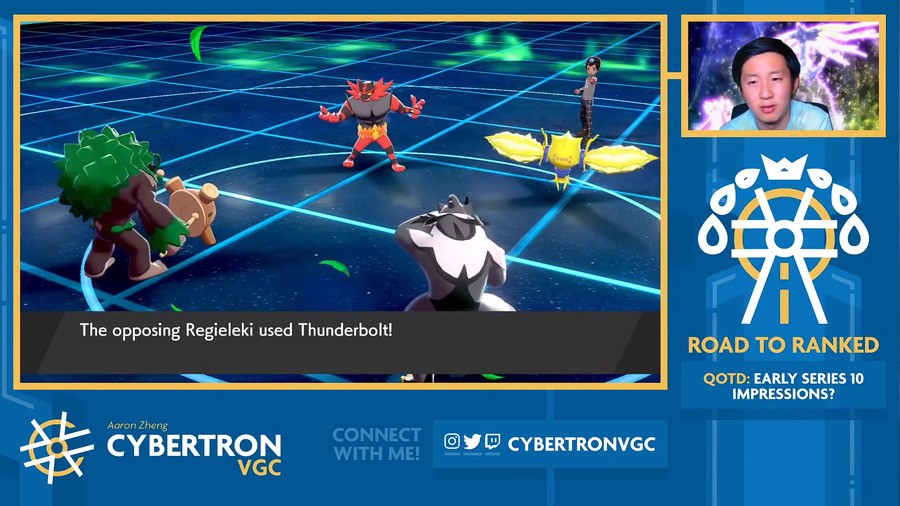 When we call Zheng a Pokémon Master, we mean it. He has qualified for eight different VGC World Championships since 2008 and won several Regional and National Championships. He also runs an informative YouTube channel that he has kept updated frequently since 2014. The Pokémon Company International recruited Zheng to commentate on multiple International and World Championship tournaments, making him one of the most prominent experts in competitive Pokémon. He knows his stuff all right.

Zheng’s dedication makes him the perfect person to comment on the challenges competitive Pokémon players face and the difficulty of growing the scene. In particular, we asked him for his thoughts on Pokémon’s inaccessibility. Despite being a deceptively simple game, it takes a substantial amount of time and requires knowledge of many esoteric mechanics to build a competitive team. You can’t just take your favourite ‘mon and find success online. 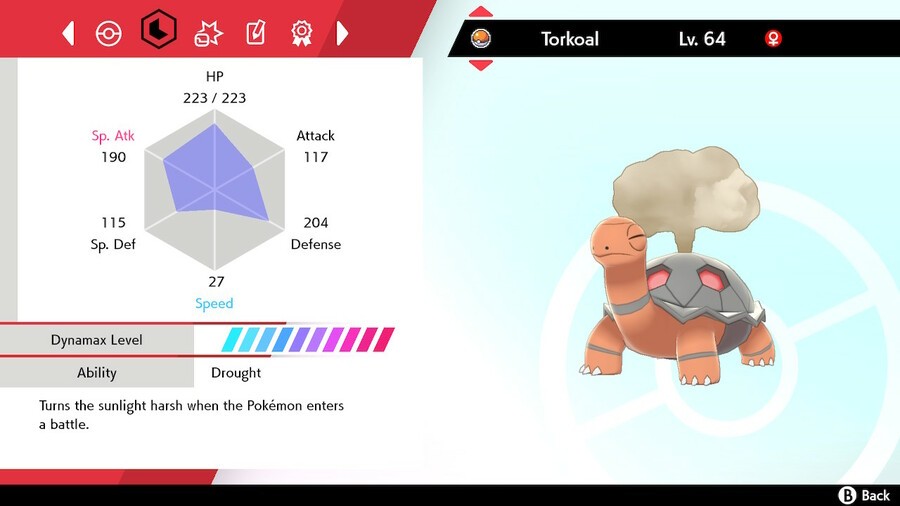 For example, breeding a Torkoal with zero speed IVs to allow it to attack first when under Trick Room can take hours. If that sounds like another language to you, that’s just the tip of the Avalugg. Understanding effort values, natures, egg moves, hidden abilities, held items, and so on is necessary, and Sword and Shield do not explain these intricacies well. It’s up to people like Zheng to break it down battle by battle on platforms like YouTube. And even with help, jumping into competitive Pokémon is a daunting task.

I think of League of Legends. Yeah you play casually, but anyone that does can still tune into the major tournaments and follow along. For Pokémon, it’s such an intricate part of the game that you have to find and invest in.

“Competitive Pokémon has always felt like a lot of people don’t know about it or find it somewhat inaccessible,” Zheng said. “It’s such a small component of the Pokémon brand, whereas other games are based around the competitive scene. I think of League of Legends. Yeah you play casually, but anyone that does can still tune into the major tournaments and follow along. For Pokémon, it’s such an intricate part of the game that you have to find and invest in.”

Sword and Shield did introduce nature mints and made it easier to rent teams other players built, but developer Game Freak could still make many things clearer. Zheng, however, doesn’t think accessibility is the main problem. Rather, he’d like to see competitive Pokémon promoted more within the games themselves. He brought up how the League of Legends game client advertises the World Championships when you open it. Pokémon doesn’t promote much in-game, leaving players to stumble upon tournaments elsewhere.

Despite all this, it’s not all Houndoom and Gloom for competitive Pokémon. Like literally everything, in-person Pokémon events were shelved when the pandemic hit. Zheng attended an event before then, and had this to say about it:

“The Regional Championship we had in Dallas was wild. It was the largest Regionals we had in years, and it really felt like 2020 was going to be such a great year for the scene to blow up.”

Zheng holds out hope that when in-person events return next year, the competitive scene will see a resurgence of interest. That’s not to say the pandemic stopped Zheng from playing. On his YouTube channel, Zheng features a new team every two days built by players from around the world, keeping up-to-date with meta changes as they happen, while explaining his thought process behind each play in great detail. The video below highlights what to expect from his channel:

“It’s mainly just passion,” Zheng said when asked how he managed to upload a set of matches almost daily for two years. “Sword and Shield was so exciting. Just seeing so many people get into it. There’s so many cool teams to try out. People share their teams with me all the time.”

Outside of watching Zheng’s channel and browsing communities like the VGC subreddit, he offered some advice for those looking to learn how to compete:

It’s a game in which even the best players lose all the time. Don’t be afraid to lose… There’s no one right way to play Pokémon – see what works for you and go from there.

“It’s a game in which even the best players lose all the time. Don’t be afraid to lose. Losses are really your best way to learn. Team building can also be pretty daunting, that’s why I typically recommend for people looking to get good to try out some of the more successful teams. And overall just remember to have fun. If you’re not having fun with the game, step away, try a new team, or take a break from it. There’s no one right way to play Pokémon – see what works for you and go from there.”

The Pokémon Company recently announced Ranked Battles will soon rehash a ruleset first introduced last February, which disappointed many players. It’s also likely that we won’t hear anything about Generation IX until well after Pokémon Legends: Arceus launches early next year. However, with content creators and competitors as passionate as Zheng continuing to keep the torches lit – making a complicated, inaccessible and under-promoted game more digestible for thousands – competitive Pokémon’s future looks as bright as a Pikachu using Flash in the depths of Mt. Moon. 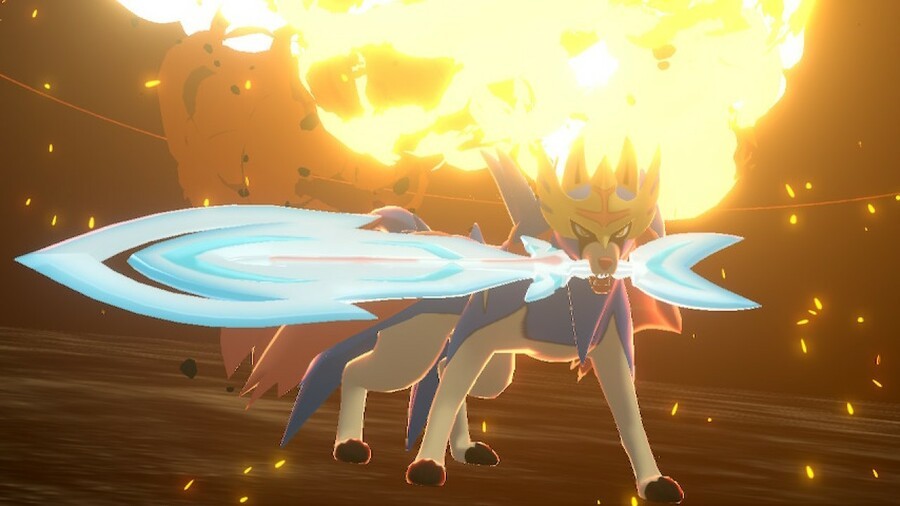 In Defense of Raw Batter

What Is The Difference Between Real And Lab Created Diamonds?