The show goes on.

Betty White was set to celebrate her 100th birthday on Jan. 17, and a tribute to her was set to play in movie theaters for one night only.

However, the Hollywood icon died on New Year’s Eve at the age of 99, just weeks before the big milestone.

But true to White’s showbiz roots, the special, titled “Betty White: 100 Years Young — A Birthday Celebration,” will still go on as planned despite Friday’s tragic news.

The event’s producers, Steve Boettcher and Mike Trinklein, told The Post that the film will still premiere next month.

“Our hearts mourn today with the passing of Betty White. During the many years we worked with her, we developed a great love and admiration for Betty as a person, and as an accomplished entertainer,” they said.

“America’s grandma” will perhaps be best remembered for her scene-stealing roles in two pioneering sitcoms — as the promiscuous cooking show host Sue Ann Nivens on the “The Mary Tyler Moore Show” in the 1970s and sweet-natured simpleton Rose Nylund on “The Golden Girls” in the ’80s.Getty Images

“We are thankful for the many decades of delight she brought to everyone. Betty always said she was the ‘luckiest broad on two feet’ to have had a career as long as she did. And honestly, we were the lucky ones to have had her for so long,” the producers continued.

They added, “We will go forward with our plans to show the film on Jan. 17 in hopes our film will provide a way for all who loved her to celebrate her life — and experience what made her such a national treasure.”

The movie was set to showcase the “Golden Girls” alum’s life behind the scenes, her advocacy for animals and friendships with her peers and family. 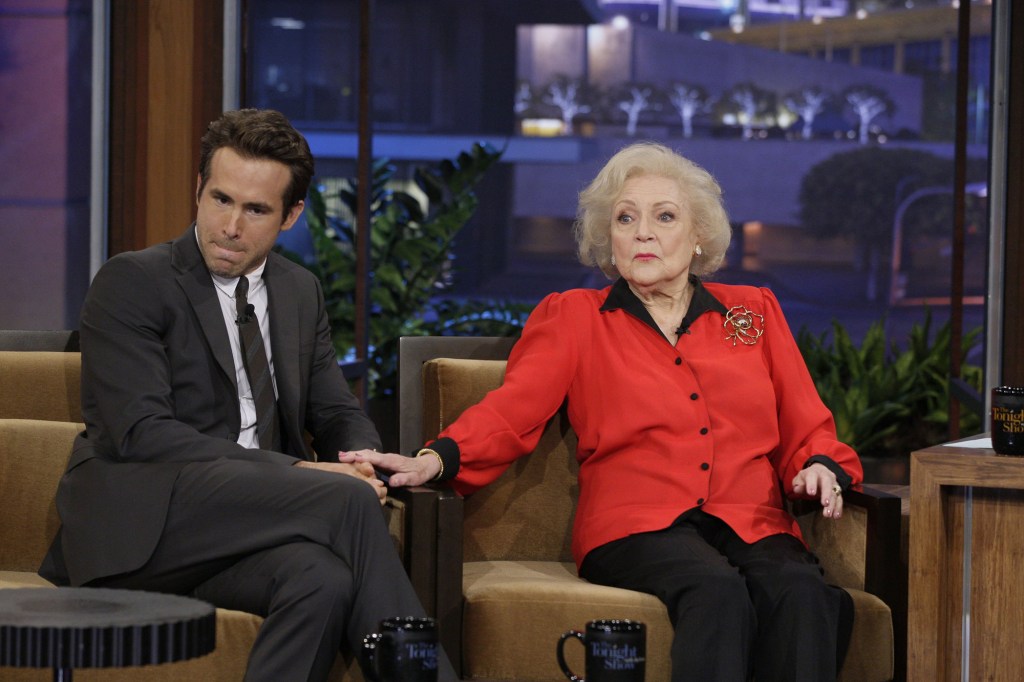 Ryan Reynolds and Betty White starred in the 2009 romantic comedy film “The Propsoal.”NBCUniversal via Getty Images

Highlight reels from her long and prominent career are to be featured in the show, along with footage from her appearances on “Saturday Night Live” and her roles on “The Mary Tyler Moore Show,” “The Proposal” and “Hot in Cleveland.”

Tickets are now on sale for the event.

White’s career spans nearly eight decades. In 1952, she co-created and starred in a Saturday-night sitcom called “Life With Elizabeth” — becoming one of TV’s rare female producers and earning her first Emmy nomination. 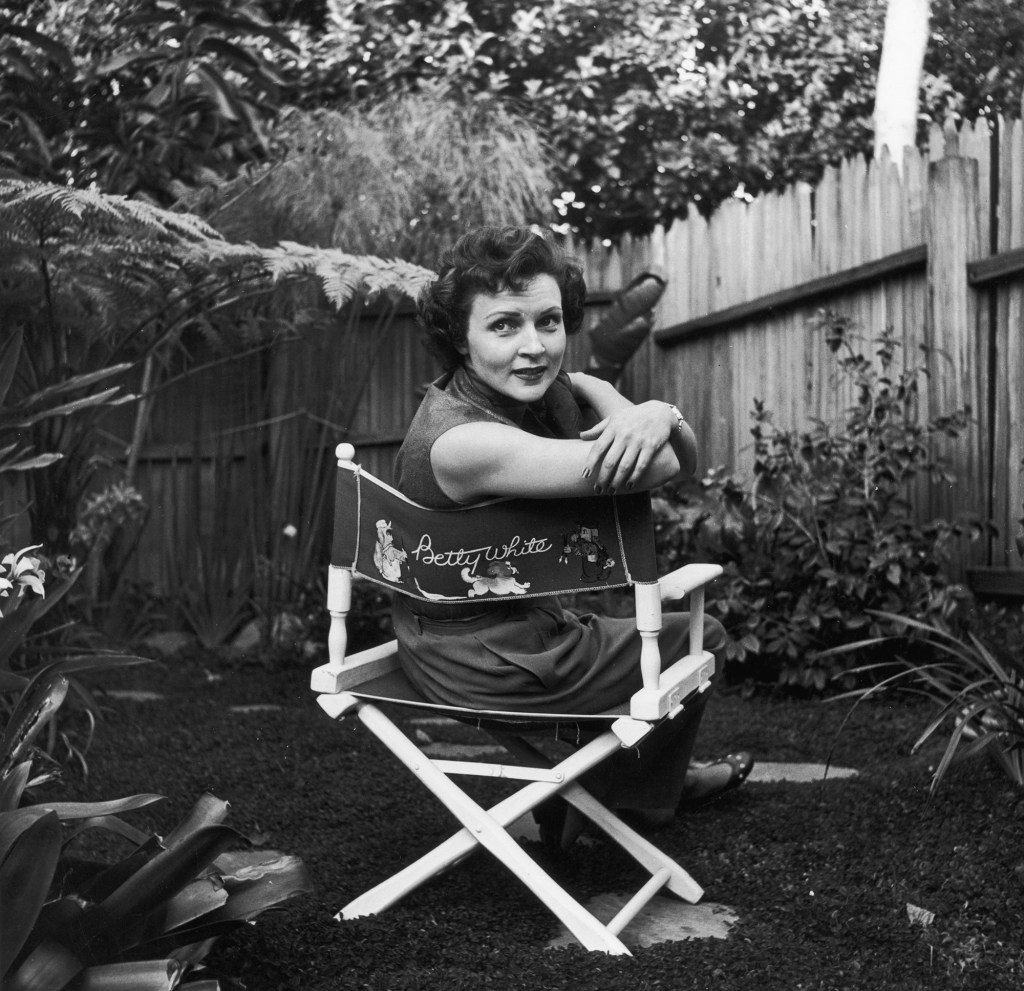 In the 1950s, White made history as the first woman to produce a show.Getty Images 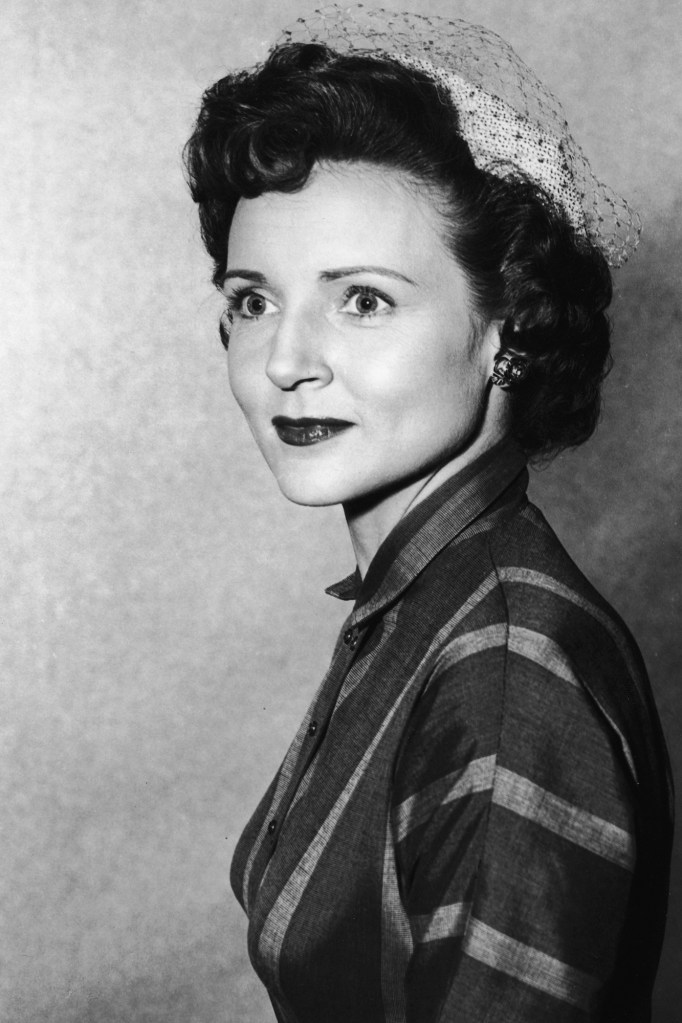 She continued her pioneering role both in front and behind the camera with the short-lived NBC talk show “The Betty White Show” in 1954.Getty Images 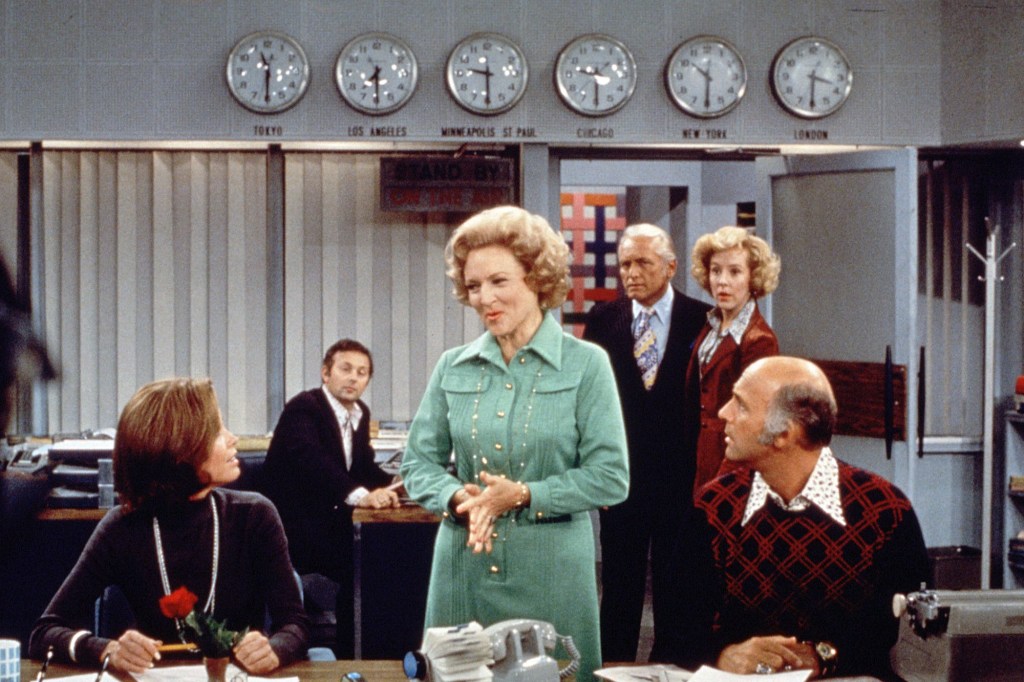 White had many memorable starring roles, such as in “The Mary Tyler Moore Show” (above), “The Golden Girls” and “Hot in Cleveland.”CBS via Getty Images 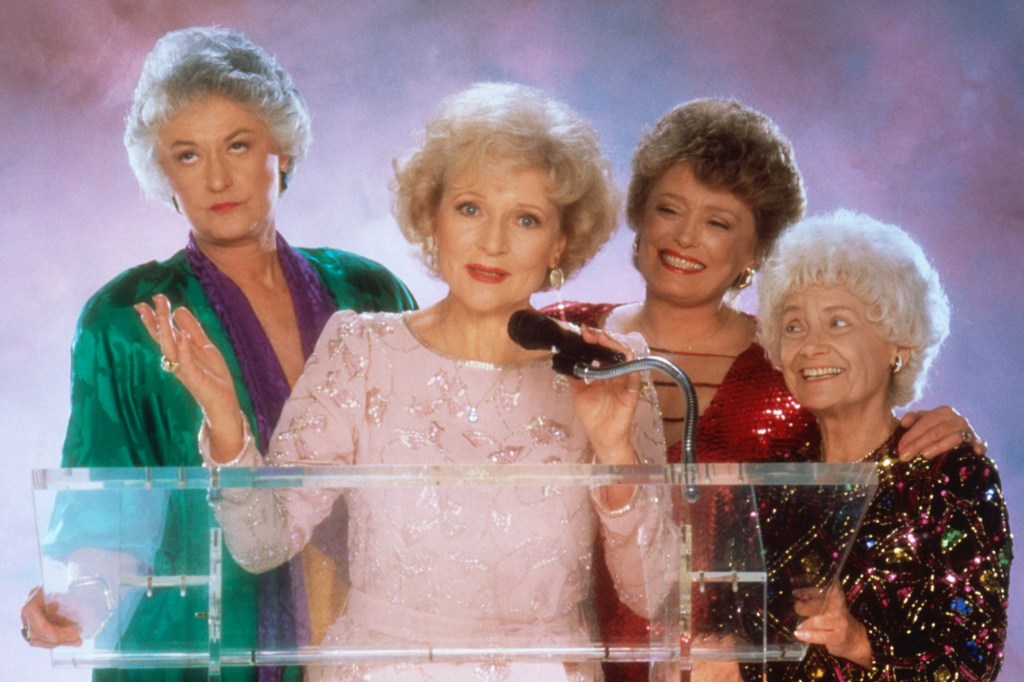 After decades in the spotlight, White’s more recent years were spent as America’s grandma.

Fans gathered outside her home Friday afternoon to pay their respects.

“We were hoping she would make it to 100,” Michael Douglas, 37, of LA, told The Post while wearing a “Golden Girls” face mask. “She was so sweet and caring. She was America’s grandmother. I saw my grandma in her. Our parents grew up watching her, and then we grew up watching her shows. I’m just very sad.” 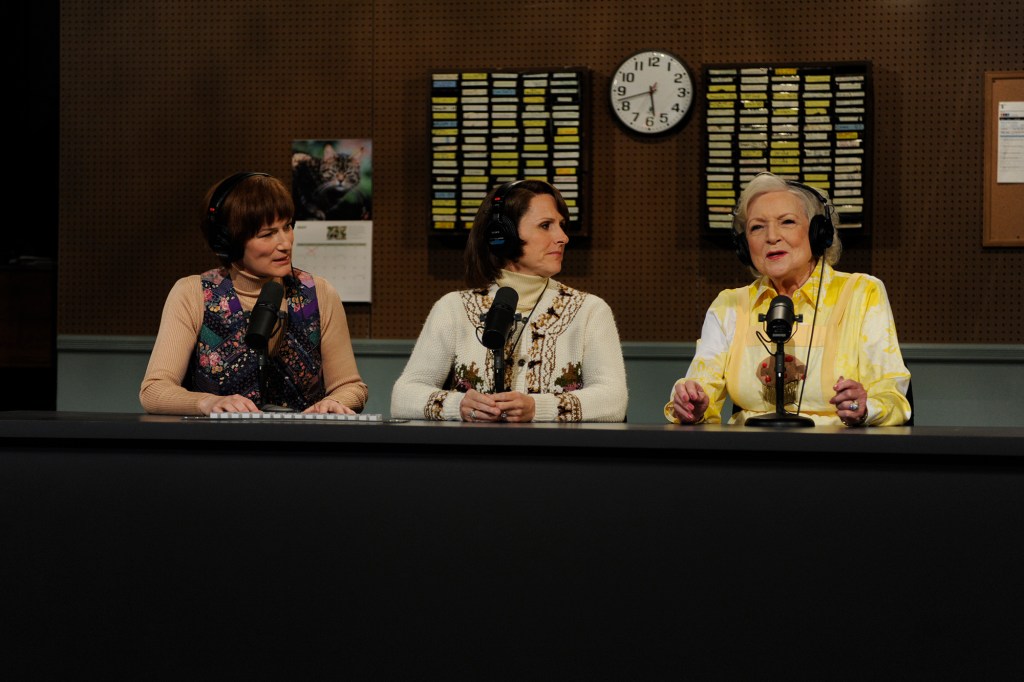 In 2010, when White’s fans began a Facebook campaign called “Betty White to Host SNL (Please),” it got almost a half-million people to sign on. She became the oldest person to ever host the show, at 88, and won her seventh Emmy for the performance.NBCUniversal via Getty Images

Despite the comedy icon having more than 120 screen credits to her name, there was one role that she never experienced: mother.

White had been open throughout her life about not wanting to have kids. Although she was married three times, she didn’t have biological children.

In a 2012 interview with CBS, the “Hot in Cleveland” actress discussed why she chose not to be a mom and if she regretted the decision. 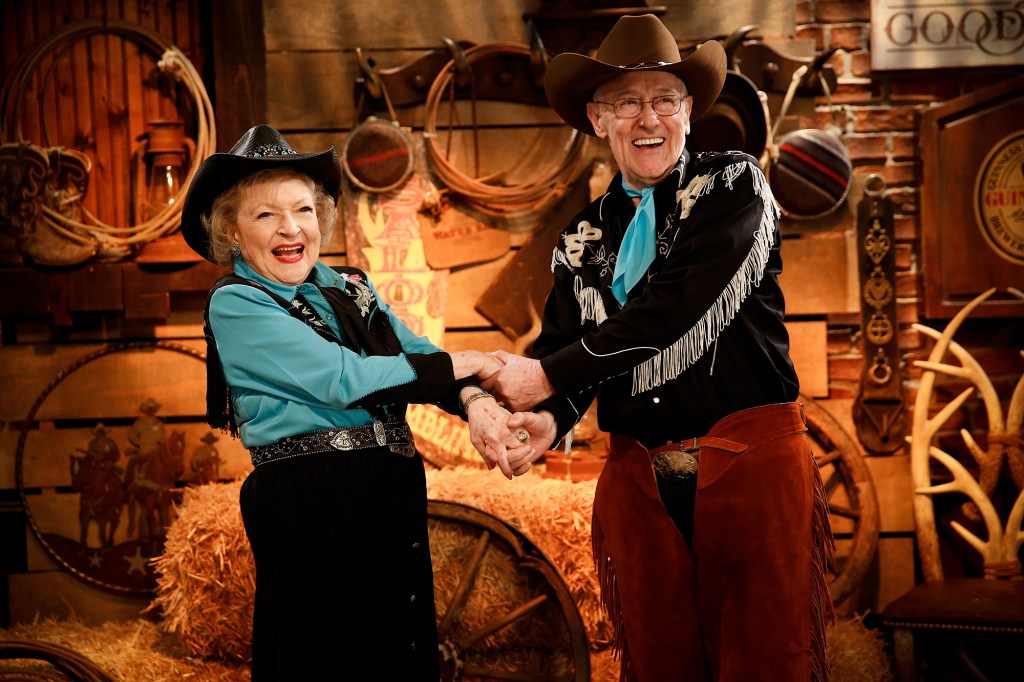 “No, I’ve never regretted it,” she said. “I’m so compulsive about stuff, I know if I had ever gotten pregnant, of course, that would have been my whole focus. But I didn’t choose to have children because I’m focused on my career. And I just don’t think as compulsive as I am that I could manage both.”