Samsung ditches the physical bezel, picks up a Pro Model for the Galaxy Watch 5 – TechCrunch 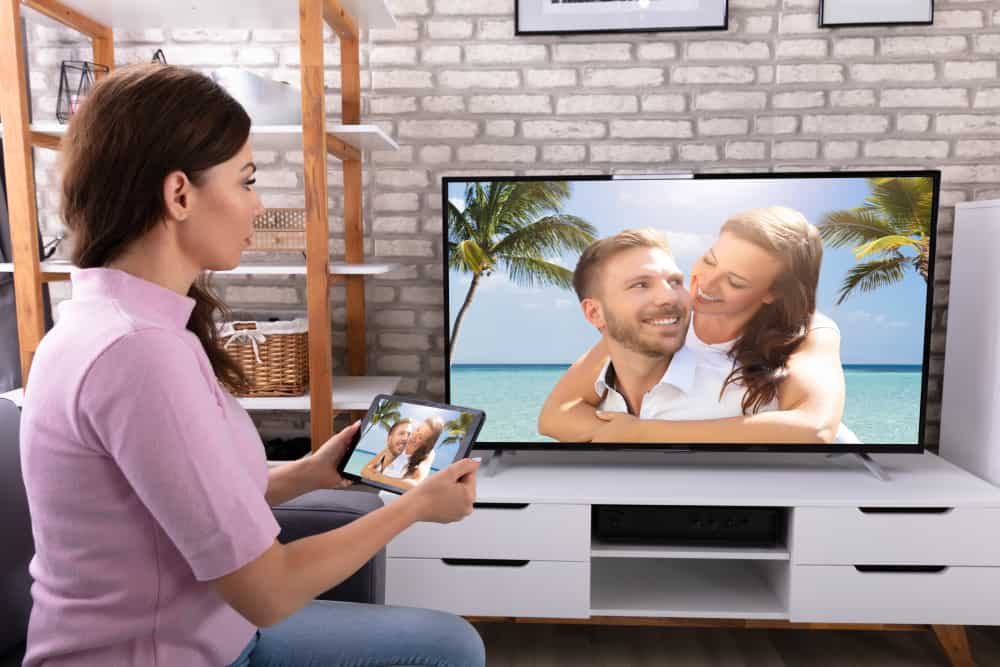 Are you yet to come across a Hisense television with top-quality features? If that’s the case, you should read this Hisense 55DU6500 review.

In this review, I will be giving you a clear and broad detail regarding all that the Hisense 55DU6500 has to offer. To accomplish this, I’ll go over the features of the television such as its display, design, ports and connectivity, sound, and smart features.

Ultimately, this review will assist you in making the best purchase decision. Thus, ensure you read this review article to the end to obtain all the information it has to offer. 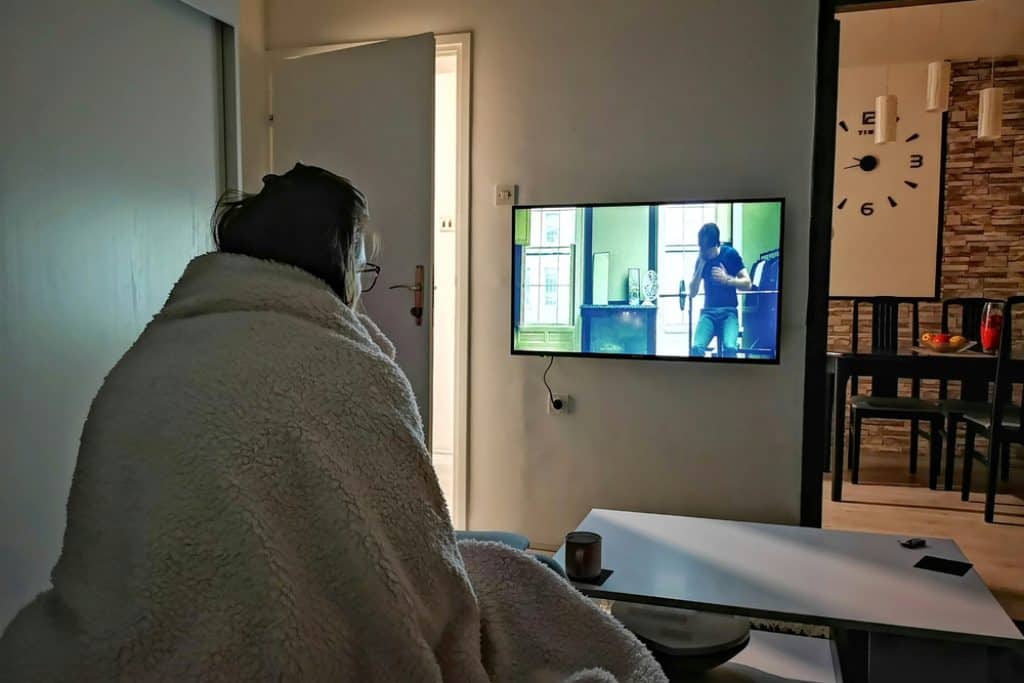 Hisense was founded in China in the year 1969 and they have gone on to become a globally recognized brand since then. In fact, they have become a brand you can call one of the best in the world when it comes to TV production.

A few of these features include impressive speakers, an outstanding 4K display, and Andriod TV OS. However, this television is somewhat pricey with a price tag of $986.72 – valid as of December 2021 when I wrote this review.

Now the main question is does this television actually worth its price tag? To find out, read on!

Hisense TVs, expensive or affordable, have been known to feature appealing designs. Thankfully, the Hisense 55DU6500 is not an exemption.

To give more details, the Hisense 55DU6500 features a plastic chassis with a smooth matte-black finish. Moreover, the display of this television is framed by moderately-sized dark-grey bezels.

Furthermore, on the center of the bottom bezel, there is a white “Hisense” logo.

Moving on, the Hisense 55DU6500 comes with two V-shaped feet. These feet are made with plastic and feature a black finish.

Additionally, the feet are very sturdy and support the television very well.

Alternatively, if you don’t want to make use of the feet, you can wall-mount this TV. Specifically, there are four VESA mount-compatible holes on the back of the TV which you can use to mount the TV.

Sadly, the back of the television is somewhat thick. Hence, when wall-mounted, the Hisense 55DU6500 will stick out of the wall.

On a positive note, there are tracks and clips on the back of this television for cable management. Also, the back of the TV looks appealing with a smooth black finish.

In conclusion, the Hisense 55DU6500 features a design one would expect from a $500+ TV. Impressively, this television features cable management that we rarely see on TVs in its price range.

Therefore, I will be rating the Hisense 55DU6500 a nine out of ten in this design review section.

Impressively, this display is made with two display panels which are the IPS and VA. The IPS panel (in-plan switching panel) allows the Hisense 55DU6500’s display to offer excellent viewing angles.

That said, thanks to the VA (vertical alignment) panel, the Hisense 55DU6500’s display offers an outstanding contrast ratio. To give more details, this television’s display comes with a 24,775:1 contrast ratio, which is one of the highest contrast ratios you will see on a LED display.

Also, movies with plenty of shadowy or dark scenes will be a joy to watch on the Hisense 55DU6500.

Moving on, the Hisense 55DU6500’s display supports HDR. HDR or High dynamic range is a picture technique that enhances the contrast and picture quality of a display when rendering HDR-supported content.

In addition to supporting HDR, the Hisense 55DU6500’s display has an impressive maximum brightness of 734 nits. As a result, even when viewing the Hisense 55DU6500 in sunny or well-lit environments, the content on the display will be bright enough to see clearly.

That said, if you love watching sports, action movies, or fast-motion content in general, you will appreciate the Hisense 55DU6500. This is because this television’s display comes with a fast response time of 5.1 milliseconds.

Briefly, response time is the amount of time it takes for a display to transition from one color to another. Thus, due to the Hisense 55DU6500’s display’s extremely-fast 5.1 milliseconds response time, blur trails will be minimal when viewing fast-motion content.

To give more details, the display comes with an input lag of 51 ms, which is practically too high for gaming. If you are wondering, input lag is the time it takes a display to receive a signal input.

In conclusion, the Hisense 55DU6500’s display has all the features to give viewers a premium viewing experience. However, gamers won’t particularly love this television due to its display’s relatively high input lag.

Notwithstanding, the Hisense 55DU6500 is deserving of a nine out of ten rating in this display features review section.

Additionally, these speakers are very loud to the extent that they can fill a large room with sound. However, the speakers don’t produce much bass due to the absence of a subwoofer.

On a more positive note, the Hisense 55DU6500’s speakers produce clear and accurate dialogue. Briefly, dialogue is the sound generated when two or more people are talking in a TV show or movie.

In addition to its clear dialogue production, the Hisense 55DU6500’s speakers produce minimal distortion. To give more details, even at the maximum volume, distortion is so minimal not everyone might hear it.

Impressively, at the moderate volume level, around 70% or below, distortion is inaudible on the television’s speakers.

If you’re wondering what distortion means, in this context, distortion refers to the deformation of an audio signal’s output. To put it another way, distortion changes the way a speaker produces sound, making it less pleasant.

In conclusion, although the Hisense 55DU6500’s speakers don’t produce much bass, it delivers clear dialogue. Also, the distortion performance of these speakers is top-notch.

Additionally, the television’s speakers are loud enough to fill a large room with sound. Therefore, there is nothing stopping me from rating the Hisense 55DU6500 a nine out of ten in this sound review section. 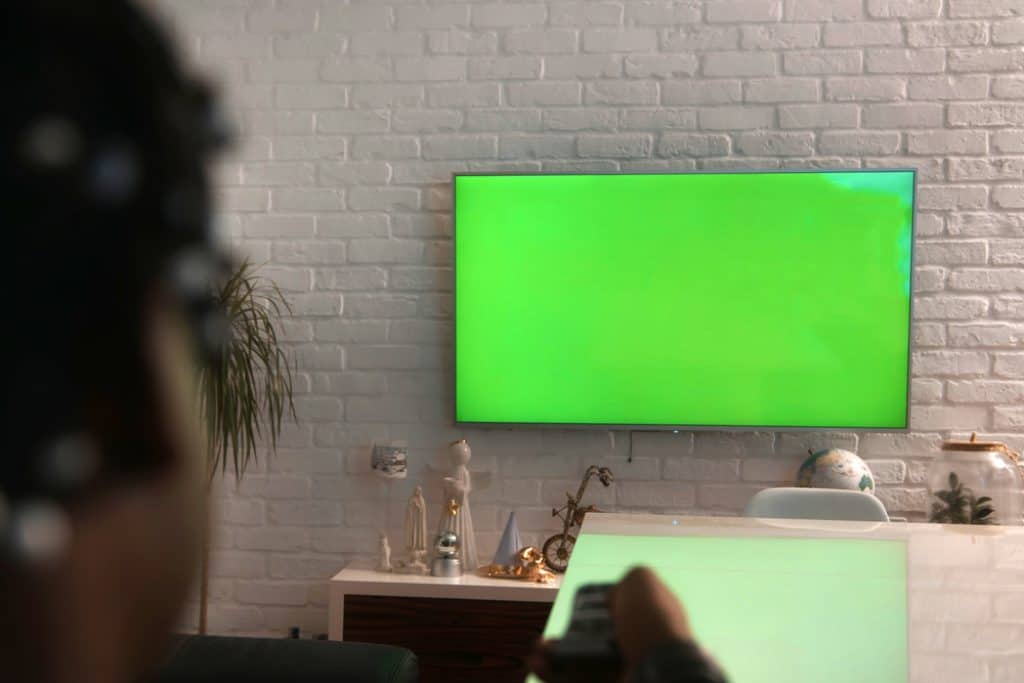 In this section, I will be highlighting the ports that the Hisense 55DU6500 has to offer.

The Hisense 55DU6500 offers a wide range of port and connectivity options. However, the ports are all on the left side of the TV’s back.

Therefore, if the Hisense 55DU6500 is wall-mounted, accessing the ports will be somehow difficult.

That said, the Hisense 55DU6500 offers three HDMI ports. Unfortunately, none of these HDMI ports supports ARC (Audio Return Channel), which allows you to connect a soundbar.

Although there are other ways to connect a soundbar to the TV, using an ARC-HDMI port is far the easiest. On a positive note, there are two USB ports on the Hisense 55DU6500.

Also, the television features an Ethernet port, AV port, an RCA component video input, and an RCA composite video input. In terms of wireless connectivity, the Hisense 55DU6500 has a built-in 802.11a/b/g/n/ac WIFI.

Surprisingly, this television doesn’t come with Bluetooth. Considering the television’s price, the lack of Bluetooth is a major flaw.

This is because even some inexpensive televisions come with Bluetooth even though it isn’t the latest version.

Enough with the lack of Bluetooth issue, now let us talk about the included remote control. The Hisense 55DU6500 features a portable remote with a matte-black finish.

At the center of this remote, there is a circle-shaped navigational button. Moreover, above this remote control, you will find a full number pad.

Also, very close to the bottom of the remote, there are six dedicated buttons for quick access to streaming apps. These streaming apps include Tubi, Netflix, YouTube, Amazon Prime Video, Disney+, and Peacock.

Impressively, this remote has an in-built microphone at the top. Therefore, it supports voice control via Google Assistant.

To use this voice control feature, you have to hold down the Google Assistant button located below the circular navigational button. Then, you speak into the in-built microphone.

Nevertheless, the television makes up for these flaws by including a voice remote control. As a result, I will rate the Hisense 55DU6500 an eight out of ten in this port and connectivity features review section.

This Android TV OS version 9.0 offers a smooth, bug-free, and responsive interface. Also, as expected, this operating system comes with quite a number of streaming apps.

A few major steaming apps you will find on this OS include Netflix, Amazon Prime Video, YouTube, and Disney+. Moreover, if you wish to install more streaming apps on this OS, you can easily download them from the Google Play store.

Impressively, the Android TV OS supports Apple AirPlay, which allows you to stream content from your iOS devices to the Hisense 55DU6500 TV.

That said, the Android TV OS on the Hisense 55DU6500 supports Google Assistant voice input. Thus, using the television’s remote, you can select apps, and obtain general information such as weather reports using your voice.

In conclusion, although the Android TV OS on the Hisense 55DU6500 isn’t the latest version, it is very functional. Also, the interface of the operating system is user-friendly and the OS offers major streaming apps.

Hence, I will rate the Hisense 55DU6500 a nine out of ten in this smart features review section.

Yes, it is. The Hisense 55DU6500 comes with an impressive smart TV operating system called the Android TV.

4. How Long Does Hisense TVs Last?

Hisense TVs are said to last about seven years. However, how long a Hisense TV would actually last depends on how you use it.

6. Is Hisense A Chinese Company?

They are, indeed. Hisense is a Chinese electronics manufacturer that has a headquarter in Qingdao, Shandong Province, China.

With all honesty, I believe the Hisense 55DU6500 is worth more than its $986.72 price tag. There is literally nothing to hate about this television except for its lack of Bluetooth.

That’s not all, this television also has quite a number of ports. Moreover, the television’s Android TV OS offers the majority of the popular streaming apps including Netflix.

Overall, if you need a performing 4K smart TV, the Hisense 55DU6500 is the one for you!

Samsung ditches the physical bezel, picks up a Pro Model for the Galaxy Watch 5 – TechCrunch