Here are our favorite cool, funny and bizarre science stories of 2021

A range of cool discoveries, technological milestones and downright bizarre scientific feats — cows can be potty trained? — gave us a chance to gab about something other than the pandemic.

Fusion of the future

Hopes for making nuclear fusion the clean energy source of the future got a boost in August when a fusion experiment released 1.3 million joules of energy (SN: 9/11/21, p. 11). A big hurdle for fusion energy has been achieving ignition — the point when a fusion reaction produces more energy than required to trigger it. The test released about 70 percent of the energy used to set off the reaction, the closest yet to the break-even milestone.

In fusion experiments at the National Ignition Facility, lasers (blue in this artist’s rendering) blast a tiny cylinder containing a fuel capsule (white sphere). That process produces X-rays that vaporize the capsule’s exterior and compresses the fuel to the extreme pressures and temperatures needed to drive fusion.Lawrence Livermore National Lab

In a first, a pig kidney was attached to a human, and the organ functioned normally during 54 hours of monitoring (SN: 11/20/21, p. 6). This successful surgical experiment marks a milestone toward true animal-to-human transplants, which would broaden the supply of lifesaving organs for people in need. 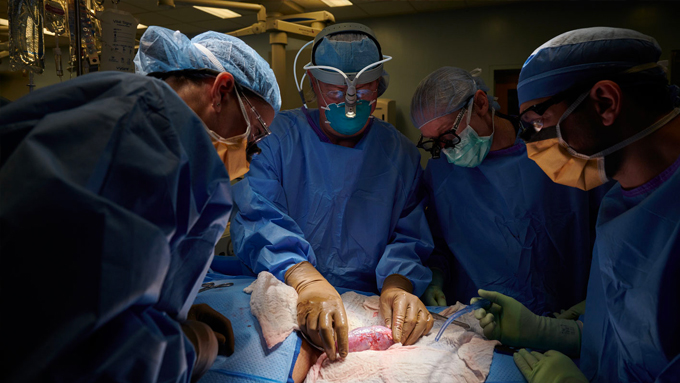 A surgical team at NYU Langone Health in New York City attached a pig kidney to a human patient in a first-of-its-kind procedure. Here, the team examines the kidney for signs of rejection. The kidney functioned normally for 54 hours.Joe Carrotta for NYU Langone Health

In a bone-chilling event, astronomers caught a star swallowing a nearby black hole, or perhaps a neutron star, and then getting eaten by its own meal. The resulting spectacular explosion left behind a black hole (SN: 10/9/21 & 10/23/21, p. 6). Astronomers had theorized that such a star-eat-star supernova was possible, but had never observed one. Jets of energy explode from a star that has cannibalized its dead companion in this artist’s illustration.Chuck Carter

Frog cells transformed themselves into tiny living robots (SN: 4/24/21, p. 8). Scientists removed skin stem cells from frog embryos and watched the cells organize into little blobs dubbed “xenobots” that could swim around and even repair themselves, plus move particles in the environment. Xenobots might someday serve a useful purpose, such as cleaning up waterways, the scientists say.

Scientists got an entirely new view of the brain when they took a tiny piece of a woman’s brain and mapped the varied shapes of 50,000 cells and their 100 million or so connections (SN: 7/3/21 & 7/17/21, p. 6). The vast dataset may help unravel the complexities of the brain. 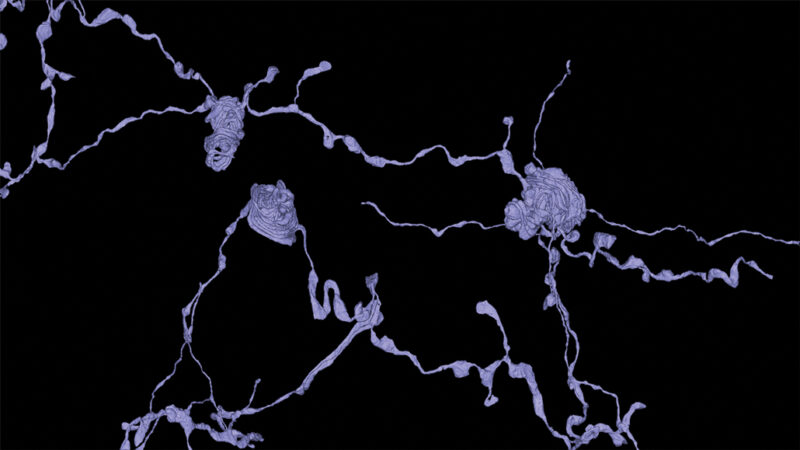 People often add even when subtracting is the way to go, scientists found after asking volunteers to tackle a variety of puzzles and problems, including stabilizing a Lego structure and optimizing a travel itinerary (SN: 5/8/21 & 5/22/21, p. 8). The tendency to think in pluses instead of minuses could be at the root of modern-­day excesses like cluttered homes, the researchers speculate. 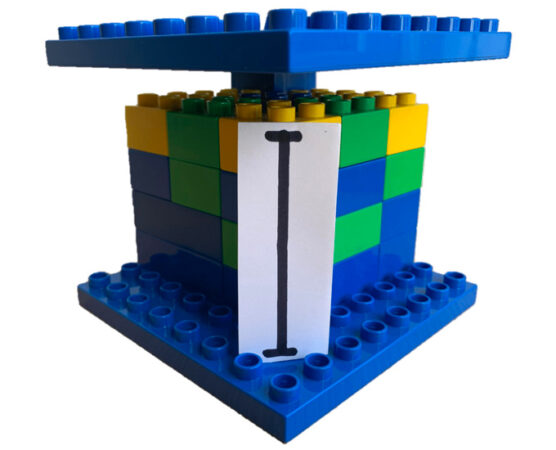 In an experiment, participants had to stabilize a Lego roof over a figurine, represented by the piece of paper. Most people added pieces even though each piece cost 10 cents. Only when researchers specified that subtracting pieces was free did more people remove the destabilizing block and rest the roof on top of the wide pillar.Adams et al/Nature 2021

Can farmers reduce pollution by sending cows to the loo? The answer might very well be yes. In a unique experiment, scientists trained cows to answer nature’s call by using a bathroom stall that gathers urine (SN: 10/9/21 & 10/23/21, p. 24). In the future, collected cow urine, which could otherwise pollute the environment, might be used to make fertilizer.

Researchers successfully trained 11 calves, such as this one, to urinate in a bathroom stall. Once the cow relieved itself, a window in the stall opened, dispensing a molasses mixture as a treat. Toilet training cows on a large scale and collecting their urine to make fertilizer could cut down on agricultural pollution, the team says.

The intense heat and pressure of the first atomic bomb test, in 1945, left behind a glassy substance known as trinitite — and something even stranger. Within the trinitite, scientists discovered, is a rare form of matter called a quasicrystal (SN: 6/19/21, p. 12). Quasicrystals have an orderly structure like a normal crystal, but that structure doesn’t repeat. Previously, these crystals had been found only in meteorites or made in the lab. 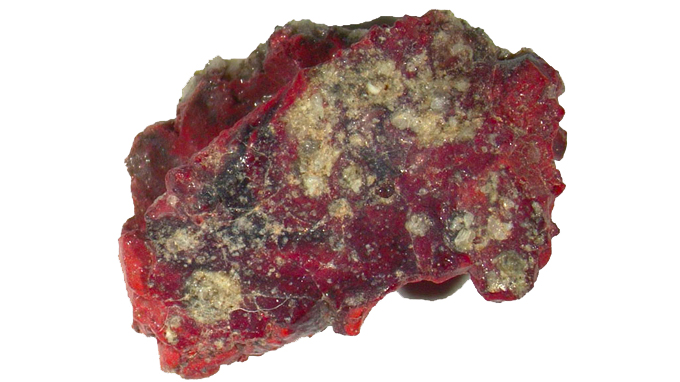 Red trinitite (shown) was formed from melted sand, copper wires and other debris in the aftermath of the Trinity nuclear test.Luca Bindi and Paul J. Steinhardt

Case of the missing genes

A foul-smelling Southeast Asian plant named Sapria himalayana has lost about 44 percent of the genes found in most other flowering plants (SN: 3/13/21, p. 13). S. himalayana parasitizes other plants to get nutrients, so it’s not so surprising that it has entirely purged its chloroplast DNA. Chloroplasts are the structures where photosynthesis, or food making, typically occurs. S. himalayana appears to steal more than nutrients — more than 1 percent of its genes come from other plants, perhaps current or past hosts. 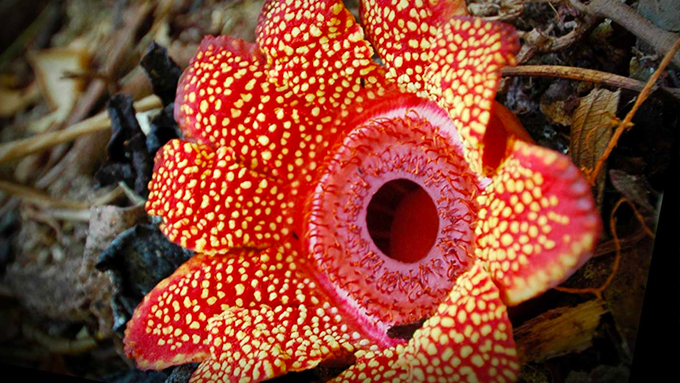 Sapria himalayana, a native to Southeast Asia, is an endoparasite, living inside its vine host for years before emerging as a speckled flower that can measure 20 centimeters across.C. Davis/Harvard University

Identical twins may not be genetically identical, after all. They differ by 5.2 genetic changes on average, researchers reported (SN: 1/30/21, p. 15). That means differences between such twins may not be solely due to environmental influences. In other DNA accounting, scientists estimated that 1.5 percent to 7 percent of modern human DNA is uniquely human, distinct from the DNA of Neandertals, Denisovans and other ancient relatives (SN: 8/14/21, p. 7).

Not Every Mom Gets Baby Fever

Who Were the Denisovans? | Discover Magazine

Solar Power Could Boom in 2022, Depending on Supply Chains

Most Effective Strategies That Make Your Digital Marketing Campaign Successful